Google Maps Are A Constant Source Of “What The Hell Is That?!” (14 pics)

The Coca-Cola logo on a mountain 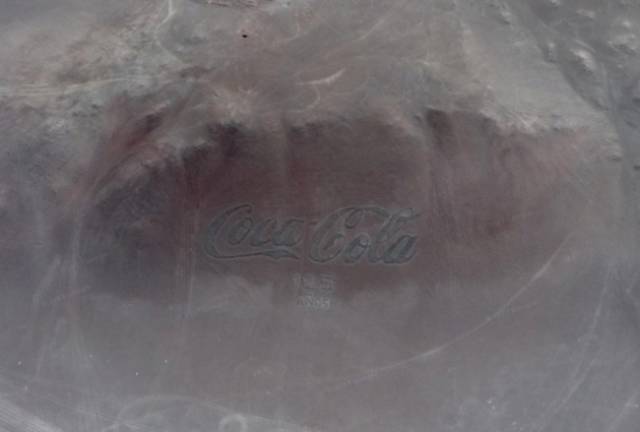 The world’s largest Coca-Cola logo was constructed on the slope of a mountain near Arica City, Chile. The logo was made to celebrate the 100th anniversary of Coca-Cola in 1986 and was composed of 70,000 empty Coke bottles.

A mysterious pyramid discovered in Antarctica 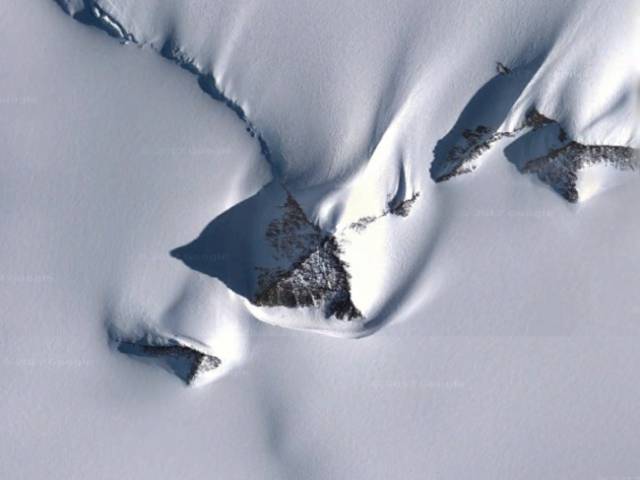 The question of whether this pyramid-shaped structure hidden in the snow of Antarctica is the legacy of another ancient civilization is still open to debate. Supporters of this theory believe that this was the reason for the Third Reich’s extreme interest in Antarctica. Others are convinced that this mysterious pyramid is the legacy of the legendary Atlantis.

A cruise ship among skyscrapers 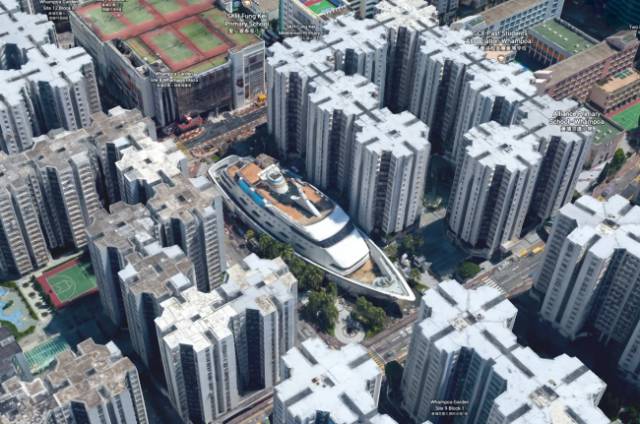 The first thought that comes to mind after seeing this picture is that the captain went mad for a moment and headed for land. In fact, this building is a shopping center in Hong Kong. It looks especially splendid at night when all the lights are on.

The footprint of a giant 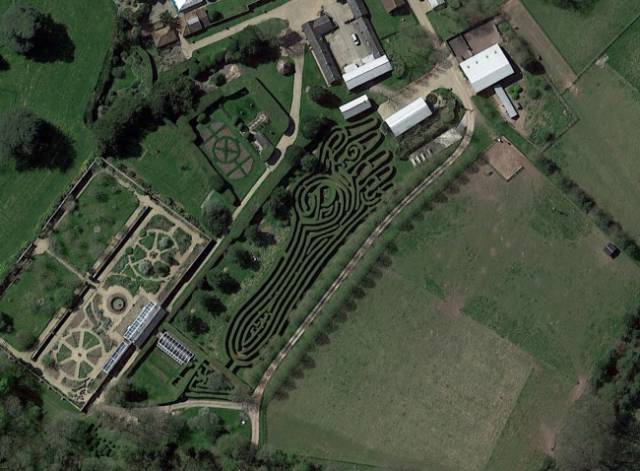 This unusual maze similar to the footprint of a giant is located in a small village near the county of Hampshire. This is the longest maze in England (377 ft).

Gulliver, tied down to the roof of a building 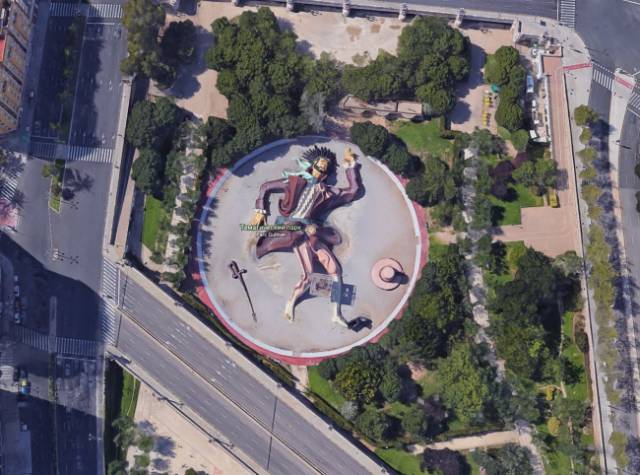 One of the world’s strangest children’s playgrounds is situated in Valencia, Spain. With numerous slides, secret passages, and a huge wide bench for parents, the structure looks like an amusement park.

How to get revenge on your "asshole" neighbor 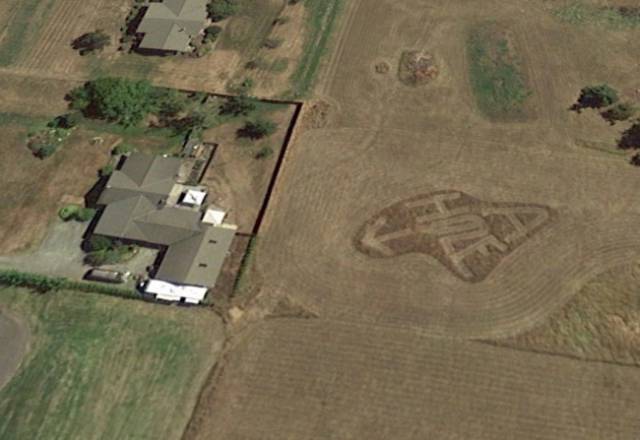 The quarrel between the two neighbors started in 2009. One of them came up with an unusual revenge idea: he mowed "AHOLE" into a field with an arrow pointing toward his neighbor’s house. 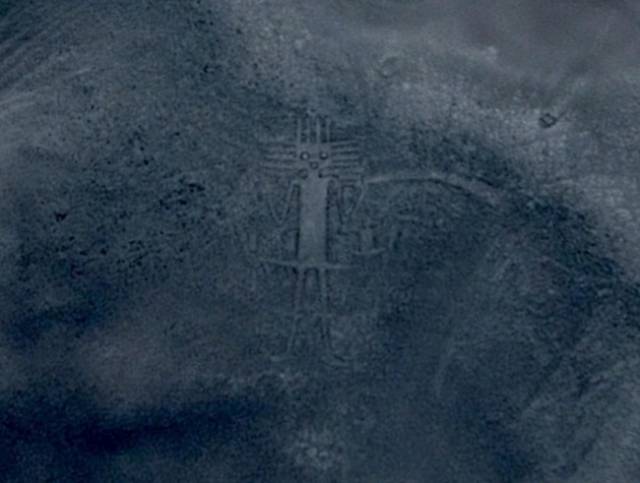 This geoglyph is approximately 9,000 years old. According to one version, this is a divine cat who came from another world. It is located in the driest place on the planet: the Atacama Desert, which hasn’t seen a single drop of rain for centuries.

A huge collection of aircraft 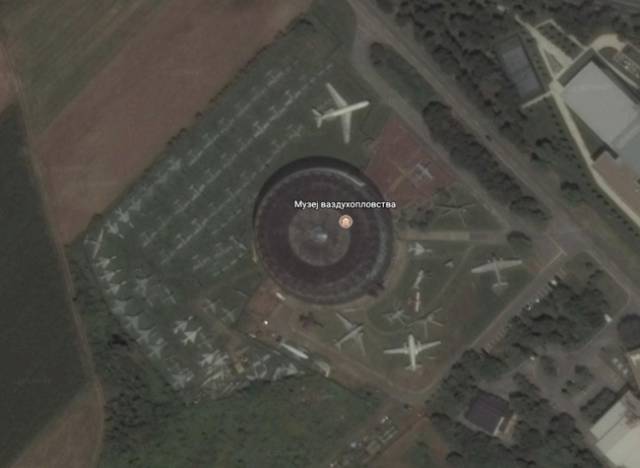 Different types of old and new planes and other aircraft are located next to the small airport in Belgrade in the Museum of Aviation. Visitors can walk around and take a closer look at every detail of the airplanes. The museum owns more than 200 aircraft, including fragments of the American "Stealth" combat aircraft and F-16 Fighting Falcon.

A salt factory similar to a work of art 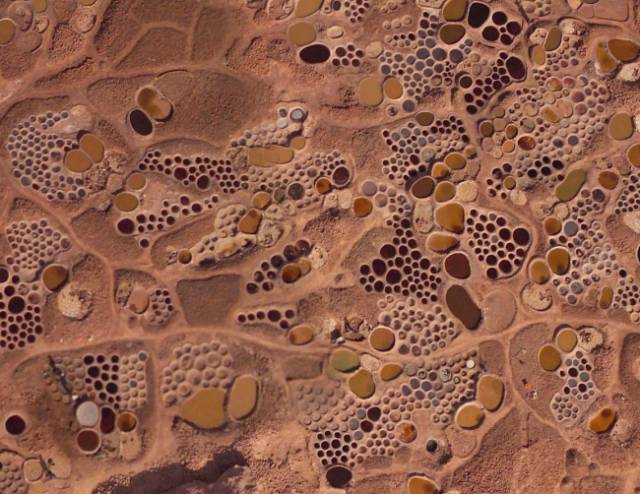 This is a small village in Niger with a population of 50 families. The main occupation of the local people is the extraction of salt from ponds full of mud. Each pond is filled with water, into which a special clay containing salt is placed. The salt water is then drained and filtered. Salt crystals become visible as the water evaporates.

A Turkish flag in Cyprus 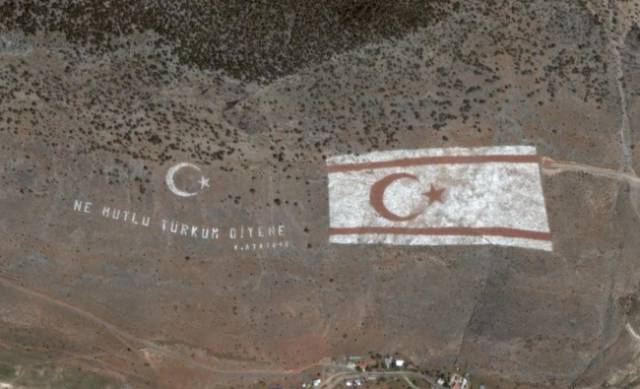 The giant flag of the Turkish Republic of Northern Cyprus is painted on the slope of the Kyrenia Mountains. You can also see the motto of the republic next to the flag: "How happy is the one who says I am a Turk!" This is a phrase from the speech of Mustafa Kemal Ataturk, delivered for the 10th anniversary of the Republic of Turkey. 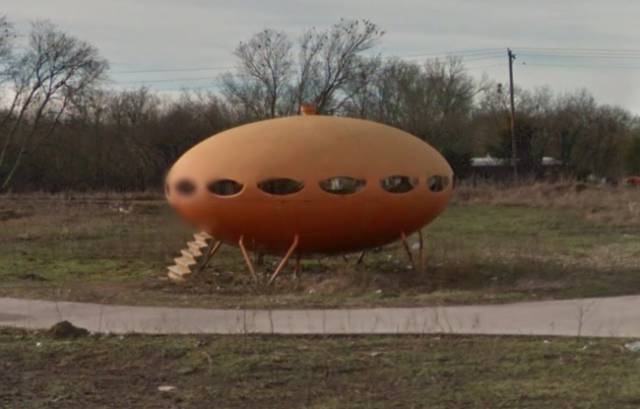 It seems a real alien spaceship has landed in Texas. In fact, it’s a local attraction called Futuro House. It was designed by Finnish architect Matti Suuronen in the 1960s. This architectural design once was very popular and represented people’s hope for future technologies. Today, only 30 Futuro Houses exist in different parts of the world.

This is what separated Antarctica from South America 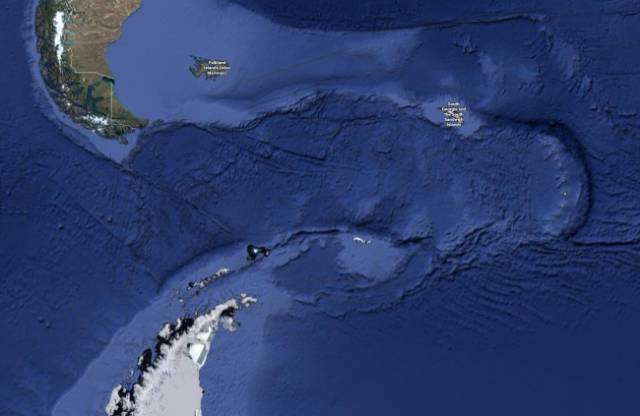 This is another highly controversial thing spotted on Google Maps. Some scientists believe that the separation of the two continents was caused by a huge meteorite that hit Earth. Anyway, take a look at this picture — there may be some truth in this theory.

A waving man in Australia 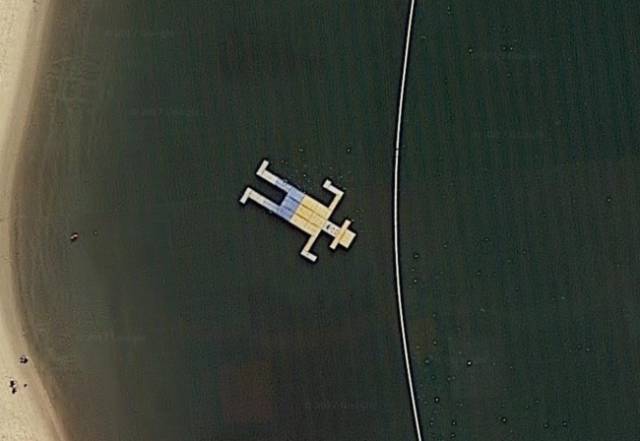 This funny waving guy on the Australian Gold Coast is visible even from space. In fact, this is an ordinary floating pontoon for children, and it’s part of a small amusement park on the shore.

The satellite picture of a giant crab lurking off the shore of Whitstable, Kent, immediately went viral as soon as it was shared online. This massive crab was thought to be 50 ft wide and was dubbed "Crabzilla."