Some Teenagers Are Better Tattoo Artists Than Adults! (14 pics + 1 gif) 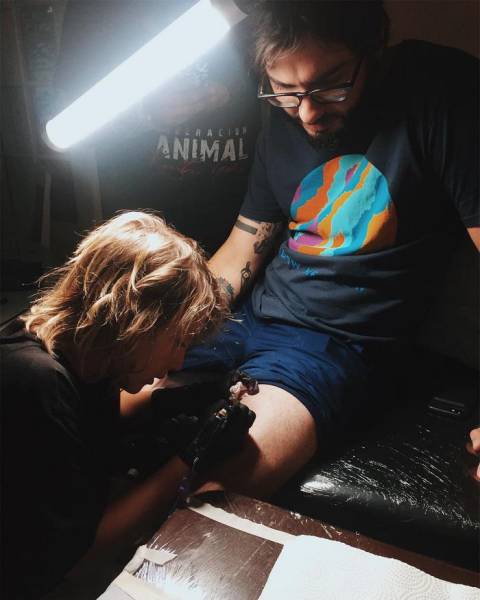 But that doesn’t stop him from tattooing other people!

Sometimes he practices on oranges and grapefruits, but he’s also tattooed over twenty people as well! 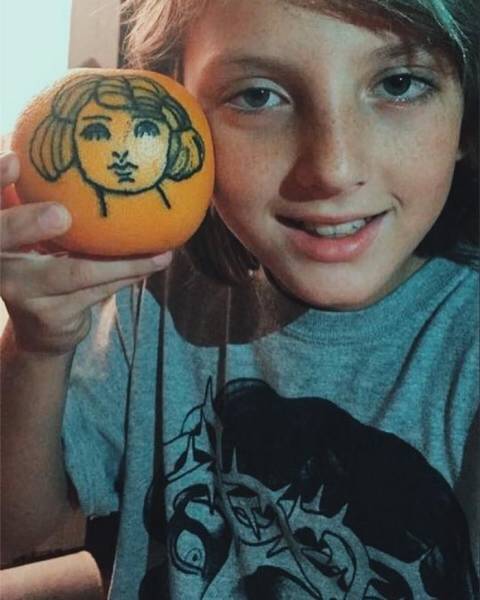 His name is Ezrah Dormon, but people call him The Shark 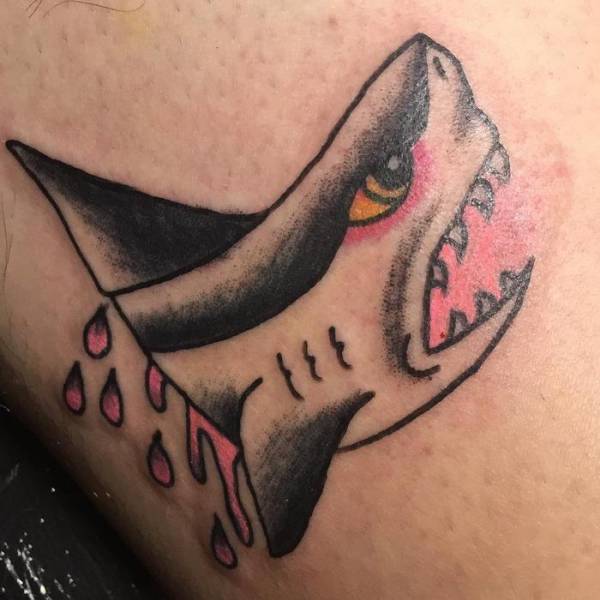 With his mom’s permission, the owner let Ezrah ink a part of the tattoo she was getting 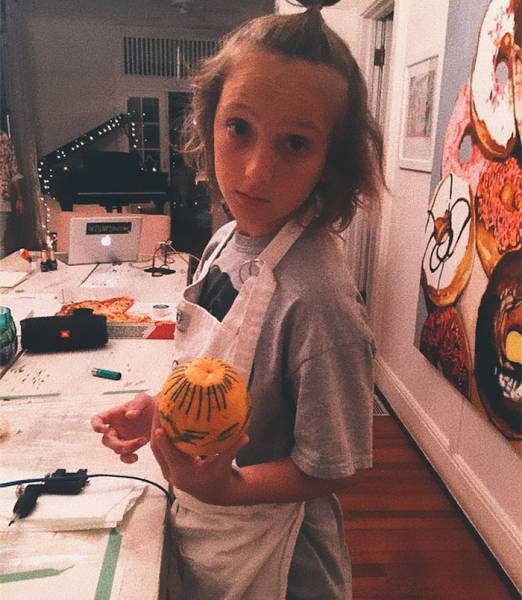 After that, he was hooked 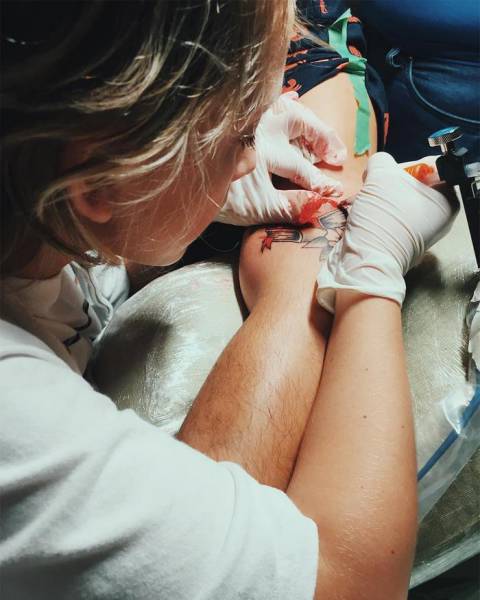 The shop’s owner, Ali Garcia, has been showing him the ropes ever since 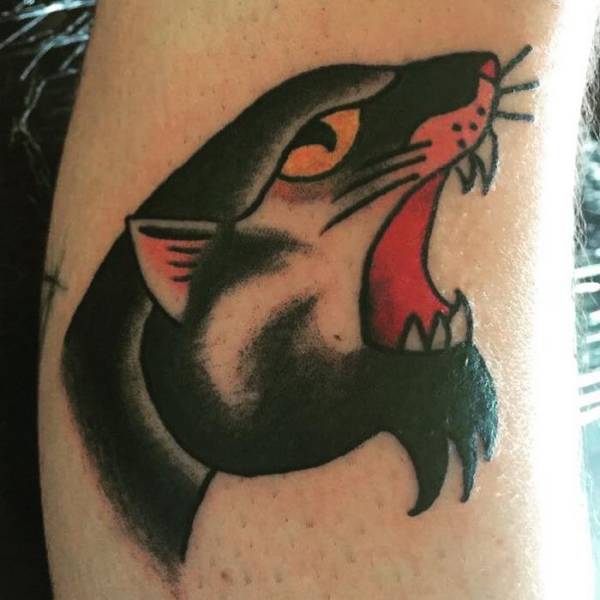 He’s taught him how to draw various designs 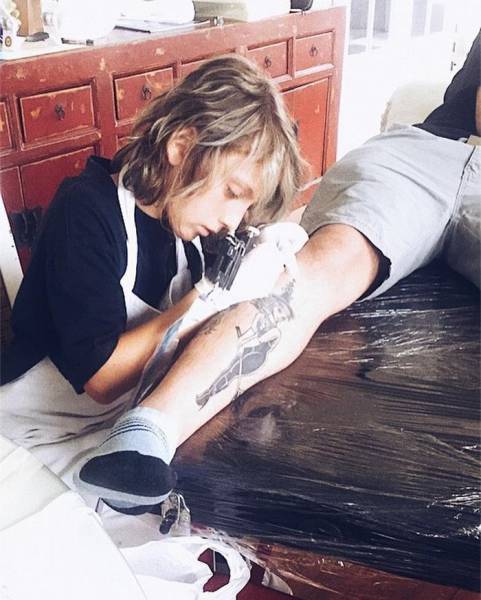 So far he can draw panthers, swallows, snakes, roses, and – of course – sharks 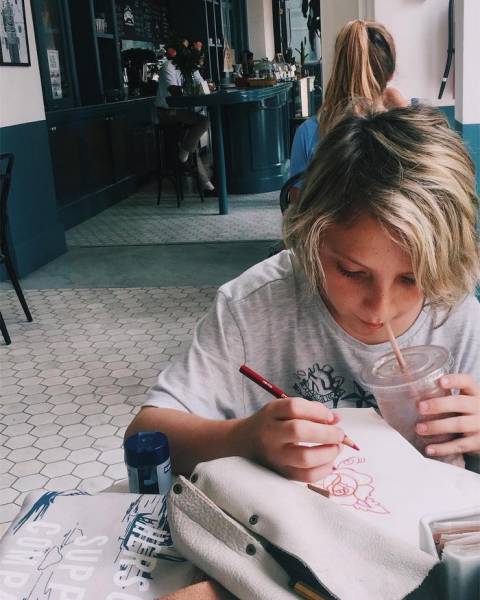 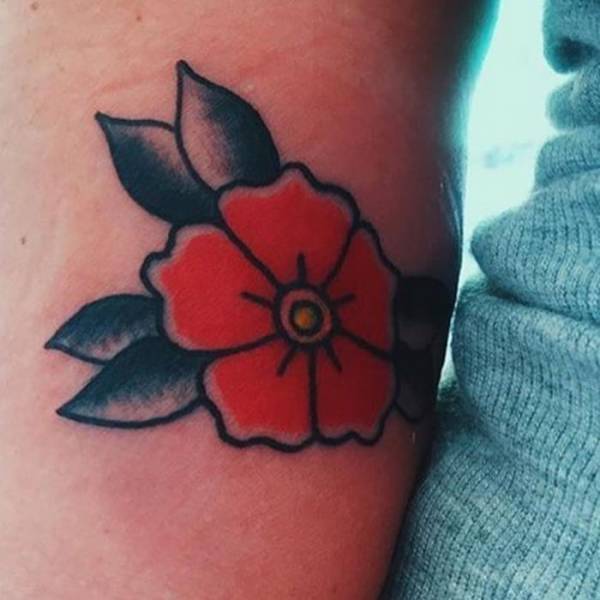 He’s even tattooed his own math teacher! 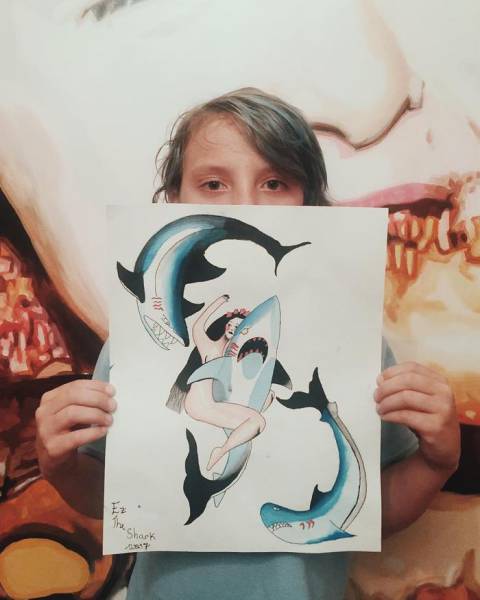 There’s no denying that the kid has some incredible talent 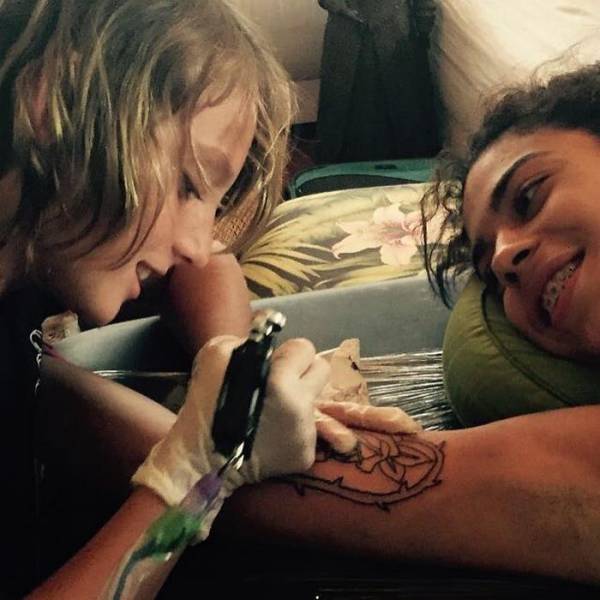 But some people weren’t sure what to think 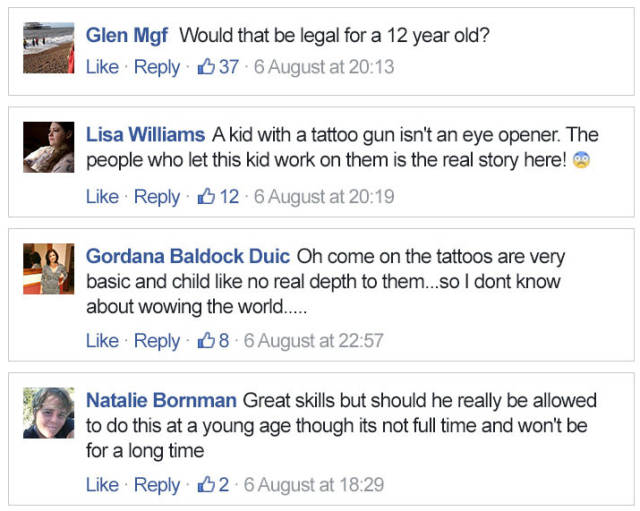 Others however had nothing but praise for the youngster 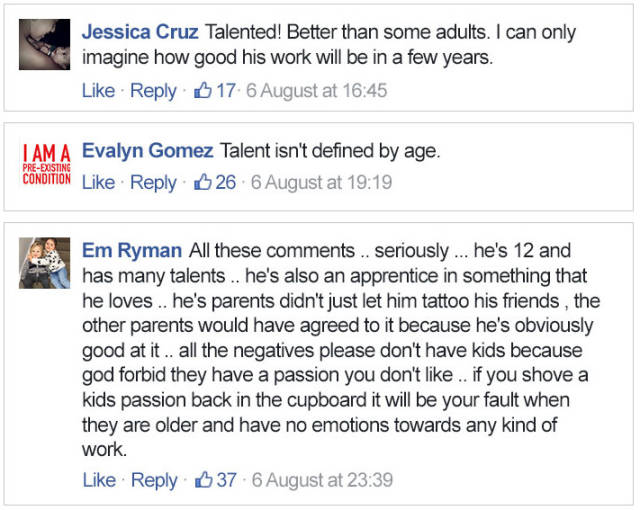