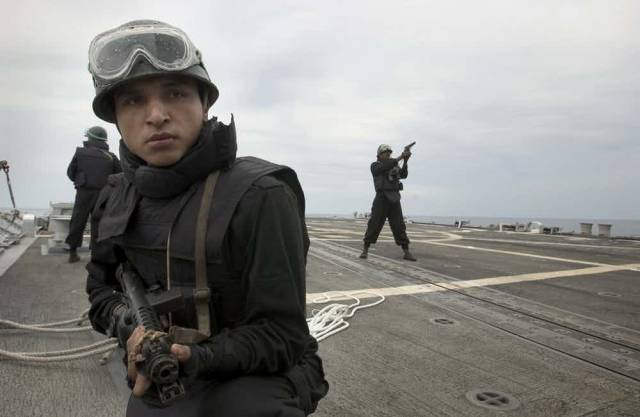 MARCOS, formerly known as Marine Commando Force is India’s special forces group that is formed with the country’s most elite combatants.  The group is responsible for a few operations that include but is not limited to amphibious warfare, close quarter combat counter-terrorism, unconventional rescue, personnel recovery, and hostage rescue.

The training MARCOS personnel go through is patterned after the training of the US Navy SEAL. Their standard training is supplemented further with training from the British SAS  and Guerrilla Warfare training at Vairangte. Aside from the physical training, MARCOS personnel are also trained emotionally. This is to ensure that the MARCOS are prepared for any situation that comes to them.

One of the latest exploits of the group was an anti-piracy operation back in 2013. A group of 9 MARCOS personnel hijacked an Iranian cargo ship. The ship was used to smuggle weapons and other illegal items.