London-based fitness blogger Lucy Montain is here to remind us that there is more to a balanced diet that just calorie counting. 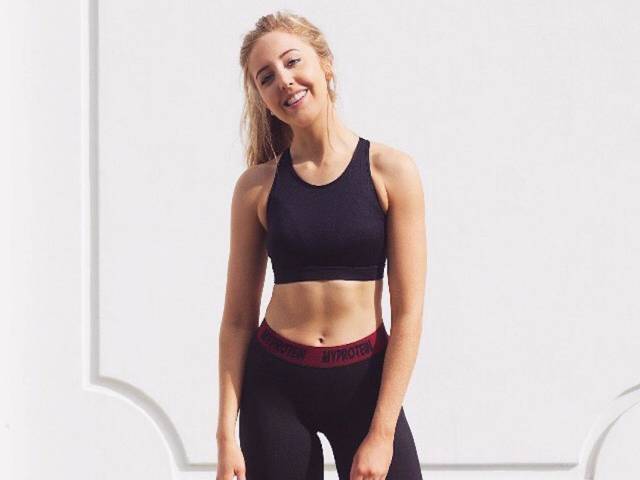 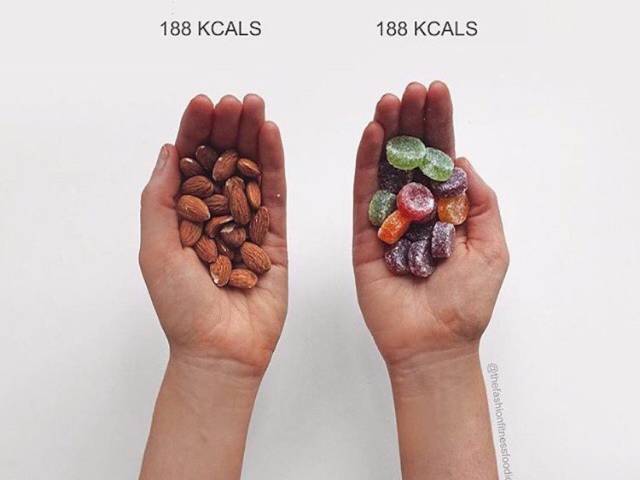 A handful of almonds have the same number of calories as a packet of Fruit Pastilles candy.

She makes the point that while the "healthy" food typically has more micronutrients, it's not just about that or the number of calories. 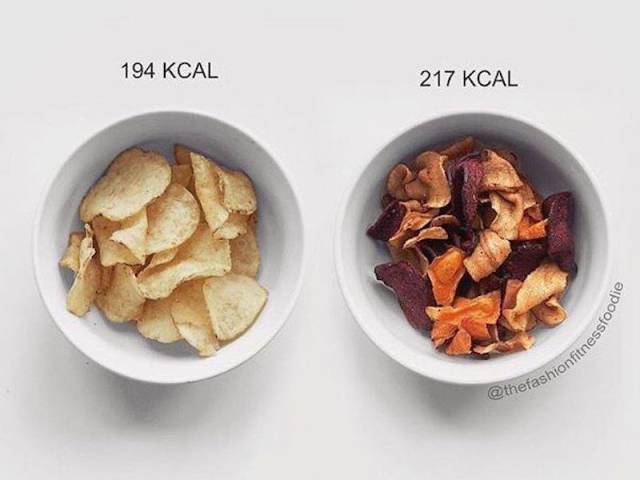 It's about eating what you want and what's going to make you feel best. 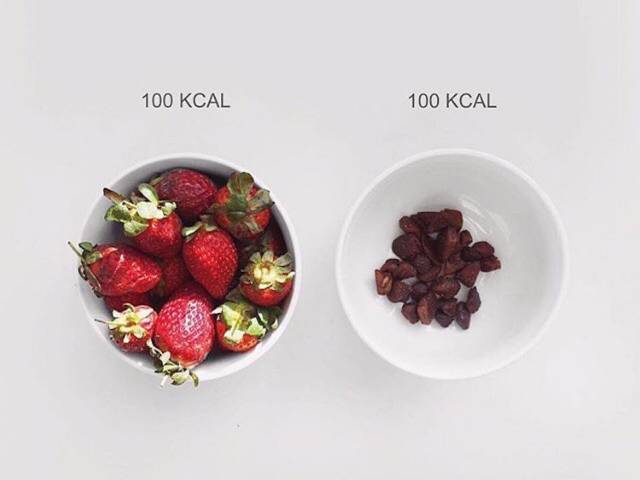 Mountain doesn't believe in restriction, and she doesn't think it's necessary for maintaining a "healthy diet." Instead, she believes in moderation. 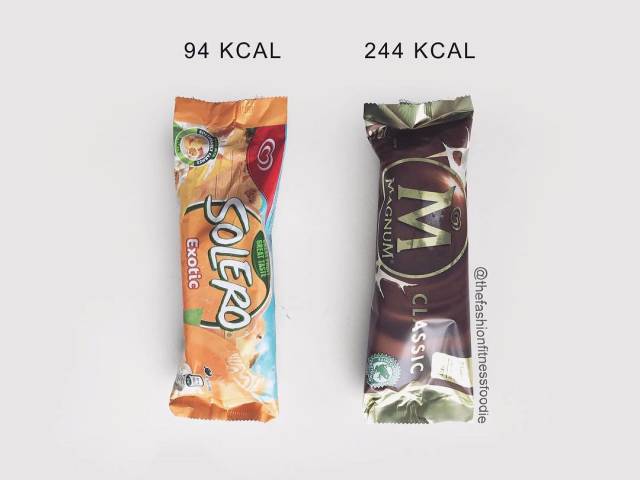 Mountain says there's no need to cut foods like ice cream completely out of your diet.

"Moderation is key, and this will look different on different people depending on the person, their fitness goal, and their lifestyle," Mountain said. 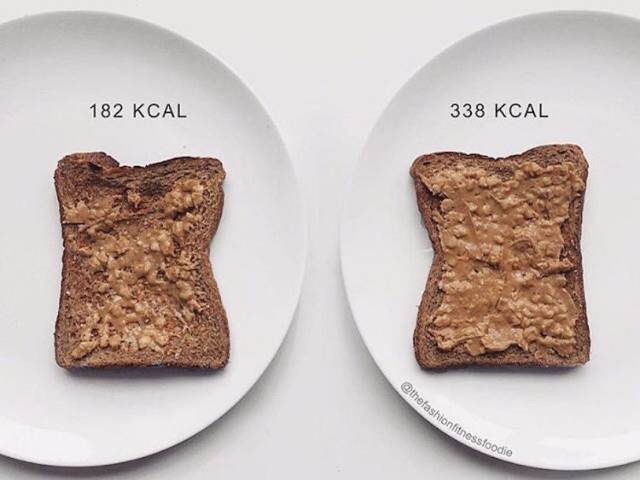 Both of these pieces of toast are made with peanut butter; the one on the right just has much more.

She makes the point that no one food alone will cause weight gain. An excess of calories from any food can make this happen. 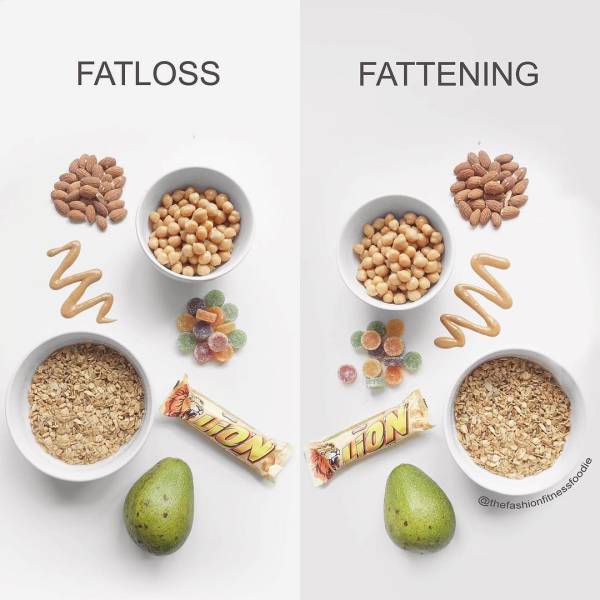 Mountain says no single food will cause weight gain or weight loss.

Mountain encourages her followers to look at the big picture. "Having a chocolate bar in a day of well balanced meals and adequate micronutrients doesn't suddenly make it 'unhealthy,'" she said. 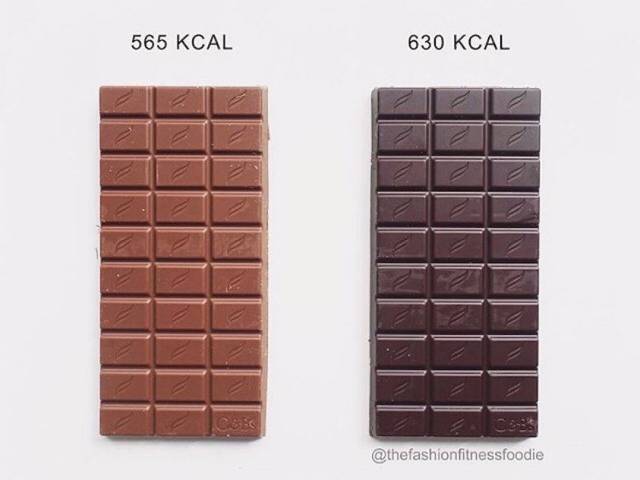 Dark chocolate is often labeled "healthier" than milk chocolate, but it also has more calories.

She's all about enjoying the foods you eat; regardless of whether your fitness goal is losing, maintaining, or gaining weight. She says she doesn't consider any foods "treats." 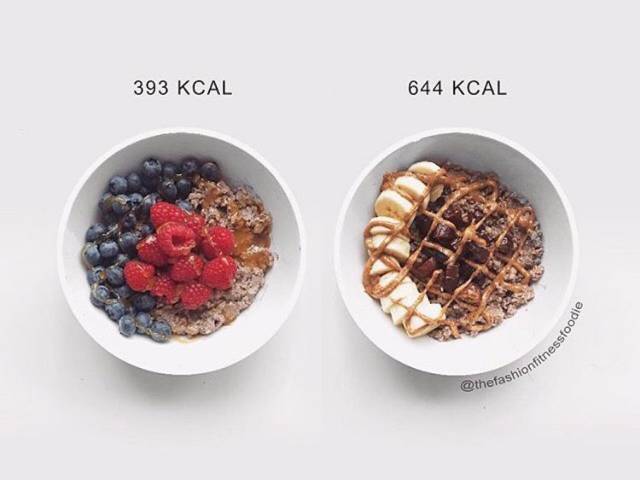 The bowl on the left is topped with blueberries, raspberries, and Manuka honey, whereas the bowl on the right has a banana, dates, and almond butter.

Mountain's comparisons also show that small changes to a meal's ingredients can make a big difference in calories. 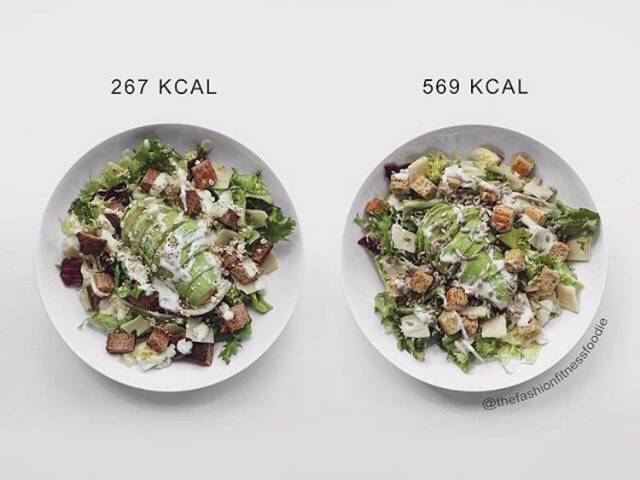 The salad bowl on the right has Parmesan cheese instead of light cheese, sunflower seeds instead of toasted oats, croutons instead of sliced toast, and Caesar dressing instead of homemade dressing. 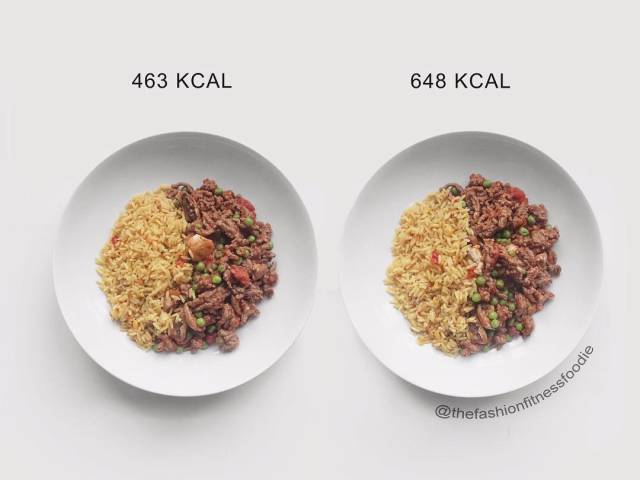 The meat you choose can make a big difference in your meal's calories.

Mountain says there's so much more than calories to take into consideration when looking at food. There are macronutrients (like protein and carbohydrates) as well as how filling and satisfying it is. 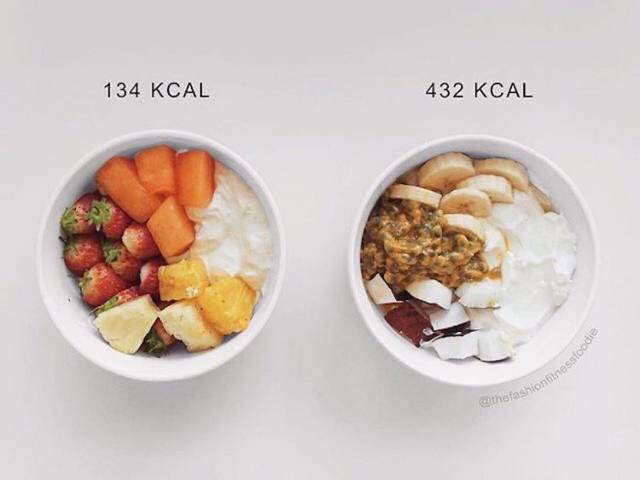 She also warns that food labels can be misleading. 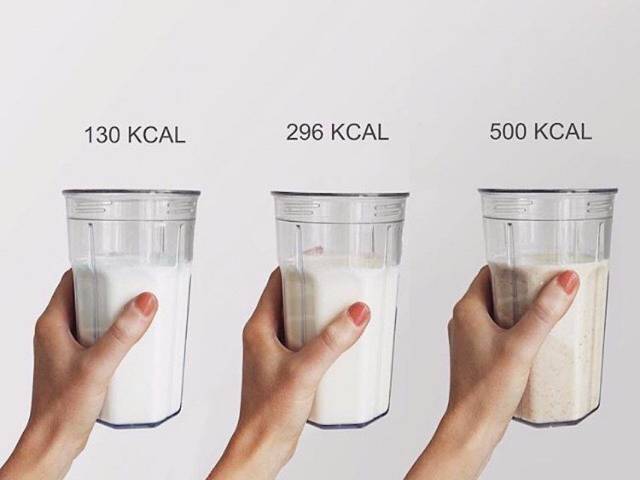