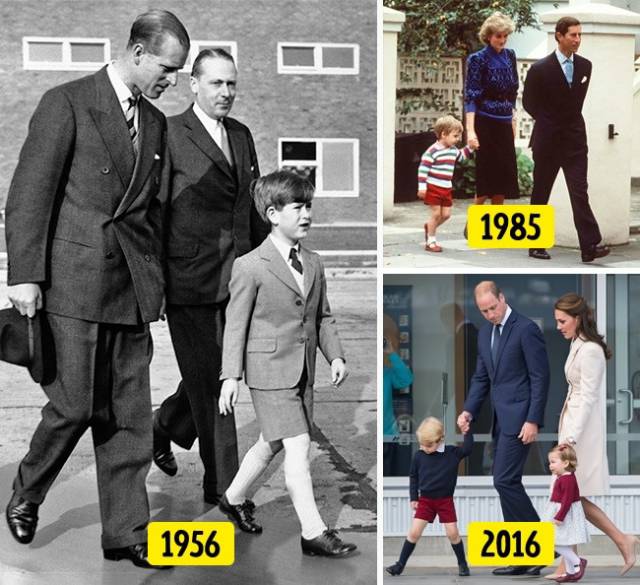 Recently Internet users started wondering why Prince George wears shorts in any weather. The reason is simple: there is a rule in high European society which states that pants can only be worn by adult men. Boys are supposed to dress less "formally," at least until the age of 8. 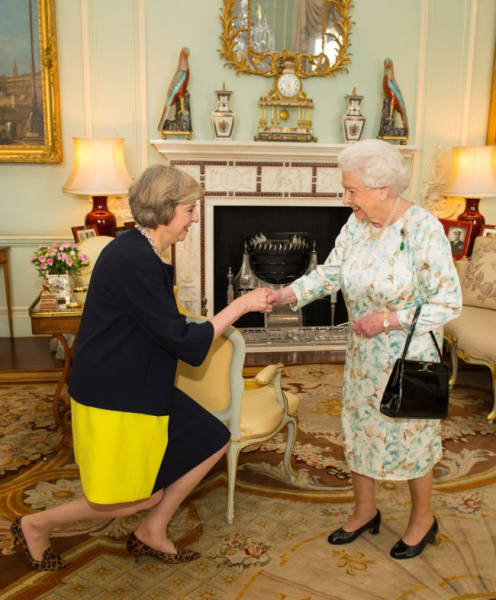 There is no law that prevents the royal family from voting. It means that legally they can vote, but they prefer not to do it so that nobody can accuse them of being biased to one of the candidates. We still wonder if the Queen would have voted for the new Prime Minister, Theresa May (on the left), in the recent election.

Rule #3: They cannot wear black unless it’s a period of mourning.
3 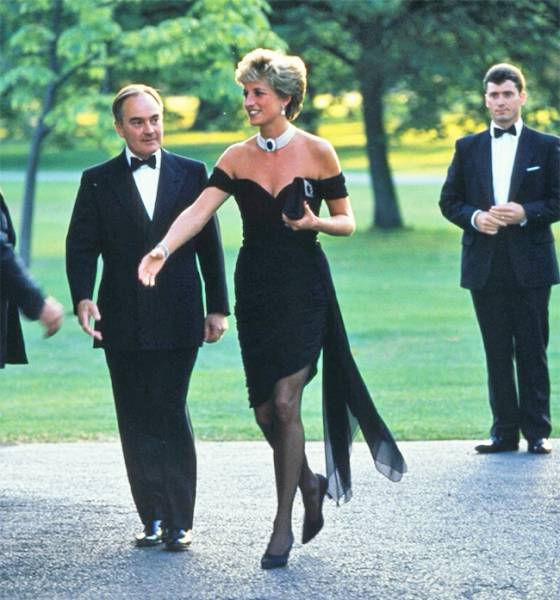 Black, which we all wear every day, is a color of mourning in the royal family. That’s why we’re unlikely to see Prince William’s wife in a black cocktail dress. However, his mother, Princess Diana, dared to break this rule. 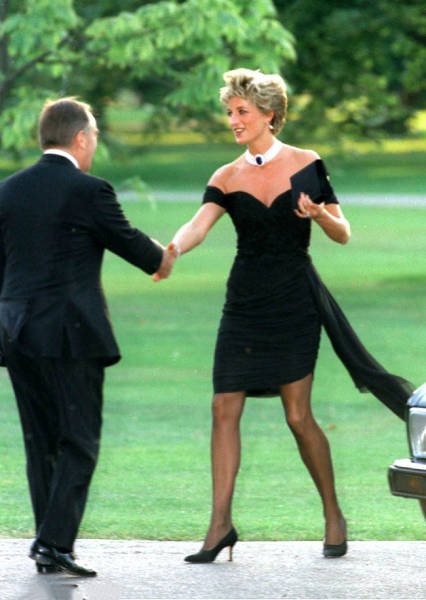 In 1994, when she was still officially married to Prince Charles, she appeared in a stunning black dress at the annual Vanity Fair summer party at the Serpentine Gallery in London. The outfit was later called "The Revenge Dress" because that was the very day when Prince Charles publically confessed his long-term adultery with Camilla Parker Bowles. 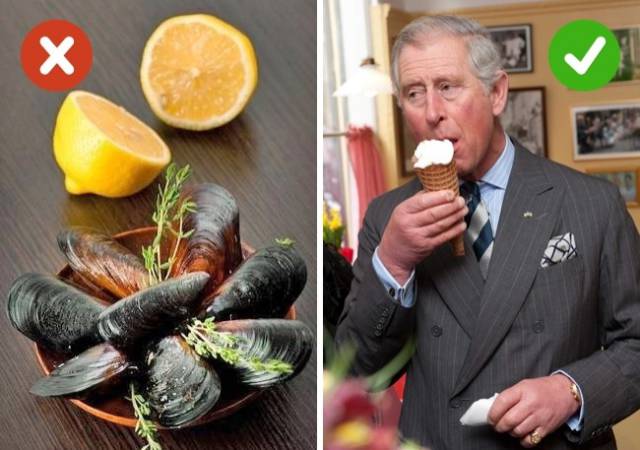 The rule book says that the Queen and her relatives shouldn’t eat shellfish for health reasons. Perhaps it is considered dangerous because of the toxins that clams and mussels can accumulate. This rule is not usually violated, but Prince Charles obviously decided to stand out: he visited the Whitstable Oyster Festival in Kent specifically to eat this prohibited food. Some other foods are also not recommended. Fortunately, ice cream is not on the blacklist. 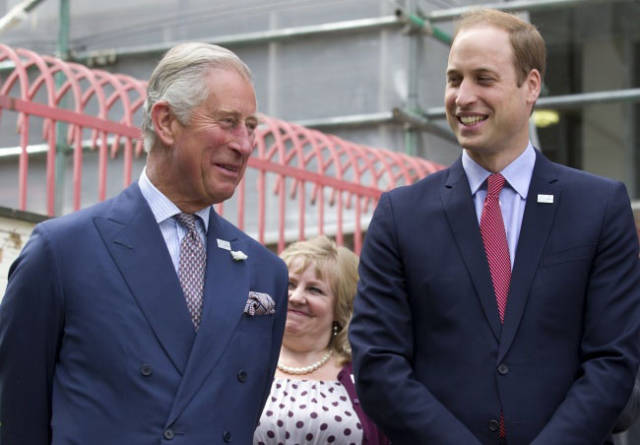 In this case, it all makes sense: unfortunately, planes fall, ships sink, and trains crash. It would be twice as terrible to lose 2 heirs at once. That’s why it’s highly unlikely that Charles and William would travel together. 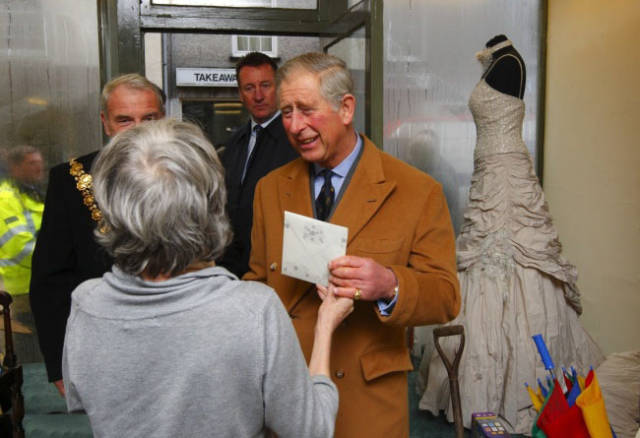 The royal family is very friendly with their fans, and they willingly talk to them during official events. However, there is no way you can get their autograph. It is believed to be dangerous for the royal family to put a signature on anything but official documents. Prince Charles stood out again: in 2010 he signed a fake autograph "Charles 2010″ for one of the victims of the flood in Cornwall.

Rule #7: They cannot practice any religion but Anglican.
8 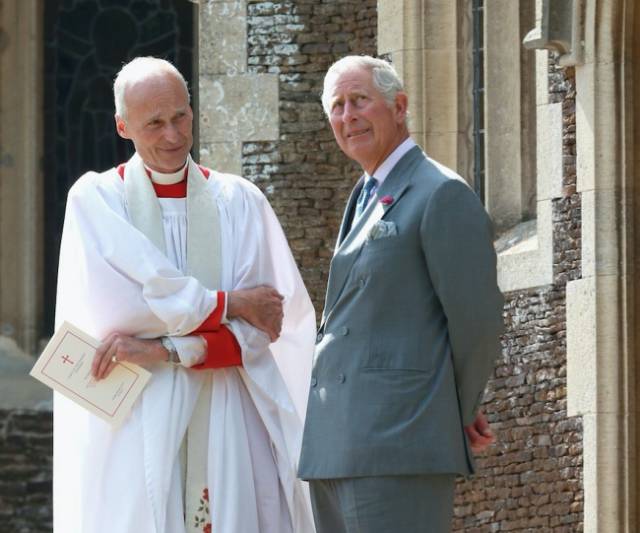 It is a well-known fact that the monarch in Great Britain is also the head of the Anglican Church. So it would be quite strange if he or she practiced a different religion. In the past, the royal family couldn’t marry people of different religious faiths, but as of 2011, this rule was changed. 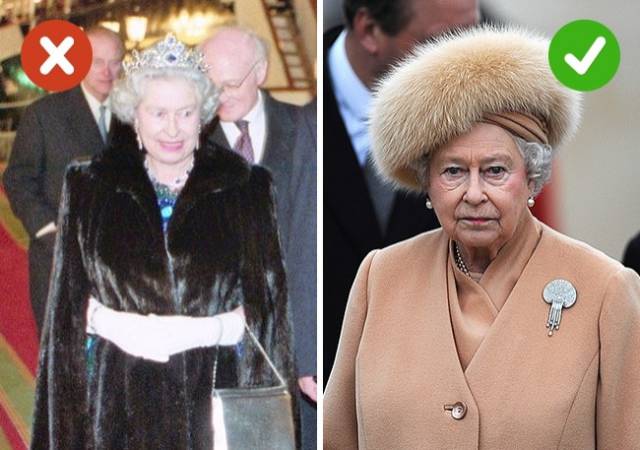 According to the rules, royal clothes shouldn’t be too luxurious. Protocol recommends that the Queen and her relatives do not appear in public wearing fur except on very rare occasions. One of these occasions was the Queen’s visit to Russia in 1993 (the photo on the left). This rule only applies to fur coats — fur collars and hats are acceptable.

Rule #9: The royal family must be together at Christmas.
10 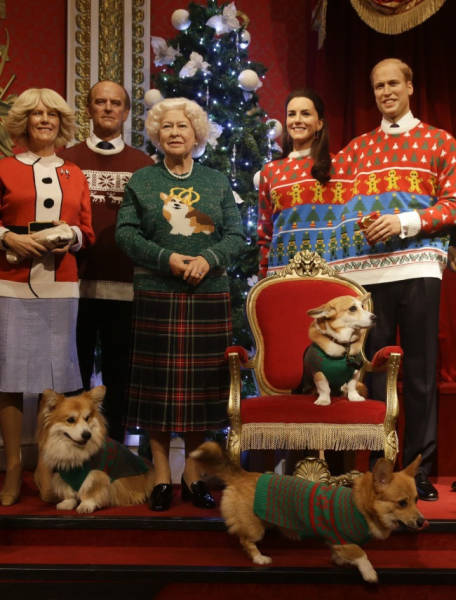 The royal family spends every Christmas together in Sandringham House in Norfolk. They prefer not to share photos of their family holidays. However, Madame Tussauds wax museum imagined what such a holiday might look like and dressed waxworks of the family in funny sweaters. The corgis in the photo are real, and the Queen is famous for her love of this breed.