There is an entirely unintentional easter egg in The Dark Knight Rises.

During the football stadium scene, the camera pans over the crowd to unveil a line of fans holding up letters to spell out “ROGUES” (the Gotham football team). The ‘R’, however, looks identical to the ‘R’ used to identify Robin in the comic books and would appear to be some fairly cool foreshadowing of John Blake’s transformation at the end of the film. Except it’s nothing of the sort! Instead, an extra (and probably die-hard Batman fan) had brought the sign himself, totally unbeknownst to the film crew. 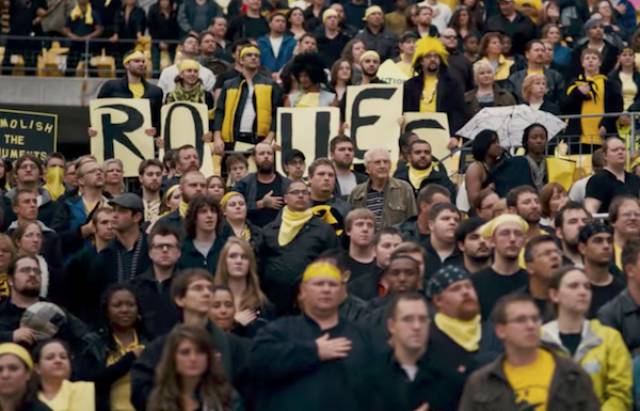