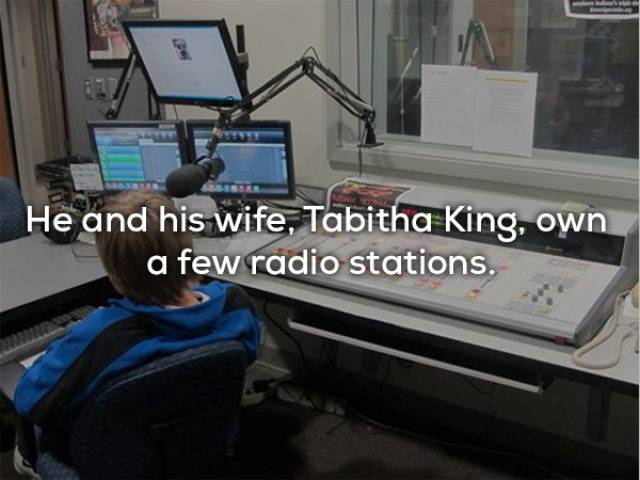 King and his wife are big fans of Rock n’ Roll so they purchased three stations in Bangor, Maine. All three stations are under “The Zone Corporation” name. 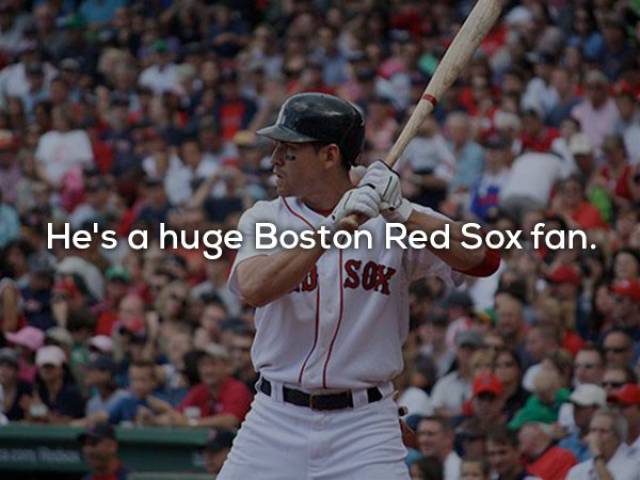 King is such a big Red Sox fan that he co-wrote a book with Stewart O’Nan, chronicling the 04′ season.
3 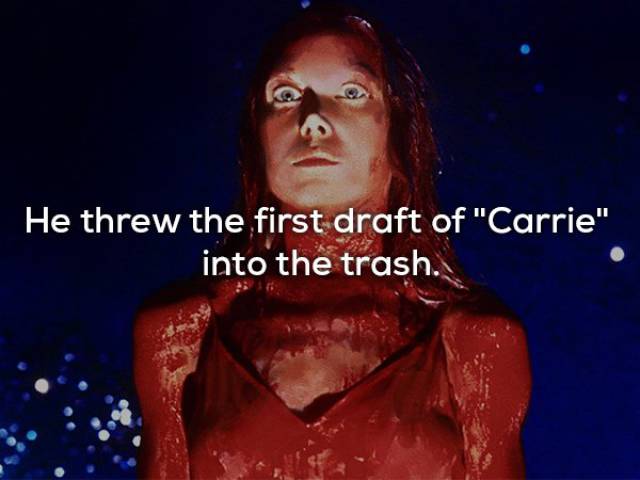 When he wrote the original manuscript for “Carie,” he threw it in the trash upon completion. Luckily for us, his wife Tabitha pulled it out, and it eventually became his first published novel. 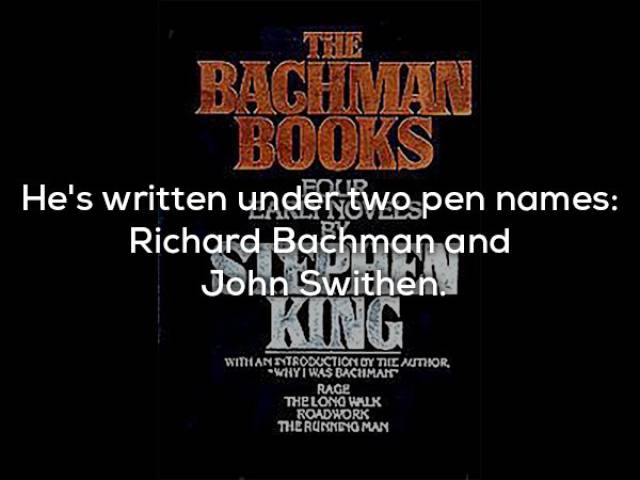 King uses a pen name in order to write more novels a year. 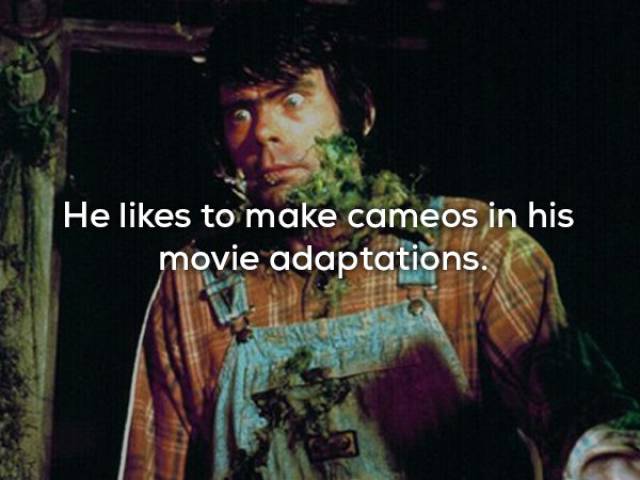 King has made over 14 cameos in both tv and movie adaptations of his books. The Dark Tower series is the saga of books which connect his entire underlying universe together. 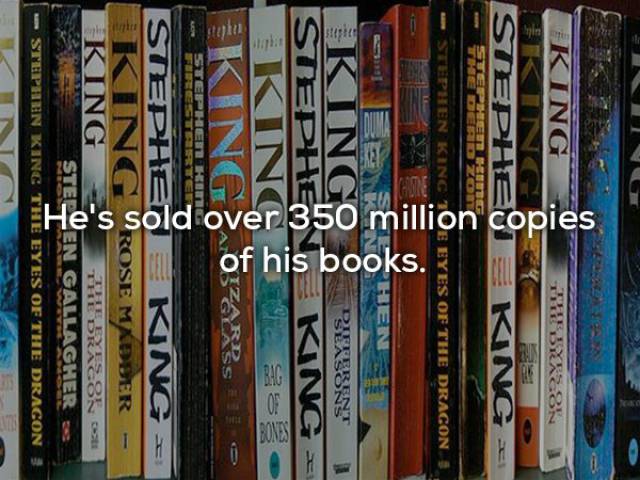 So came the name, “The Master of Horror.” 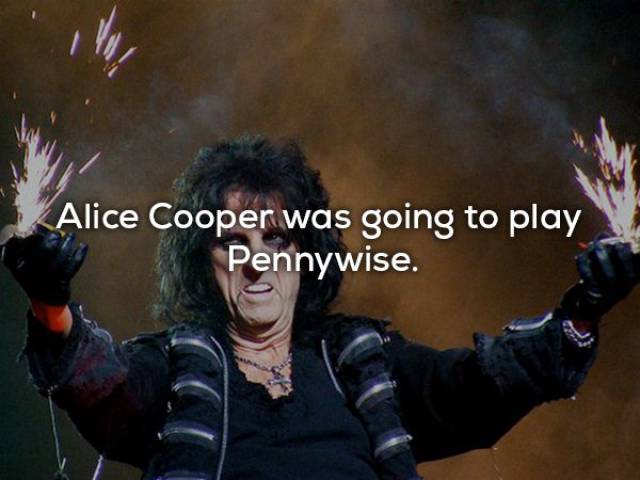 Before Tim Curry nailed the role for the tv miniseries, Alice Cooper was in the running. 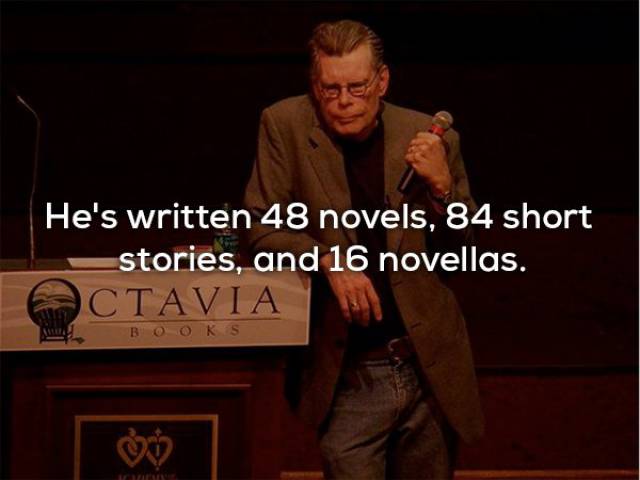 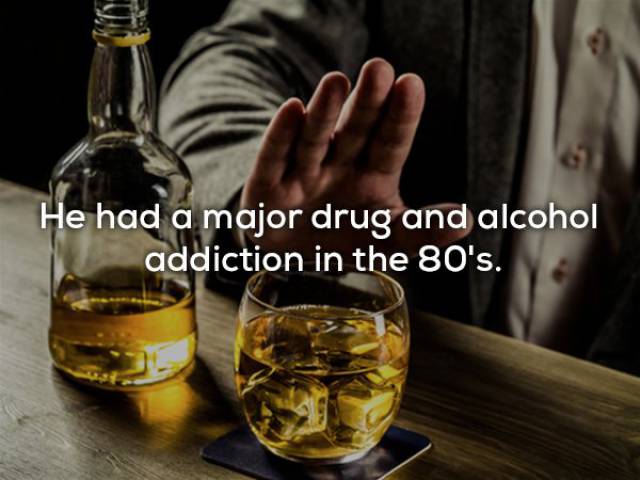 King would partake in drugs and alcohol to escape his troubling past as a child. It took him some years to get clean as he struggled to get off drugs. 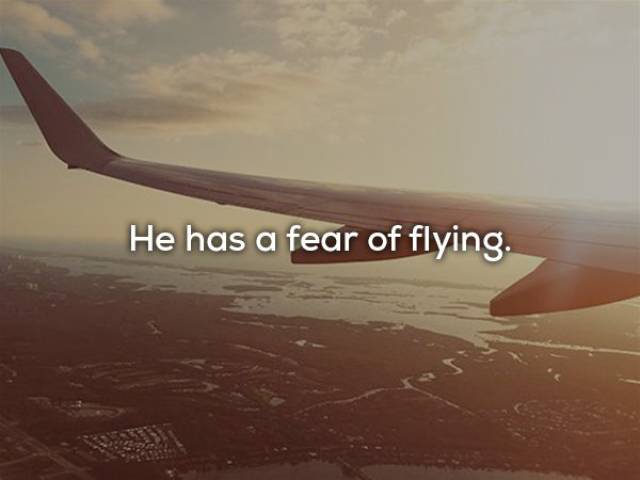 He also has a fear of writers block. 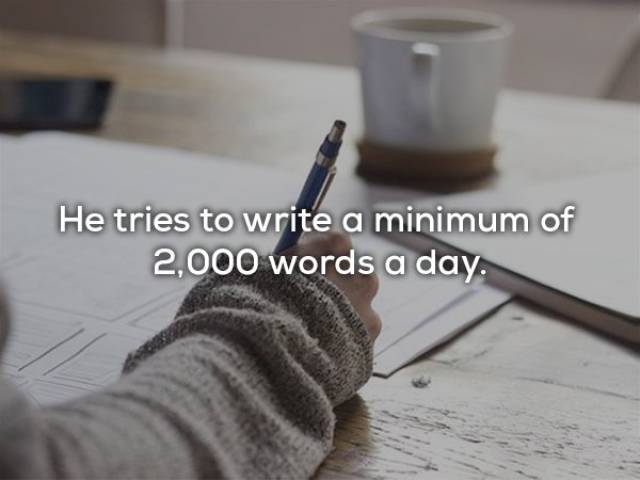 This is King’s daily goal. 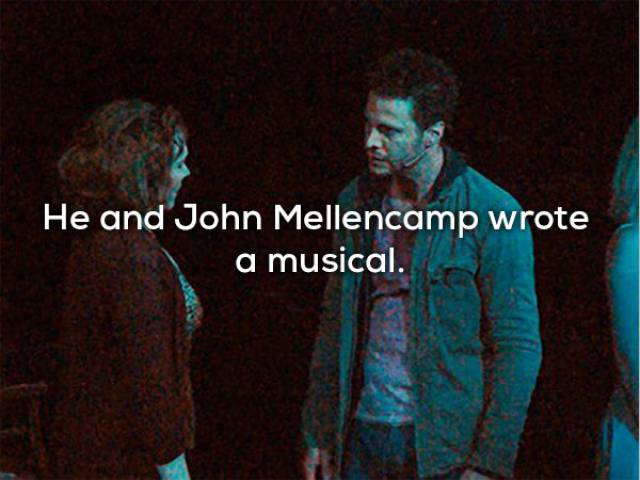 He collaborated with John Mellencamp to write the musical, “Ghost Brothers of Darkland County.” It didn’t do so well. 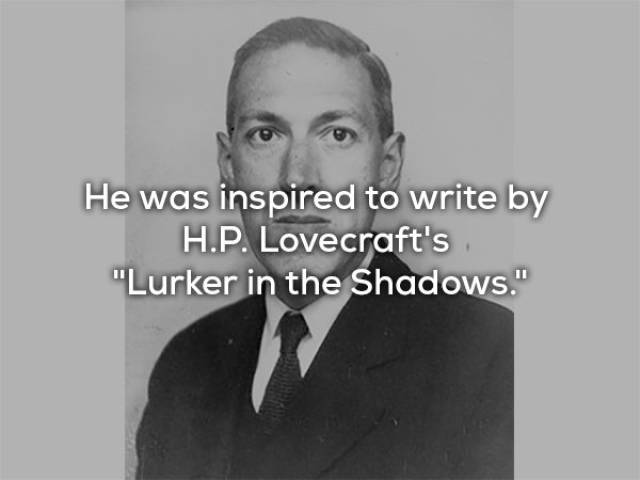 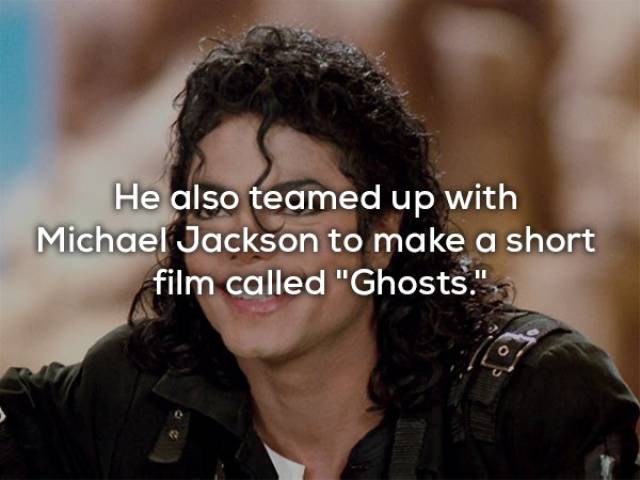 “Ghosts” ended up being so bad, it was instantly forgotten. 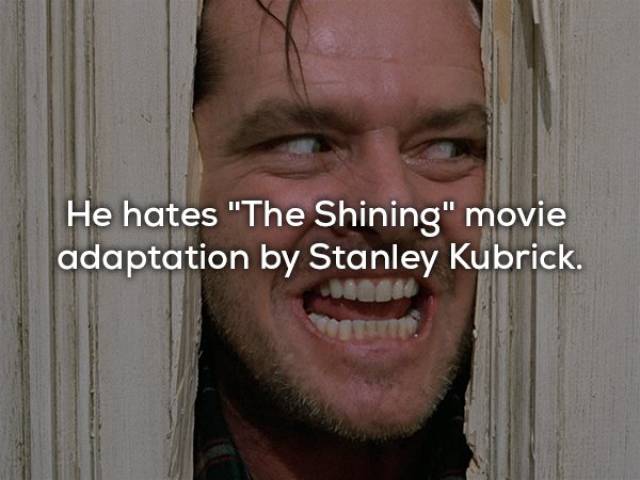 King said “It’s like this great big gorgeous car with no engine in it.” 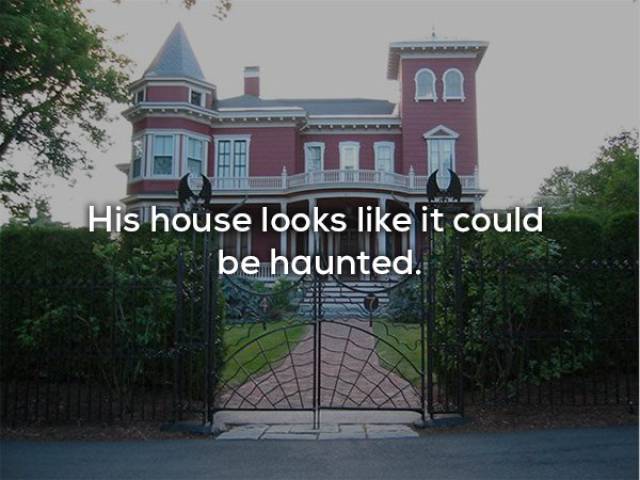 Looks like a haunted mansion that the Adam’s Family would stay in. 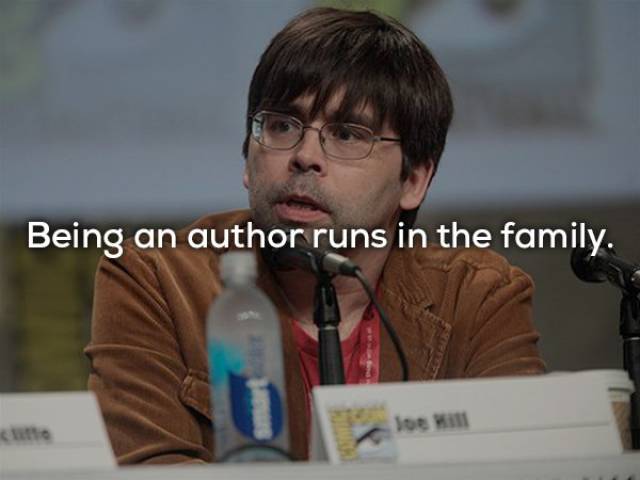 His wife Tabitha King published a few novels and their sons, Owen King and Joe Hill, are both novelists as well. Owen King also married an author. 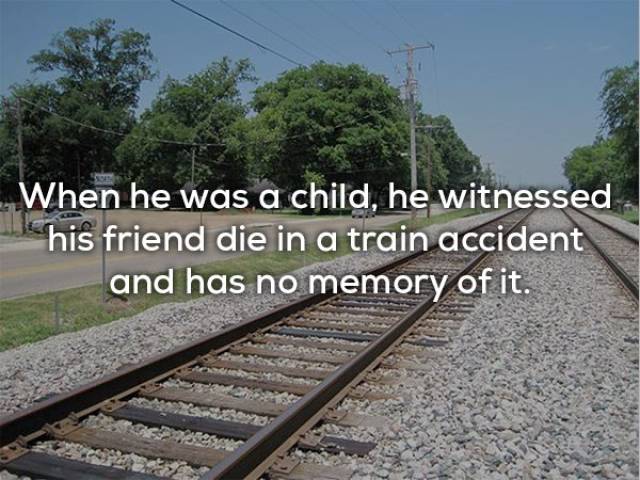 Some say that this trauma could have been a catalyst for his desire to write scary stories. 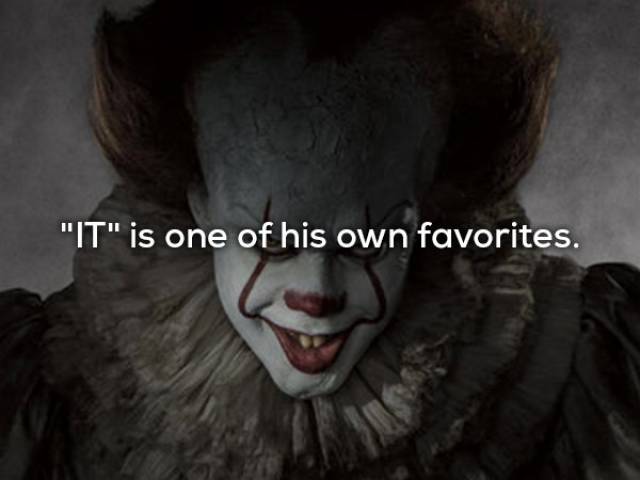 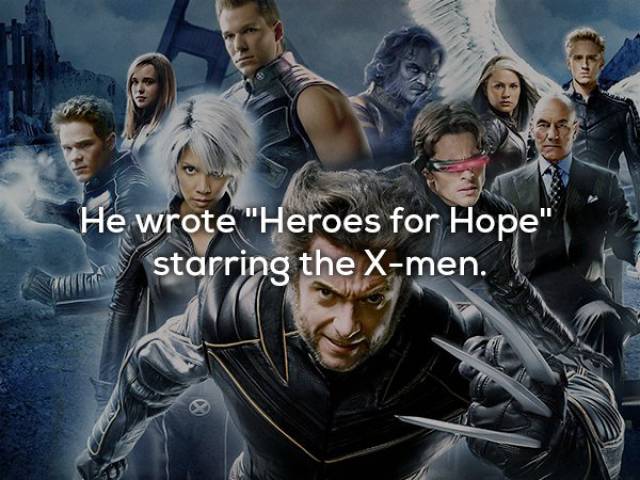 He wrote this comic to fight against the famine in Africa, with all proceeds going towards the cause. 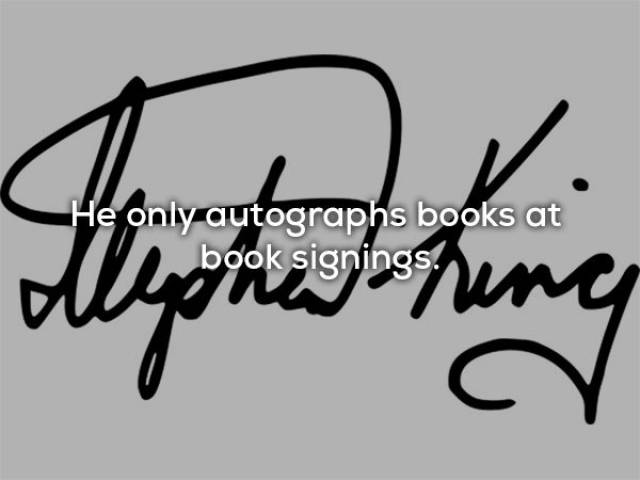 You can’t mail him a book, or come up to him in the street for an autograph. 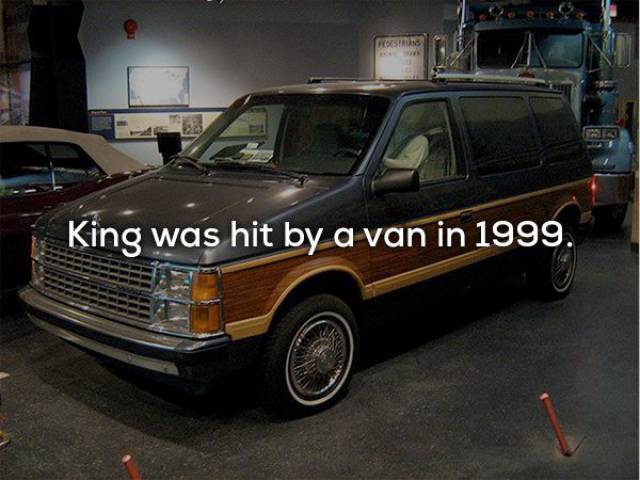 King later purchased the van that hit him and took a sledge hammer to it. 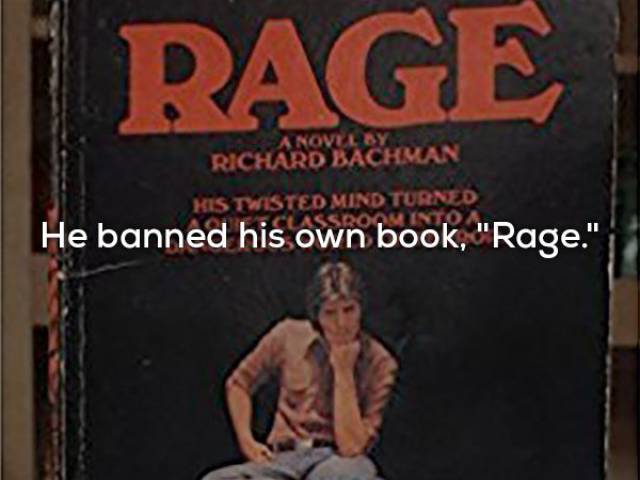 After real-life school shootings were linked to the book, he requested the book be taken off the shelves. 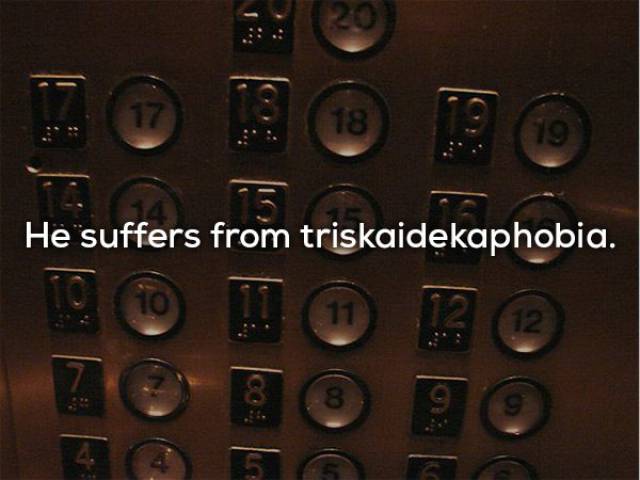 He basically has a fear of the number 13.