The shovel wielding neighbour, Old Man Marley wasn’t even part of the script, and was added in at the suggestion of director Chris Columbus. 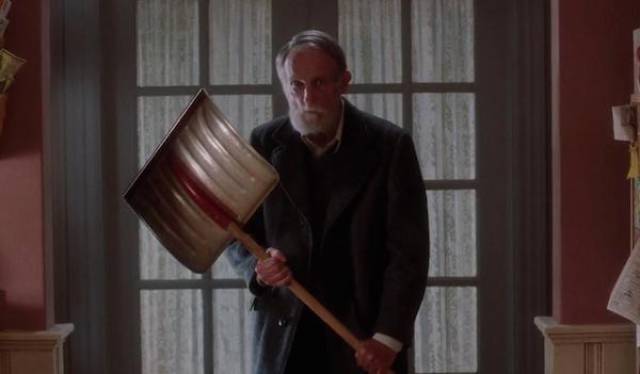 It coined a phrase within Hollywood: Home Aloned, used to describe how other films suffered at the box office because of its success. Executives would say “My picture did 40, but it would have don 50 if it hadn’t been Home Aloned.”

Director Chris Columbus has gone on to become one of Hollywood’s go-to family-friendly movie directors, working on Home Alone 2, Gremlins, The Goonies, Mrs. Doubtfire, and two of the Harry Potter movies. 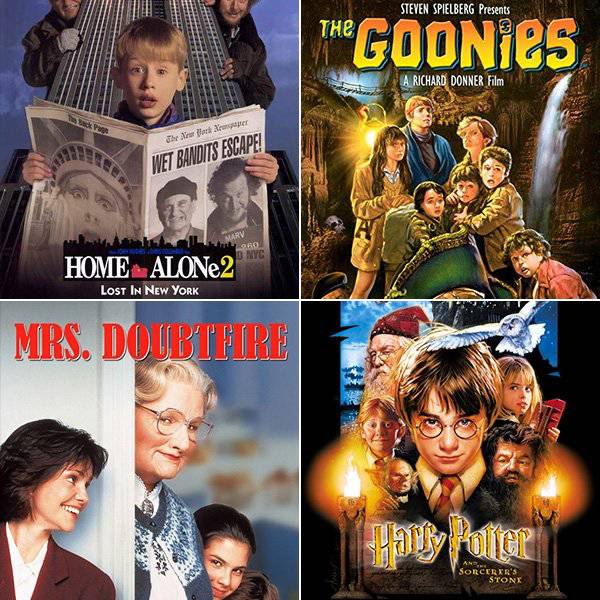 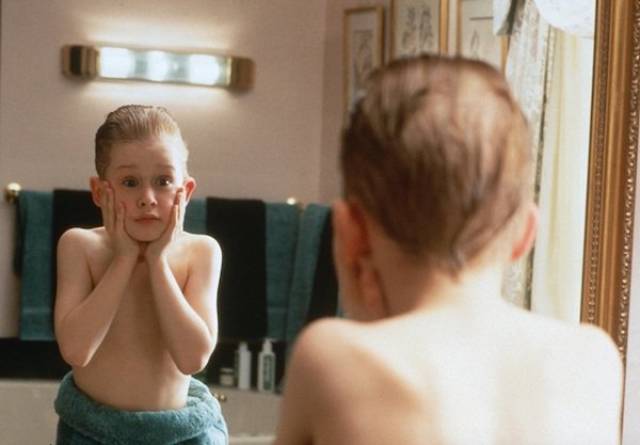 Only the kitchen, main staircase, and ground-floor landing seen in the film were shot here. All the other rooms were shot on a soundstage. 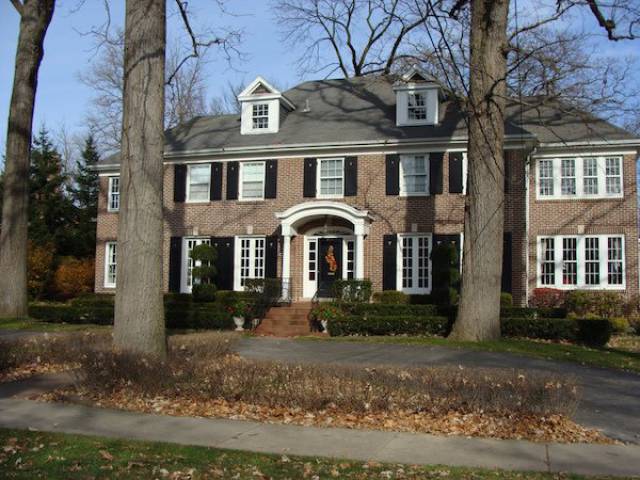 Joe Pesci wasn’t the only one on set having trouble controlling his mouth. While attempting to get his shoe back through the doggie door, David Stern utters “shit”, and it made the final cut. It can be heard at the 55:27 mark on the DVD. 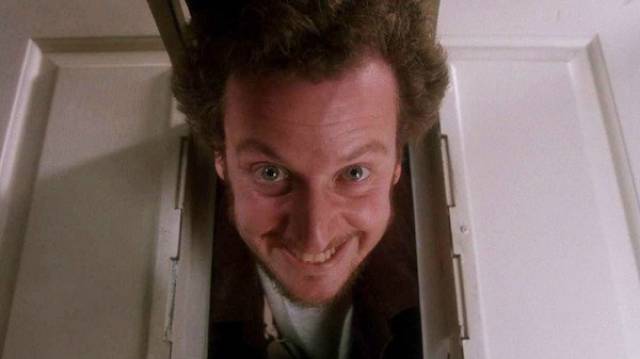 Hilary Wolf, who plays Kevin’s older sister Megan, landed a few roles after Home Alone but would go on to compete in the 1996 and 2000 summer Olympics in Judo. 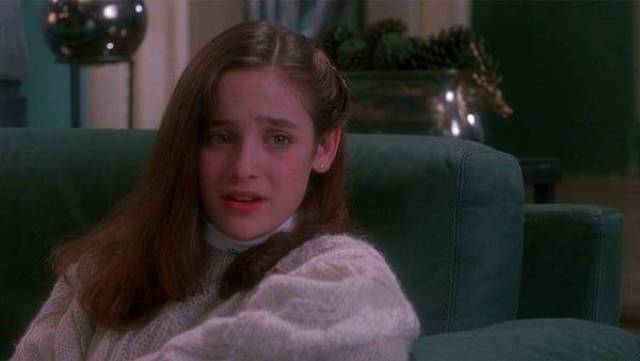 Angels with Filthy Souls, the gangster movie Kevin is seen watching, isn’t real. So don’t bother trying to find it. The sequel, Angels with Even Filthier Souls, featured in Home Alone 2 isn’t real either… sorry.

When filming wrapped, the artificial snow made from wax and plastic was donated to the Lyric Opera of Chicago. It is still used in their productions today. 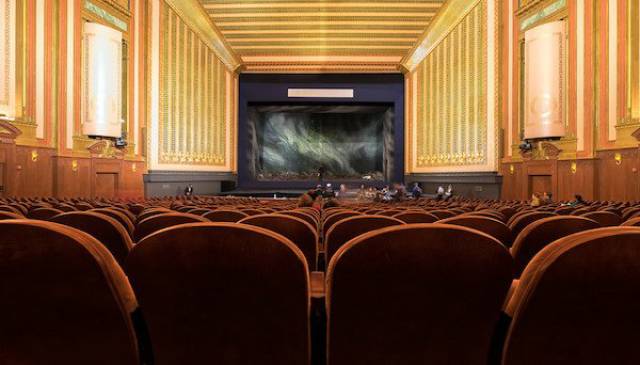 There’s a conspiracy theory that Elvis made a cameo in the film, as the bearded man behind Mrs. McCallister during a scene in the airport where she argues with a desk clerk. Ya… I said it. 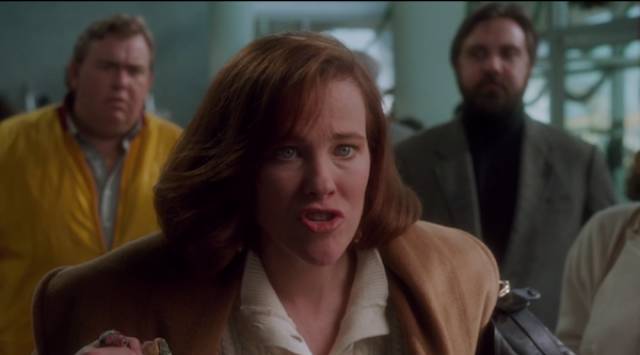 “Buzz, your girlfriend… woof!” The “girl” in the picture is actually the director’s son. He thought it would be too cruel to use a real girl’s photo. 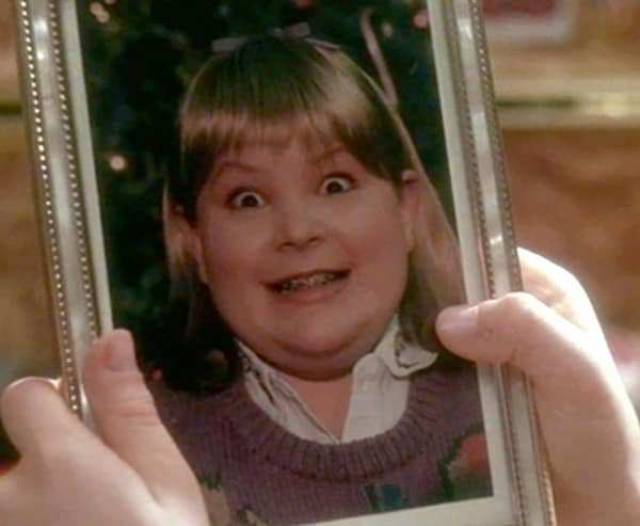 The line “You guys give up, or are you thirsty for more?” was improvised.

The Playboy Kevin finds in Buzz’s room was from July 1989. In case you were wondering, the centerfold was Erika Eleniak, who would go on to have a recurring role on Baywatch. 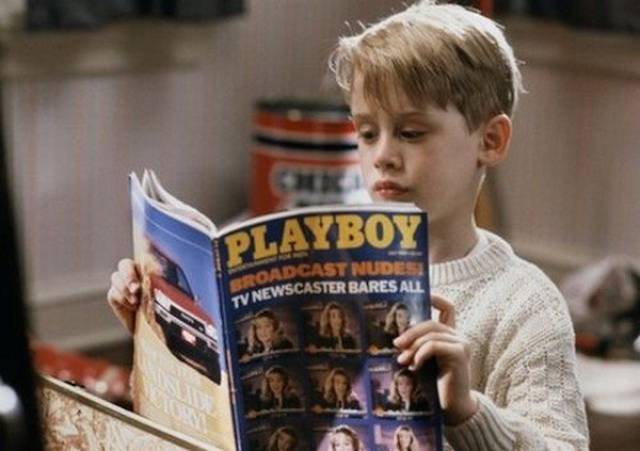 The famous movie poster is based on the Edvard Munch painting, “The Scream.” 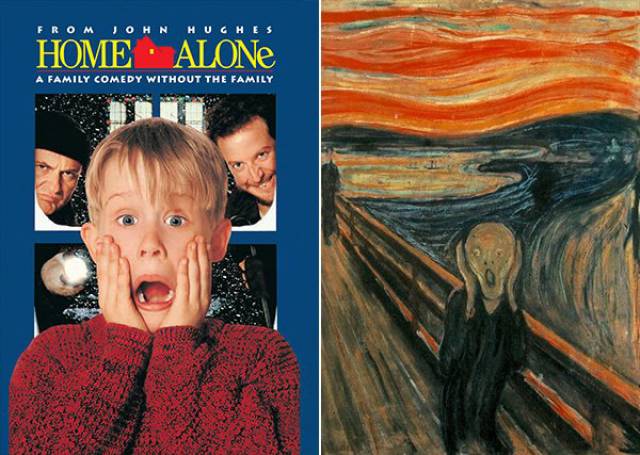 Little Neros Pizza is a play on the real-life Little Caesars. Nero was a Roman Caesar. 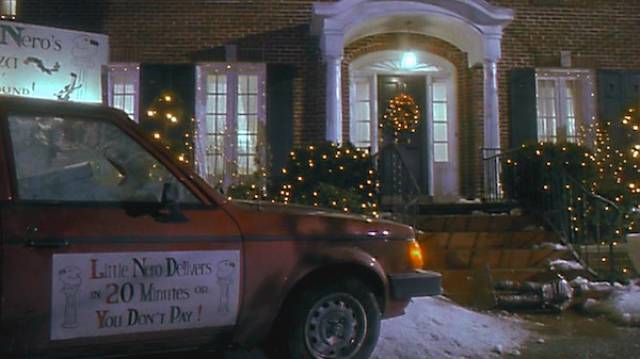 Director Chris Columbus has storyboarded a dream sequence where the house comes to life and torments Kevin. Because of the expense, the scenes were ditched and only the angry furnace in the basement remained. 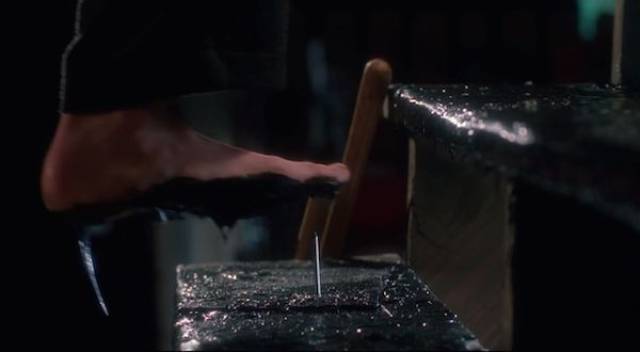 The scene where the Santa impersonator’s car stalls out was real, the car actually died during filming. 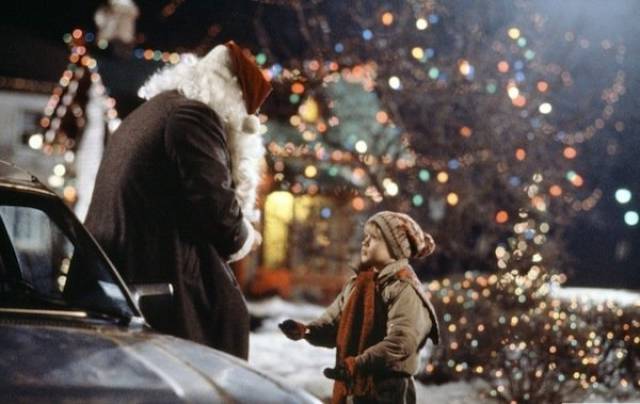 Side note: who remembers the Talkboy 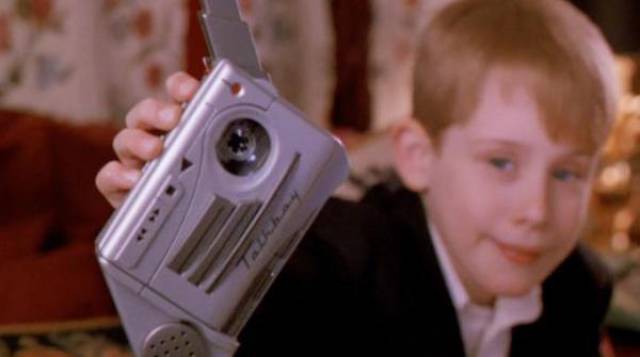