Some Record-Breaking People That Are Very Impressive (15 pics)

Some Record-Breaking People That Are Very Impressive 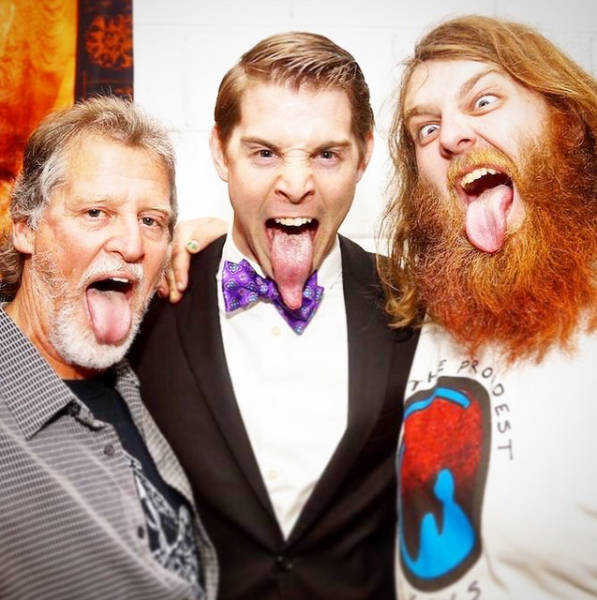 Nick Stoeberl from the USA owns the longest tongue in the world, and Guinness World Records approved it. This man, who was awarded the title in 2012, has a tongue that measures 3.97″ (10.1 cm) from its tip to the middle of the closed top lip.

Nick is a stand-up comedian by profession and also set another record by making a beaver painting in 6 hours with his tongue. We have just one thing in mind: we should never share our ice cream with him! 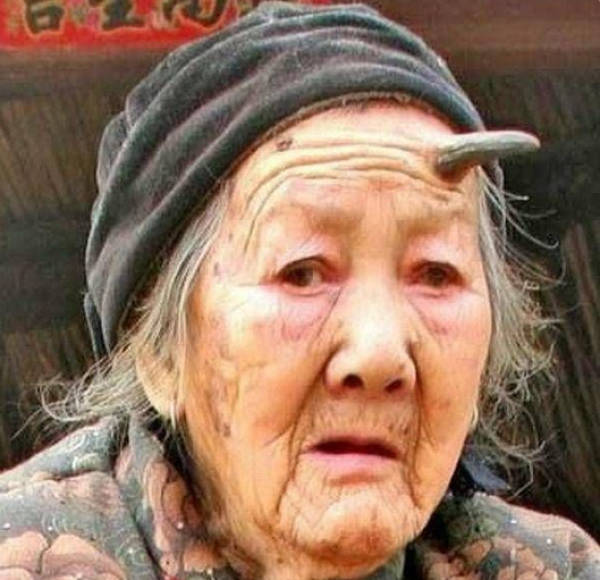 Do you have a black mole on your body? Just try and keep track of it because Liang Xiuzhen from Sichuan, China, had something rare happen with a small mole on her head. It grew into a big horn-like shape and measured 5″ (12.7 cm) in length and a little over 2″ (5.1 cm) in diameter.

Although doctors weren’t able to find a permanent cure for it, science does have an explanation as to what it is. These are Cutaneous horns, which are types of keratinous skin tumors. Their cause is uncertain, and the treatment is done through chemotherapy, surgery, or radiation therapy.

This girl’s body was fully covered in tattoos. 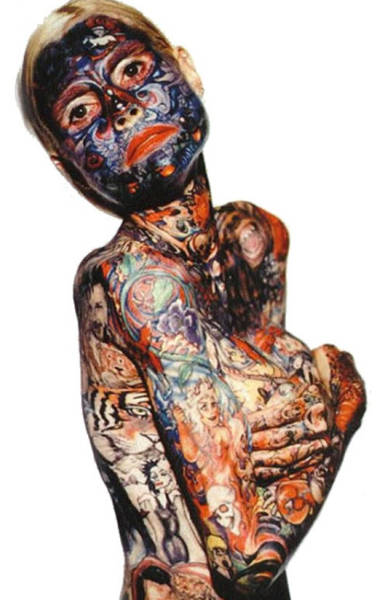 Known by the name “The Illustrated Lady,” this is Julia Gnuse. She had 95% of her body covered with tattoos, including her face. Born in the US in 1955, she developed a disease called porphyria in her mid-30s, which led to the formation of blisters on her body. To hide the scars, she took to tattooing, and it gradually turned into her passion.

She passed away in 2016. However, her name is still intact in the Guinness World Records for being the most tattooed girl. 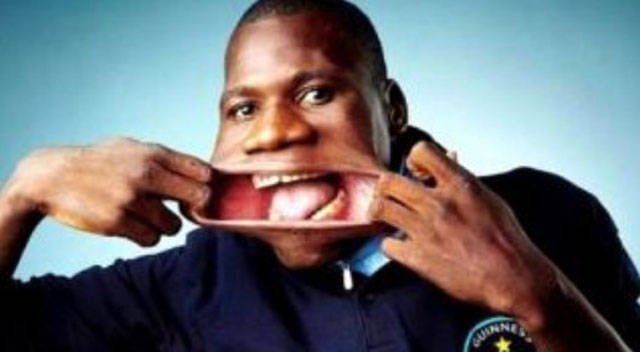 The picture might look animated or Photoshopped, but it’s not. Meet Francisco Domingo Joaquim, who has the nickname “Jaw of Awe.” His rubbery mouth is 6.69″ (17.5 cm) wide, and he can easily tuck a can of cola inside it.

He was declared the man with the largest mouth by Guinness World Records after they searched for him for 2 years. We wonder if that big a mouth should have been visible on Google Maps?

This girl has X-ray vision. 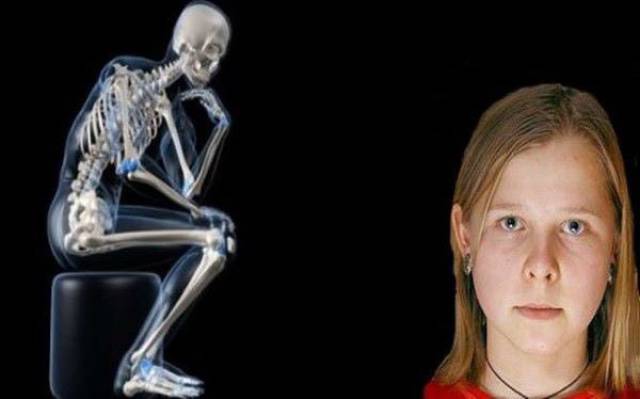 Natalya “Natasha” Nikolayevna Demkina claims to have X-ray vision. This Russian girl came into the limelight when she started doing medical diagnoses as she could see through a person’s body and see their organs and tissues. She has been doing this since the age of 10.

She also appeared on the Discovery Channel to show her talent and is working for the Center of Special Diagnostics of Natalya Demkina. Their aim is to offer cures by associating with “experts possessing unusual abilities, folk healers, and professionals of traditional medicine.” 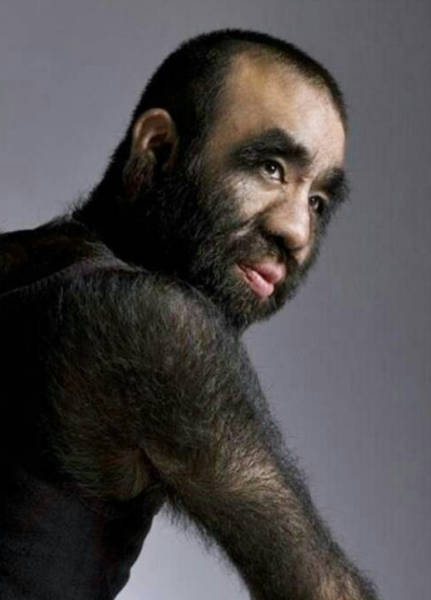 For now, he is facing competition as 2 Mexicans have claimed to have more hair on their bodies than him.

You may envy her waist size. 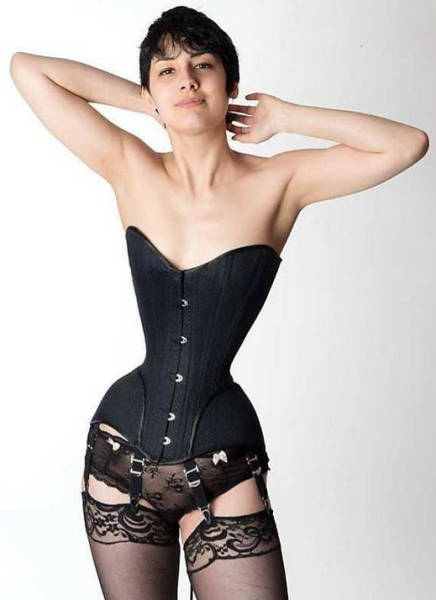 She wore a corset every day without fail for 3 years. The result was that her waist size came down from 25″ (63.5 cm) to a mere 16″ (40.1 cm). This is Michele Koebke from Germany, and she is working hard to get the top spot in the smallest waist competition.

Despite developing a severe medical condition where she is not able to stand up without wearing a corset because of her atrophied muscles, she is looking forward to slimming down her waist even further to 14″ (35.6 cm).

This man can dip his bare hands into boiling hot oil. 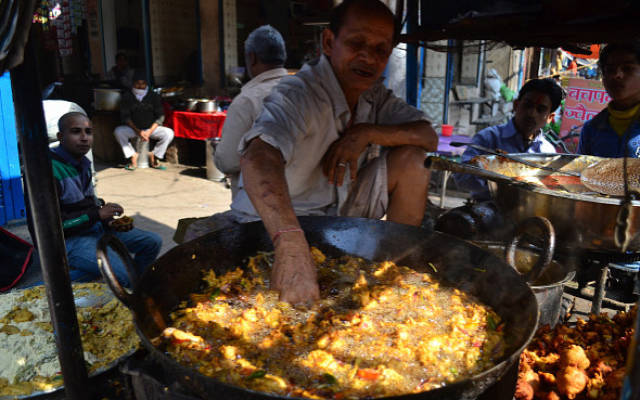 The pain is unbearable even if a drop of hot oil falls on your hand. But when you meet Ram Babu from India’s Uttar Pradesh, it will stun you to see him dip his bare hands into boiling hot oil at a temperature of 200°C (392°F). Try finding a blister or burn on his hands — you will fail.

This man with rock-hard hands has a food stall where he does deep frying with his hands daily. Many doctors have approached him to find out the secret behind his magical hands but got nothing. He discovered his skill accidentally one day when, due to a heavy rush of customers, he decided to use his hands instead of a spatula to give out orders more quickly.

This man has the longest mustache. 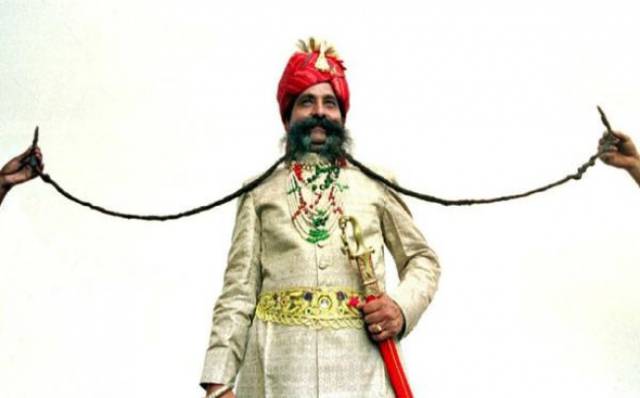 The proud owner of the longest mustache is Ram Singh Chauhan from India. His mustache measures 14 ft (4.29 m), as measured on the Italian TV show Lo Show dei Record in Rome, Italy, on March 4, 2010. This took his name onto the list with Guinness World Records.

The shortest man ever! 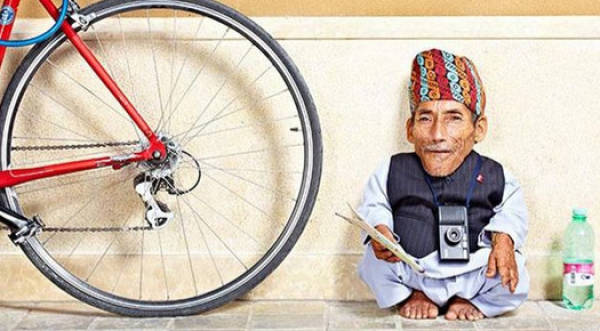 Chandra Dangi passed away, but his record is still intact for the shortest man ever. Hailing from Nepal, he was a primordial dwarf, a medical condition that leads to an early death. However, the strong-willed Chandra lived until the age of 75. He was 21.5″ (54.6 cm) tall and weighed just 31 lb 15.52 oz (14.5 kg).

So, after seeing all these unbelievable people, do you trust this picture below?
11 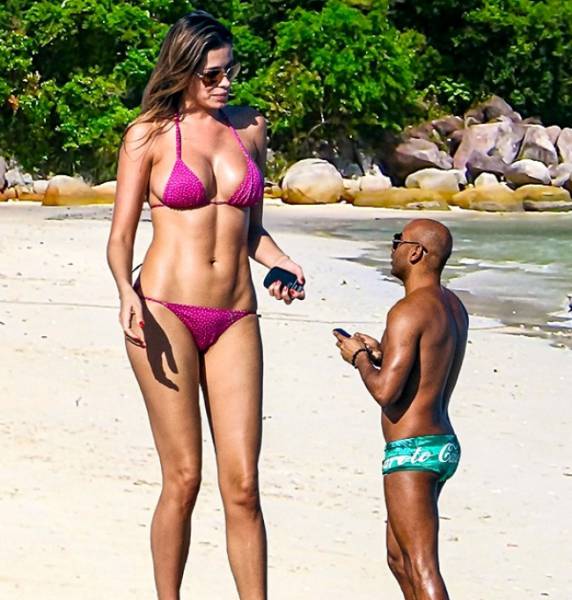 This one is actually Photoshopped. But do you really think tall people don’t exist, and it’s always a Photoshop job? You are wrong for sure. Let us take you through some of the tallest people in recorded history, both living and dead. As per current statistics, Robert Wadlow was the tallest man from the United States. He lived from 1918 to 1940 with a height of 8′ 11.1″ (272 cm).

The tallest man alive is Sultan Kösen from Turkey, measuring 8′ 2.8″ (251 cm). Extremely tall people generally suffer from hormonal diseases, which is the chief reason for their long height and shorter lives.

But we also want to share some pictures of ladies who are just a bit taller than average and still look very impressive.
12 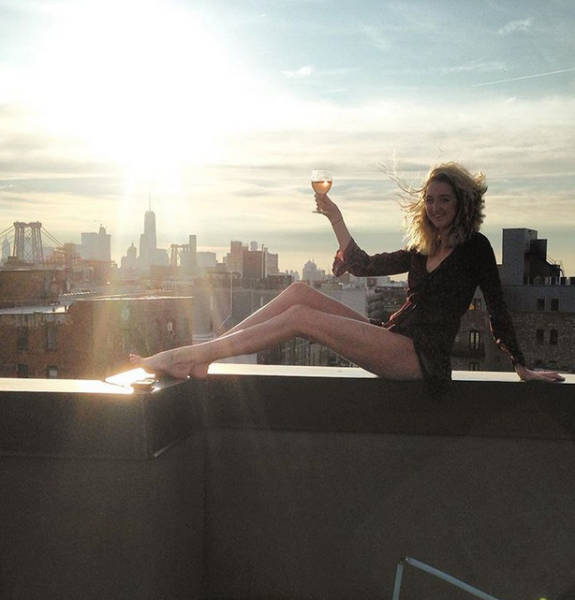 This is Holly Burt, a model and the chief contender for the longest legs in America. The above pair of legs, which are 49.5″ (124.5 cm) long (no lies here), belong to this 6′ 5″ (196.5 cm) model. Bullied at school for her long legs, she surpassed all lewd comments and stands tall...literally! 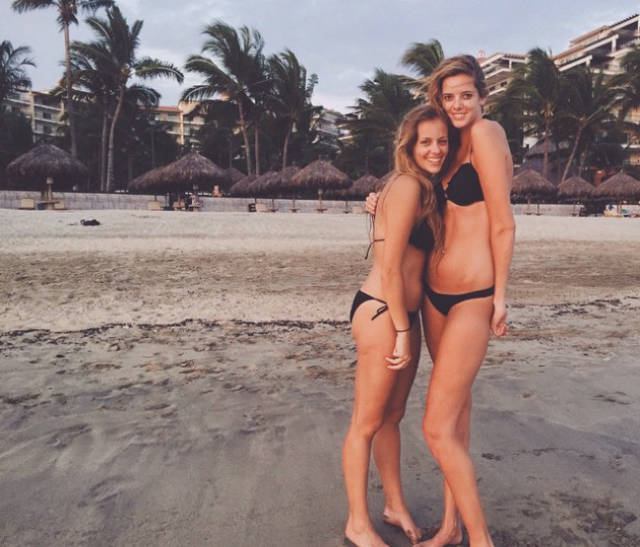 The above picture is of Chase Kennedy, a California-based model who has a claim to the longest legs in the world. Her legs are 51″ (129.5 cm) long, and she is 6′ 4″ (193 cm) tall. She was also bullied at school for her height, but she didn’t let it bring her down and grew up to be a confident girl who plans to work as an event coordinator for a brewery.

And they have a good sense of humor when they make memes of their own height!
14 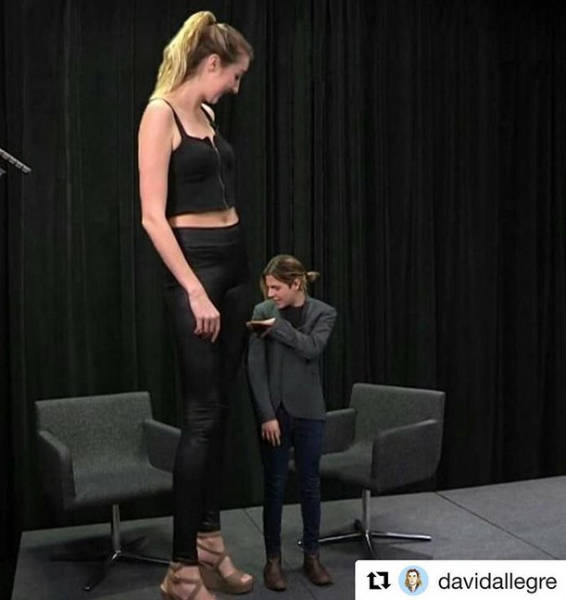 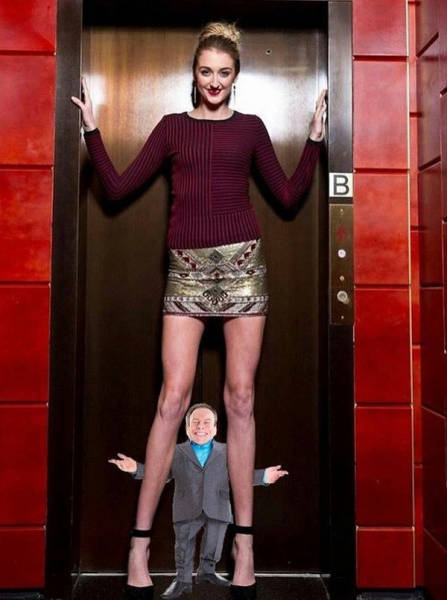