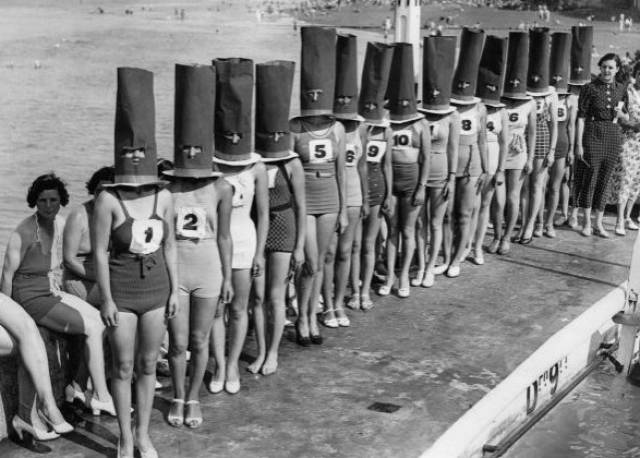 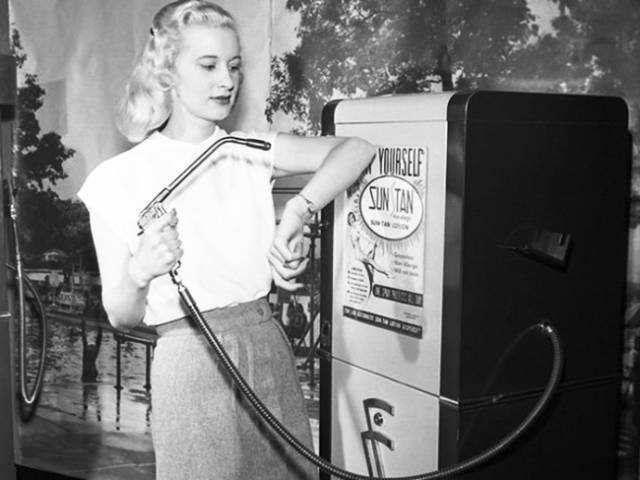 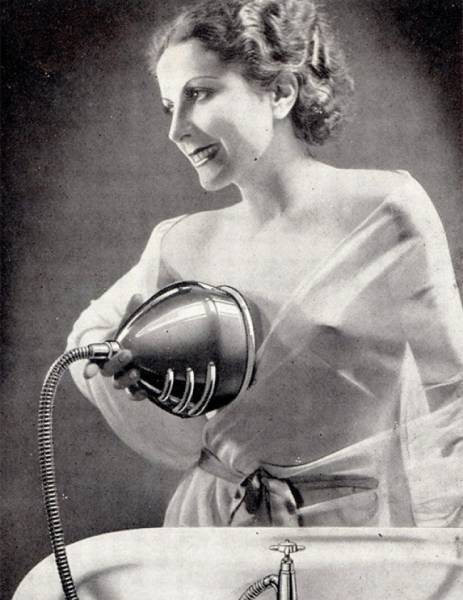 A popular method of hair straightening in the 1960s
4 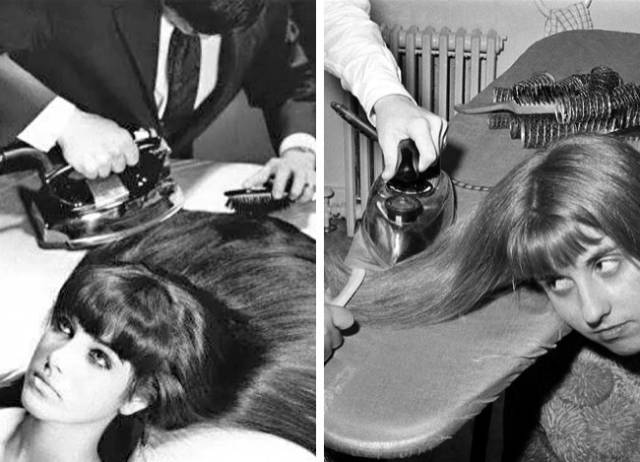 Customers have their legs painted at a store in London, so they can save their coupons which would otherwise be used for stockings, 1941
5 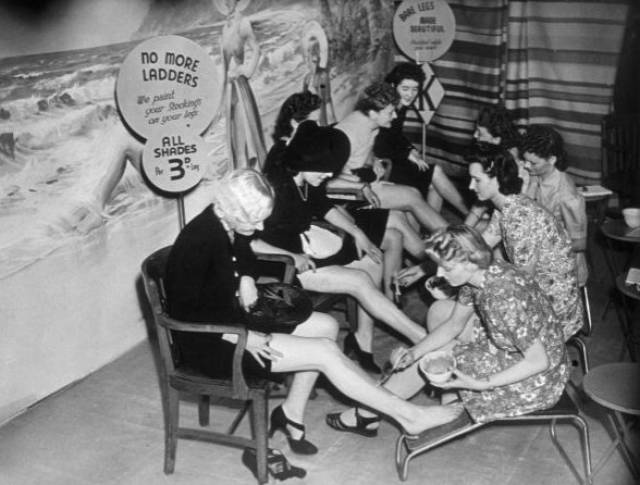 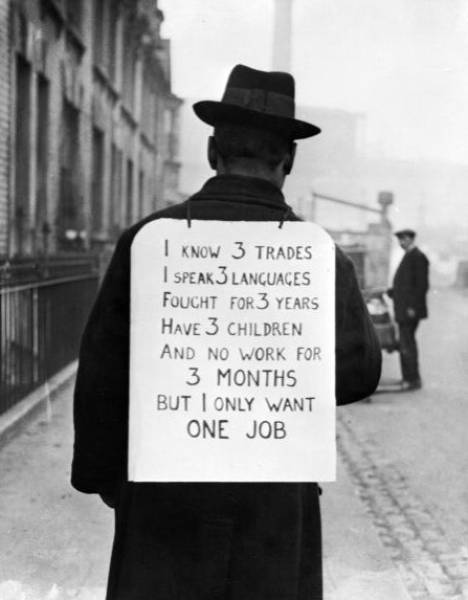 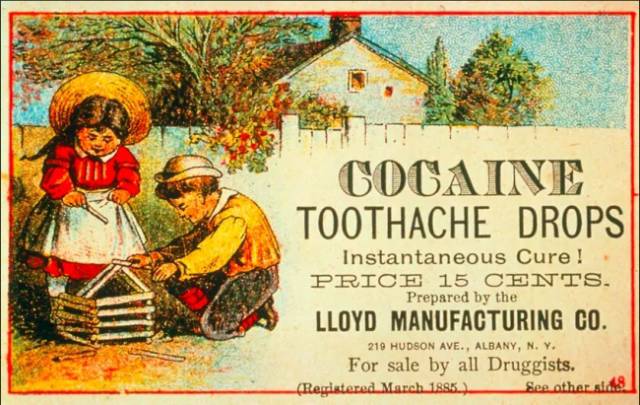 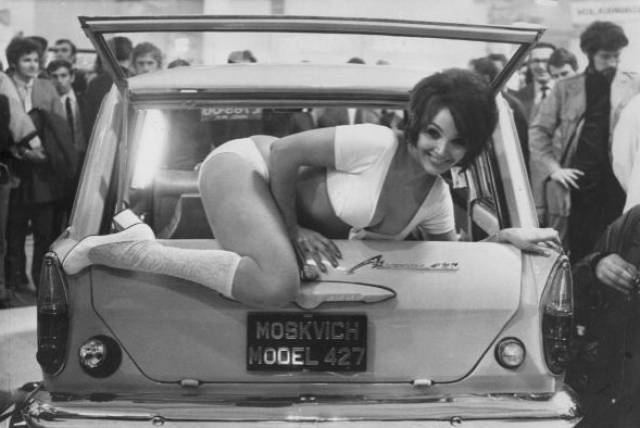 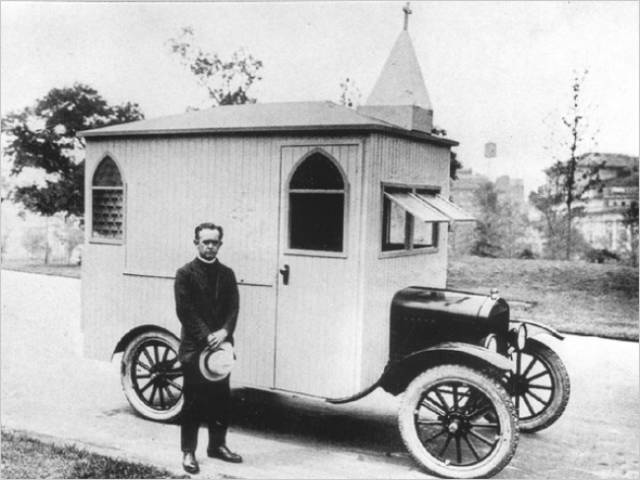 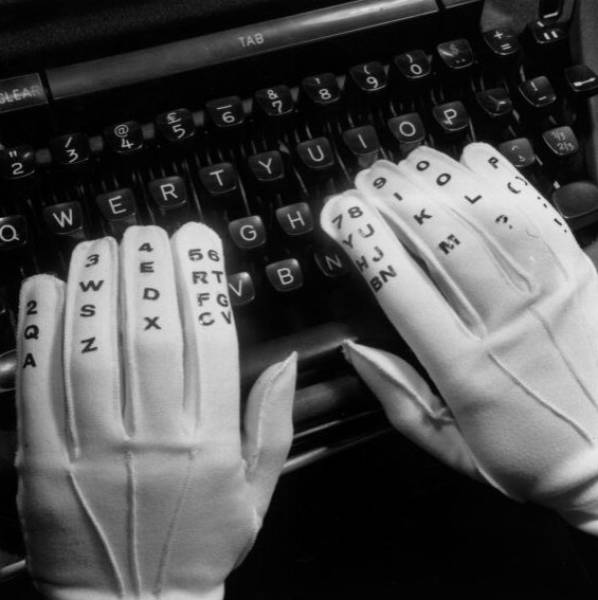 A woman in a giant frying pan with bacon tied to her feet before 7,200 eggs are added to a record-breaking omelet, USA, 1931
11 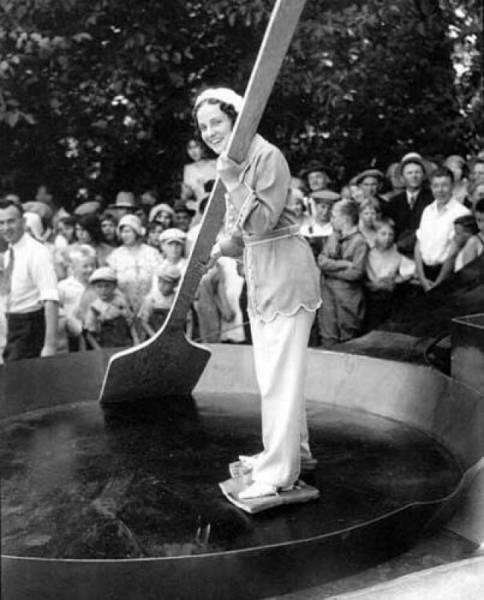 Before the era of online games and computers, children’s entertainment in Great Britain, 1973
12 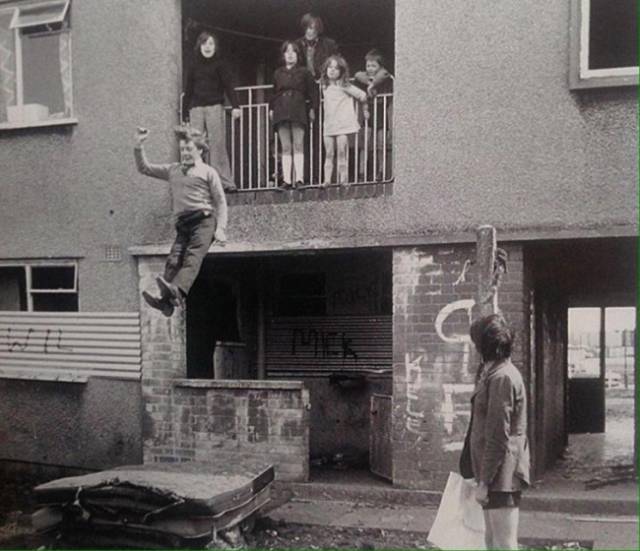 The automaton Euphonia that can imitate human speech, 1860s
13 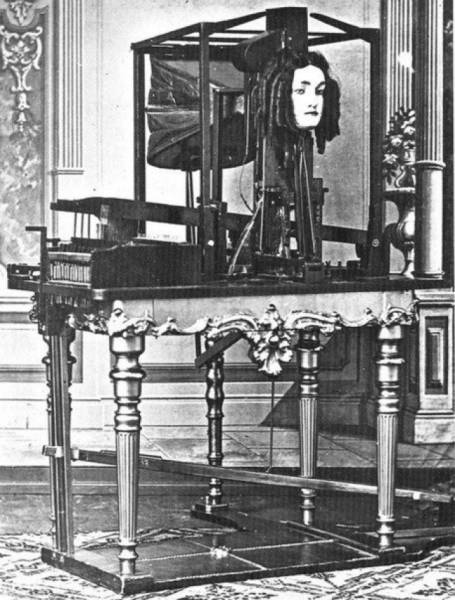 Kids and cigarettes in ads from the 1960s. What could be better?
14 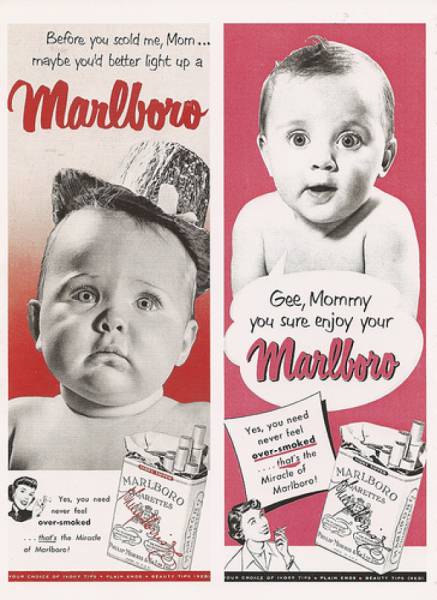 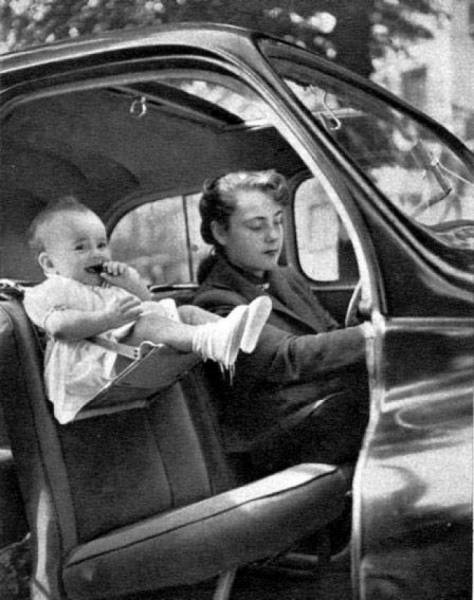 Argentina’s football team was scheduled to play against Bolivia on September 23, 1973. The team was divided into 2 groups. One group traveled to Tilcara at 2,500 m above sea level to get used to the conditions. But the Argentina FA “forgot” about the team and the team never received the first payment for funds for supplies, the hotel, and food. No one could acquire information about the squad during their stay in Tilcara. That’s why they were called “The Ghost Team.” 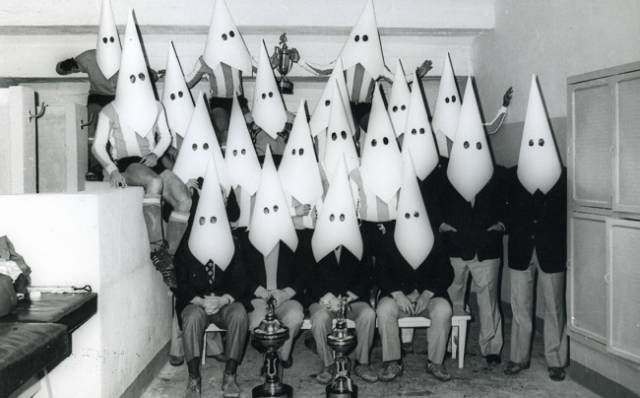 Our world 105 years ago. Before a vaccine against diphtheria was invented. 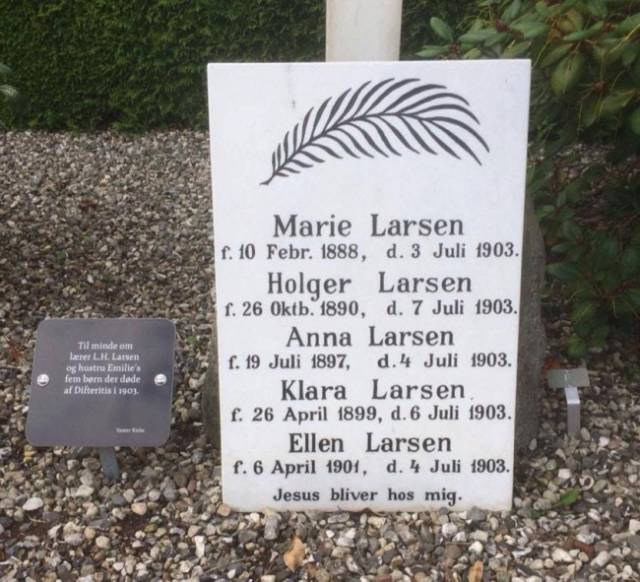 A picture from Popular Science depicting the workers at Walt Disney Studios building an automated caveman for the 1964 New York World’s Fair.
18 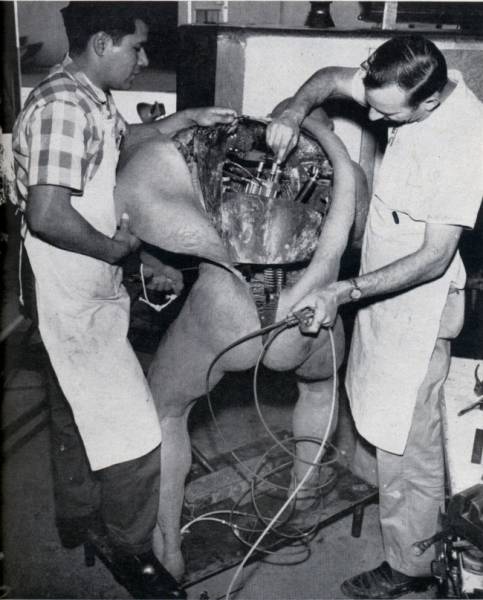 Just an ordinary day for a babysitter of that time, 19th century
19 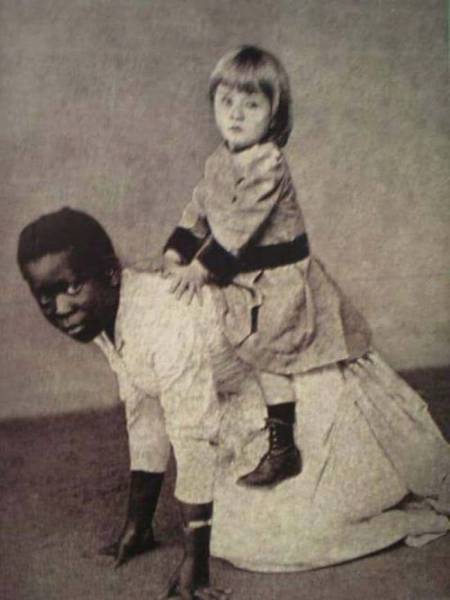 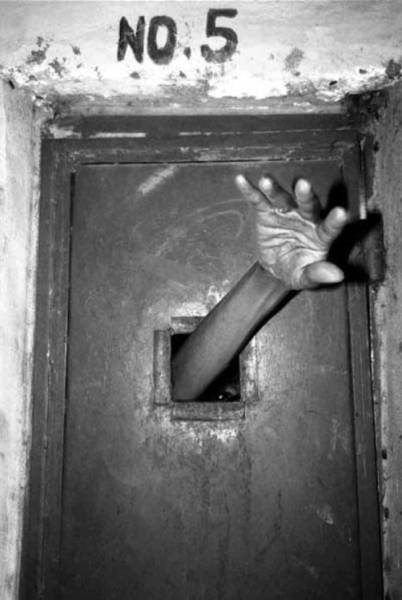