What’s So Great About Canada? 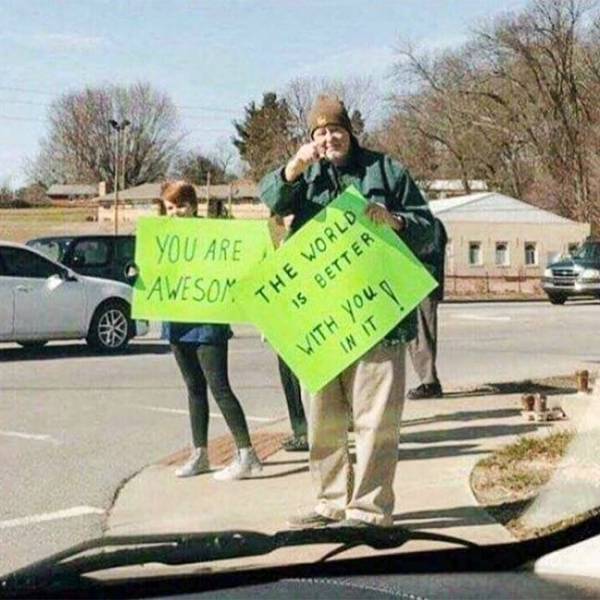 When Canadians have nothing to do, they go outside with posters to cheer other people up. 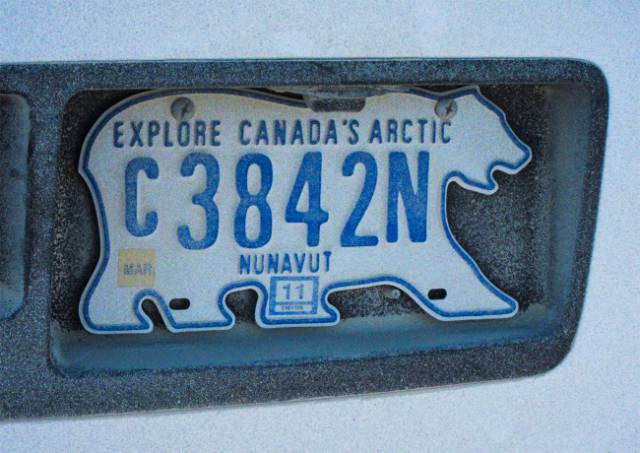 You can see bear-shaped license plates in Canada.

Before 1999, license plates shaped like a walking polar bear were the symbol of the northern territory named Nunavut. Yes, later they started using regular license plates, but you can still find some bear-shaped ones in someone’s old collection. 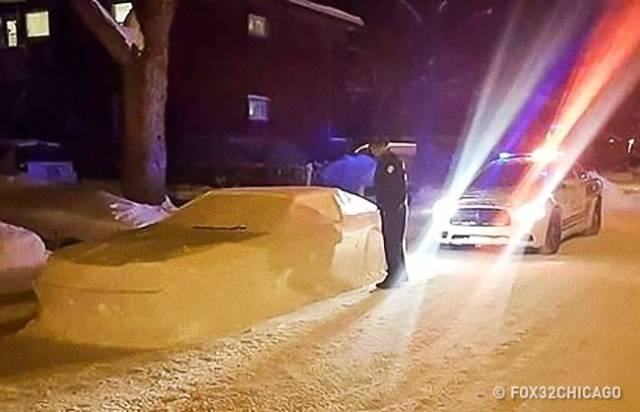 Canadians love pranks, and we have to admit that they really do have a great sense of humor.

A Montreal resident decided to prank local policemen: he made a car out of snow and “parked” it in the wrong place. We have to give it to him: he even put a windshield wiper on the car to make it look like a real one. Soon after, the police really came and this joke seemed funny to them too. 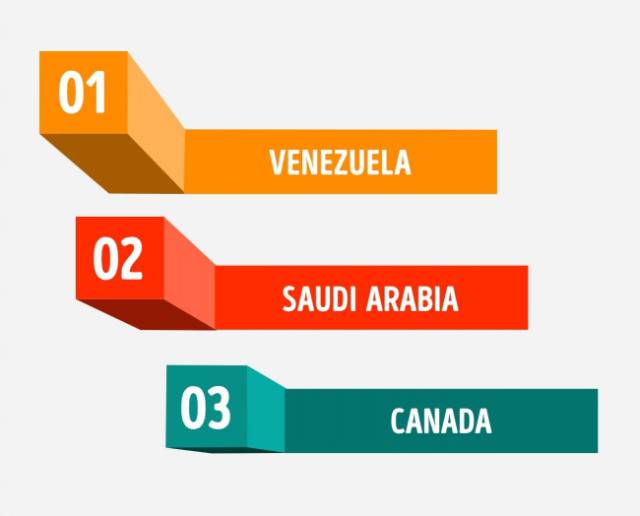 There is a lot of oil in Canada.

Canada takes 3rd place among the countries with the biggest amount of oil after Venezuela and Saudi Arabia. Nature was very generous with this country: besides the oil, there is a lot of fresh water, many beautiful lakes, and well-protected forests. 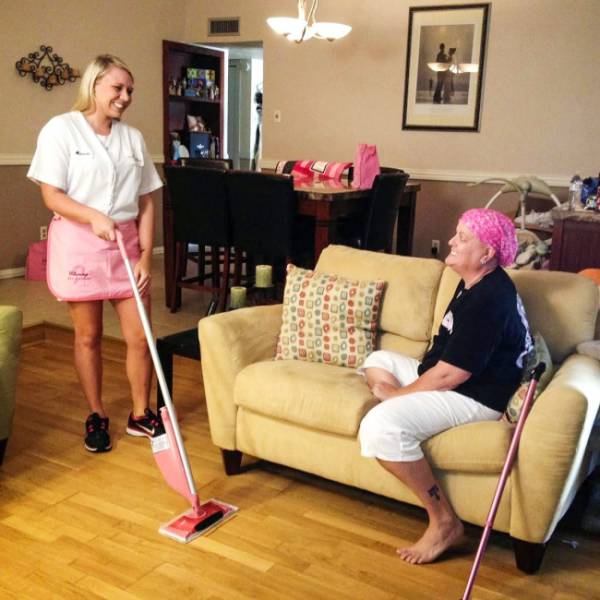 There is a charity organization which supports women who are seriously ill by helping them with cleaning.

The organization “Cleaning For A Reason” is based in the US but it also works in Canada. The point of the project is to provide free cleaning help for women who are focused on fighting serious diseases. This is a beautiful idea. We admire it. 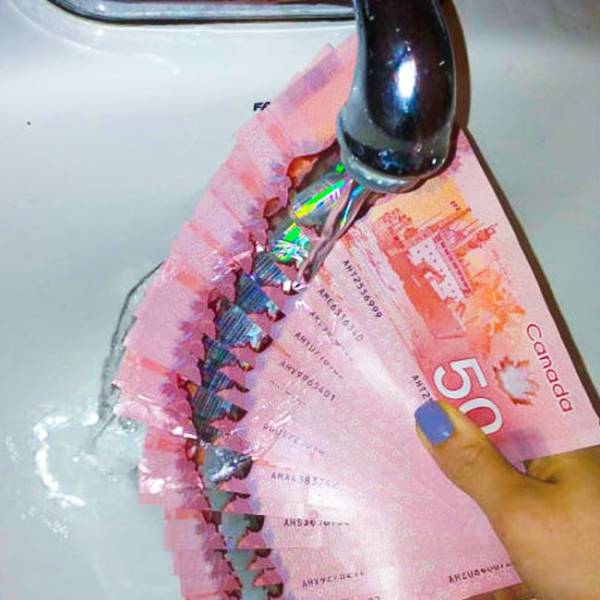 Canadian money doesn’t get destroyed by water and it can reveal unexpected secrets.

Canadian money is not just unusual, it’s unbelievable: firstly, nothing will happen to it if you put it in the water. You can even wash it with soap. The secret is that it’s made of plastic instead of paper. Secondly, Canadian dollars have a hidden hologram hidden inside the maple leaf. It’s not a money bill, it’s more of a video game artifact! 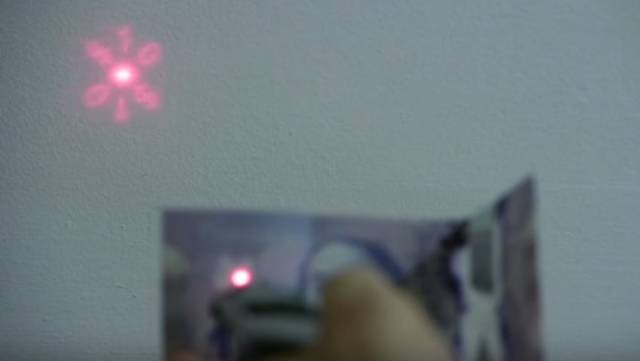 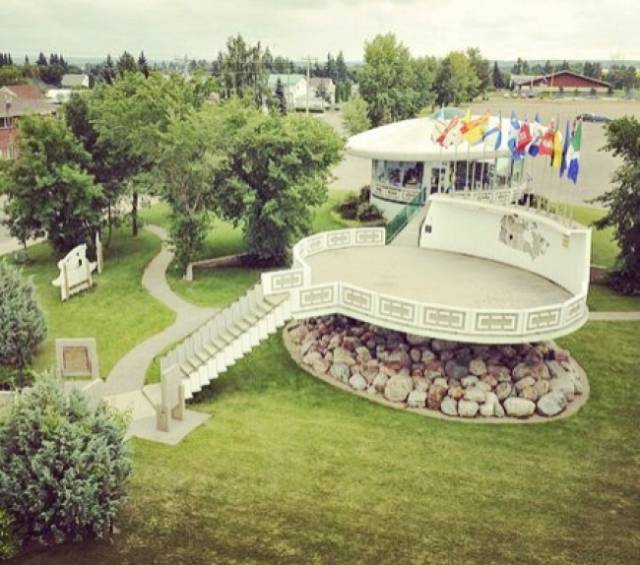 Canadians are very hospitable people. In fact, they are so hospitable that they even built a special landing pad in case aliens come to visit.

Canadians are welcoming to everyone, even to extraterrestrials. In Saint Paul, Alberta, there is a landing pad where guests from distant galaxies can easily land their spaceships or any other means of transportation. 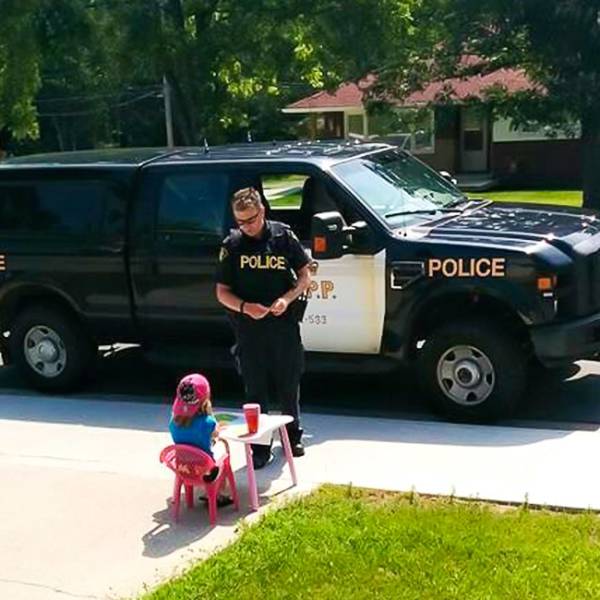 If you think that this policeman wanted to check her business license, you are wrong. He wants to buy a glass of lemonade from this little girl. How cute is that? 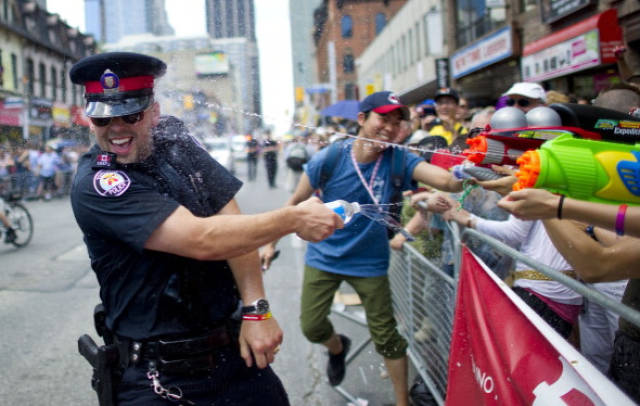 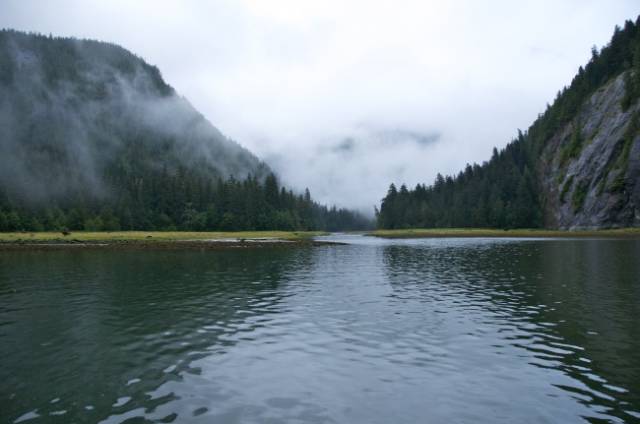 They saved a forest twice as big as Belgium in Canada.

Well, when it comes to nature, Canadians become serious and unbreakable. The industry became a threat to a unique broad-leafed forest, the last one of its kind on the planet. It is so big that it’s even named the “Great Bear.” So, in 2016, they made a decision to use 15% of the forest in the industry, and 85% should be left for the planet. “We should come up with ideas how to change the economic models and save the place where we live.” This is the Canadian approach to preserving nature. 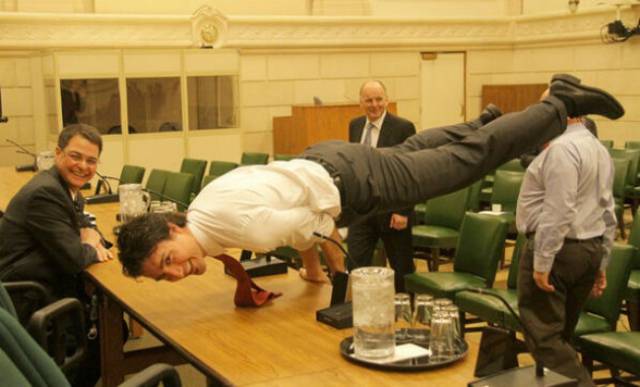 Justin Trudeau is the Prime Minister.

What is so special about the Canadian Prime Minister? Well, where do we start? Everything is cool about Justin Trudeau: from his colorful socks to the elegant way he goes shopping for food in chain supermarkets like a usual person. He looks more like a novel character than a politician: he does yoga, he hugs pandas, and he is a very handsome man, you have to admit that! 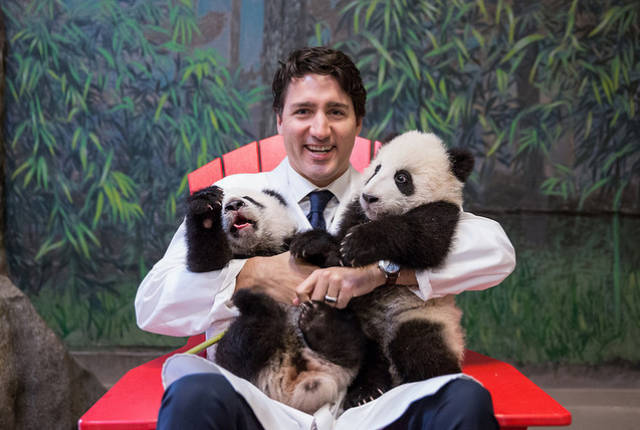 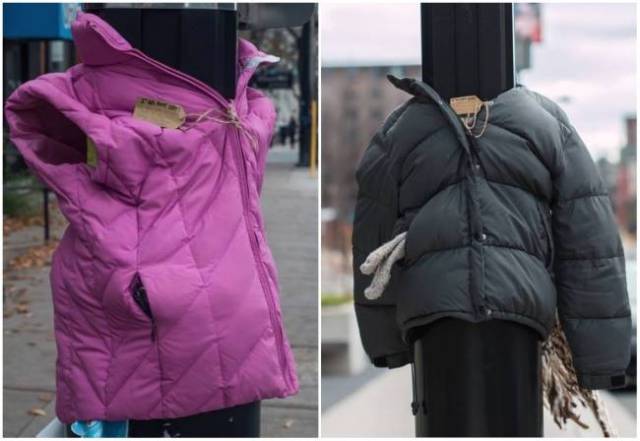 In Canada, they help each other in difficult situations.

School students from Halifax put used but very good quality clothes on posts with such notes: “For those who need it.” What if everyone was like these Halifax students? 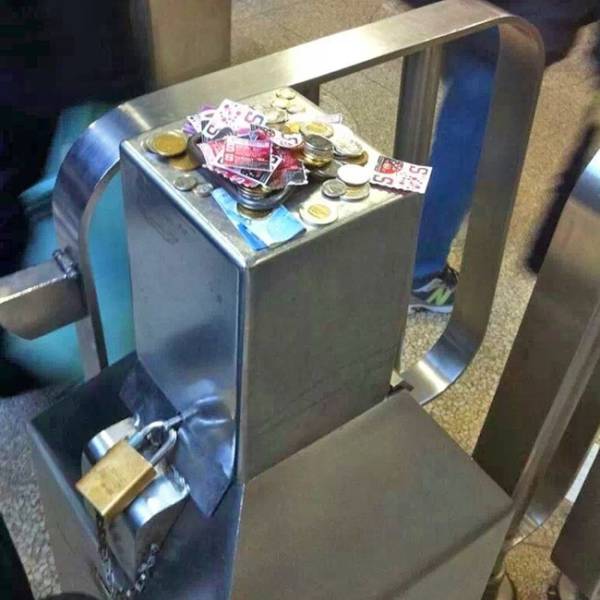 They are very honest.

This pile of change and tickets was on a broken turnstile on one of the subway stations in Canada before the workers fixed it. If something is broken, it doesn’t mean that you can break the law and ride for free. At least, that’s what the Canadians think. 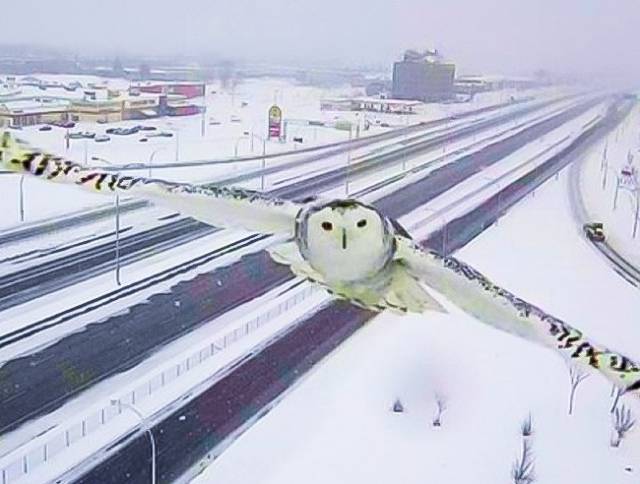 Canada is so beautiful that even a photo made by a road camera looks like a picture from National Geographic.

Despite the fact that it’s very cold in Canada, it’s a very beautiful country with a great number of reservations. It can take a lifetime to visit all of them. 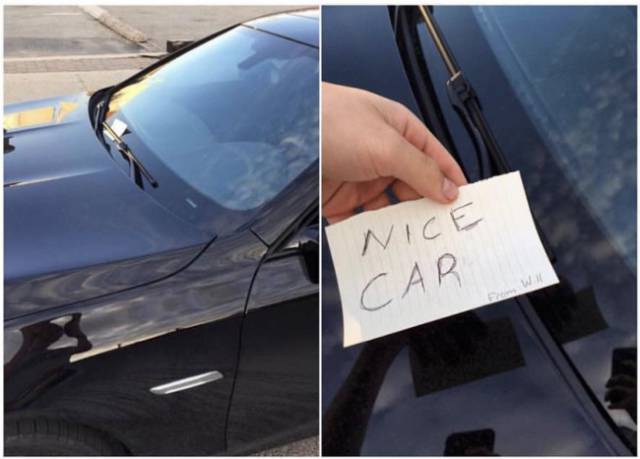 “I thought I got a ticket but then I realized that I was in Canada.”

Have you been to Canada? Tell us what you liked the most about this country!

ADM-Ntek 2 year s ago
plastic bills suck it is almost impossible to get the wrinkles out.
Reply
How to comment