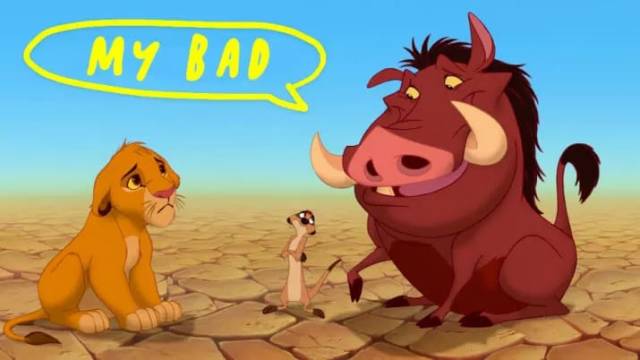 Pumbaa was the first character to ever fart in a Disney movie.

The actor who played Samara in The Ring also did the voice of Lilo in Lilo & Stitch.

Her name is Daveigh Chase, and she probably gave you nightmares for years after you saw The Ring...or maybe you remember her fondly as the voice of the adorable Lilo in Lilo & Stitch. Whichever. 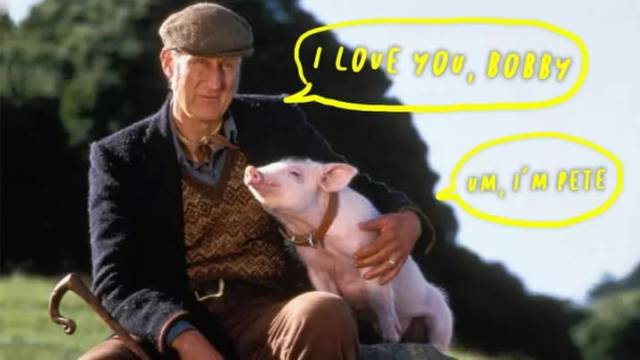 It took 48 different piglets to portray the character Babe. 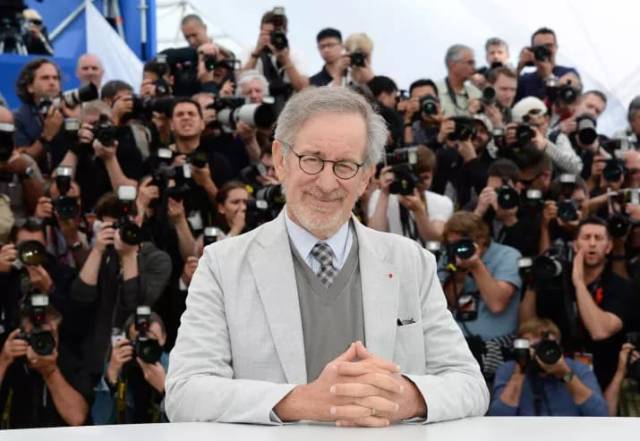 Steven Spielberg has been thanked more often at the Oscars than God.

According to a study, Spielberg gets shouted out in acceptance speeches more often than the all-powerful creator of the universe. 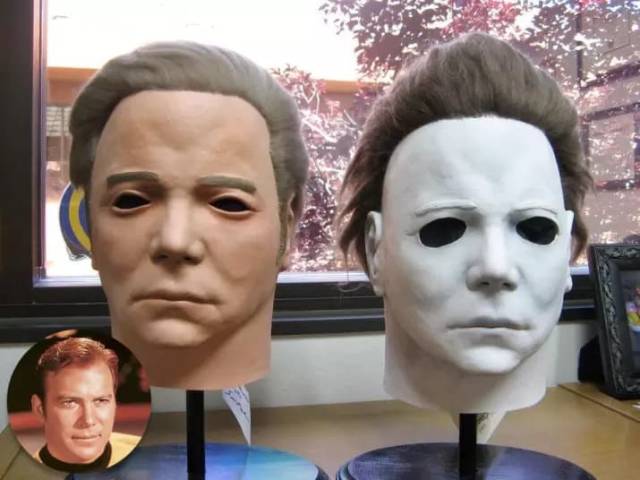 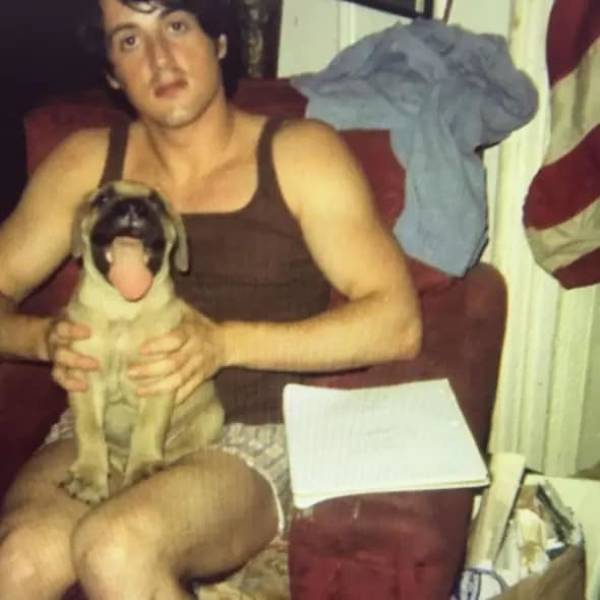 Sylvester Stallone was once so poor that he had to sell his beloved dog Butkus for $40. 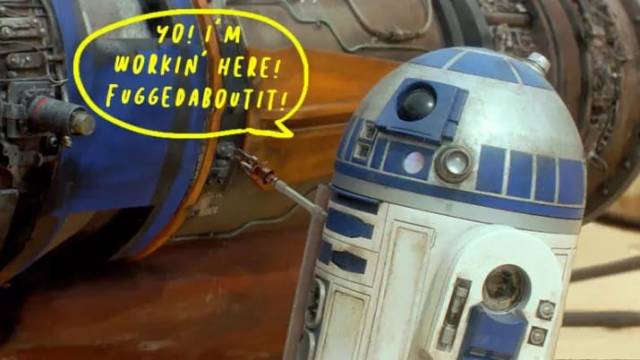 R2-D2 was originally meant to be able to speak normally. 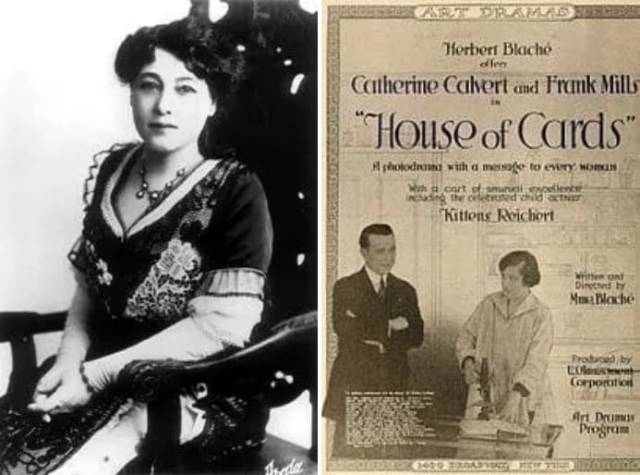 In 1896, Alice Guy-Blaché became the first woman to direct a movie. She went on to make more than 1,000 movies in her lifetime.

She wasn't just the first female director, but she also had one of the most prolific film careers ever. She made more than 1,000 cinematic works, 350 of which have survived, and 22 of those being feature films. 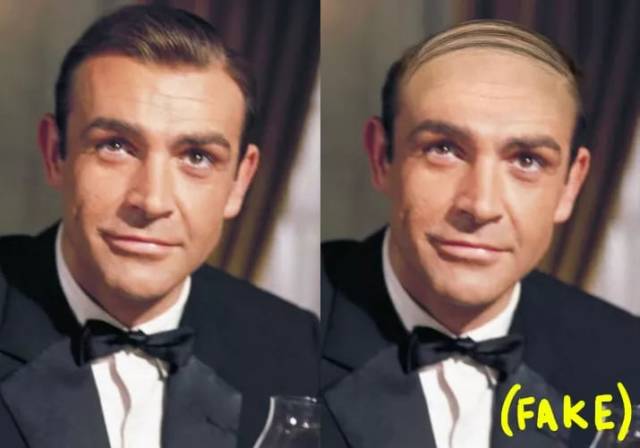 Sean Connery wore a toupee when he played James Bond.

According to a study from the University of Westminster, watching a horror classic such as The Shining could help you to burn around 184 calories, and seeing Linda Blair twisting her head around in The Exorcist may help burn off 158 calories. Onscreen scares accelerate your heart rate and cause a surge in adrenaline. 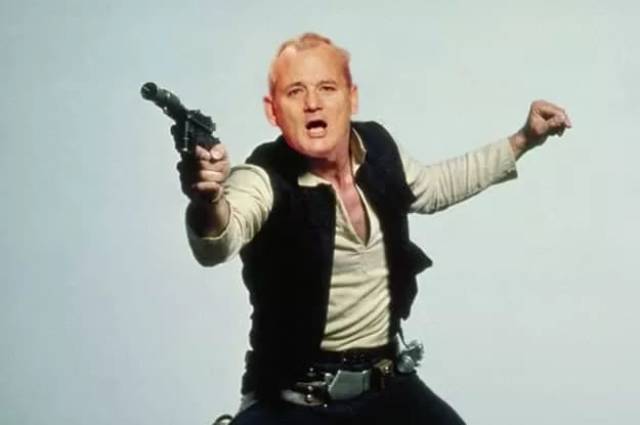 Bill Murray was almost chosen for the role of Han Solo.

Oh, and here are some other roles that Murray almost got: Buzz Lightyear in Toy Story, Tom Hanks's role in Forrest Gump, Michael Keaton's role in Batman and Tom Cruise's role in Rain Man. 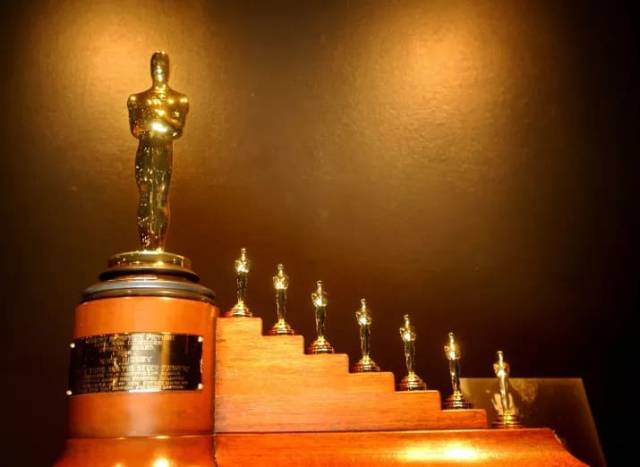 Aladdin's appearance is based on Tom Cruise. 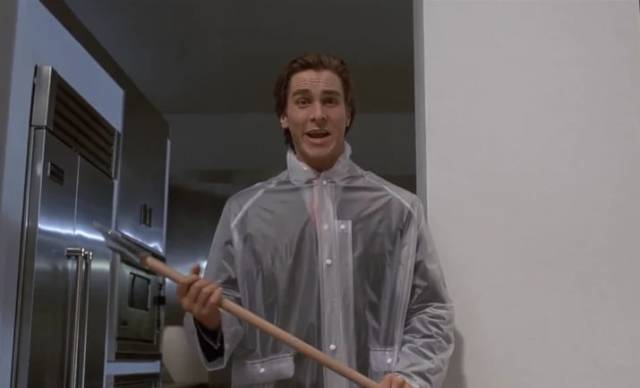 Maybe you always thought Patrick Bateman, with his '80s yuppie style and good looks, seemed familiar. Well, you were right, because the director of the movie, Mary Harron, confirmed that Bale was inspired by Tom Cruise. 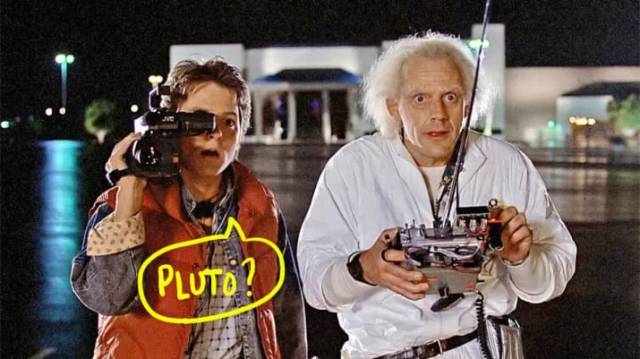 Back to the Future was originally going to be called "Spaceman from Pluto."

Not that anyone in China would know, because time travel movies are banned there.

The Chinese government considers the subject of time travel, in television as well as film, to be a dangerous element of fiction. It doesn't like anything that distorts the course of events, and the theme is often used to comment on current affairs. 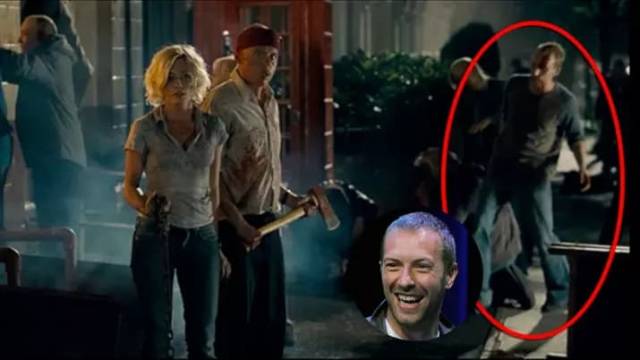 Chris Martin from Coldplay played a zombie in Shaun of the Dead. 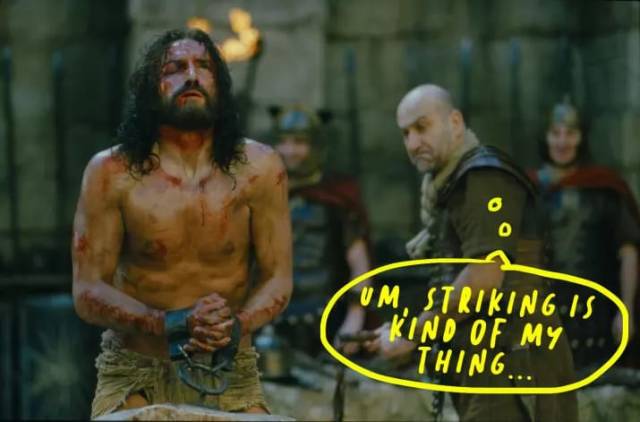 During filming of The Passion of the Christ, Jim Caviezel was struck by lightning.

And the assistant director was actually struck twice.

Daniel Radcliffe's stunt double in the Harry Potter films suffered an accident while filming a scene and was left paralyzed.

His name is David Holmes and he did all the incredible stunts for Daniel Radcliffe, starting with the first movie, up until he fractured his neck while filming Harry Potter and the Deathly Hallows. He is now tetraplegic and uses a wheelchair. David is still close friends with Daniel, and he's a young philanthropist with an enormous heart. 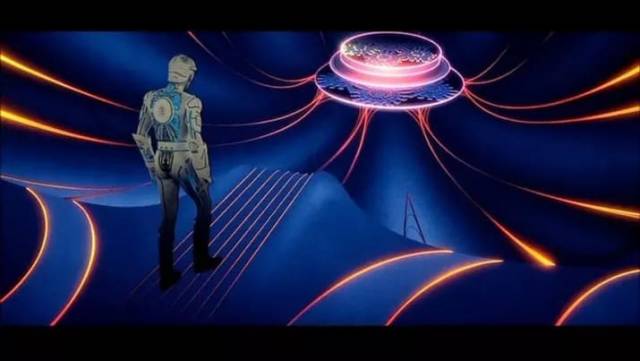 At the Academy Awards, Tron was blocked from consideration for special effects because computer graphics were considered cheating at the time. 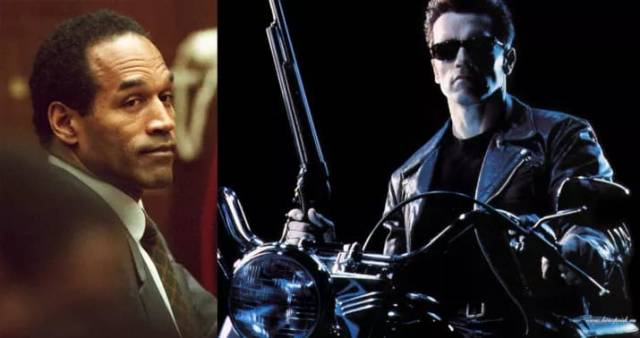 O.J. Simpson was in consideration for the first Terminator movie, but was thought to be too gentle for the role of a killing machine.

Nobody really knows how many toes Yoda has.

Yoda has a different number of toes depending on which movie in the Star Wars saga you're watching. In Episode I, Yoda has three toes, while in episodes III and VI he has four toes. In Episode V, it's not clear if he has three or four toes. All the Yoda toys produced don't help either, because they've had three, four, and sometimes even five toes. 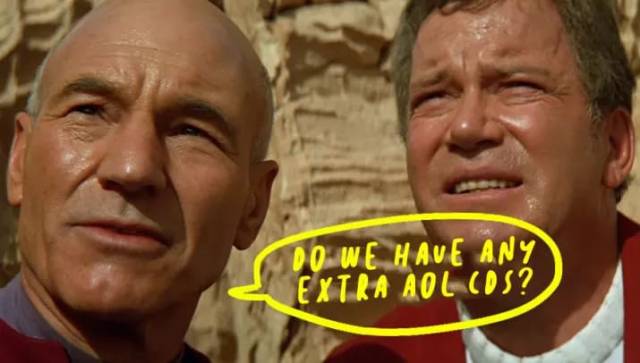 Star Trek: Generations was the first film with its own website. 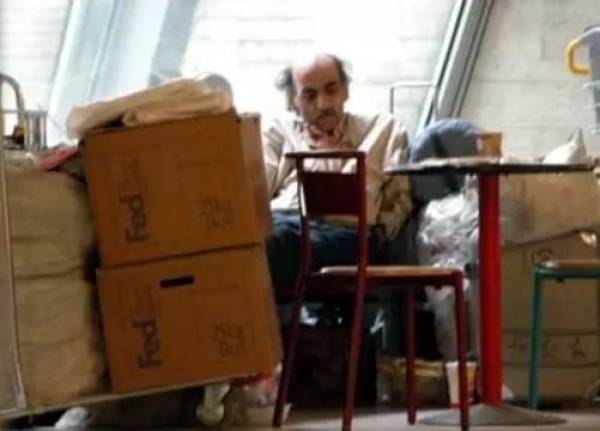 The man who inspired Tom Hanks's character in The Terminal lived in an airport for 18 years.

His name is Mehran Karimi Nasseri, and he is an Iranian refugee who lived in Terminal 1 at Charles de Gaulle Airport in Paris from Aug. 8, 1988, until July 2006. After fleeing Iran, he sought refuge in a number of different countries and lost his passport en route in England, stranding him in the French airport. 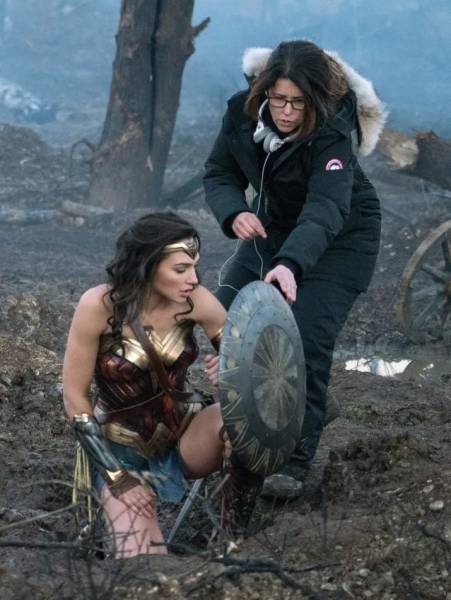 Gal Gadot hid the fact that she was pregnant when she was on set shooting Wonder Woman. 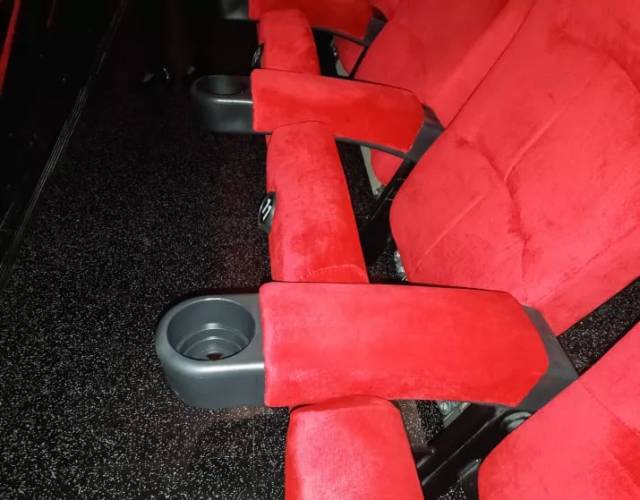 Movie theater seats have only had cupholders since the '80s.

The theater chain AMC first added cupholders to their seats in 1981. CEO Stanley Durwood sought to supply AMC theaters with the most comfortable seats in order to encourage more visitors to his theaters. 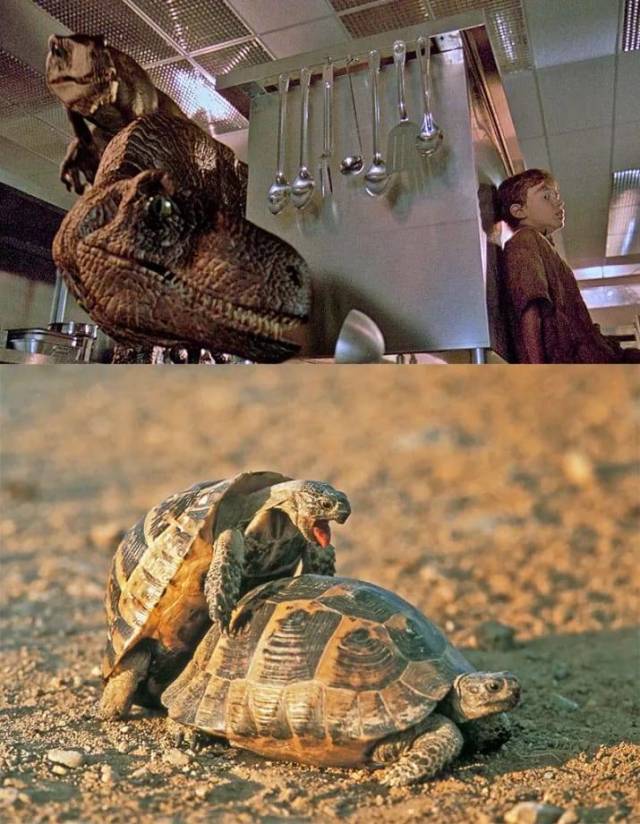 The sound they used for the velociraptors in Jurassic Park is actually a recording of two tortoises having sex.

There was a budget set aside for buying cocaine while filming night scenes in The Blues Brothers.

"Everyone did it, including me. Never to excess, and not ever to where I wanted to buy it or have it," said Dan Aykroyd in an interview. 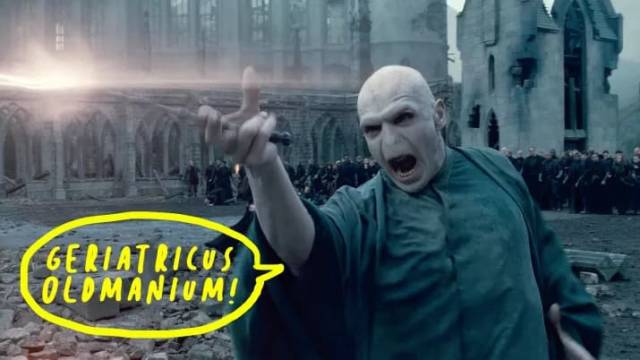 When Voldemort died during the Battle of Hogwarts, he was actually meant to be 71 years old. 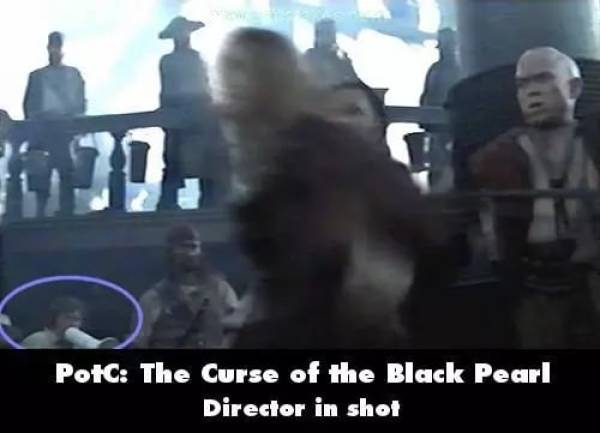 Pirates of the Caribbean: The Curse of the Black Pearl has the most mistakes of any movie since 2000.

Although the film with most errors in history is 1979's Apocalypse Now, the movie with the most errors from the current millennium is 2003's Pirates of the Caribbean: The Curse of the Black Pearl, with a whopping 390 mistakes. It beats out two different Harry Potter films for the honor.