If there was anyone who deserves the crown of the “Biggest Badass in the World,” it’s this guy. Peter Freuchen was a fucking legend. In his lifetime, this Danish explorer took on polar bears and wolves, wore their fur like a fucking hero, wrote and starred in an Oscar winning movie, won a game-show, amputated his own toes and became a millionaire. 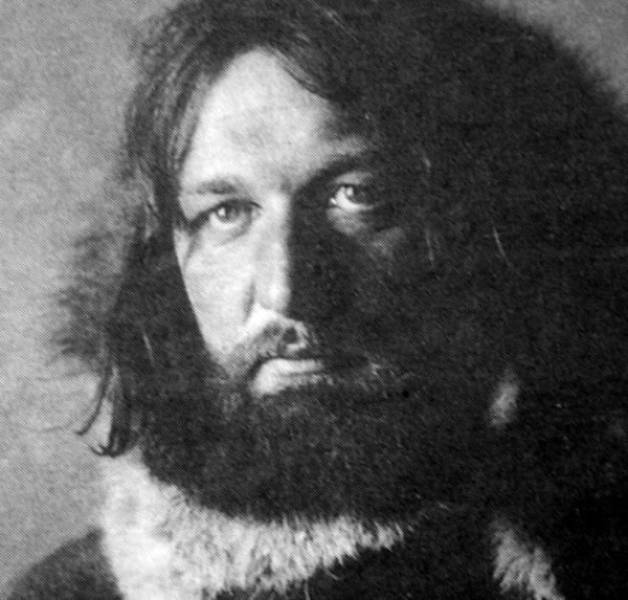 Lorenz Peter Elfred Freuchen was born in 1886, in the town of Nykøbing Falster, in Denmark as the son of a businessman. When he got old enough, he went to medical school at the University of Copenhagen, but soon realized that it wasn’t the life for him.

Writing in his autobiography The Vagrant Viking, the first victims of his badassery were his instructors at school. Knowing that his place was out in the world, he quit and joined up with an Arctic Expedition. 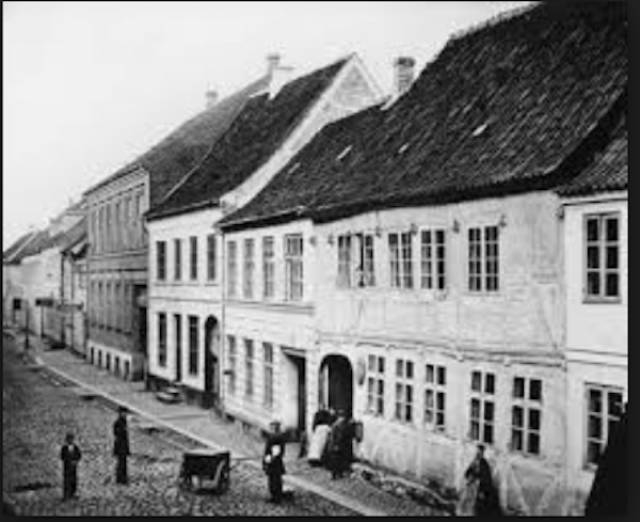 With the goal of charting and exploring the winter wilderness, he signed on with an expedition in 1906, at the age of 20 with his buddy Knud Rasmussen, where they sailed as far as they could north, and then travelled over 600 miles across the barren wasteland, just to see what was out there.

They started a relationship with the Inuit, learned the language and went on epic hunting expeditions where they took on walruses, whales, wolves, seals, polar bears and other insane things. 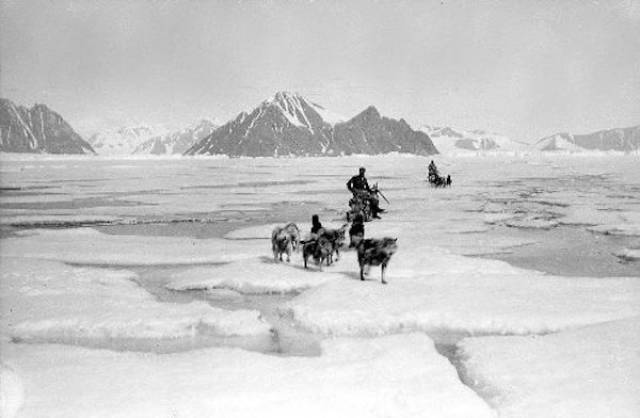 By 1910, Freuchen had done some other expeditions, but the Arctic had his heart, so he returned to Greenland and started a trading post, and named the town around it Thule. At the time, the average temperature was negative 12, back in the days where they had only fur, wool and leather to keep them warm. In his book, he mentions that the would burn coal in his cabin, and the condensation from his breath would collect and freeze on the interior walls, until he had no room to stand up.

He also had some regular encounters with polar bears and wolves that he’d take on mano vs. animal. Then he’d end up wearing their fur. 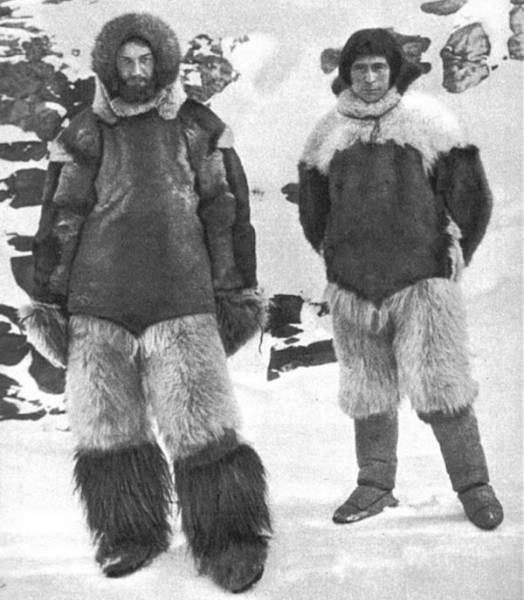 He spent a decade living among the Inuit, and became the first expert on them and their culture. He married an Inuit woman and had two kids with some epic names.

In fact, Freuchen’s plan to settle in Thule had some major lasting repercussions, including having one of his grandchildren became the first person of Inuit decent to be elected to the Canadian Parliament, and establishing Thule as a United States Air Force base. 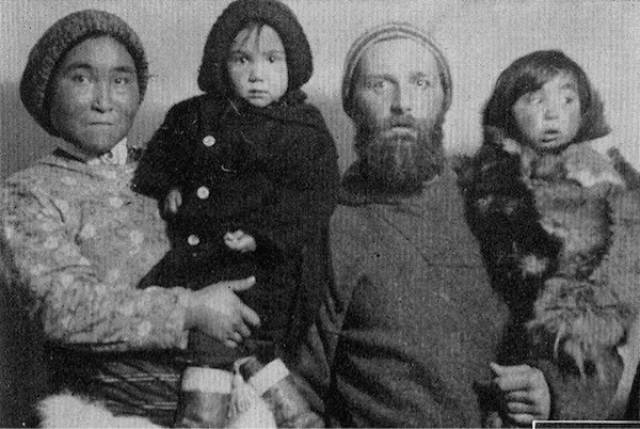 In the meantime, Thule served as the home base for several expeditions between 1912 and 1933.

The first Thule expedition in 1912 involved crossing a thousand kilometres across Greenland to prove to contemporary cartographers that the North Pole and Greenland weren’t just separated by a river. Both Freshen and Rasmussen almost died on the trip, but became bearded legends.

Sadly to say though, his wife contracted Spanish Flu in 1921 and passed away, so he moved back to Denmark. 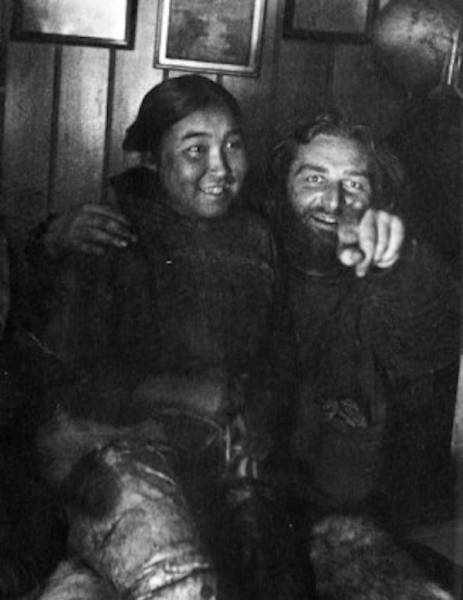 He then travelled around a bit, did some safaris in South Africa and Siberia, wrote several books about living in the arctic, killing animals and some ocean stories, as well as some fiction.

Over 30 books later, he ended up meeting and marrying a multi-millionaire, who was the heiress to a huge fortune in publishing. In 1925, they made Freshen the editor-in-chief of a new magazine, that is still in circulation today, as the longest-ranking magazine in Danish history. 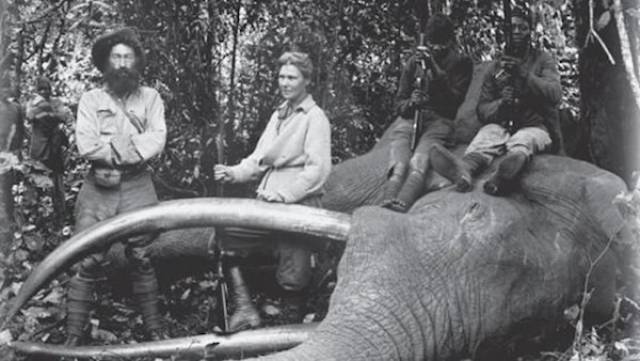 But just because he was a married millionaire with a publishing job, didn’t mean he got soft. Not all all. In fact, he had his own private island in the north, as well as his house and Denmark, and he’d travel back and forth, as well as go back up to Greenland.

His most badass story took place in 1926 when he was in the northern reaches of Greenland, when he got caught in a huge storm. He took cover beneath a dog sled, but the snow overtook him and froze him in place. The ice was so tightly packed around him that his beard was frozen to the ice. If he were to turn his head, he’d have ripped out parts of his face.

After 30 hours of trying to claw his way out, he had a genius idea. He actually took a shit, let that freeze and used the frozen shit to chisel his way out. 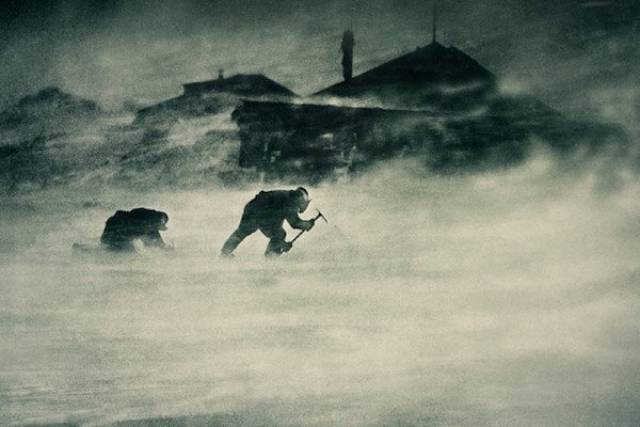 He then crawled 3 hours back to the base, took off his fucking toes that had gangrene with a pair of pliers and a hammer.

Oh, and no anesthesia. From then on, Freuchen was to have a peg leg on his trips back up north. 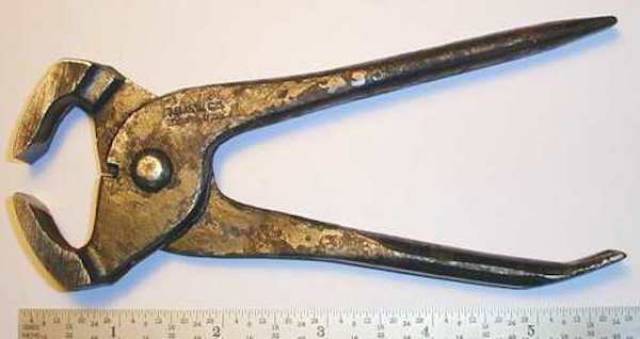 Remember those books he wrote about his experiences? Looks like Hollywood was paying attention. In 1933, one of his books was turned into the film Eskimo, and told the tale of a fictional Inuit warrior’s adventures in the Arctic. Freuchen helped write the screenplay, translate the dialogue into Inuit, was an interpreter on set, helped the film crew survive and played the film’s villain – The Captain. The film ended up winning an Oscar for “Best Editing.”

As a hilarious side note to his badassery, at the premiere of the film, he encountered Nazi director Leni Riefenstahl (who was Hitler’s personal filmmaker) and ended up lifting her over his head, laughing his ass off and twirling her around. He hated it. 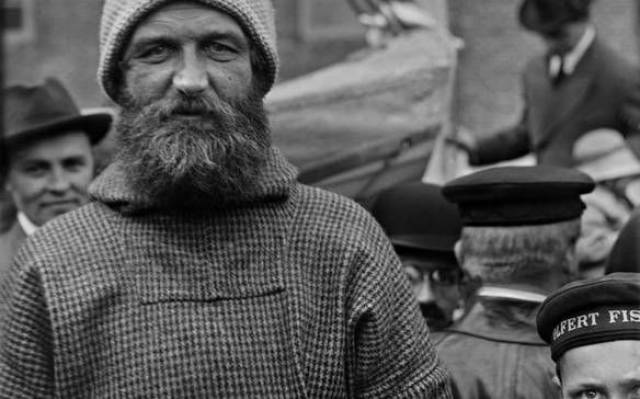 He then started “The Adventurers Club” in Denmark in 1938, where dudes would sit around and tell epic stories, in a wood-panelled room with a epic fireplace and stuffed animal heads.

At that time, the Nazi’s started influencing the countries of Europe, but he wasn’t having any of it. Anytime an anti-semitic comment was made, he’d either toss the guy around, or just stand up to his full 6’7″ height and tell the guy he was Jewish. Whatcha gonna do now?

Shortly after that, he joined the Danish resistance, helping refugees, subverting Nazi operations and was so annoying that he was put on their kill list and was captured and imprisoned.

He escaped and moved to Sweden to continue being thorn in the Nazi’s side. Because nature couldn’t kill this guy, what made them think they could? 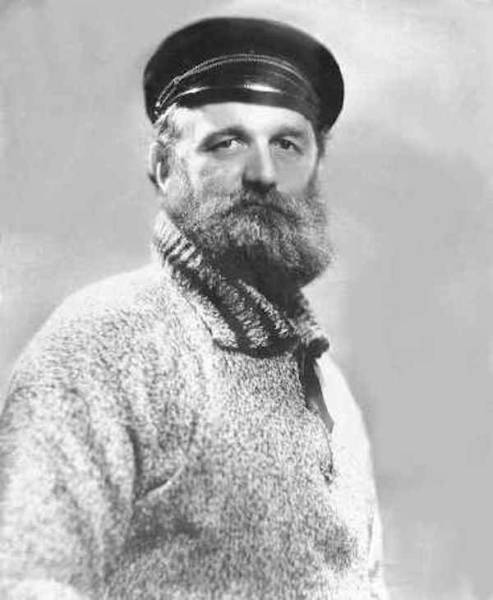 In 1945, after the war, he moved to New York City and married fashion illustrator Dagmar Cohn who worked for Vogue. They actually did a spread on the two in the magazine and this is what he wore – a coat made from a polar bear he hand wrestled and killed. It doesn’t get any more badass than that.

He also joined the New York Explorer’s Club, and shared his stories with the rest of the men, wrote more books and decided to settle into middle age. 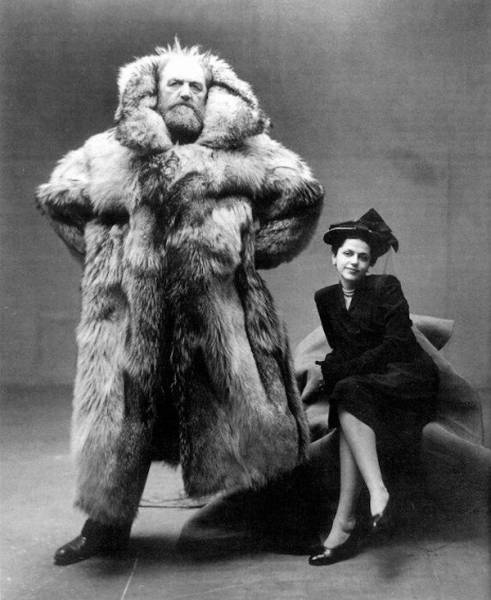 Just when you think he’d just fade into obscurity, he was a guest on The $64,000 Question where he won the jackpot on the “Seven Seas” category.

He was the fifth person ever to win the game show. 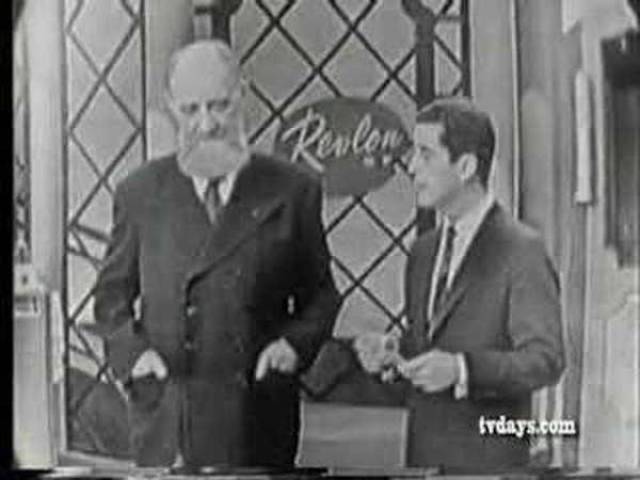 Freuchen completed the preface to his final novel in August of 1957, and then 3 days later, at the age of 71, passed away of a heart attack.

His ashes were spread over the famous table-shaped Mount Dundas outside of Thule, where he’ll rest as a legend. 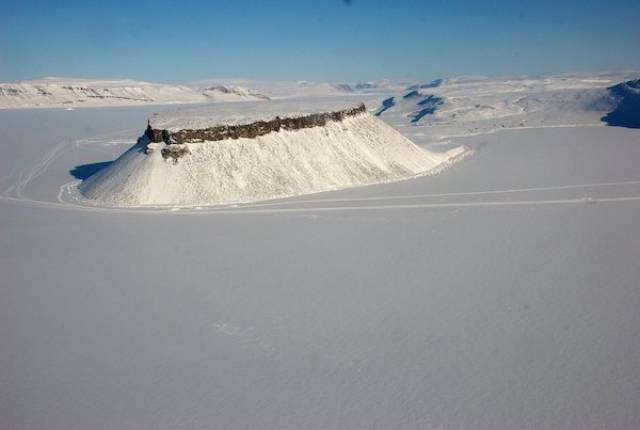