The streets were filled with vendors. 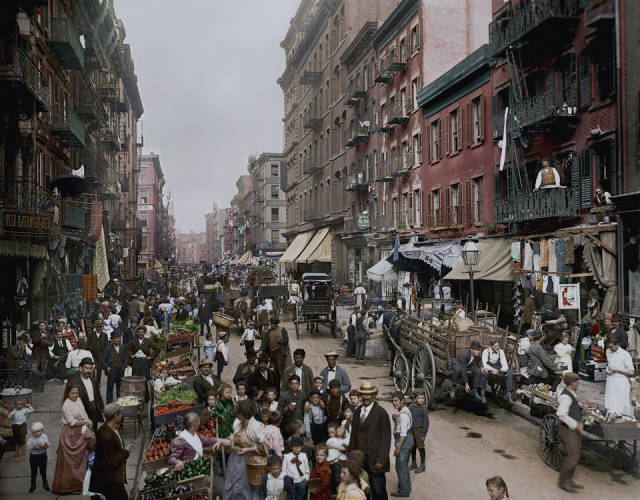 A Union soldier guards a slave auction house in Atlanta, Georgia, in 1864. 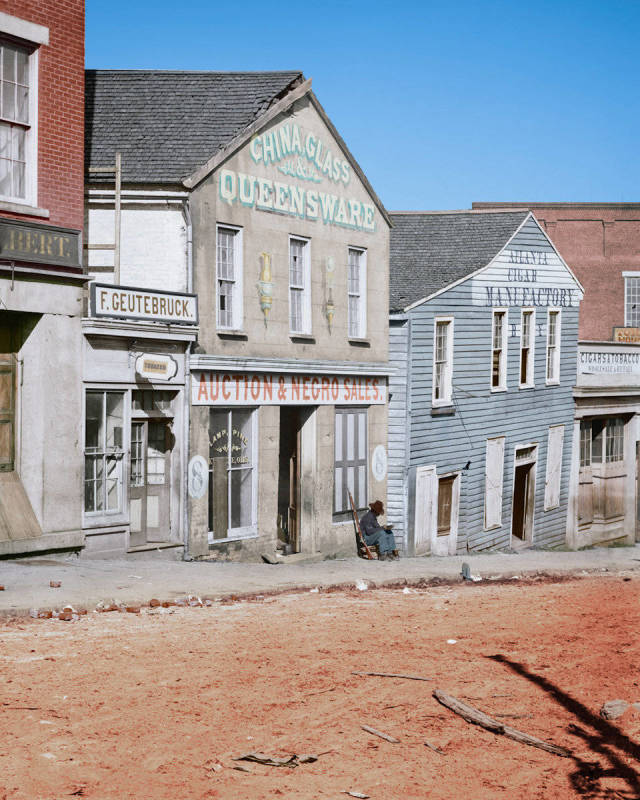 Gutzon Borglum and a superintendent inspect work on Mount Rushmore in 1932. 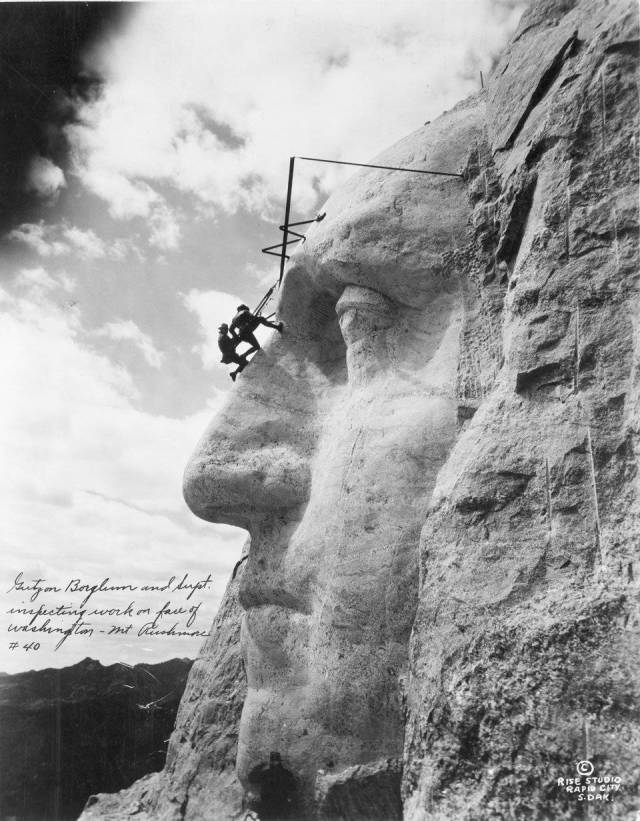 The sculptures were originally supposed to go from head to waist. 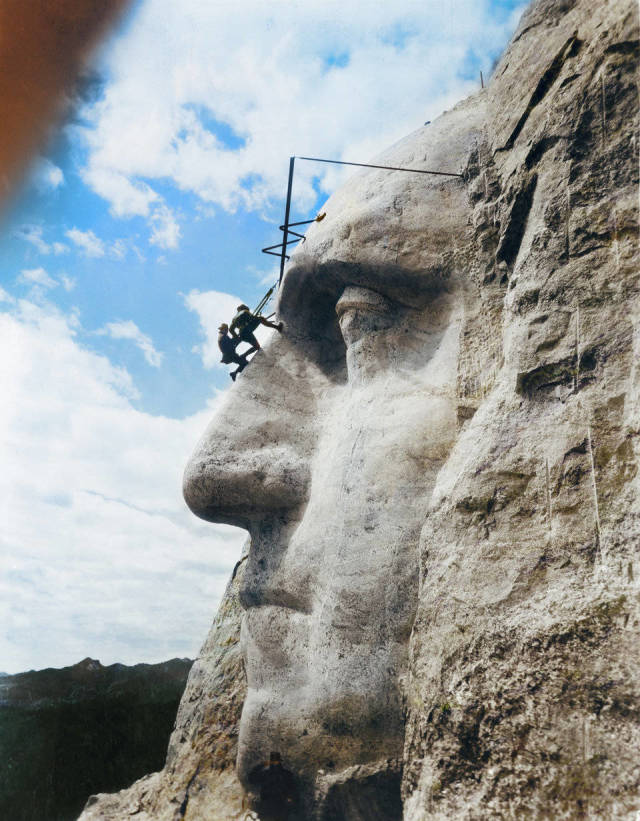 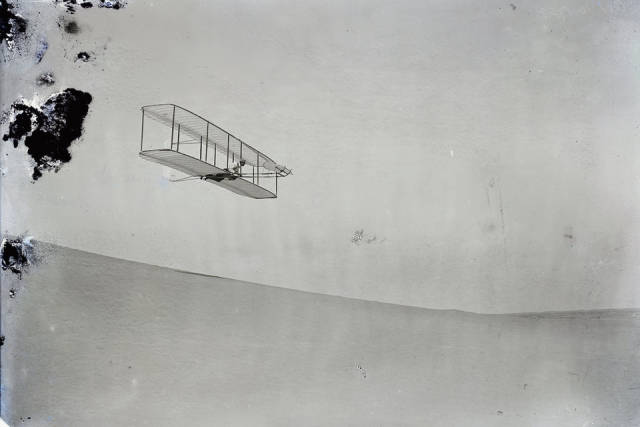 The Wright Brothers would complete their first powered flight in December 1903. 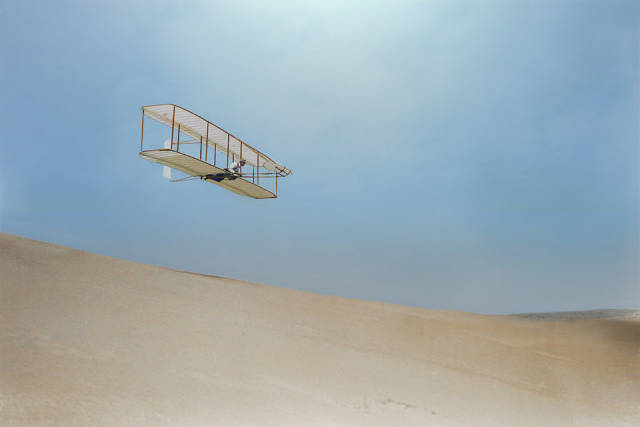 Officials ride in one of the penstock pipes of the soon-to-be-completed Hoover Dam in 1935. 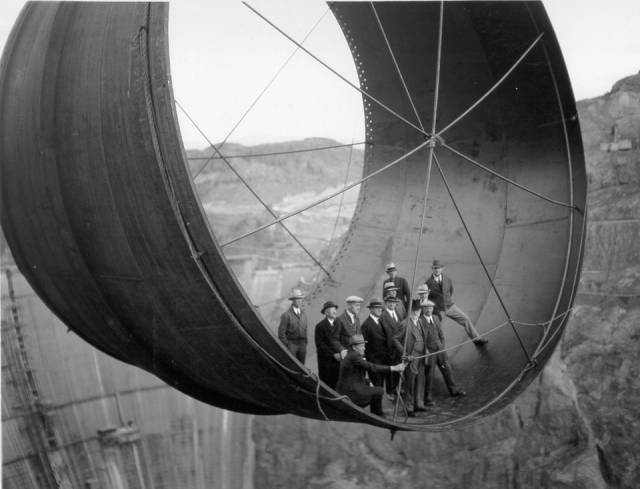 The Hoover Dam was completed in 1936. 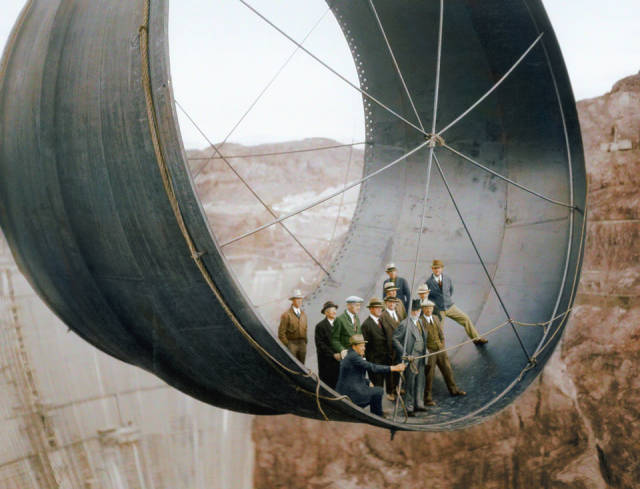 The Golden Gate Bridge is still under construction in 1934. 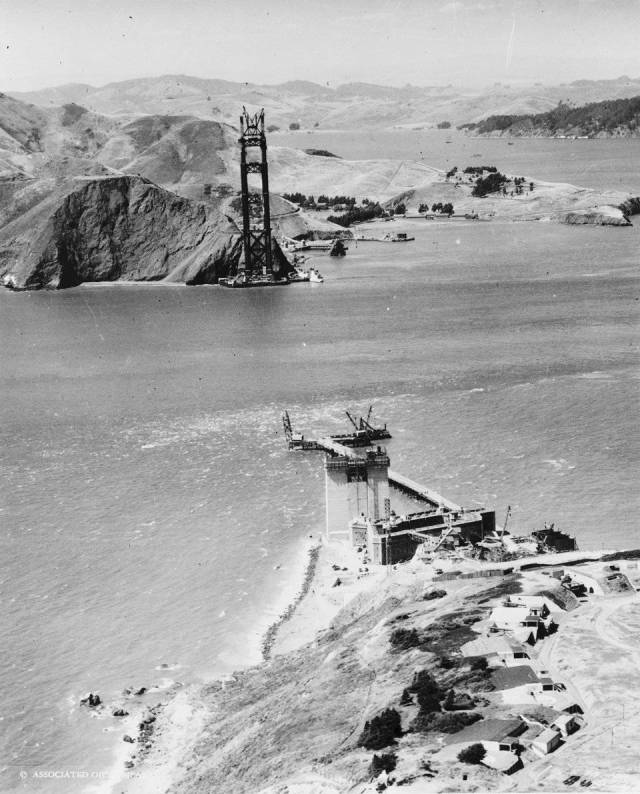 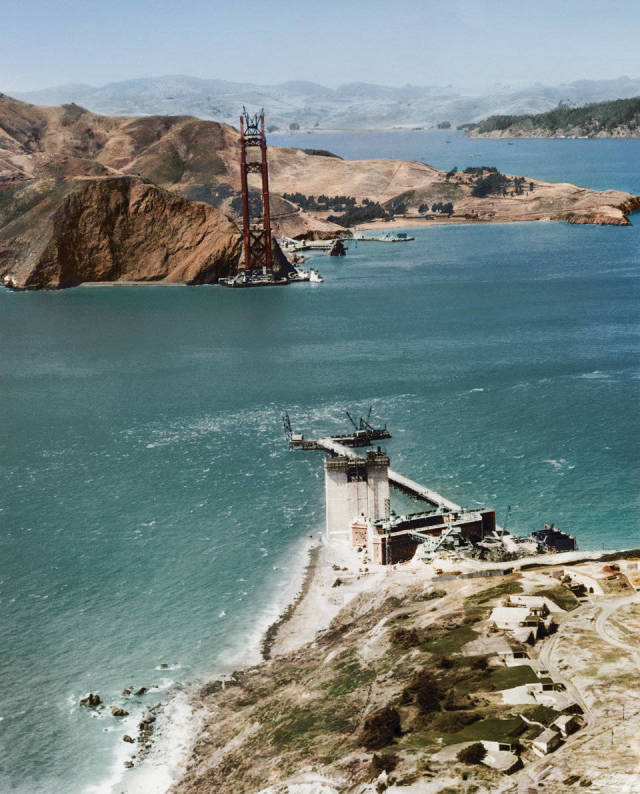 The Eiffel Tower is in the middle of being built in 1888. 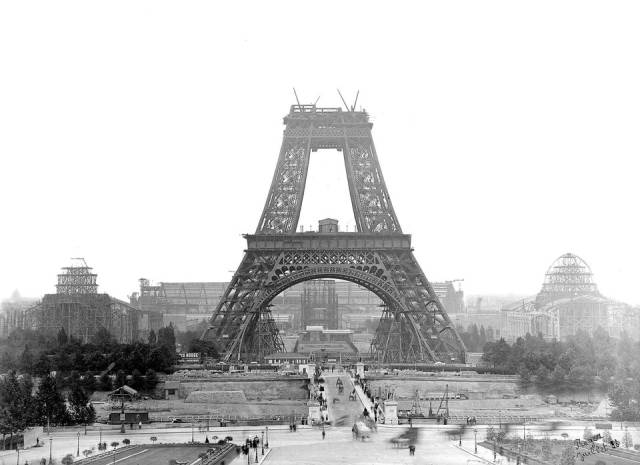 Construction was completed in 1889. 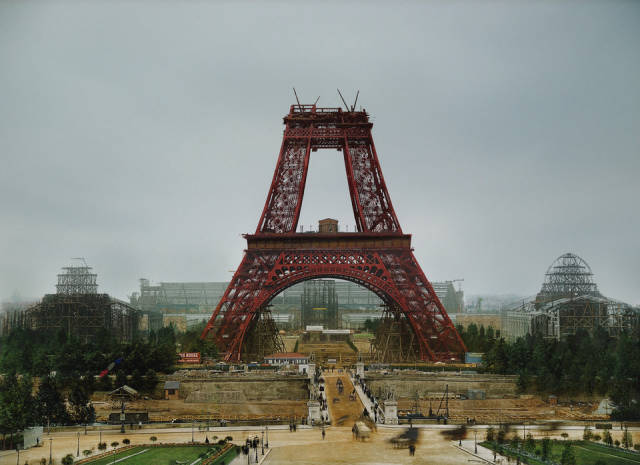 Workers are busy putting together the Statue of Liberty inside French sculptor Frédéric Auguste Bartholdi's workshop in Paris in 1882. 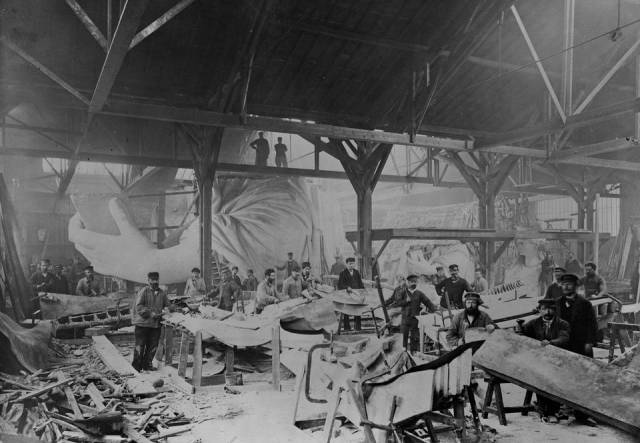 The copper statue was dedicated in 1886. 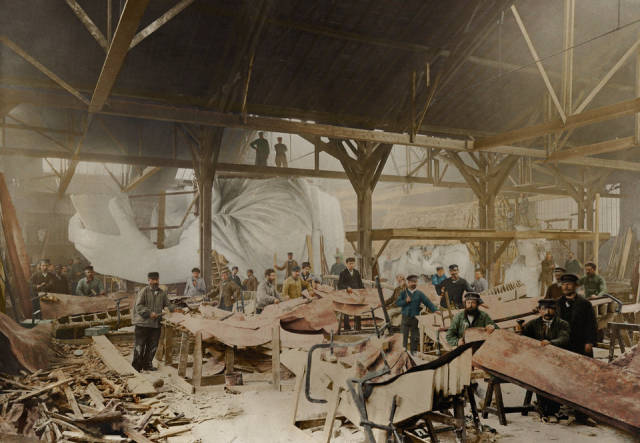 In 1881, the Tower Bridge in London doesn't connect quite yet. 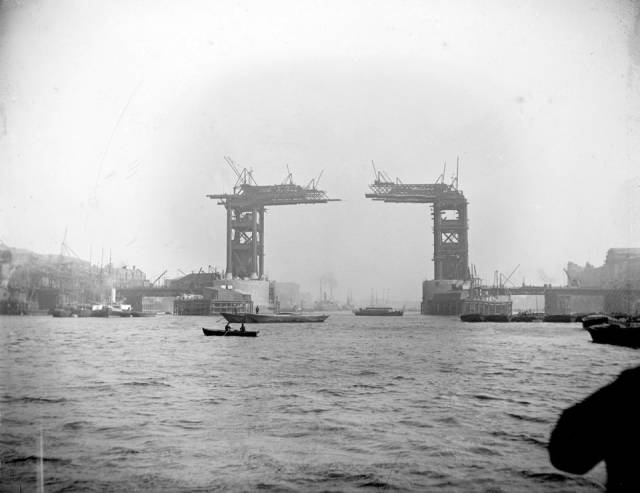 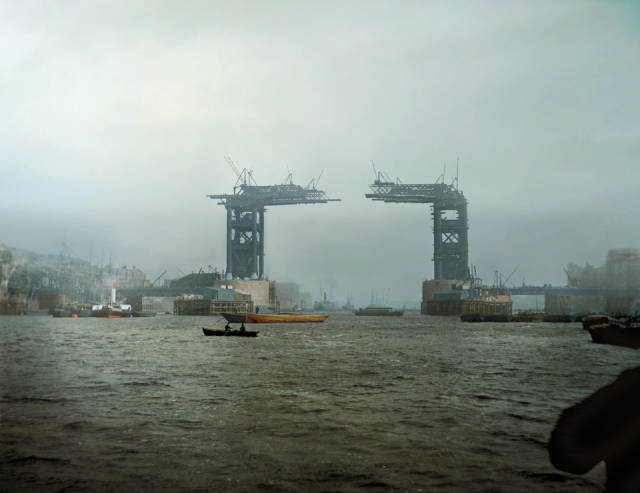 In 1942, during World War II, the Taj Mahal is partly covered in bamboo scaffolding to disguise it from enemy bombers. 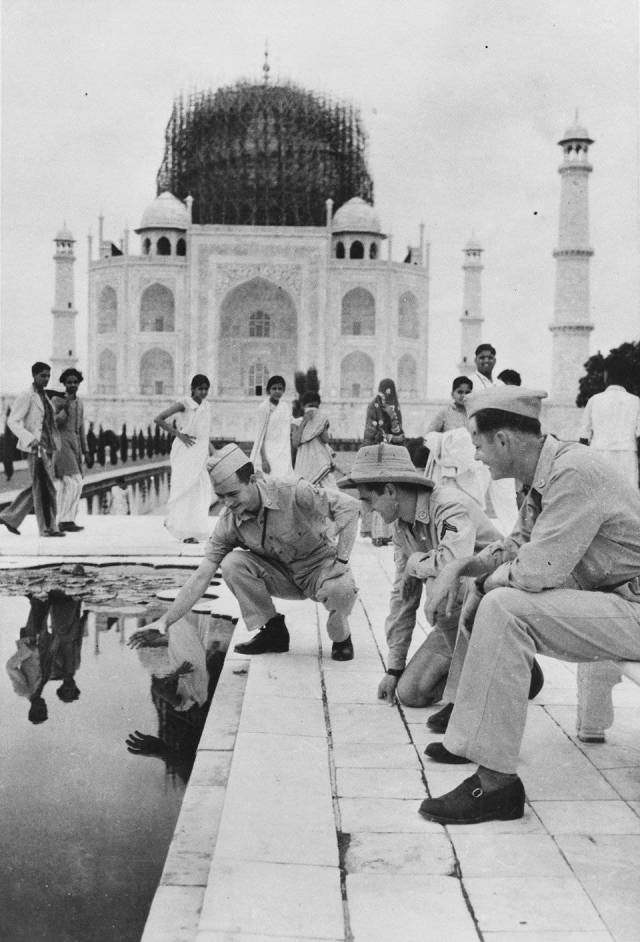 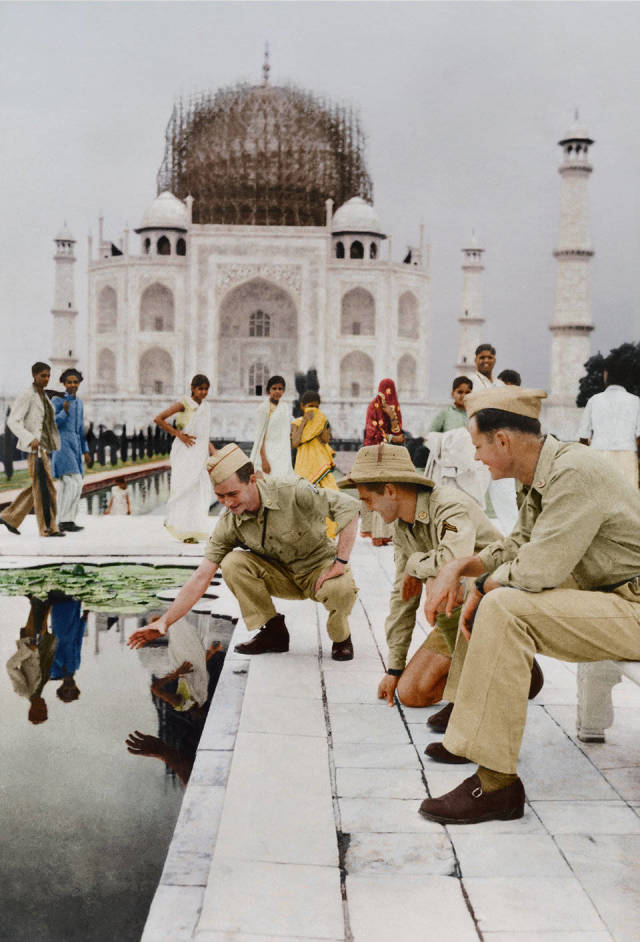 A Douglas SBD 'Dauntless' dive bomber balances on its nose after crash-landing on a carrier flight deck in 1943. 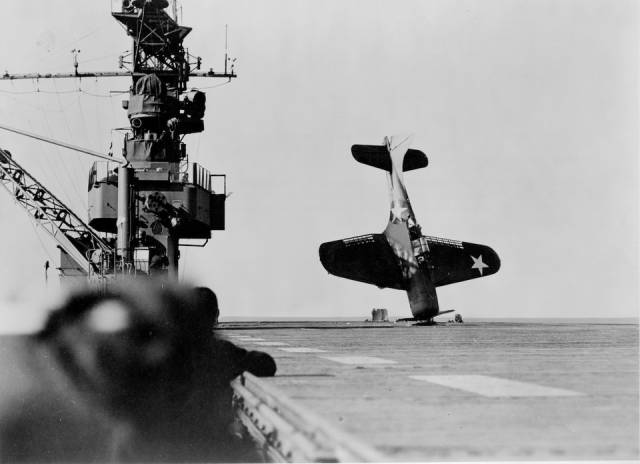 The Scout Bomber Douglas was first used at Pearl Harbor. This photo shows the interior of a salvaged U-Boat after being sunk in the North Sea in 1918. 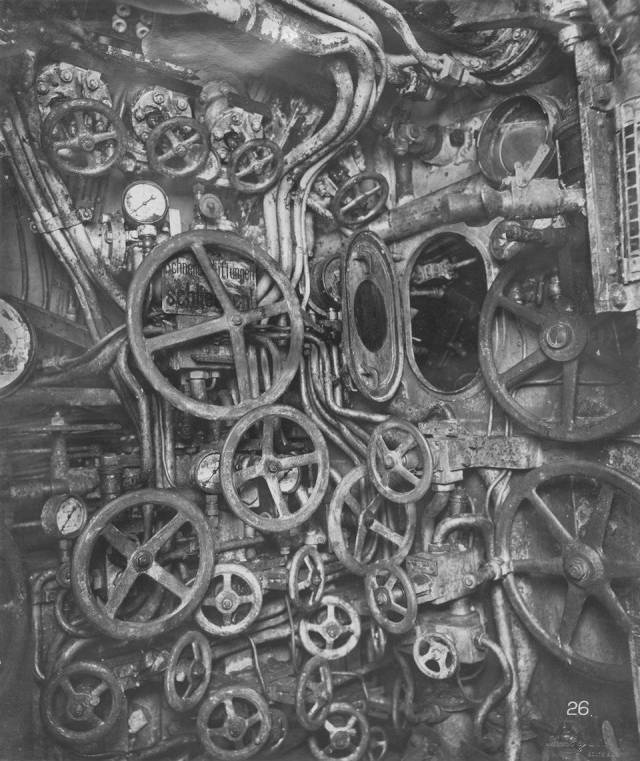 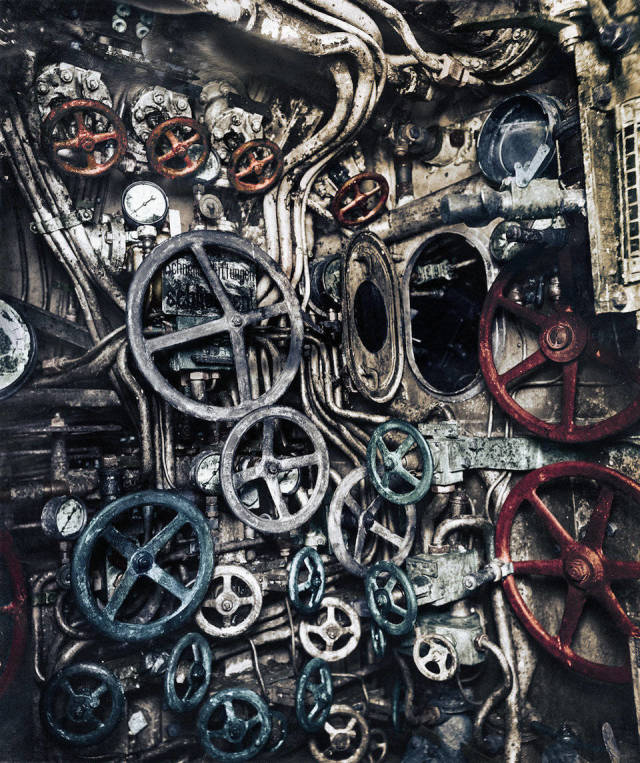 A "Laplander" is photographed by Augustus Francis Sherman, the chief registry clerk at Ellis Island, in the 1900s. 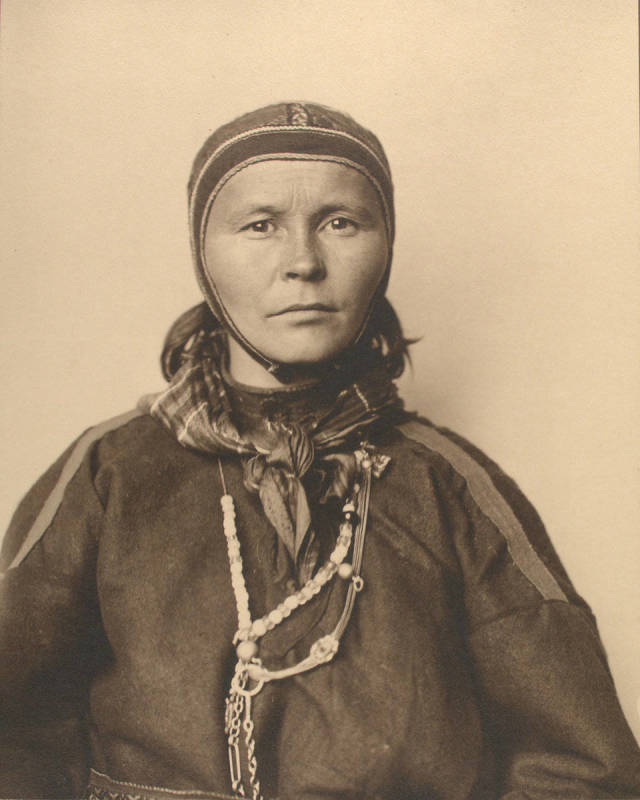 His photos were published in National Geographic in 1907. 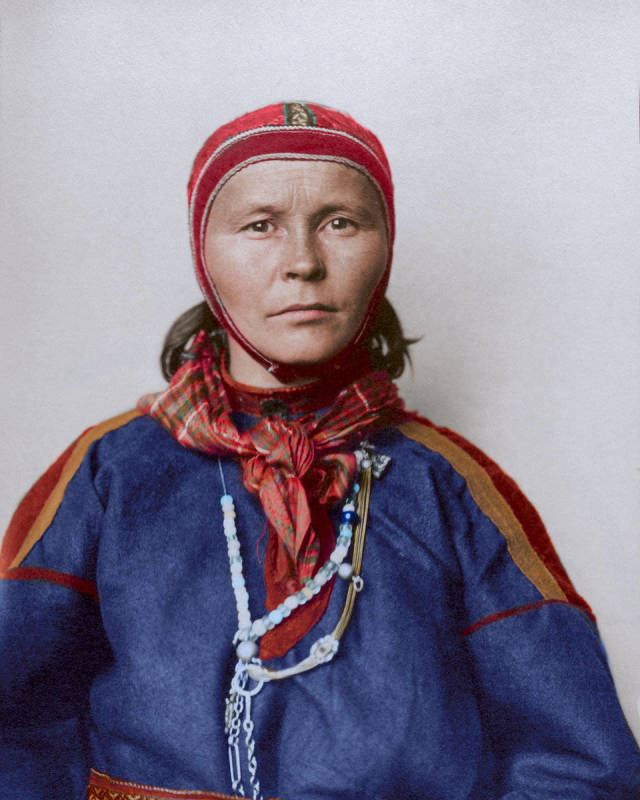 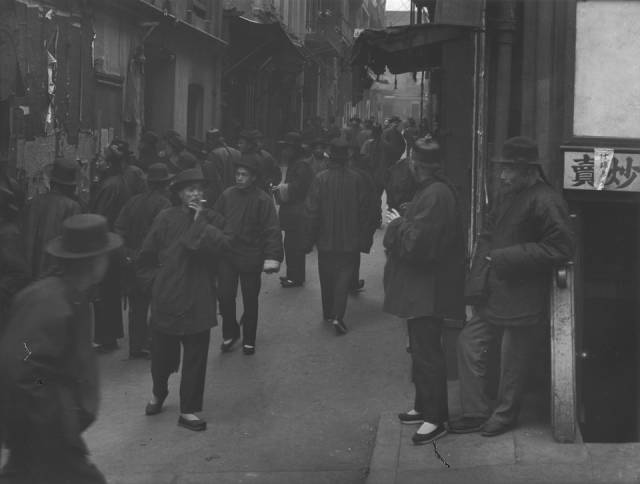 Many photographs of Chinatown were destroyed after earthquakes and fires hit in 1906. 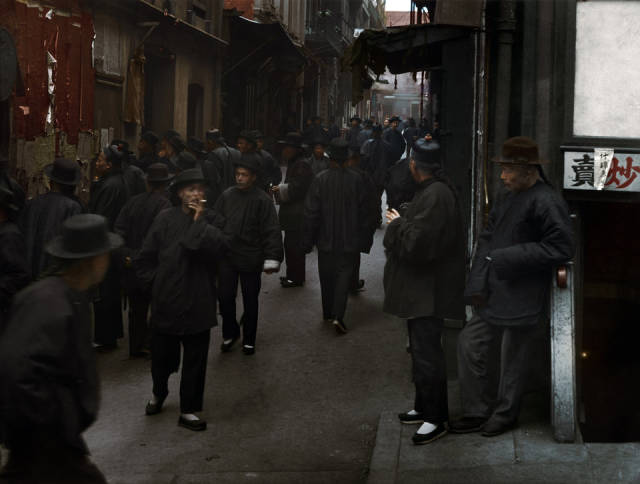