It Looks Like Every Imaginable Thing Has Its Own Wikipedia Page 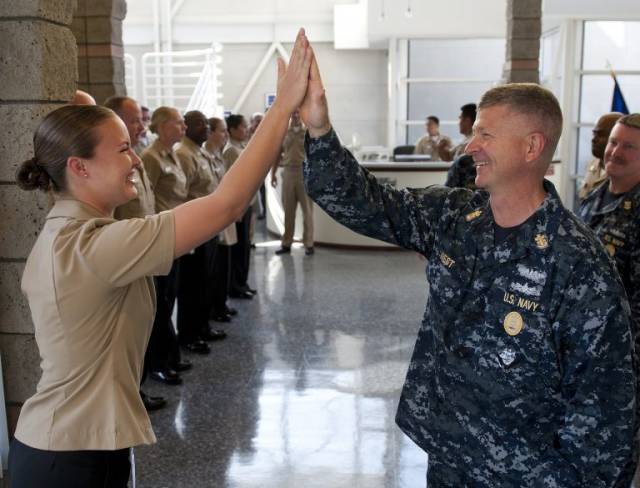 It’s amazing to think that one day someone woke up and thought to write a whole page dedicated to the history of high fives. Bonus points for including some hilariously awkward pictures demonstrating the “too slow” ~variation~. 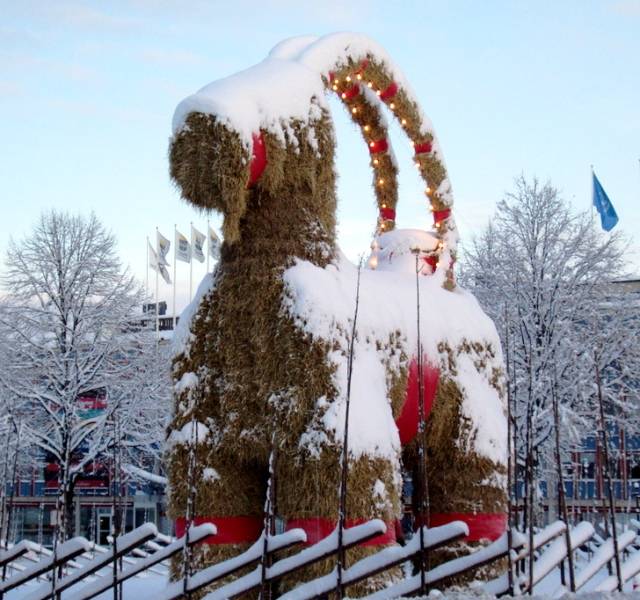 The Wikipedia article for the Gävle goat reveals a remarkable tale of survival that spans over 50 years. It was first erected in 1966, but has since become famous for being burned to the ground by arson attacks almost every year. In total the goat has been destroyed 37 times with the most recent being in 2016. Let’s pray that it’s not destroyed at the end of this year. 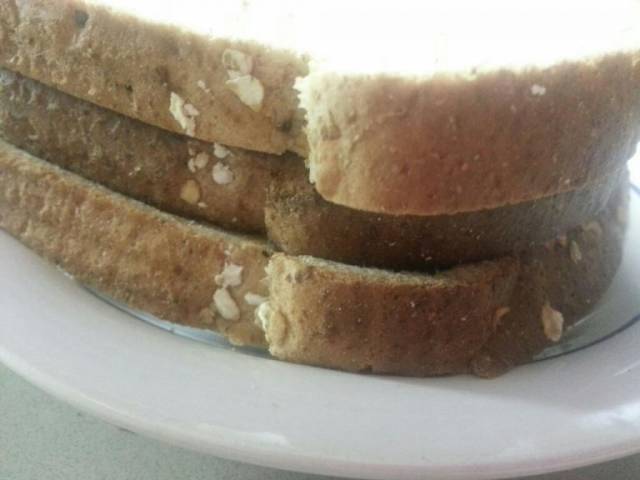 This is easily the most bland dish I’ve ever heard of. It’s literally just bread filled with a slice of buttered toast. That’s it, and somehow it’s managed to cop an entire Wikipedia page. 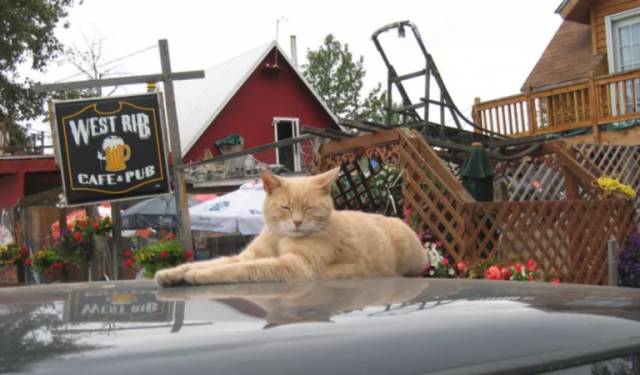 Most mayors don’t demand belly rubs, take long unexpected naps, or will only drink water from a wine glass that has a hint of catnip in it. But then most mayors aren’t cats, and although the position was only honorary, Stubbs held the title in Talkeetna, Alaska until his death in 2017. 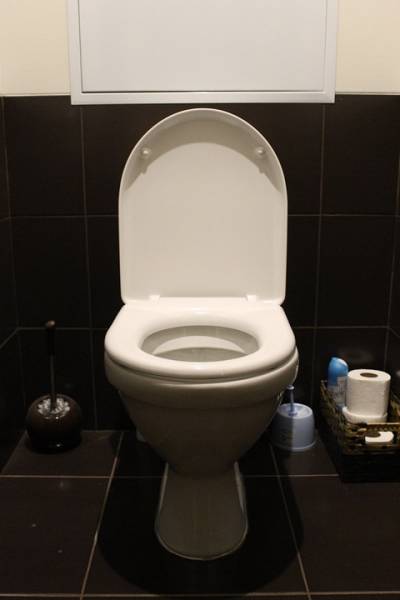 The number of people on this page is surprisingly high and includes names like Elvis Presley and Catherine the Great. 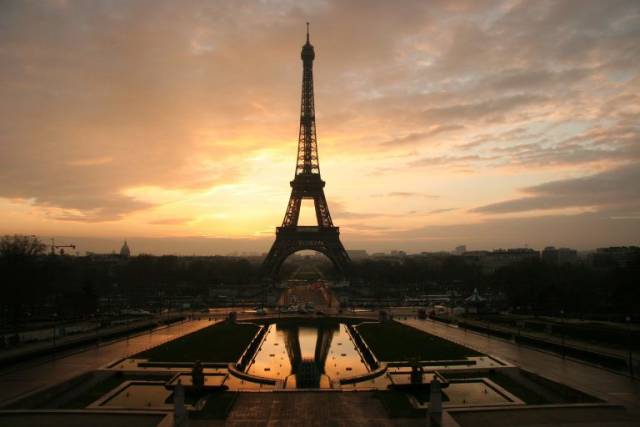 When things aren’t what you expect, it can be pretty disappointing. But for some Japanese tourists, the realisation that the city of Paris is far from the idealistic, picturesque images seen in Hollywood movies can be psychologically damaging. Sounds unreal, right?! But it’s a legitimate condition that has been documented in psychiatric journals. 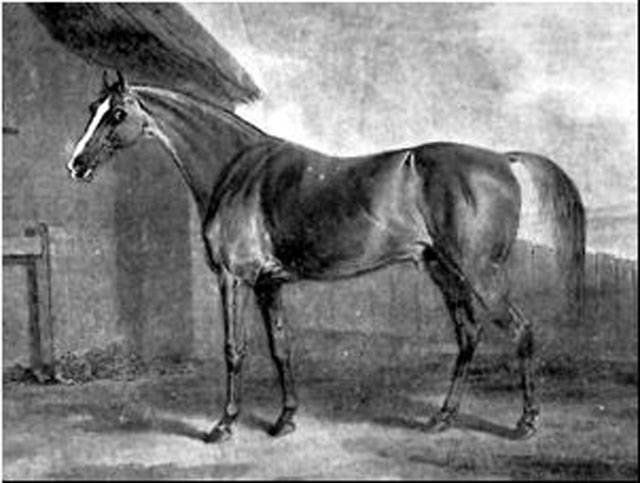 You think there would be a more interesting story behind the name of this horse, but really it was just a stable boy trying to funny. The name stuck and here we have Potoooooooo, who actually ended up winning 30 races. Good on you, Potoooooooo. 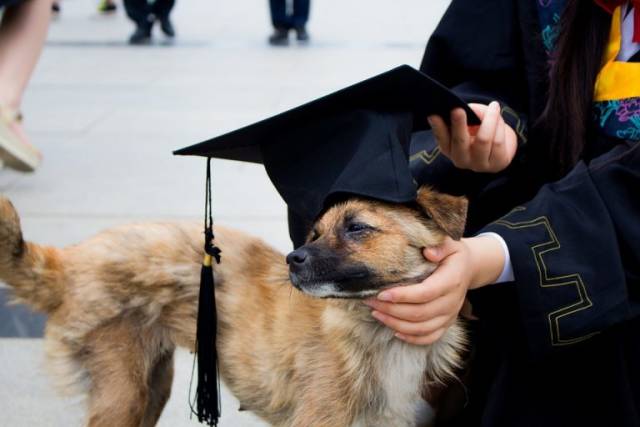 If you think an animal receiving a diploma was surprising enough, wait until you read about the actual circumstances in which they received their credentials. Take Colby Nolan, for example, a house cat who was awarded a MBA by Trinity Southern University, which then led to an expensive and turbulent fraud lawsuit. 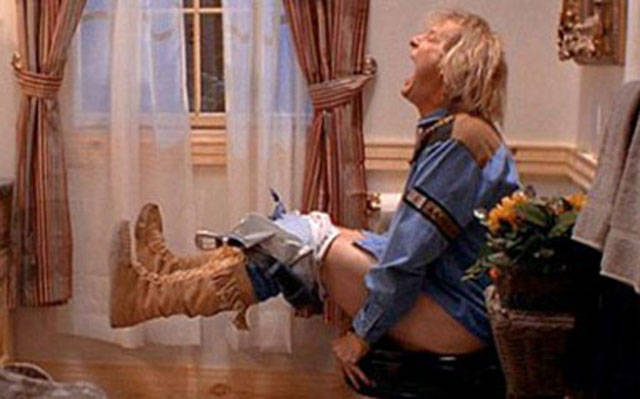 Ever walked into a bookstore and suddenly had the urge to poop? Personally I haven’t, but the Mariko Aoki phenomenon, which was coined by a Japanese woman in 1985, refers to that exact feeling. 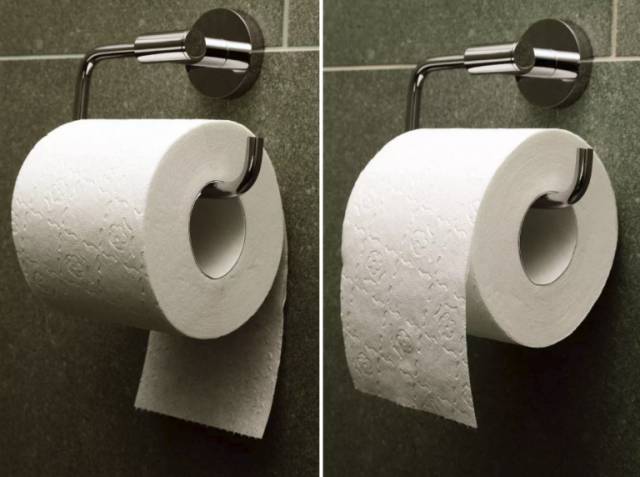 Yes, there is an entire Wikipedia page, including multiple survey results, based on toilet paper orientation. There’s even arguments raised for both “under” and “over” in case you ever feel the need to debate this controversial point of difference. 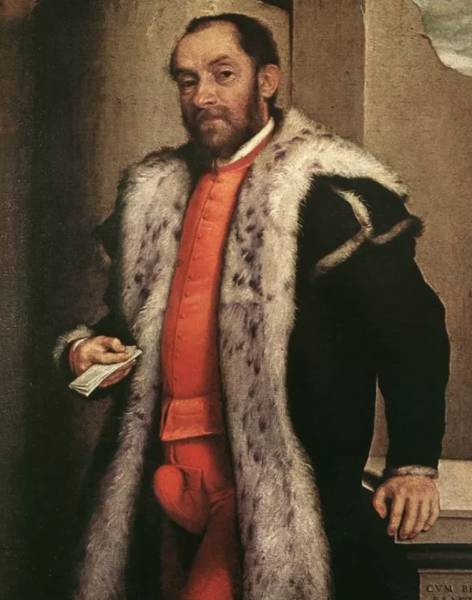 European fashion obviously hit its peak during the 15th and 16th century with codpieces. They were a covering flap or pouch that were used to uh, well, accentuate the genital area. Lol. 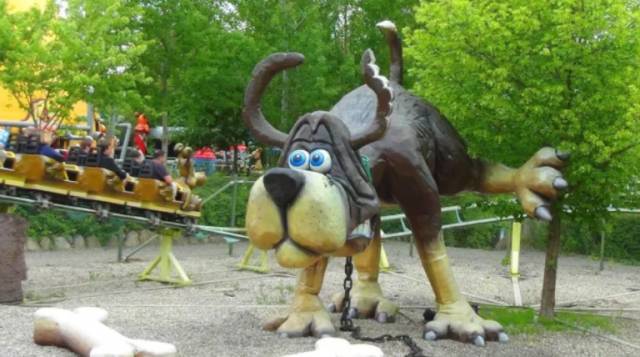 The name of this Danish amusement park ride translates to “Dog-Fart Roller Coaster”. Rolling with the theme is the coaster trains, which are designed in the shape of a dog named “Henry Dog Fart”. The ride itself will take you round piles of dog faeces and a statue of Henry caught mid-poop. How lovely. 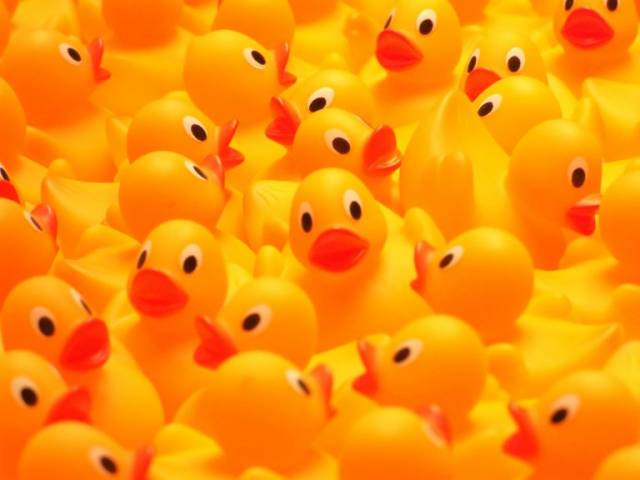 The Origin Of Rubber Ducks

A whole Wikipedia page is dedicated to the history of rubber ducks, including its induction into the Toy Hall of Fame in 2013. Onya rubber ducky.

If you’re looking for an excuse not to sleep tonight, just read up on these nightmare-inducing ray and skate carcasses that were once dried and modified to look like this monstrosity. 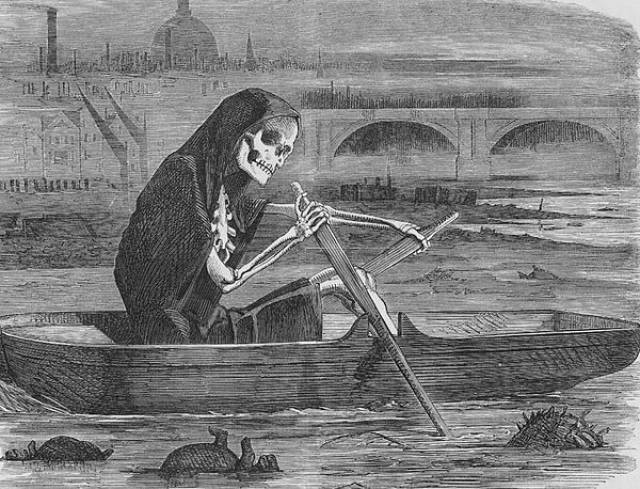 If you think for one second there’s any exaggeration in the naming of The Great Stink, well, prepare to be wrong. Over a two-month period of extreme heat, the smell of human waste that had been dumped into the River Thames intensified and flooded the city of London. 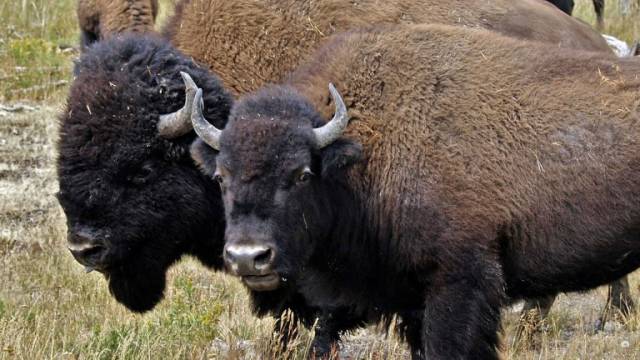 According to Wikipedia, this is a grammatically correct sentence that uses three different meanings of the word “buffalo”. It refers to the city of Buffalo as a proper noun, the verb buffalo meaning “to bully, harass, or intimidate”, and the animal itself. It’s highly confusing and I still don’t get it. 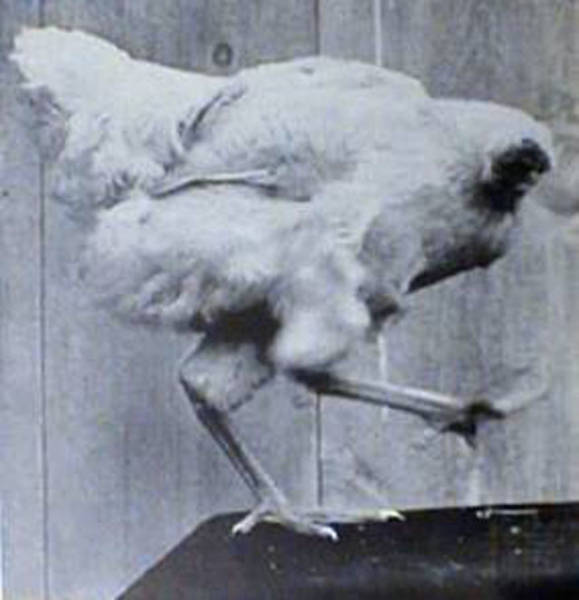 This is equal parts bizarre and unusual, which is basically what the majority of Wikipedia is. But anyway, Mike was a miraculous chicken who survived for 18 months after having his head chopped off. At one point, he was even valued at $10,000 and was featured in Times magazine. 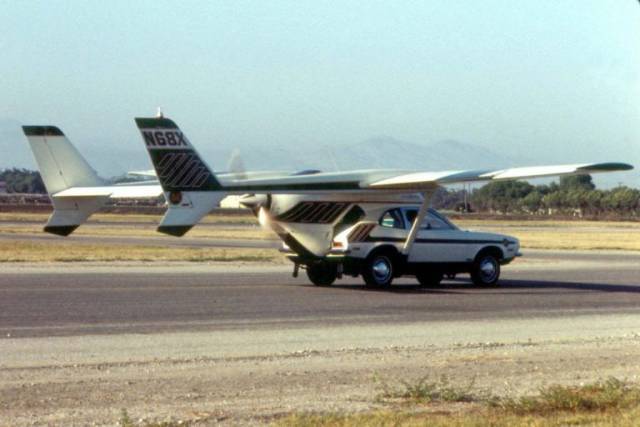 Who knows what the Advanced Vehicle Engineers (AVE) of Van Nuys were thinking when they cooked up this hybrid airplane-car invention. Production was scheduled to begin in 1974, but after a devastating test crash that killed the Vice President of AVE and the Mizar creator, the project was abandoned. 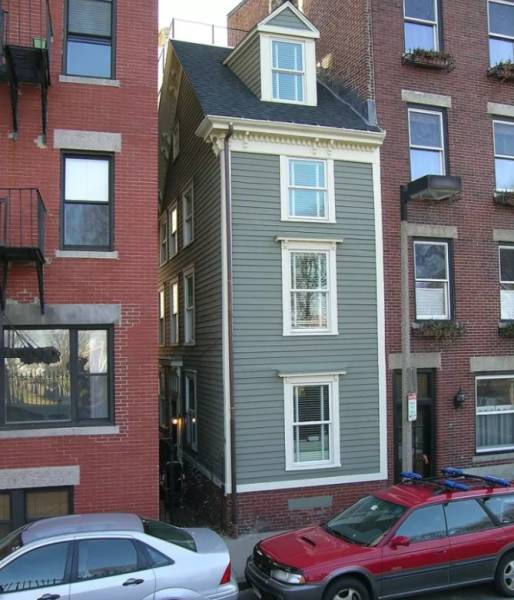 Spite houses are easily the most petty thing someone has come up with. They’re specially constructed or modified buildings that have been designed to annoy your neighbours by either blocking light or restricting access to nearby buildings.