Martinez said that she wasn't just taken out of class at Braden River High School—she was sent to the nurses office and instructed to put bandaids over her nipples as a safeguard against attracting male attention. Sure, that'll work. But that wasn't it."They had me put on a second shirt and then stand up and, like, move and jump around to see how much my breasts moved," Martinez said. "I was mortified." Her mother received a phone call from school officials, and she was hopping mad about it. Florida high school student Lizzie Martinez and her mom, Kari Knop met with Braden River High School's principal, the female dean involved, the nurse and a school board representative, because they really don't see the issue with anything, other than the bandaids on the nipples. The Principal did state that the request to bandaid her nipples should have never happened. But the rest of it was excuse after excuse. Asking Lizzy to stand up and "move around" was found to be an acceptable request but should have never happened in the first place. 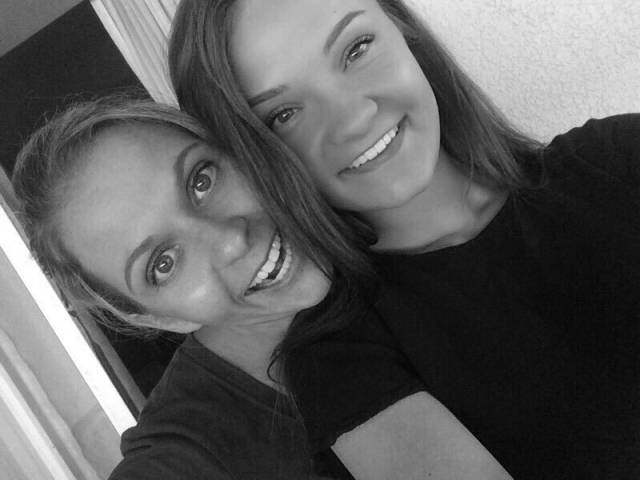 Martinez tweeted that her school had blocked her on Twitter after she posted about the incident: 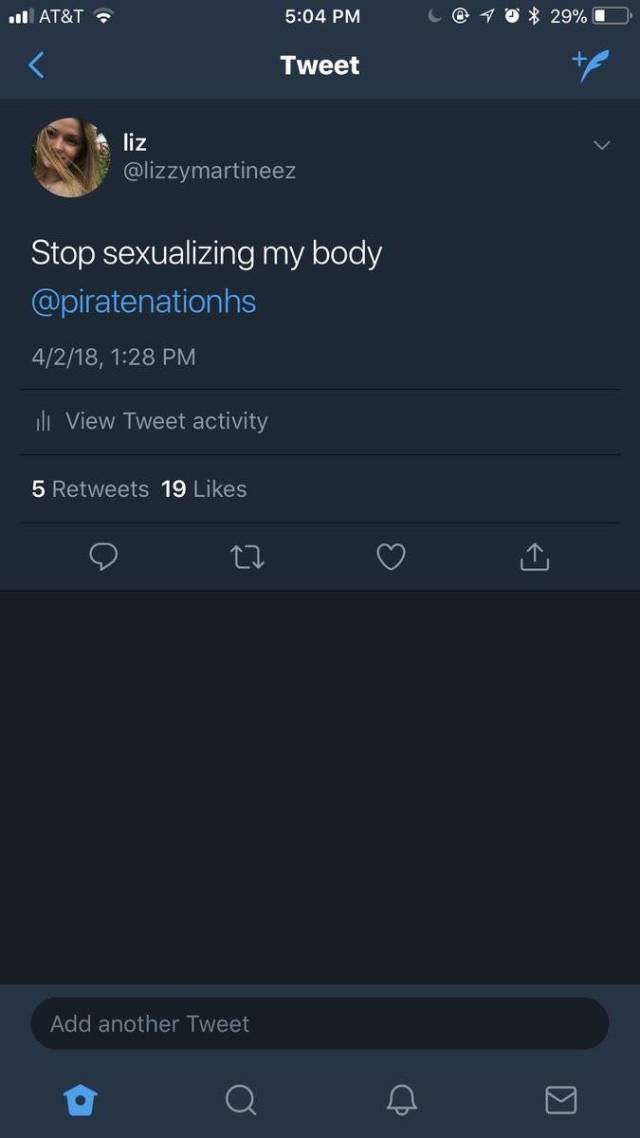 *school has student put bandaids over her nipples because it is a “distraction” then blocks them for calling them out on sexualizing her* :/ 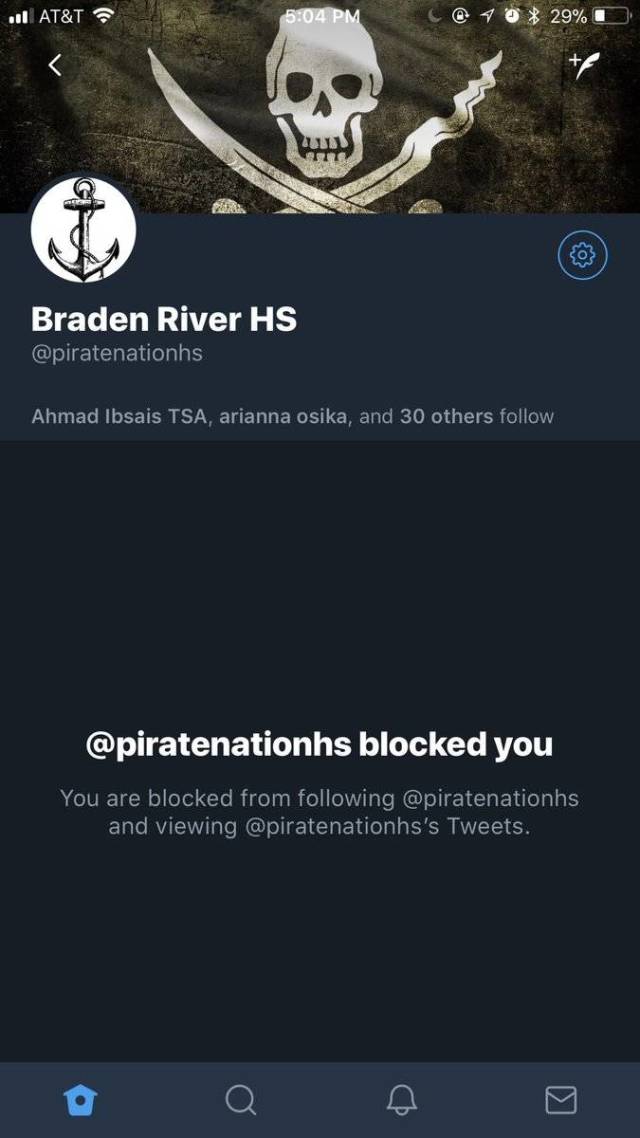 This is the shirt in question. Under which she was not wearing a bra, however, this entire situation was horribly handled by school authorities 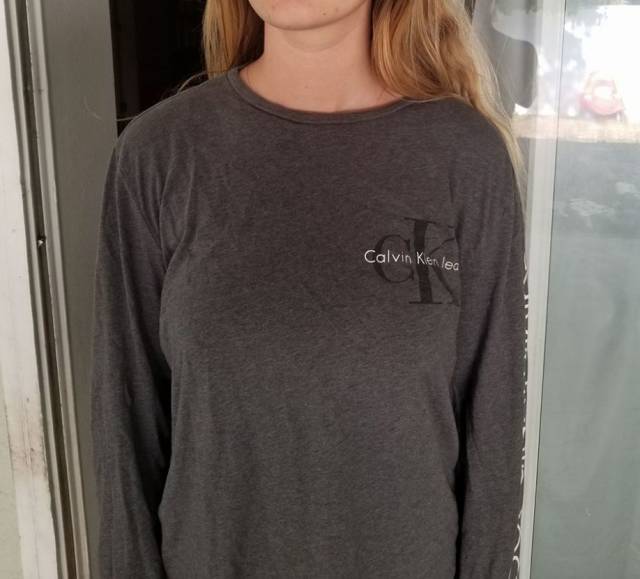 Mitchell Teitelbaum, the district's general counsel, released a statement saying that Martinez was in violation of the school's dress code, which states that if "personal attire or grooming distracts the attention of other students or teachers from their school work, disrupts educational activities and processes of the school, or is a potential safety hazard" students will be expected to change or face suspension. However, Teitelbaum does seem to admit the procedure used for handling Martinez's supposed violation was inappropriate. "This matter was brought to the attention of the Superintendent’s Office for review. It is undisputed that this matter should have been handled differently at the school level and corrective measures have been taken to prevent a reoccurrence in the way these matters will be addressed in the future," Teitelbaum said. "There was a violation of the School Dress Code and it was an appropriate matter to address by the School. It is clear the intent of school officials was to assist the student in addressing the situation. No disciplinary action was taken in relation to the student." Knop is pretty dissatisfied with the response all around: 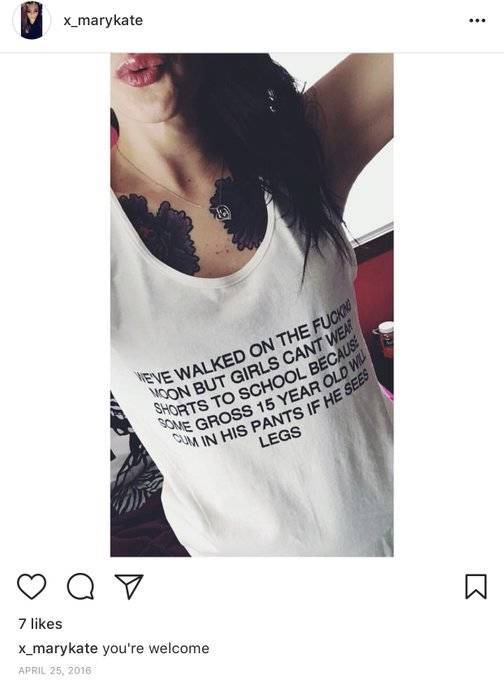 Cancamuso 1 year ago MARK AS SPAM
Yes, the girl in the last picture must be way better person than the 15 years old boy with an erection. But there is some science here for you. They boy actually loses blood in his brain with the erection, the girl just didn't have any in the first place.

"3rd wave feminism, PC and BLM are the cancer of the modern world." Truman Capote
quoteReply