People Don't Come to These Restaurants for the Food (25 pics) 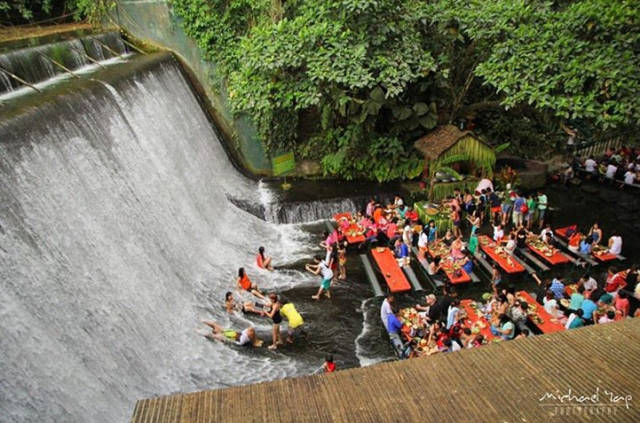 There is a resort called Villa Escudero in the Philippines where you can visit the Labassin Waterfall restaurant that is located at the foot of a small waterfall. The tables are standing right in the water and the restaurant is mostly visited by tourists who want to try Philippine cuisine in an unusual environment. 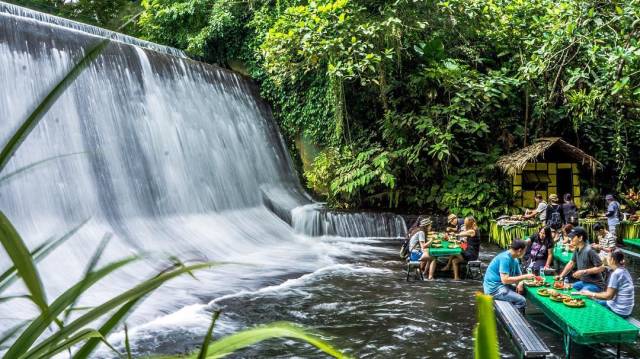 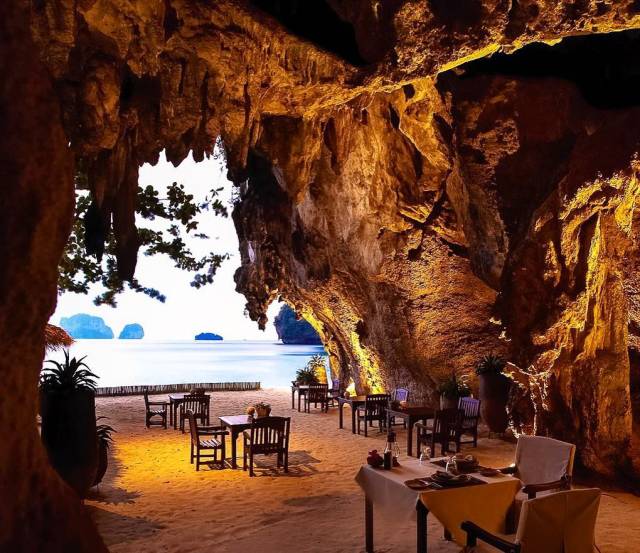 The Grotto, a romantic restaurant, is located in a limestone cave on the Phra Nang beach in Thailand. It belongs to the Rayavadee resort, but anyone can reserve a table even if they aren’t guests of the resort. Their signature dish is grilled seafood that is served in the evenings several times a week. At other times, guests are offered light snacks and desserts. 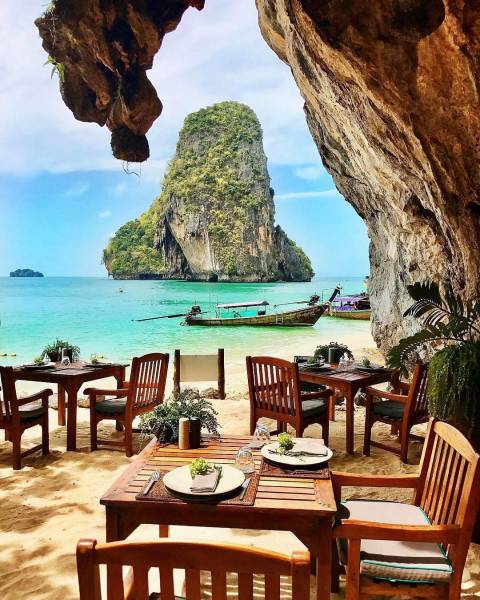 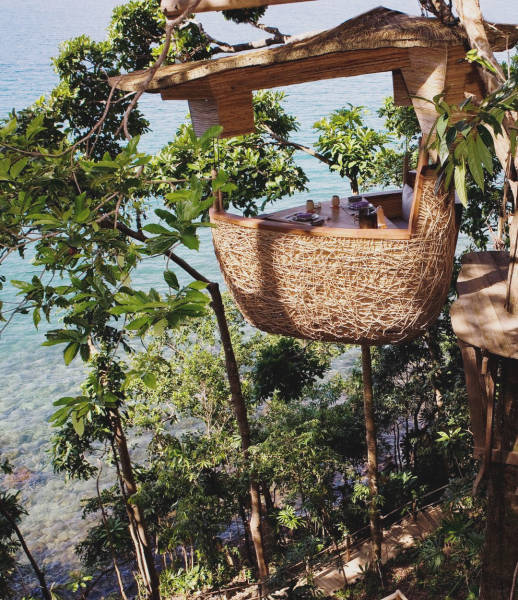 It seems that the owner of this restaurant probably thought “Having lunch in a bird’s nest? Why not?” The restaurant belongs to Soneva Kiri Eco Resort in Thailand and we’d guess that the waiters there never get bored — the dishes are served with the help of a zip line to 3 ’nests’ at the height of 16 ft. 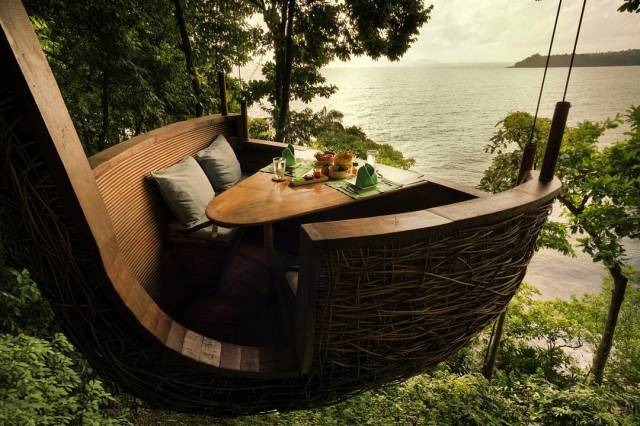 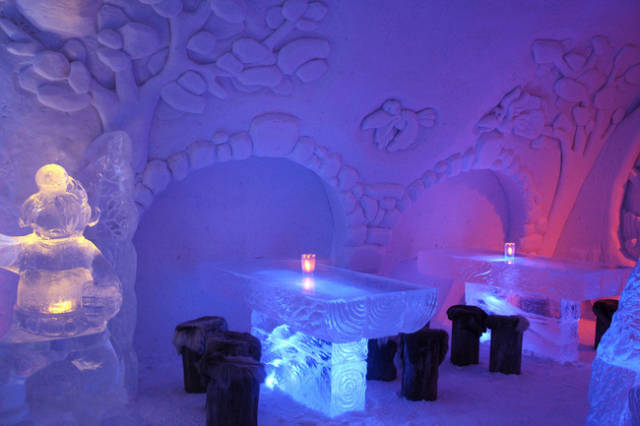 The village of Santa Claus in Finland attracts many tourists annually. Apart from meeting an old magical man, here one can visit a restaurant that’s totally made out of snow and ice and decorated with ice sculptures. 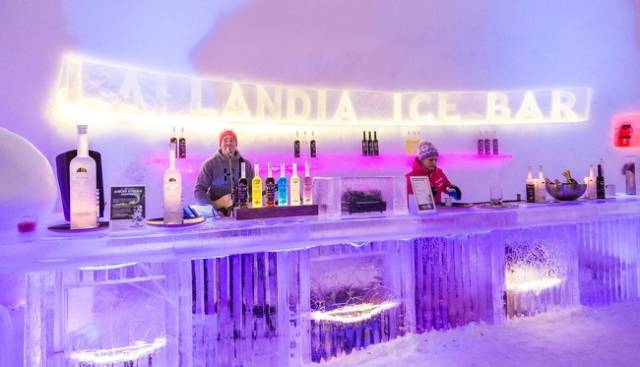 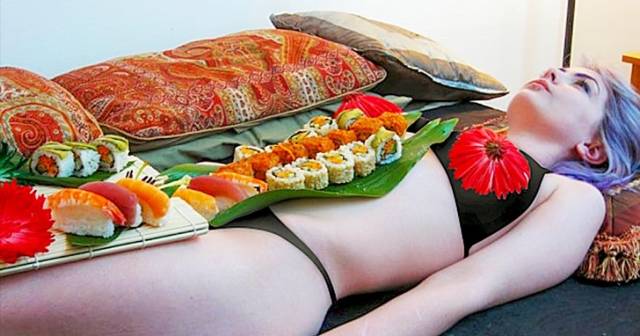 This type of restaurant is pretty wide-spread in Japan. The name Nyotaimori stands for ’serving food on a female body.’ Despite the name, male bodies are often used as well. This practice started during the period of Samurais and was a part of geisha culture — they would welcome the victors that came back from battles in such an interesting way. 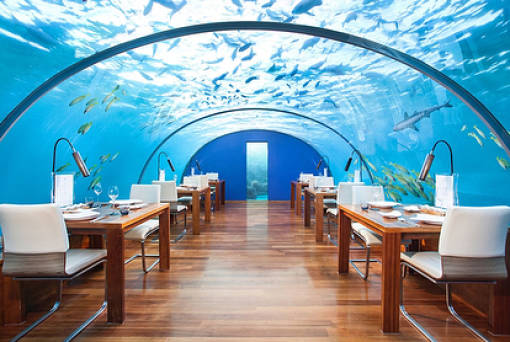 How about having dinner with sharks, stingrays, and turtles? If that’s a yes, then you should visit Ithaa Restaurant in the Maldives. It’s located underwater at the bottom of the Indian Ocean. A perfect option for those dreaming of seeing the underwater world but are too scared to try diving. 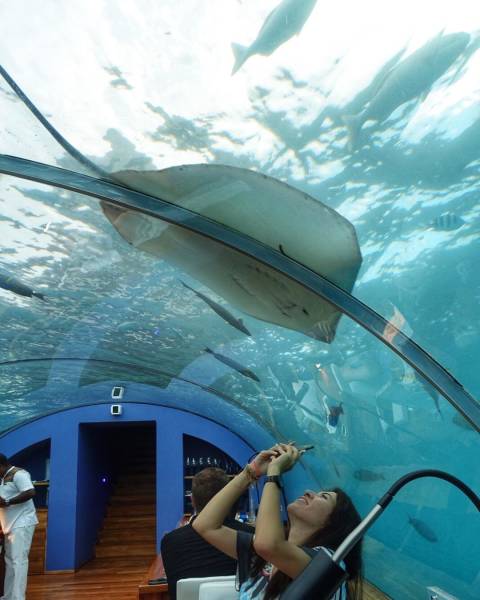 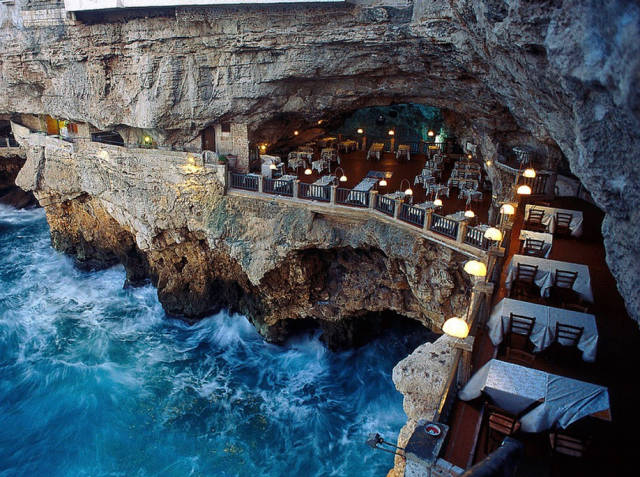 Apparently Thailand isn’t the only place you can dine in a cave. This cave restaurant in the Italian city of Polignano a Mare is located at an altitude of 82 ft above the Adriatic Sea. A bar and lounge area are also available here. 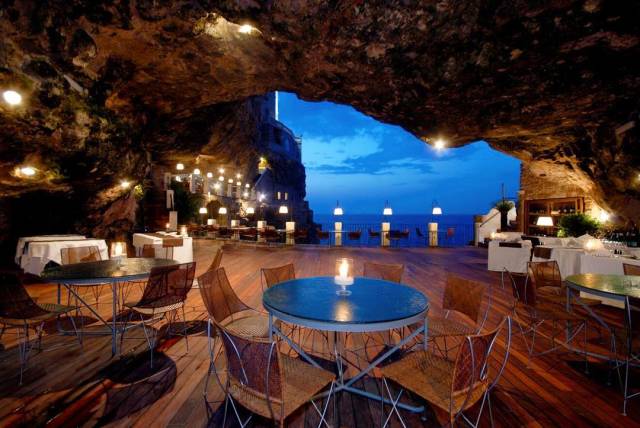 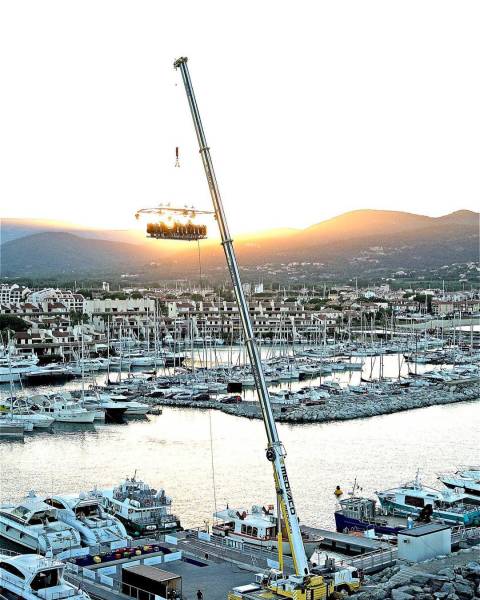 The founders of the Dinner in the Sky concept prove that even a platform suspended on a construction crane can be a restaurant. Belgium is the motherland of this project, but their restaurants are already popping up in 45 countries around the world. By the way, even if you’re not afraid of high prices and places, they’ve got their own rules for you to be able to dine with them: the height of a diner should be at least 4’9″ so that they can be fastened to the seat properly. 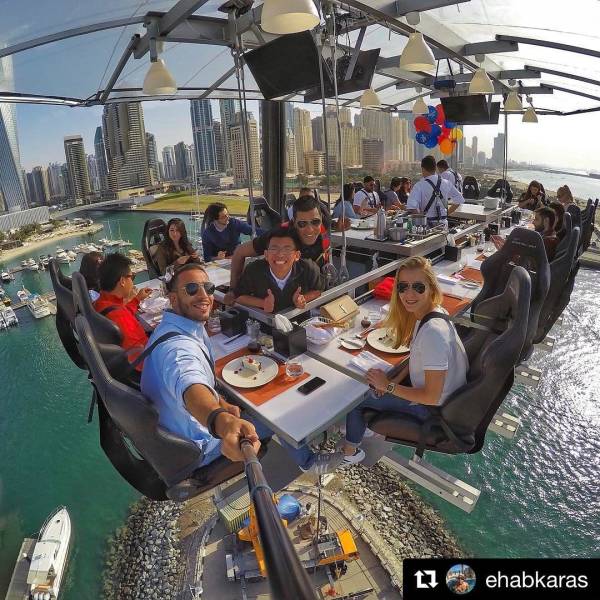 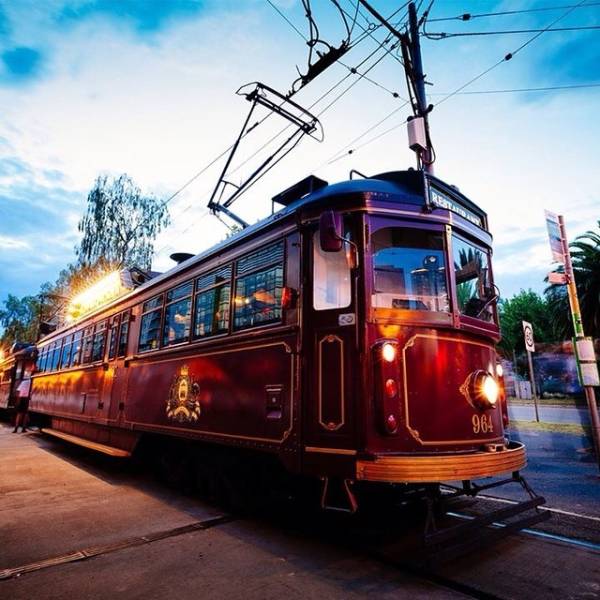 The visitors of this restaurant get a double benefit — they enjoy the beautiful scenery of Melbourne and its suburbs, as well as being able to dine in the stylish retro tram’s interior. The restaurant arranges gala dinners and closed receptions like morning tea or breakfast. 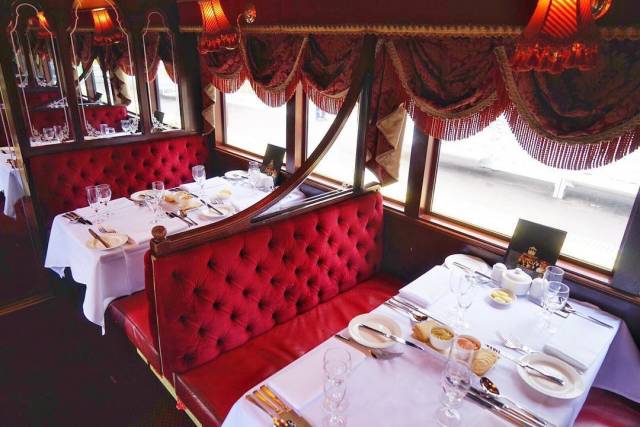 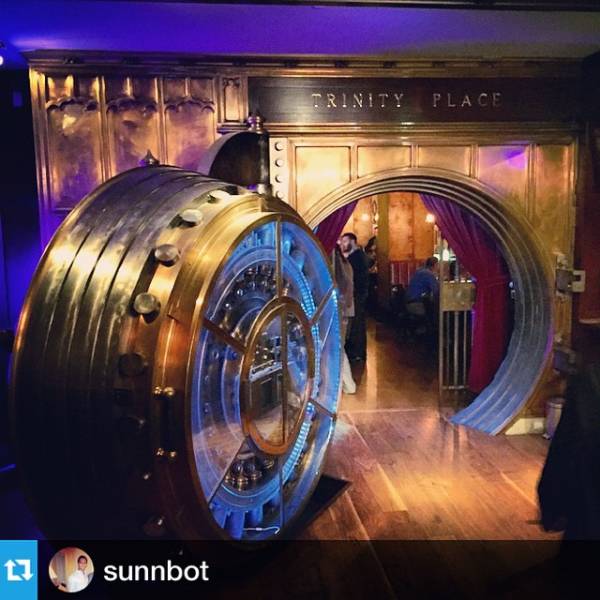 In 1904 it used to be the largest and most secure bank safe in the world, but today it’s been turned into a nice meeting and dining place in New York City. Having lunch in an old safe behind 35-ton walls... We bet its creators would never imagine it would be used this way. 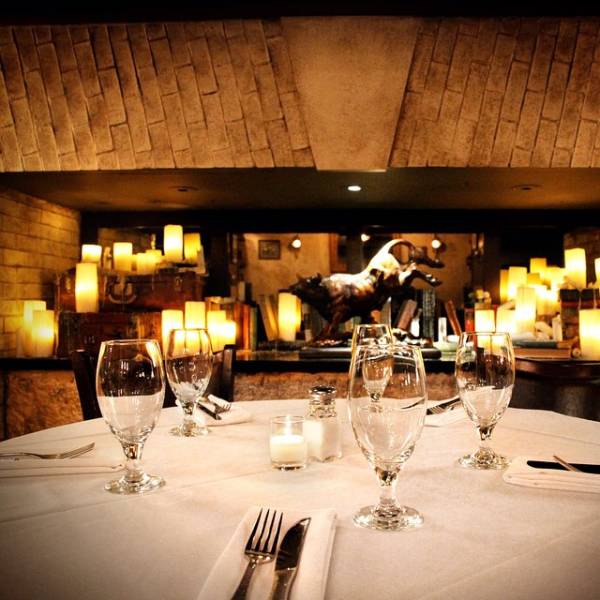 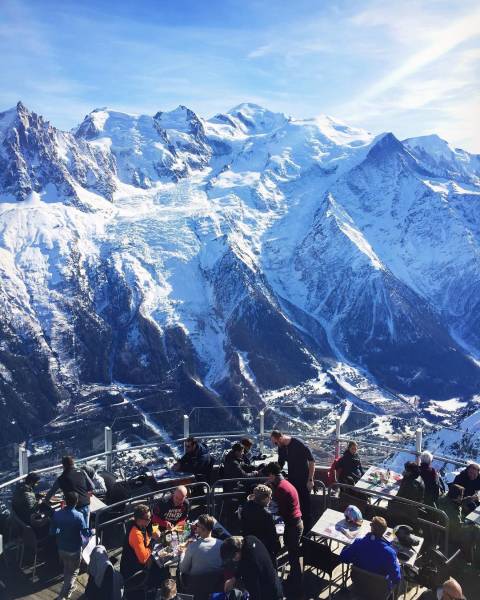 The signature feature of this restaurant is the 360° view showing Mont Blanc. A stunning mountain view from the altitude of 8,963 ft is enough to impress its visitors. However, that’s not where the owners stopped — you can even try exquisite delicacies here, like foie gras.
21 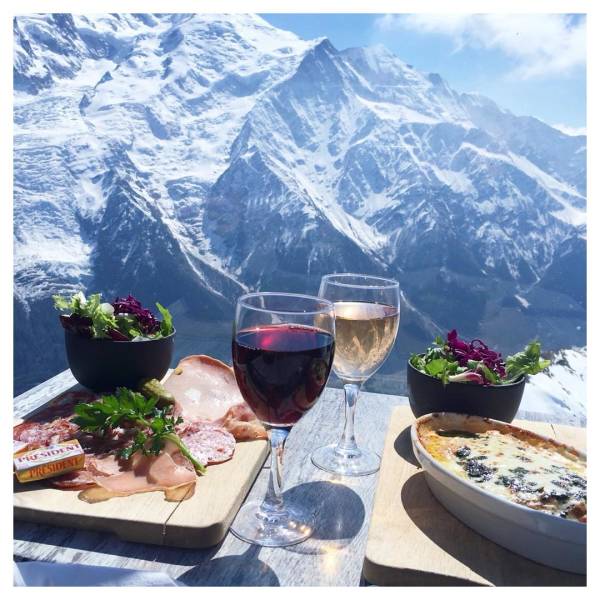 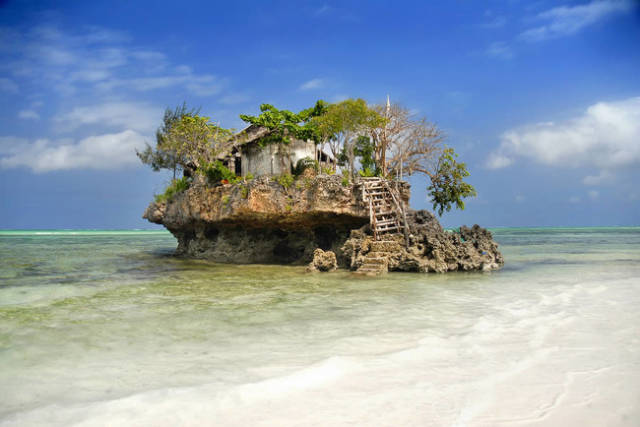 The name of the restaurant speaks for itself — it was opened right on top of a rock formation that juts out of the water. Apparently, there wasn’t even enough space for 20 tables, but that doesn’t matter much. Seafood in such a peaceful place probably tastes even better just because of the location. 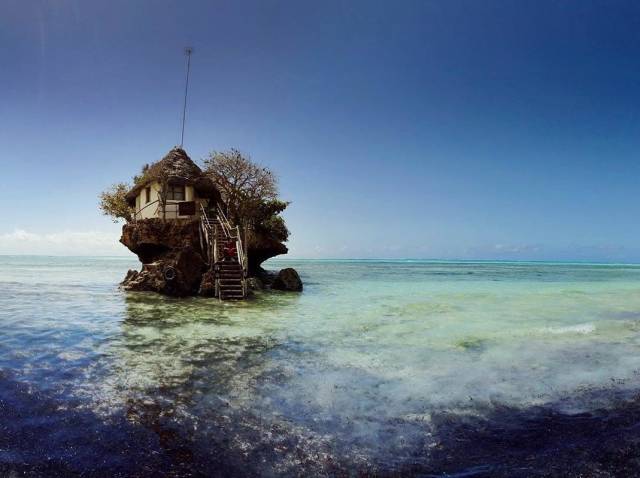 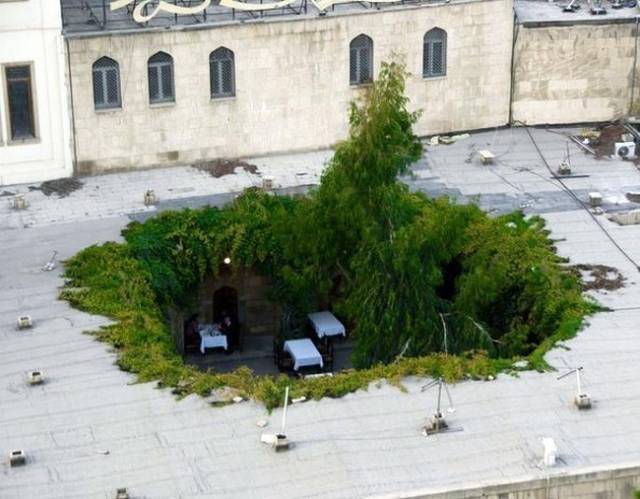 You can try the national cuisine in many places in Baku, however, there is only one place where you can do it unusually — the one you see in the photos above. The design of the roof is fascinating, isn’t it? 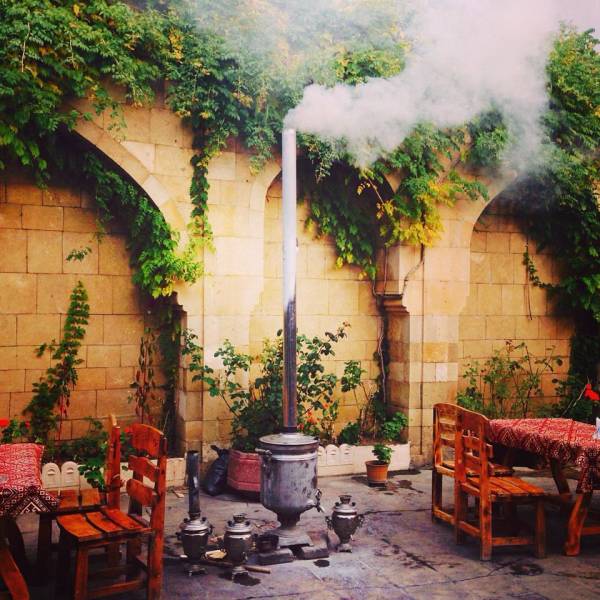