Photos Showing The Last Moments Before A Tragedy Happened (21 pics)

Paul Walker is shown here climbing into the car that eventually crashed, taking his and the driver’s lives back in 2013. 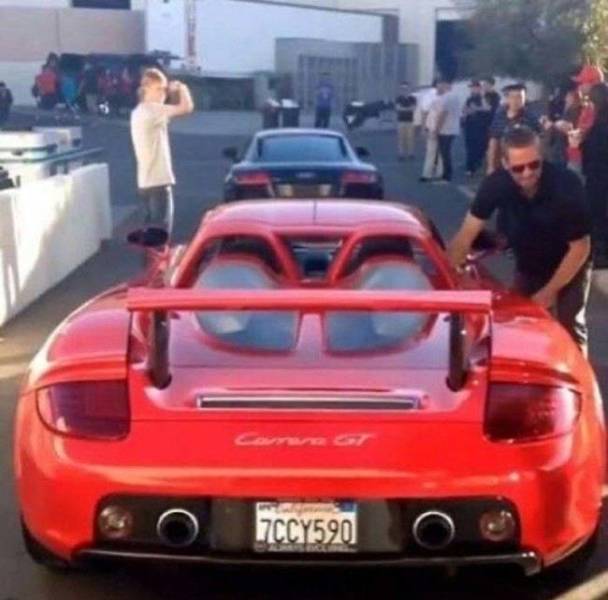 Robert Overcracker drove a jet ski over Niagara Falls to raise awareness for the homeless back in 1995. This photo was snapped just as his parachute failed to deploy, sending him plummeting to his death. 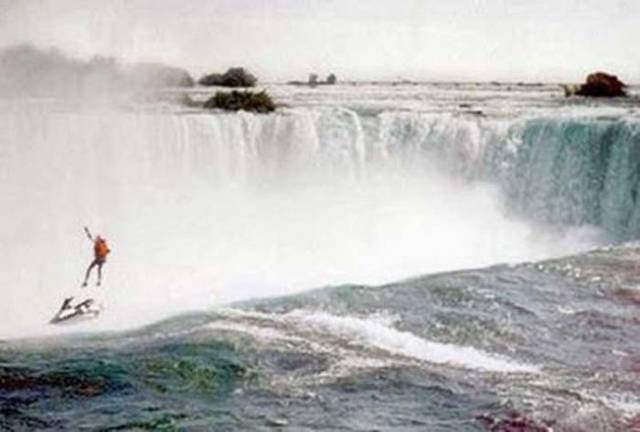 In 2005, a powerful tornado wiped out a little over one percent of Sweden’s forests. It doesn’t seem like a lot until you realize just how much excess timber the country was left with! 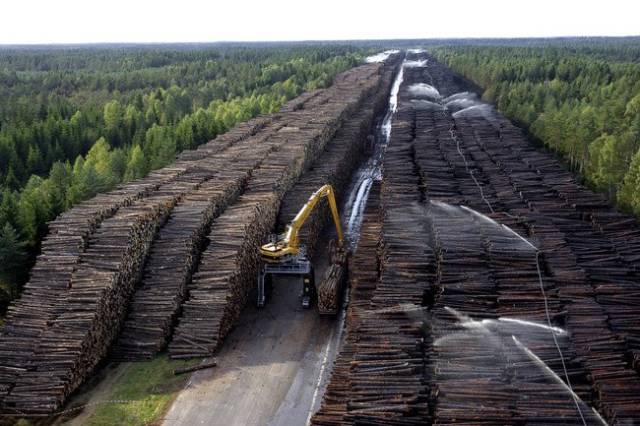 George Mallory and Sandy Irvine are depicted just before they began their ascent of Mt. Everest in 1924. Tragically, neither of these pioneering explorers made it to the summit—or back down—again. 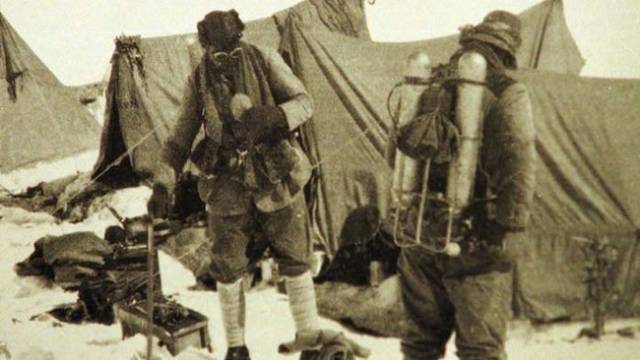 This photo shows Joy Division lead singer and post-punk trailblazer, Ian Curtis, posing with his young daughter only a few days before his tragic suicide by hanging in 1980. 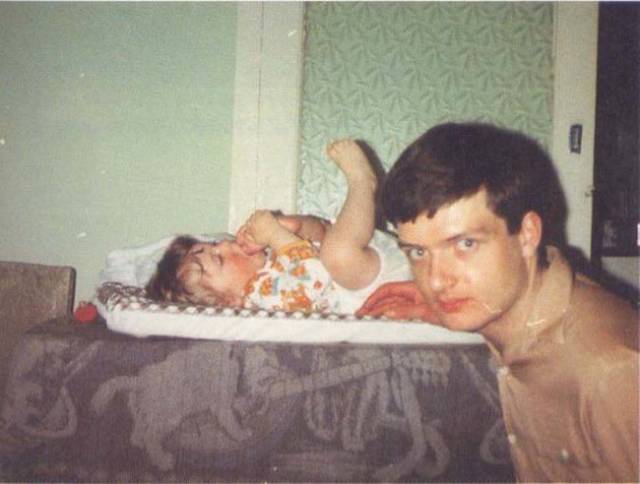 This photo of a family was taken on Malaysia Airlines Flight 17 back on July 17, 2014 shortly before it was shot down over Ukraine by pro-Russian separatists, killing everybody on board. 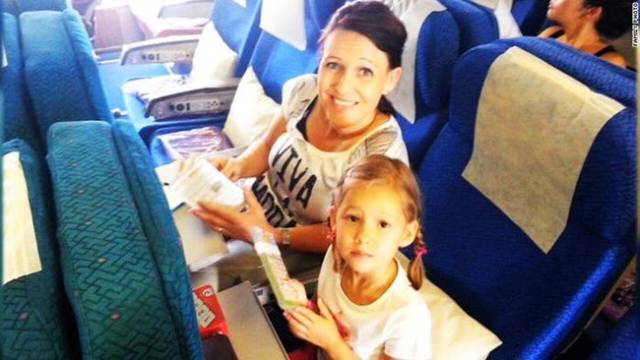 This picture of the Kelly family was taken at a New York Yankees game on September 10, 2001. Father Joe Kelly was killed the next day in the attacks on the World Trade Center. 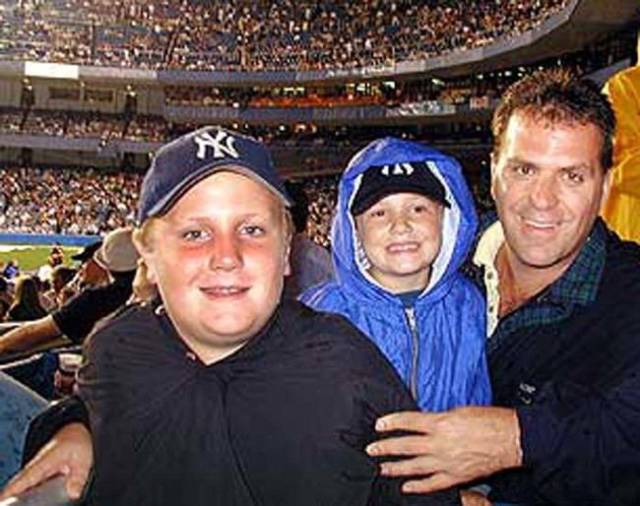 In 1978, Pacific Southwest Airlines Flight 182 tragically crashed into a small private Cessna 172 plane and fell from the sky. This picture captures the plane just before it hit the ground in North Park, San Diego. 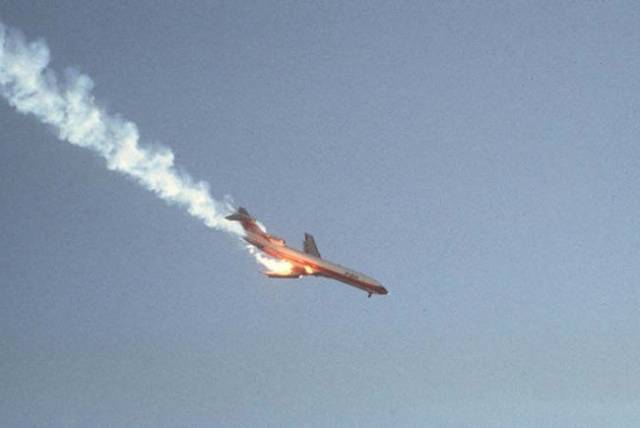 This photo from World War II shows a Soviet guerrilla team executing a “traitor” in Germany during 1944. Historians have never been able to discover the identity of the traitor or what exactly he did. 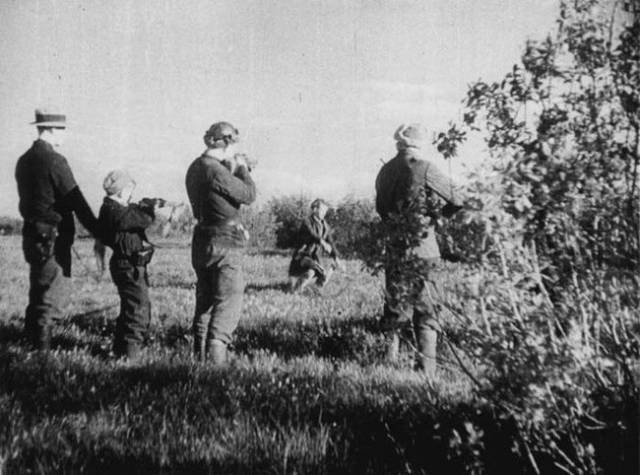 In 1961, the U.S. figure skating team boarded a flight to the World Championships in Belgium. Unfortunately, their plane crashed after being forced to abort its landing in Brussels. 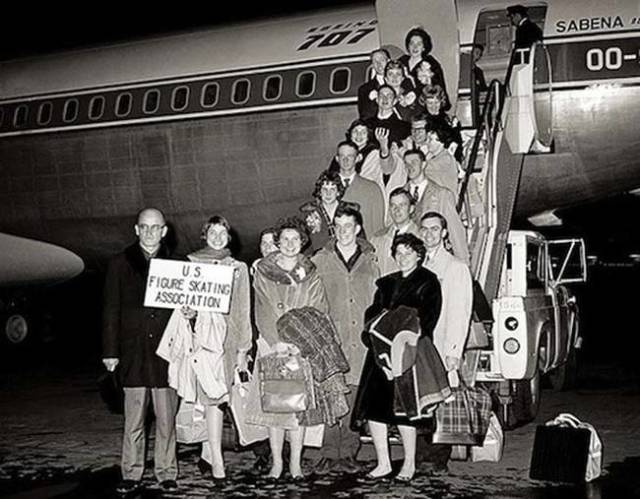 This photo shows Jim Morrison hanging out in Paris in 1971 with his girlfriend Pamela Courson. He would die in the city of a heroin overdose within days of this picture being taken. 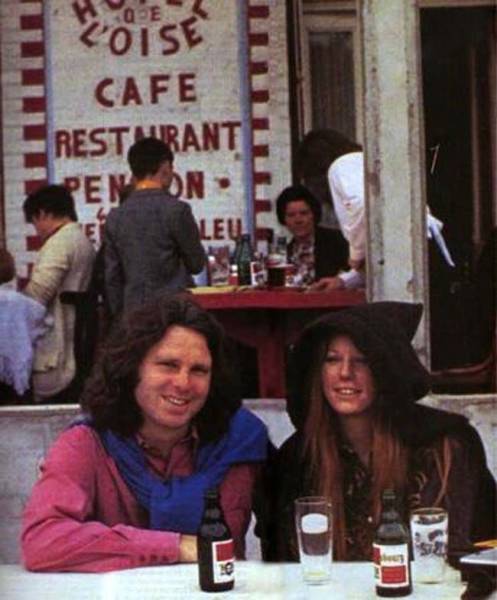 In 2012, a hot air balloon collided with power lines in New Zealand, killing all 11 tourists on board. Though there’s no way to know for sure, the accident has been attributed to negligence on the part of the balloon’s pilot. 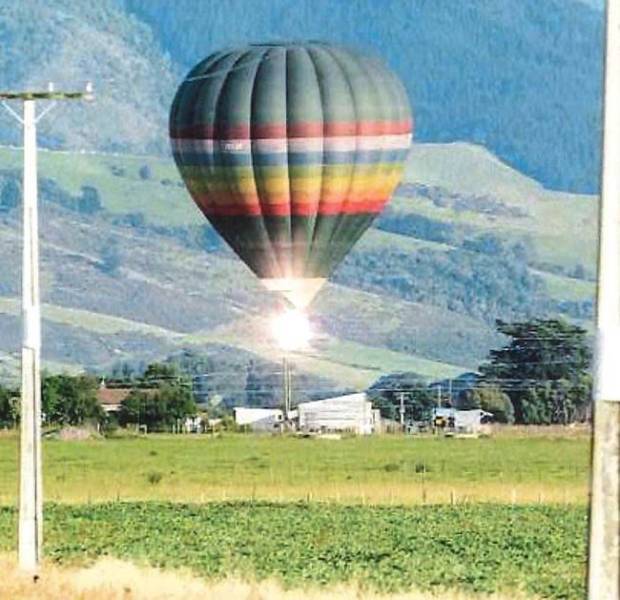 This photo shows the then-mayor of St. Louis, William D. Becker, with a number of other politicians on a military test flight in 1943. Unfortunately, the flight crashed; all 10 people aboard lost their lives. 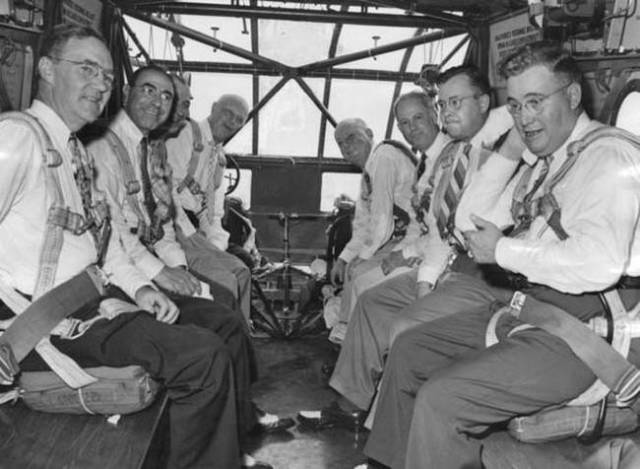 Mayinga N’seka, a nurse, is depicted here during an ebola outbreak in 1976. Her dedication meant that she eventually contracted the disease herself and passed away not long after. 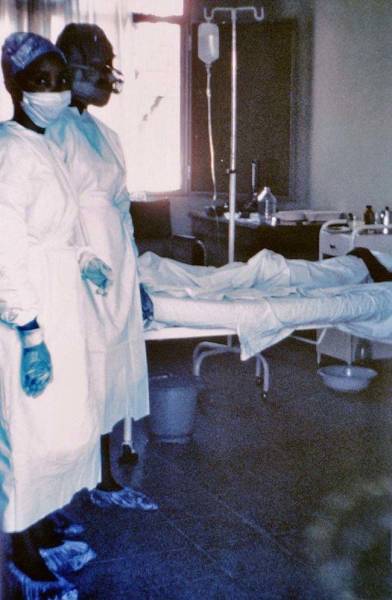 This photo shows noted parkour enthusiast Pavel Kashin performing the trick that would lead to his death. He’s pictured attempting to back-flip to the wall, but he would soon lose his balance and fall to ground below. 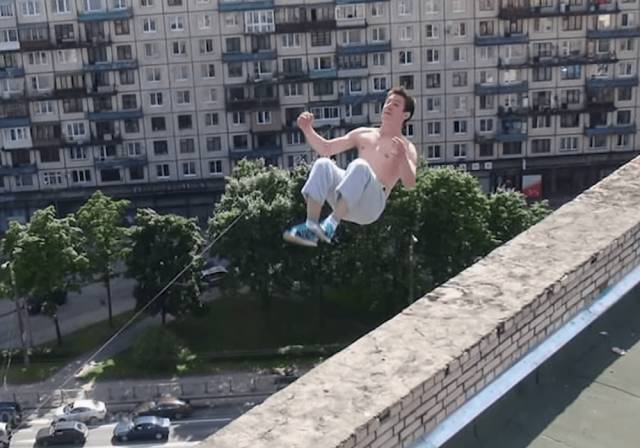 James Dean is seen here getting gas for his Porsche 550 Spyder not long before he crashed it and was killed. Legend has it that the car is cursed, as it was involved in several more accidental deaths before disappearing in the ’60s. 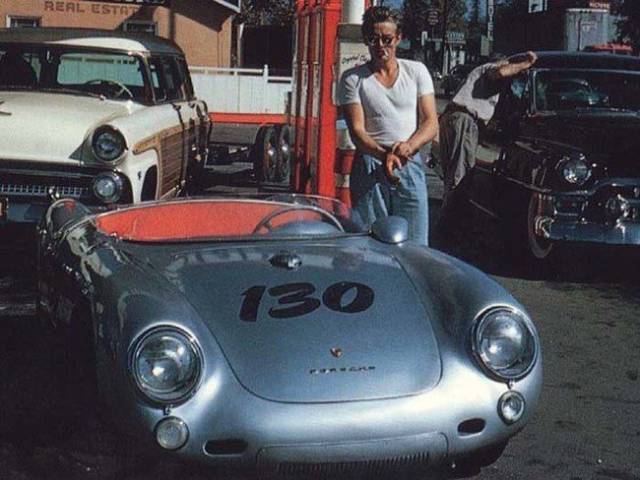 This photograph was recovered from Japan Airlines Flight 123 after it crashed, taking the lives of everyone on board. Notice that the emergency oxygen masks had already dropped, meaning this was taken right before the plane actually wrecked. 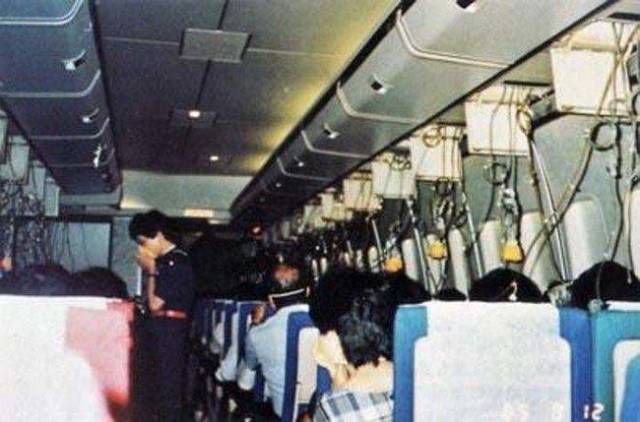 A man took this photo while on a hike in New Jersey, moments before the bear attacked and killed him. Just remember: it’s never worth it to put your life at risk for photograph, no matter how good it might turn out. 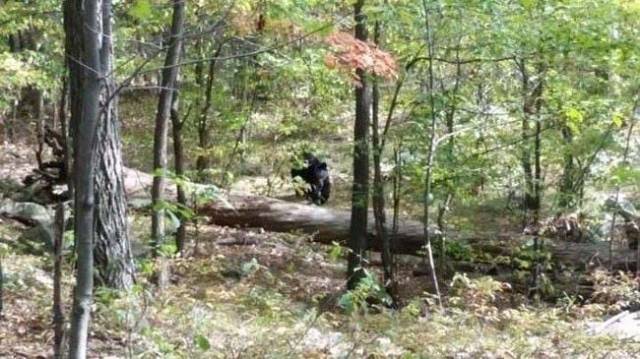 William “Dave” Sanders, a coach at Columbine High School, was caught on the school security cameras guiding more than 100 students out of the cafeteria just before being killed in the shooting. 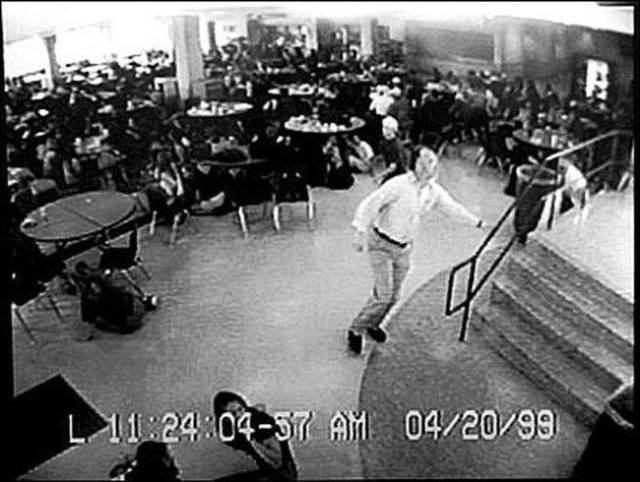 The band Great White plays a show at Rhode Island’s Station Nightclub, just before their pyrotechnics caused a fire that killed more than 100 people. In this eerie photo see you can see the destructive fireworks on display. 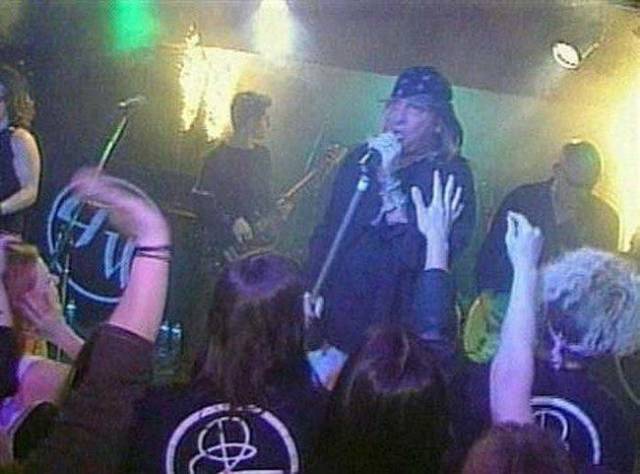 This comparison photo shows the iconic Bhimsen Tower, a major tourist attraction, in Kathmandu, Nepal before and after its destruction by a devastating earthquake back in April of 2015. 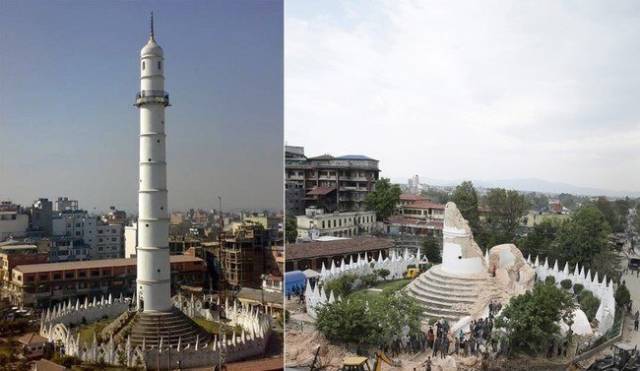