This fox will hate eagles for the rest of her life.

Photographer Kevin Ebi of LivingWilderness.com captured the fight of a life time recently 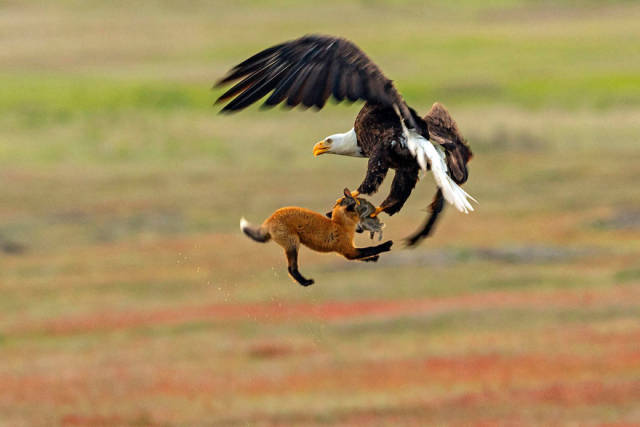 “Eagles really don’t like to waste a lot of effort in getting their food, so they look for easy opportunities,” Kevin told Bored Panda. 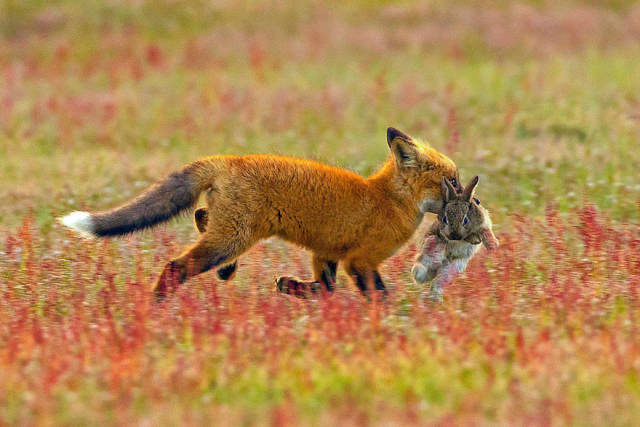 “A couple of days ago, I captured an especially dramatic act of thievery. I saw a bald eagle steal a rabbit from a young red fox” 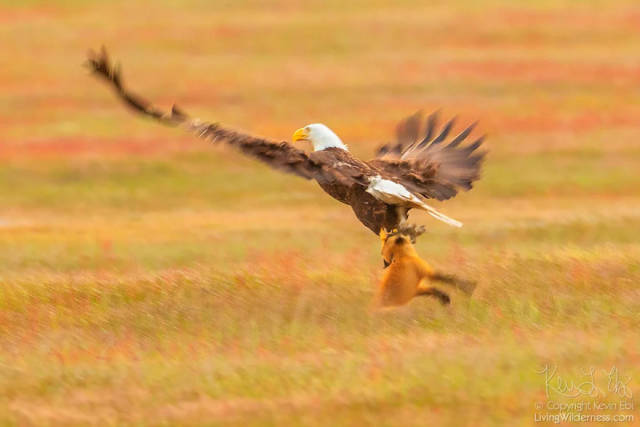 “Even more impressive: at times, this battle played out more than 20 feet in the air” 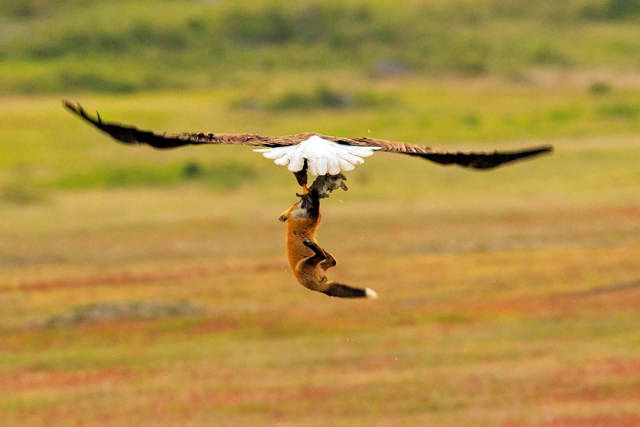 “A red fox caught a rabbit and was carrying it across the meadow. I panned my camera with it to capture the action” 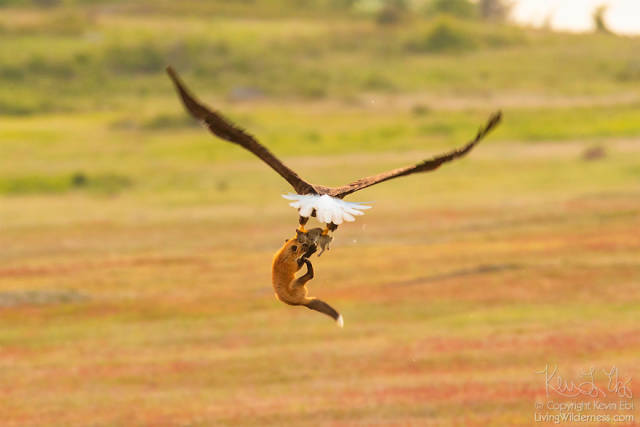 “Then behind me, I heard the cry of a bald eagle. I knew it wanted the rabbit” 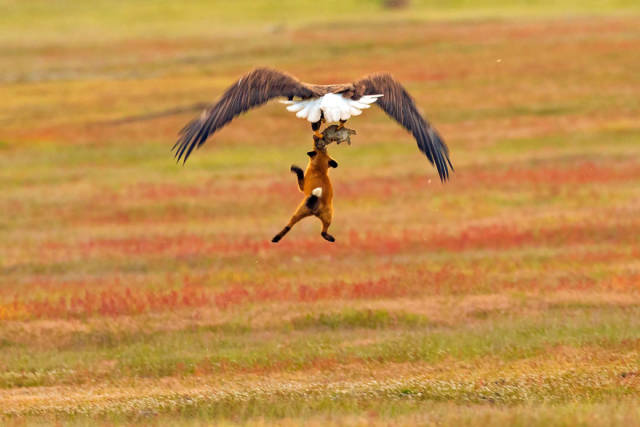 “To my surprise, the scene was even more dramatic than I expected” 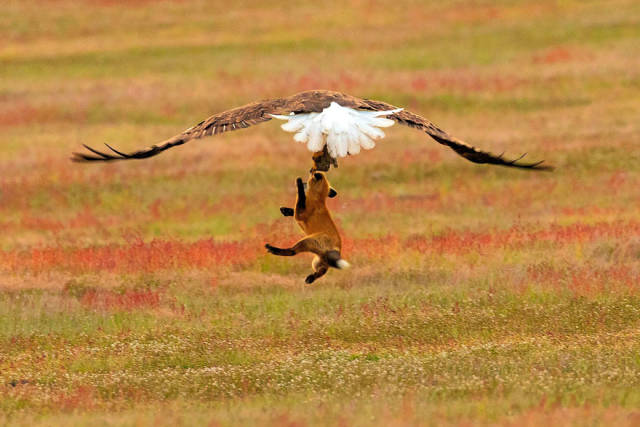 “I thought the fox would drop the rabbit, giving the eagle an easy dinner” 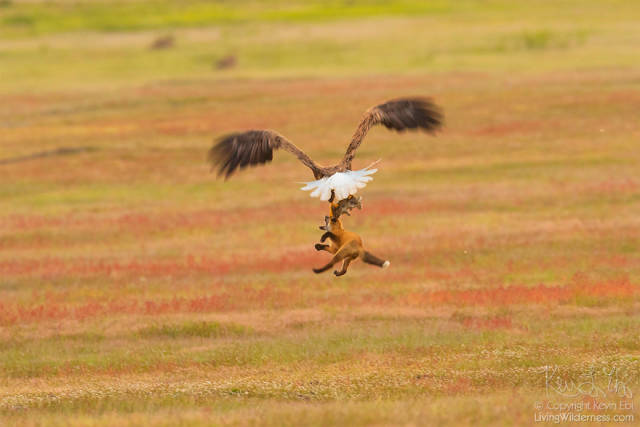 “Instead, the fox, with its jaw still clenched on the rabbit, inadvertently got snagged by the bald eagle” 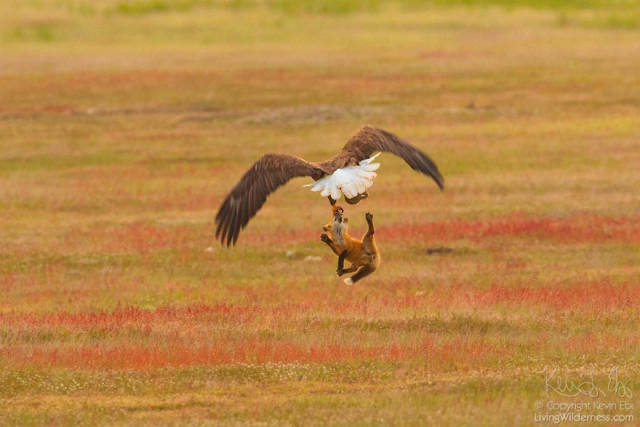 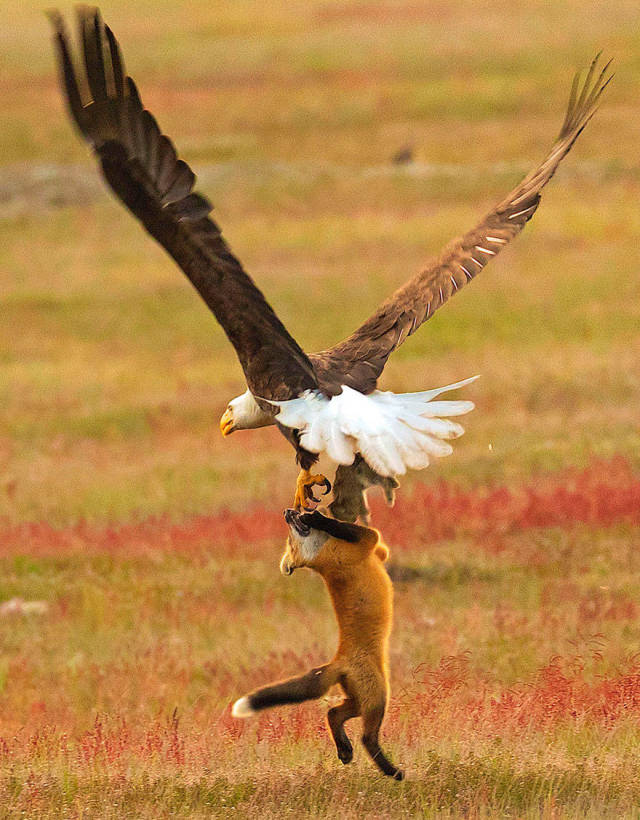 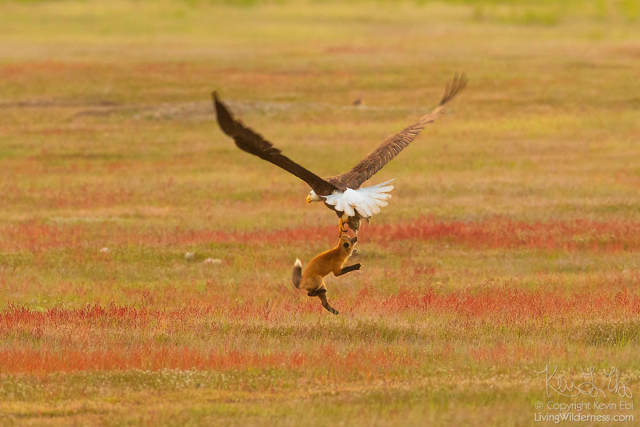 The fox was fine after its flight. “It shook off the encounter and resumed playing with its fellow kits” 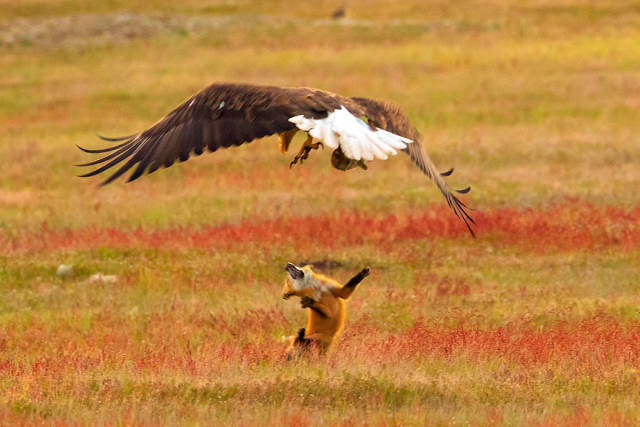 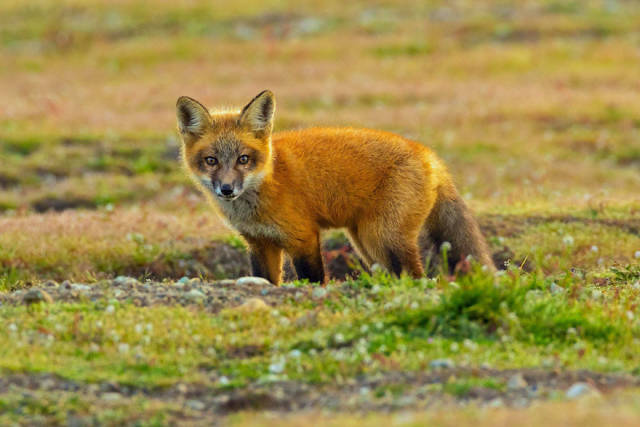 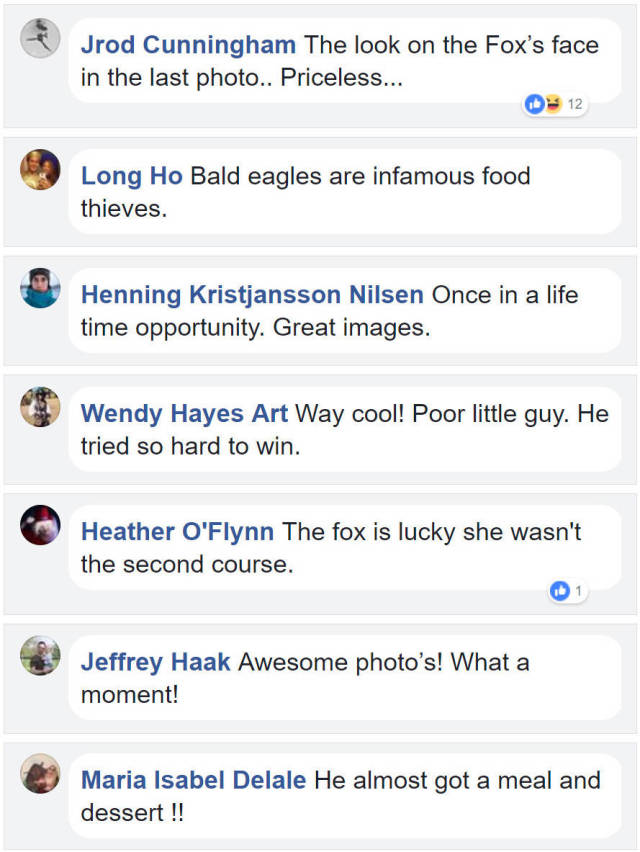