VICE recently Tweeted out an article featuring an interview with April K. Quioh and Sophia Carter-Kahn, creators of the podcast “She’s All Fat” and backers of what they refer to as the ‘Fat-Positive’ movement. While the article touches on several subjects of paramount importance, such as body positivity and acceptance, people seemed rather hung up that the two seemed to be actually advocating being obese — something that’s both dangerous and unhealthy.

According to Sophia Carter-Kahn “Body positivity is about dismantling oppressive systems, not about “not saying mean words.” Until it’s truly neutral to say “I’m fat,” the movement isn’t done.”

Twitter was quick to note that while it’s never okay to shame someone for the way they look or for being happy with themselves, it’s certainly not responsible to advocate a ‘Fat Positive’ movement either. 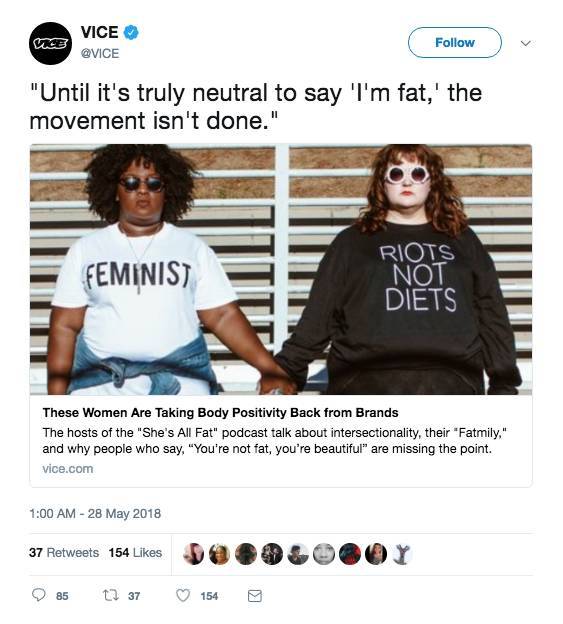