Some Family Albums Have Very Awkward Contents, To Say The Least (22 pics) 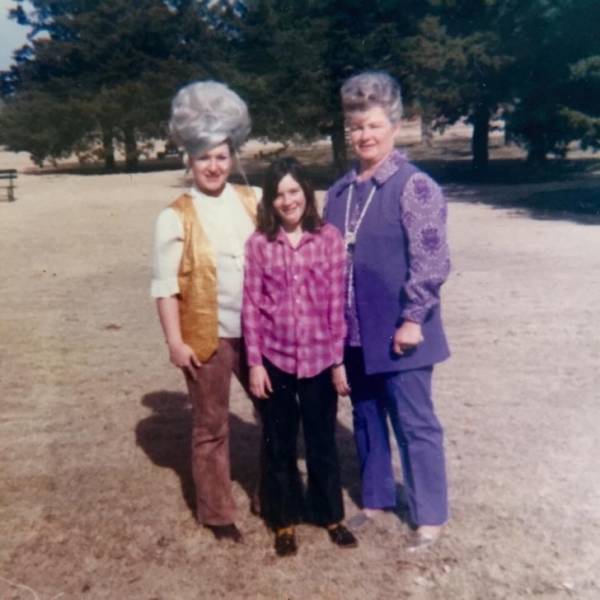 “My pops getting dragged back into his wedding.”
2 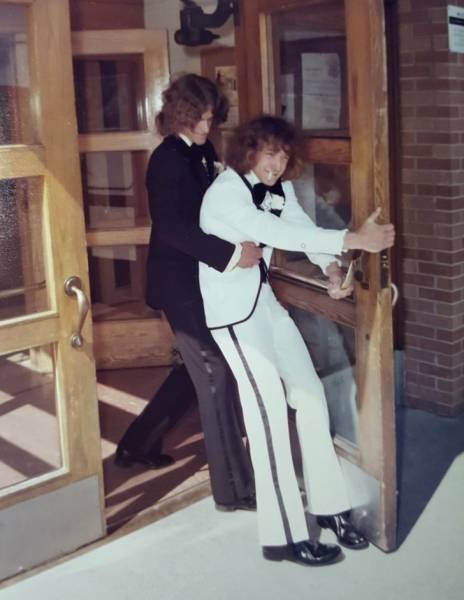 “Was looking through old albums when I found this gem.”
3 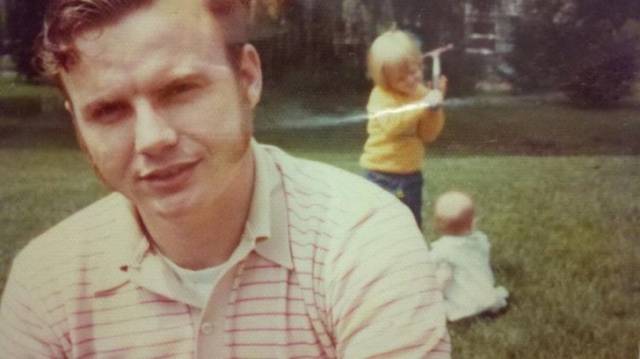 “My sister and I in the 70s. I was a clumsy kid and got a black eye right before Halloween, so Mom came up with a costume to go with it. The only makeup I’m wearing is the mustache”
4 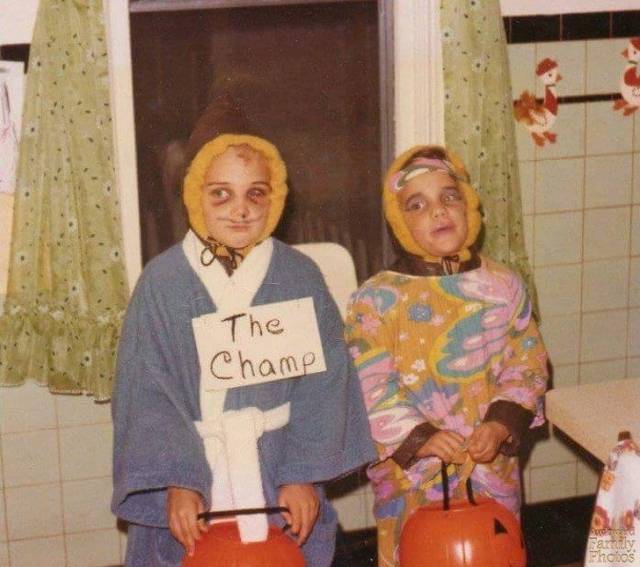 “My little sister covered herself in my mom’s lipstick and gave us a little scare!”
5 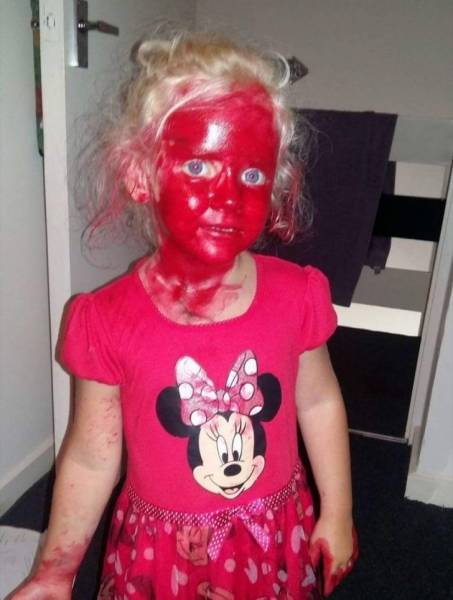 “This is my cousin’s wedding. She met him at a cheerleading camp where he was a camp counselor.”
6 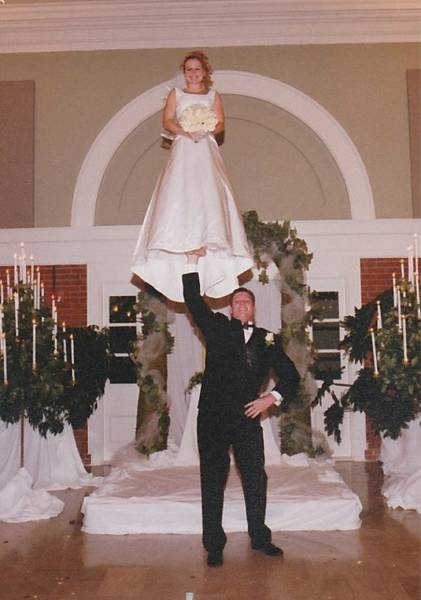 “When I was in first grade, I went to school on Halloween as the wrestler Demolition Ax.”
7 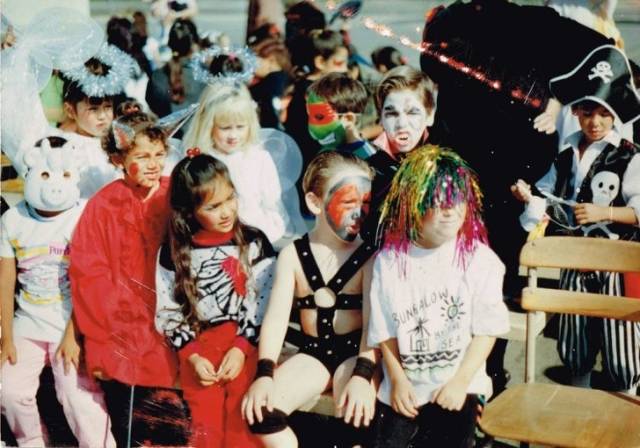 “There are a few more with bizarre outfits, but I think this is probably the worst of all.”
8 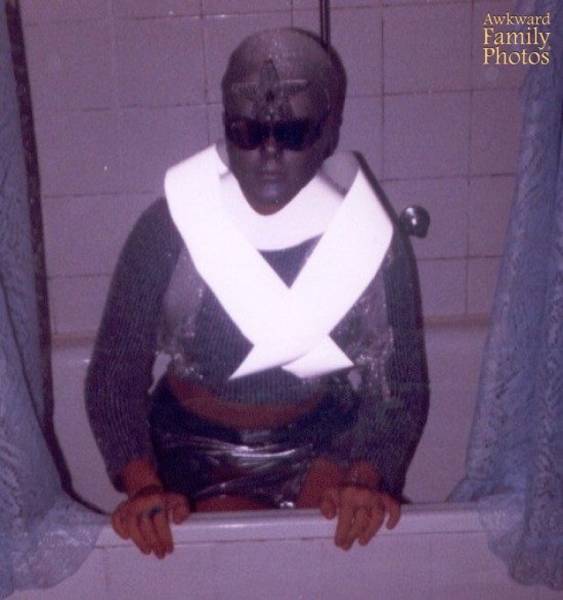 “This photo was taken around 1999. I was studying at the School of Art and the teacher wanted us to create a story based on photos. Some students went to the countryside, others to the sea... I was too busy paying attention to my teenage hormones and I ran out of time to do my homework, so I decided it’d be a good idea to just take some pictures of myself in my bathtub dressed as... God knows!”

“This is a photo of my sister (the murderer), my brother (the reporter), and my Dad (the victim).”
9 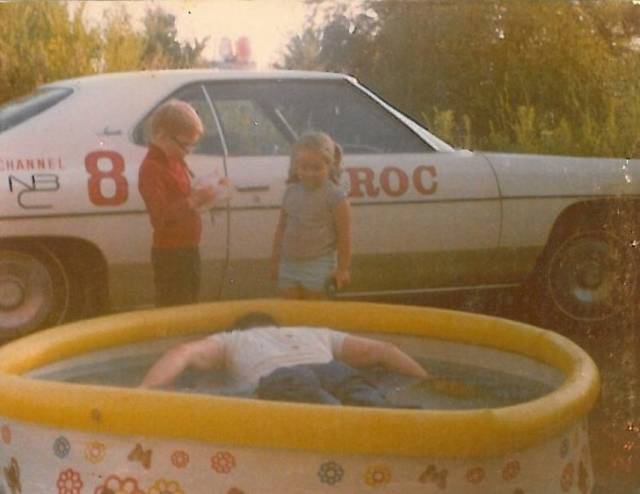 If you don’t have a Christmas Tree... improvise.
10 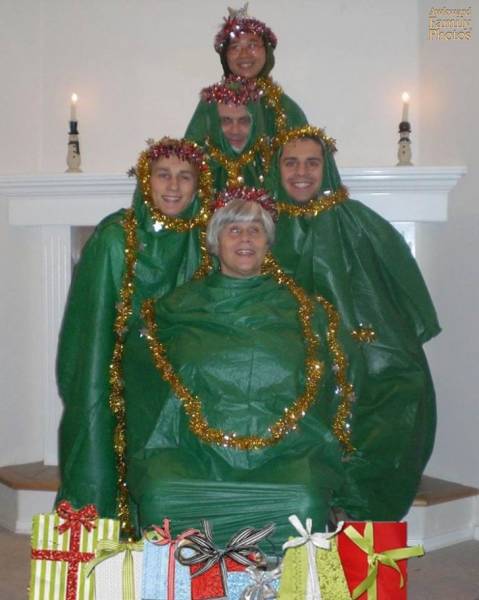 “This is me and my siblings with our home-done haircuts. Mom was cheap and apparently blind.”
11 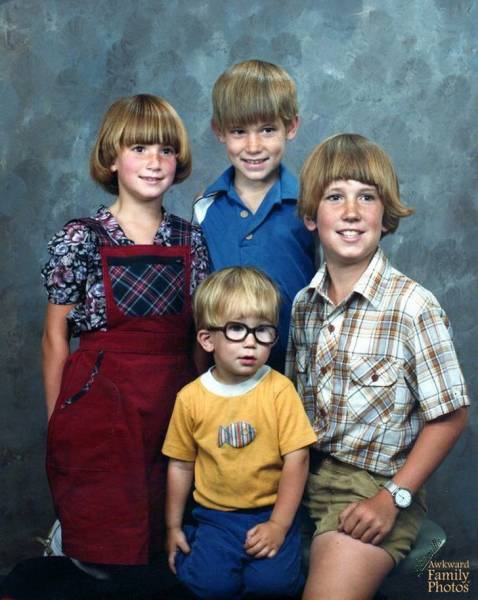 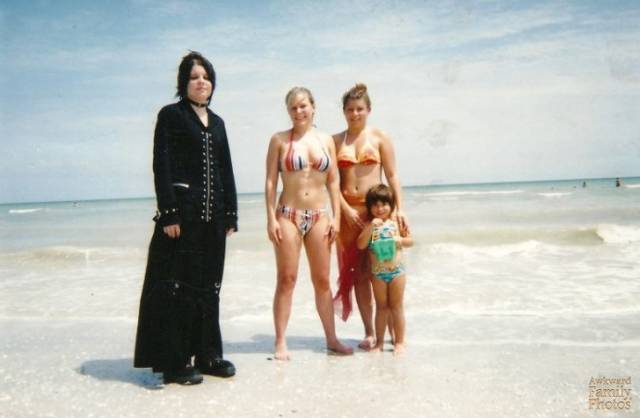 “I was viciously attacked by a wolf this weekend while my family just watched!”
13 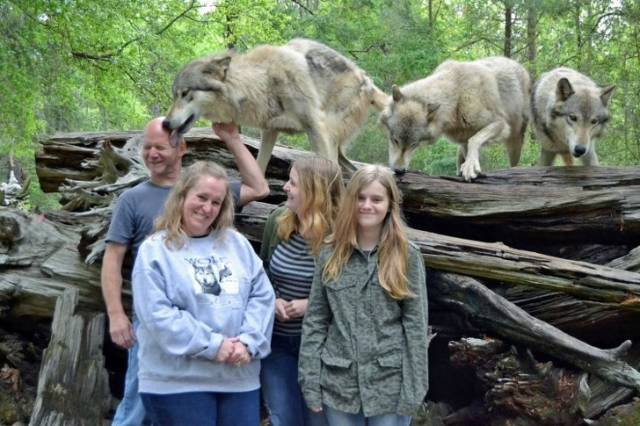 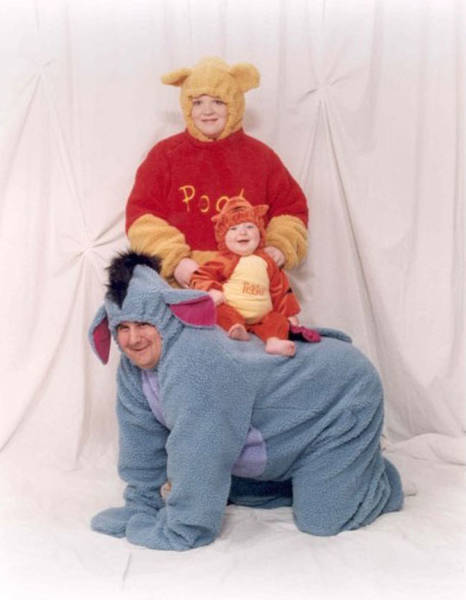 It’s easy to guess who the black sheep is in this family.
15 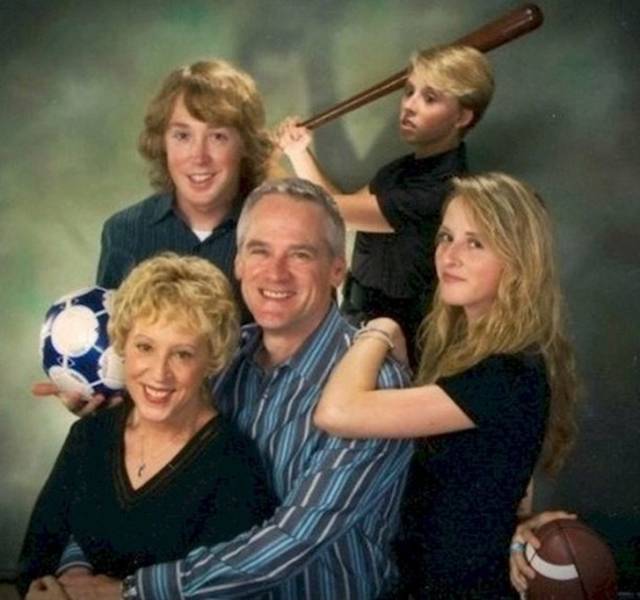 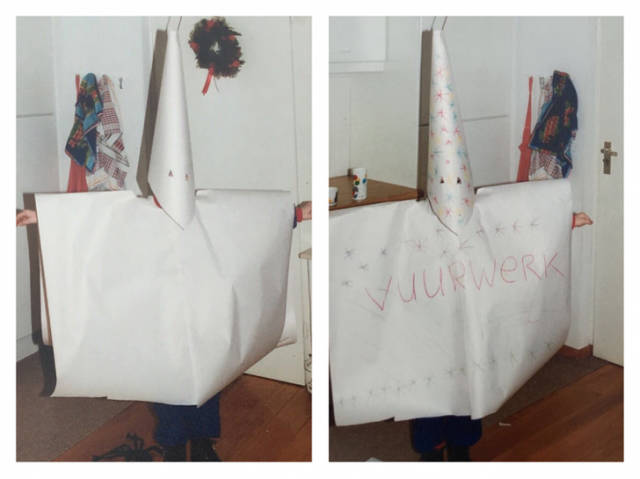 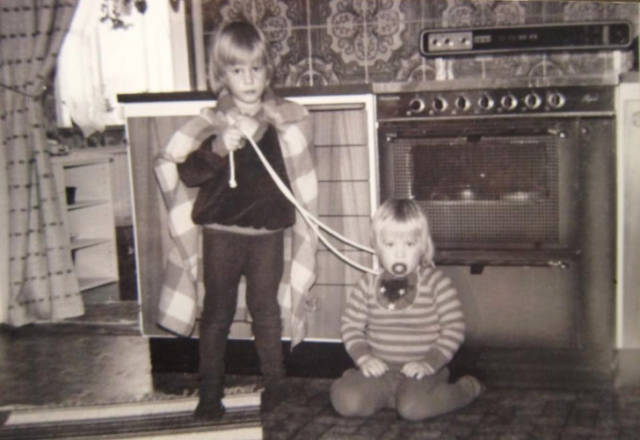 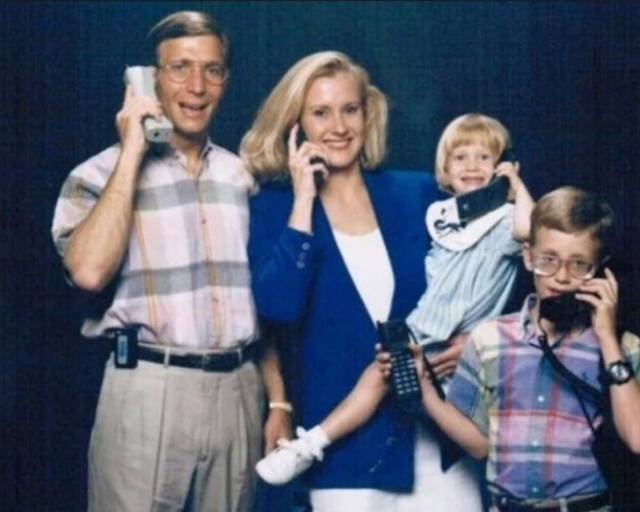 “In high school my buddies and I would go to Goodwill and buy the weirdest outfits we could find and then pay Wal-Mart $6.97 for a family photo shoot package. We always got laughs from the workers. Wal-Mart has since shut down all of its in-store photo studios. Wonder why?”
19 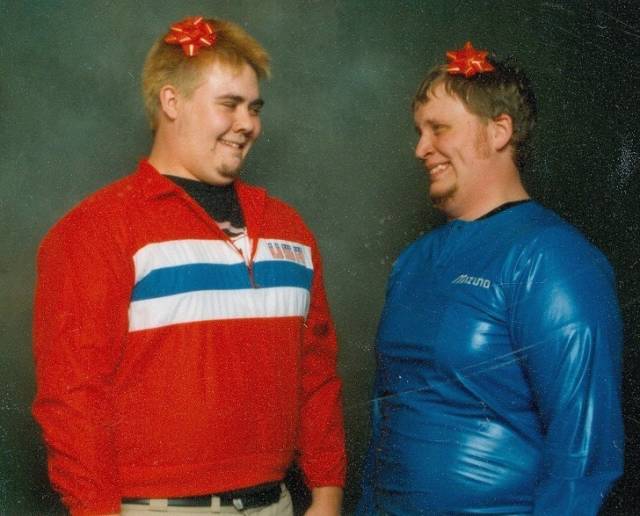 “We had to bring our favorite things to the photo shoot. I brought my phone, my father brought his electric guitar, and my brother — a Darth Vader mask that he refused to take off.”
20 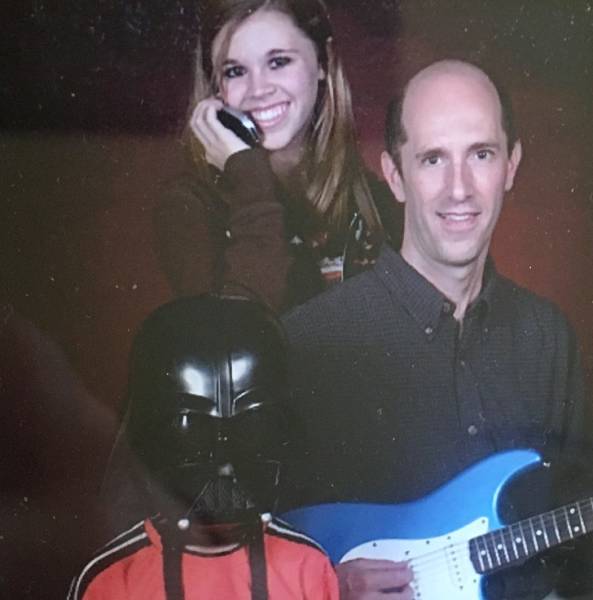 “My family invented (I think... I’ve definitely never heard of this before) an Easter tradition that I maintain to this day.”
21 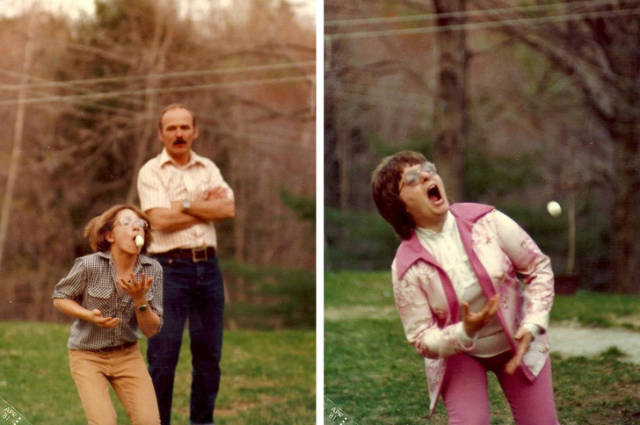 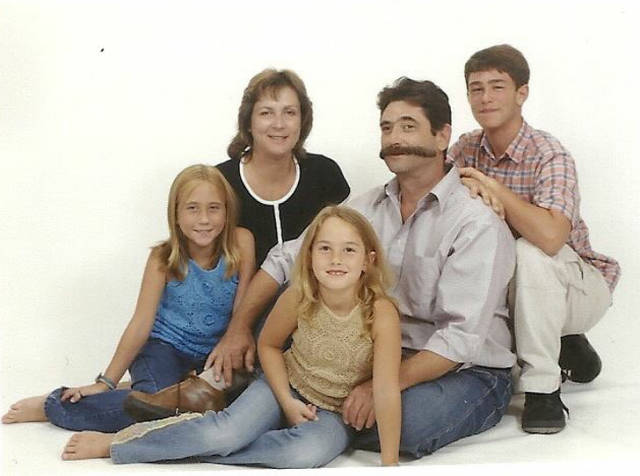