Back in 2014, when the World Cup was held in Brazil, Javier and his friends decided they‘re going to attend the next one and started saving money. Guys got an idea to buy an affordable bus, paint it in their own way and organize it according to their needs. But after Javier shared this plan with his wife, she didn’t support it, nor did she let him go. But his friends were having none of it as they took a cardboard with his photo in a T-shirt saying “My wife didn’t let me go” instead. 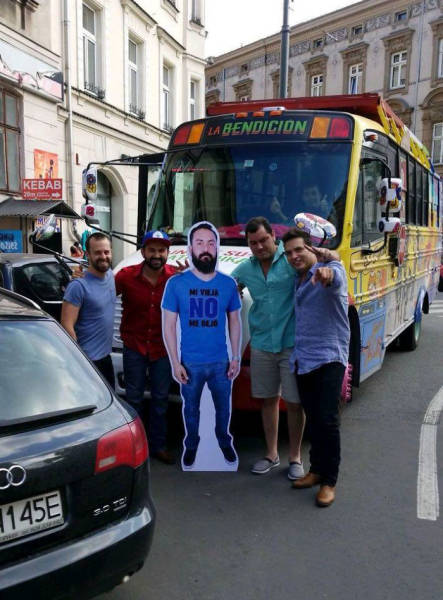