The first season of Breaking Bad premiered on January 20, 2008 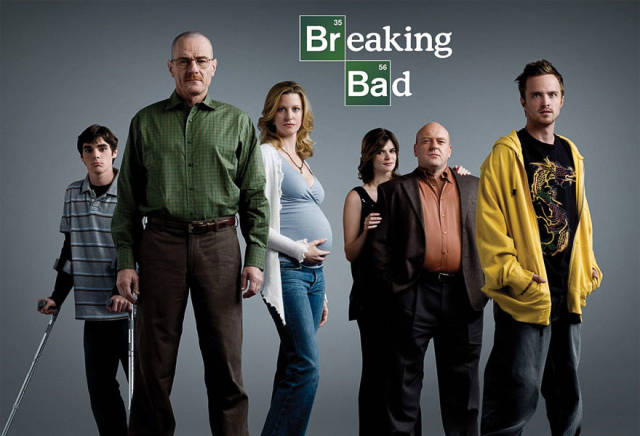 Recently, the cast has reunited to celebrate the show’s 10 year anniversary 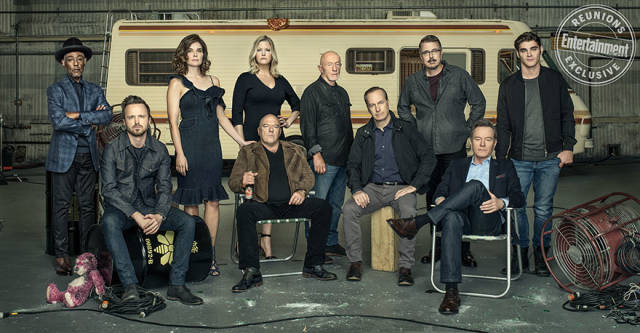 They came together for a photoshoot and interviews with Entertainment Weekly 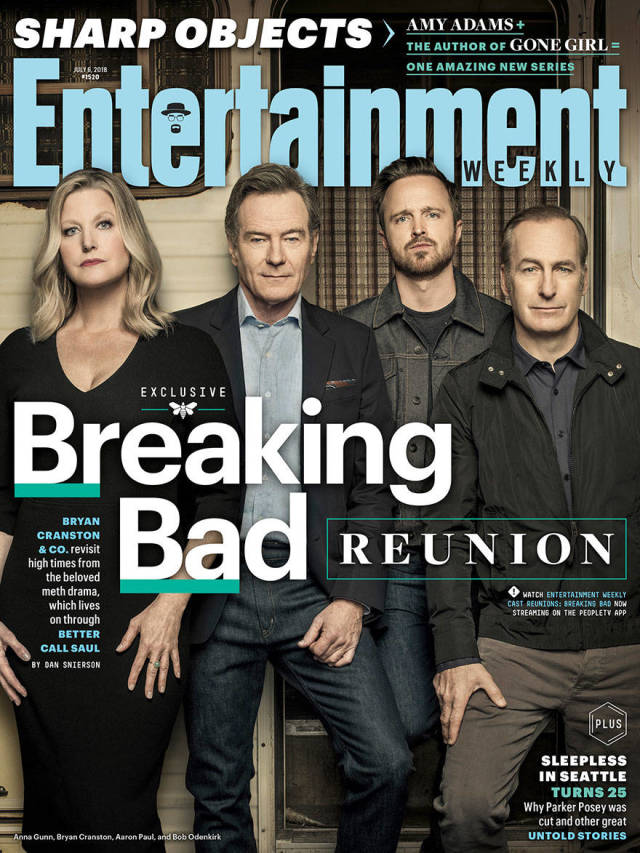 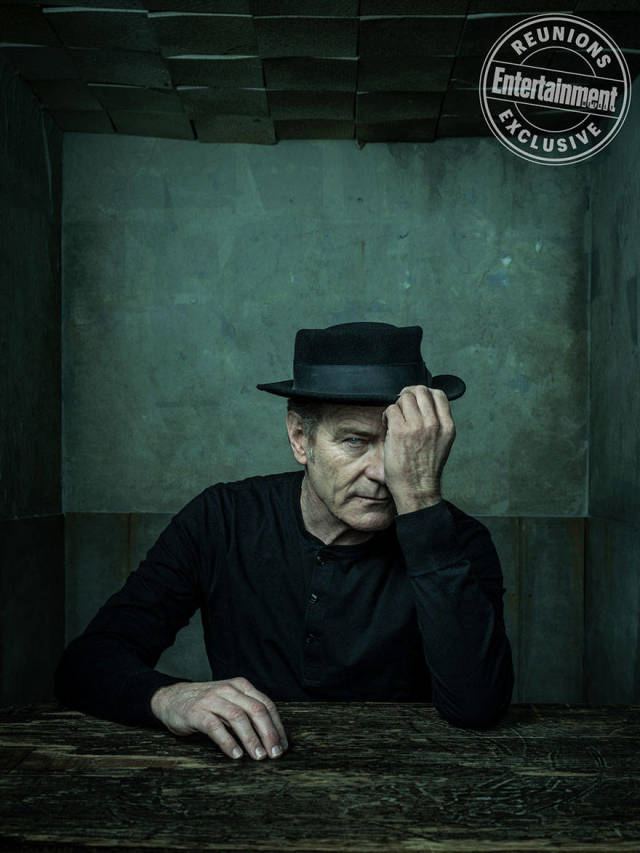 “It was the best script I’d ever read, but nowhere in the pilot’s script does it say where that journey is going to go or how far it’s going to go,” says Cranston. “Is he just going to dabble in it for a little bit and then get out or what? And when [creator Vince Gilligan] told me he wanted to change this character from good to bad, completely, we realize that this has never happened before. So what Vince Gilligan did was change the construct of what was possible in series television. He changed it. It was all about stasis before. Whether you’re Thomas Magnum or Archie Bunker or Ross and Rachel, you are those people — or Tony Soprano — you are those people and you are reacting to different stimuli. But this is completely different. And he gave every one of us our own individuality.” 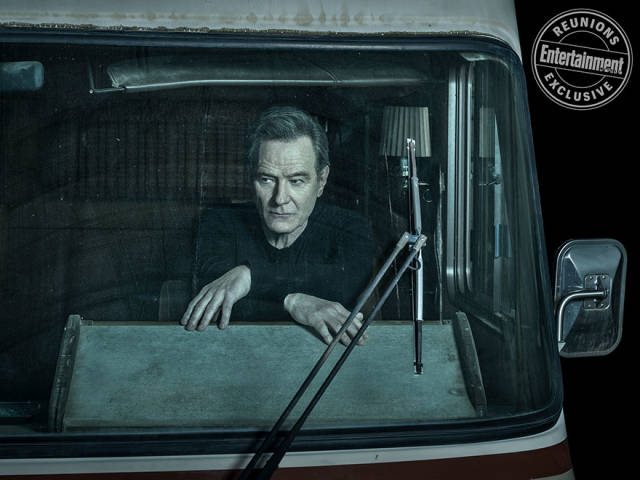 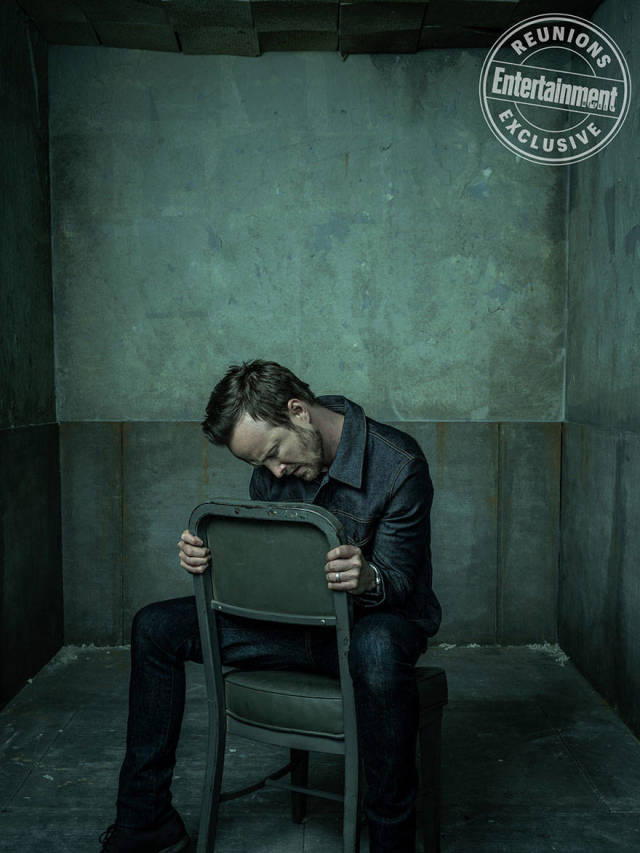 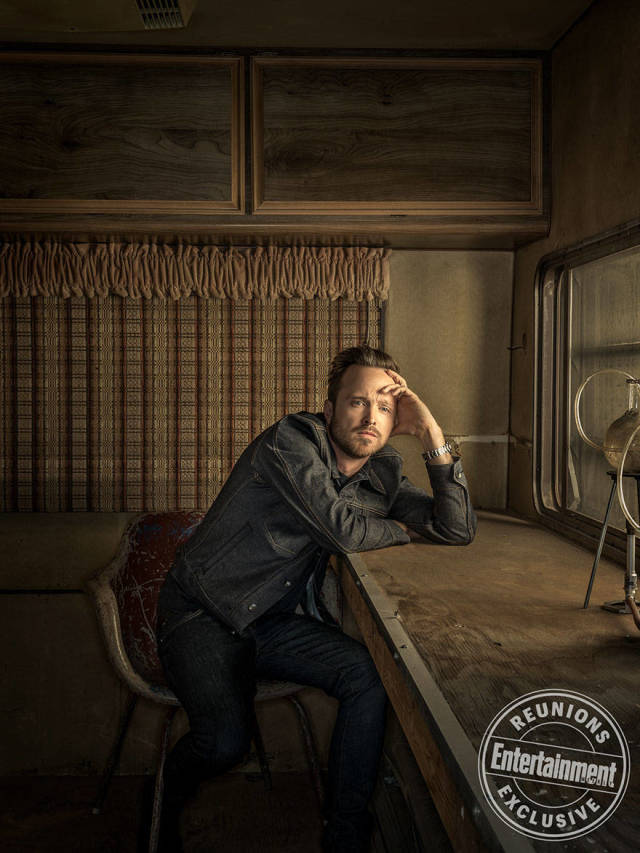 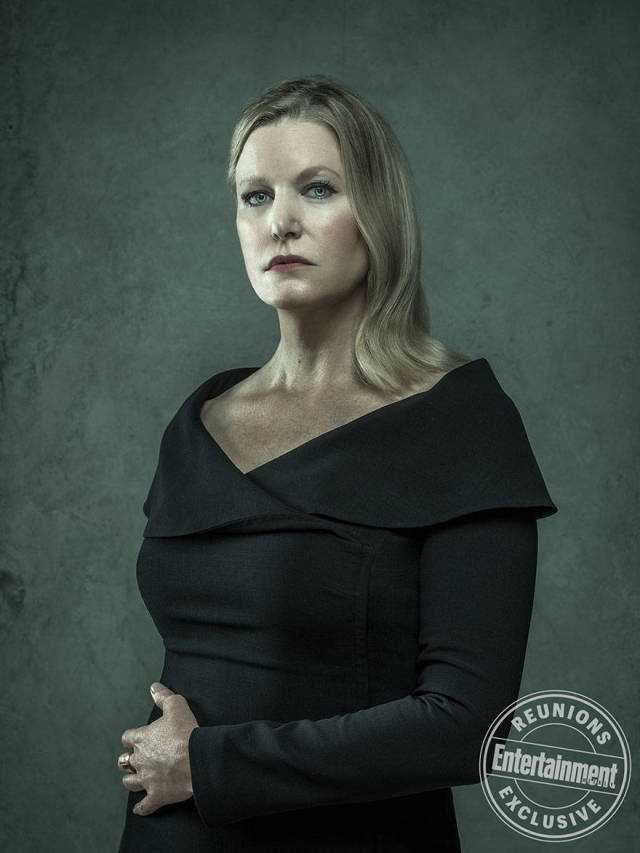 “Vince wanted her always to be such a strong person, somebody who didn’t fall apart and who didn’t wallow in self-pity but really always took charge,” says Gunn. “That was always really fascinating about her. That a mind as brilliant as [Walt’s] mind was, her mind was as brilliant in her own way. She was always trying to figure out, ‘Okay, this is the situation, this is the challenge. Now what do we do? How do we go into action?’” 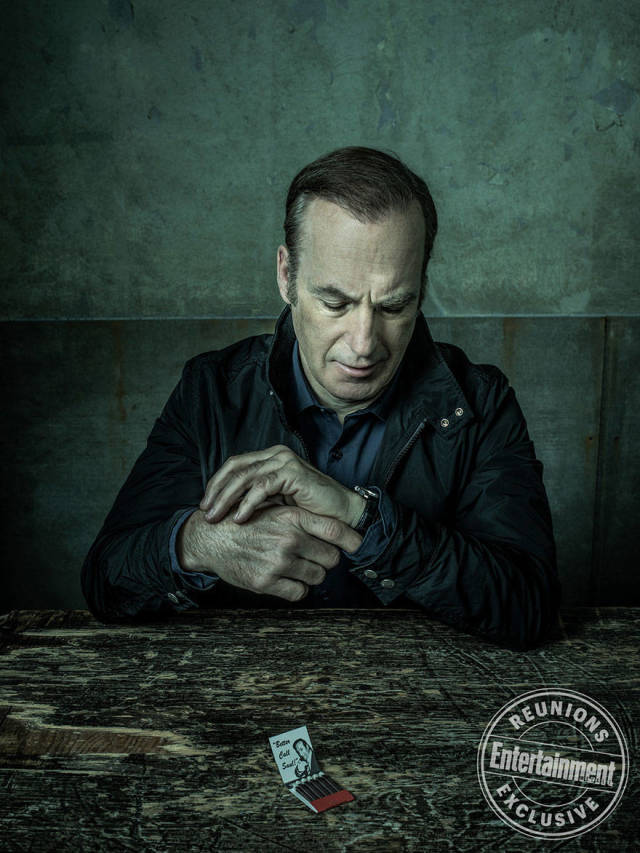 “The story is still going on for me,” says Odenkirk, who stars in prequel Better Call Saul. “But there’s a pretty big leap there, between the Saul in Breaking Bad and the Jimmy McGill-Saul of Better Call Saul. It was a blast and a challenge to play Saul in Breaking Bad. It was a very energized character…. It was also a challenge to get in a room with these actors, on this level. I was used to being around clowns. Children playing with mud pies. And then I’m suddenly in this top-notch [show], surrounded by these people…. You only saw one dimension of him pretty much in Breaking Bad, so this show was a setup. And then this has been a massive journey, where I can relate to the many sides that they brought to this character, in this second show.” 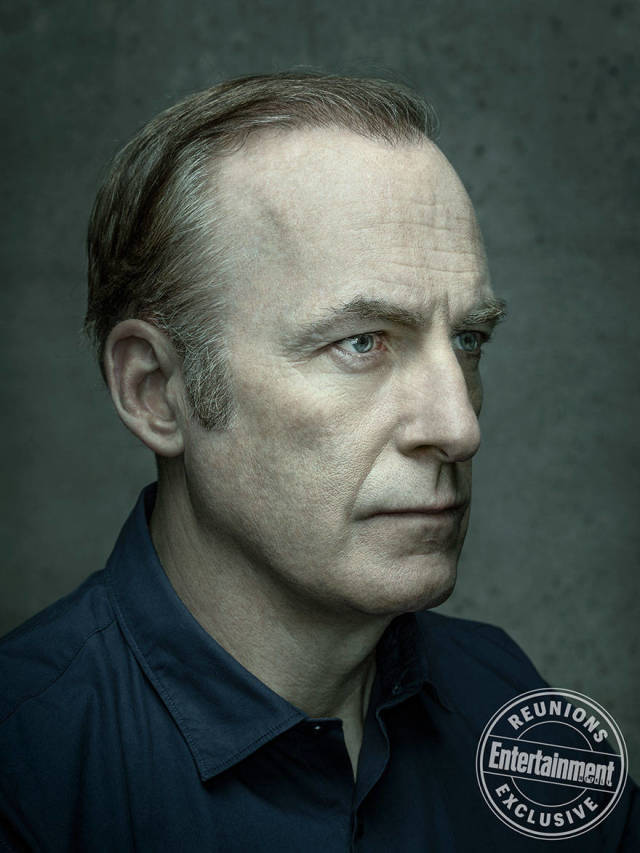 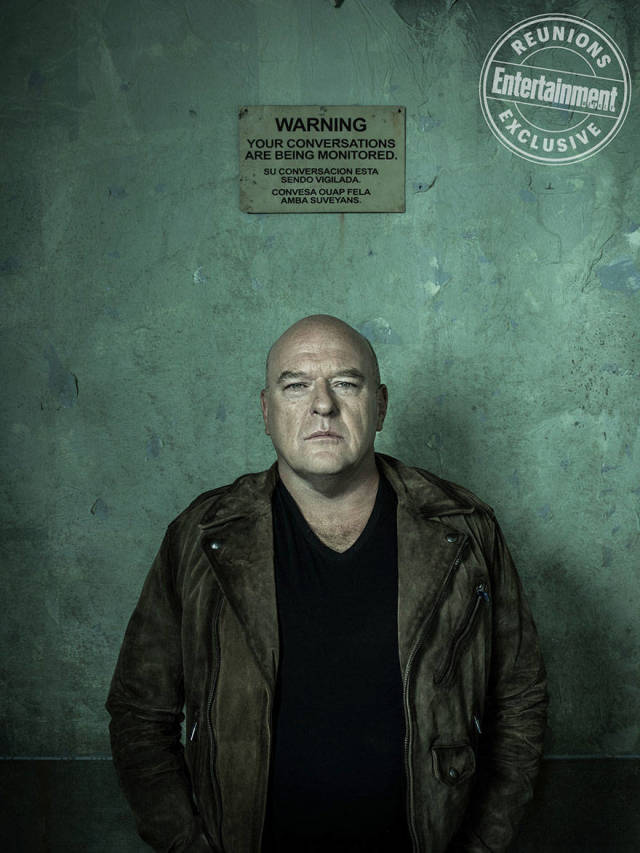 “One of the most interesting things for me was the fact that he went from a comic, kind of buffoonish character — which was really fun to play — to somewhere in the third season, becoming a much more tragic character,” says Norris. “It’s rare that you get to do that kind of an arc anywhere, to be honest with you. I think I might have asked Vince at some point, ‘Do I need to audition again for this?’ Because it’s a totally different kind of character.” 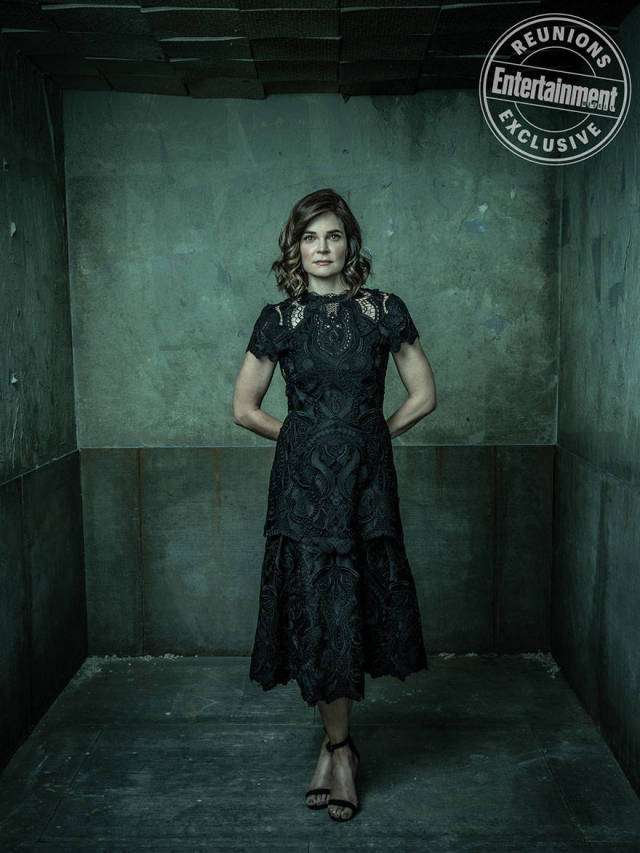 “I had never played a character that long before, and that right in itself is a gift, as an actor to be able to take a journey like that,” says Brandt. “We read the pilot and I said to my husband, ‘This is the best pilot that I’ve ever read.’ I love Marie — to this day, I love her, and I’m so thankful for the wonderful things about her and I’m so thankful for all her faults too because it was just ridiculously fun to play…. Someone asked me, because it’s been 10 years since it premiered, what I miss most. And, hands down, it’s the people. To get to make this kind of show with this group of people — I mean, it just doesn’t get any better than that.” 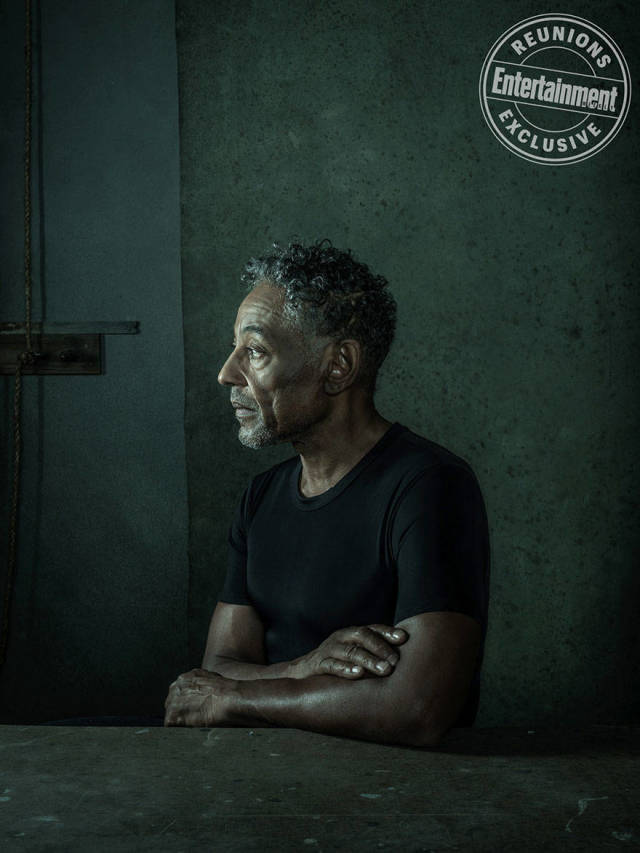 “Bryan Cranston has been quoted as saying to me, ‘I don’t know how the guy does it, but he scares me because all of a sudden he turns around and he turns back and his eyes are dead,’” says Esposito. “I just used to look right through Bryan and he would just go, ‘Where, where does that come from, that cold and cruel look?’ But it’s something that gets developed and I know how to drop to get there, but it’s always in that place where we leave ourselves behind as actors and we take on the trappings and the physicality of the character that we’ve created that’s become a part of us.” 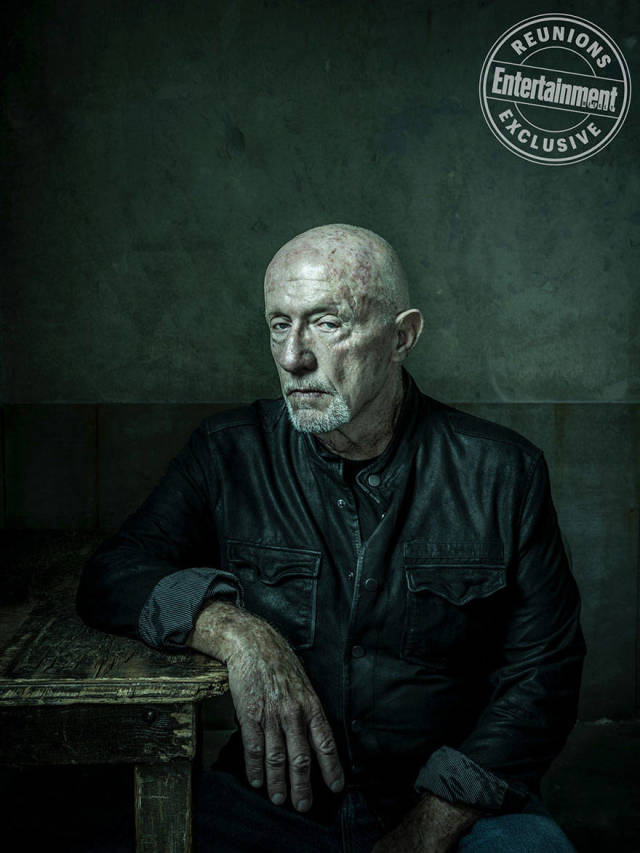 “He’s a hardass whose real downfall is his softness,” says Banks. “There’s a side of him that’s good that eventually destroys him. Whether he acts on it or not, he has a sympathy for the underdog, for the vulnerable. Mike is the guy, even to his physical harm, that would step in and protect somebody being bullied.” 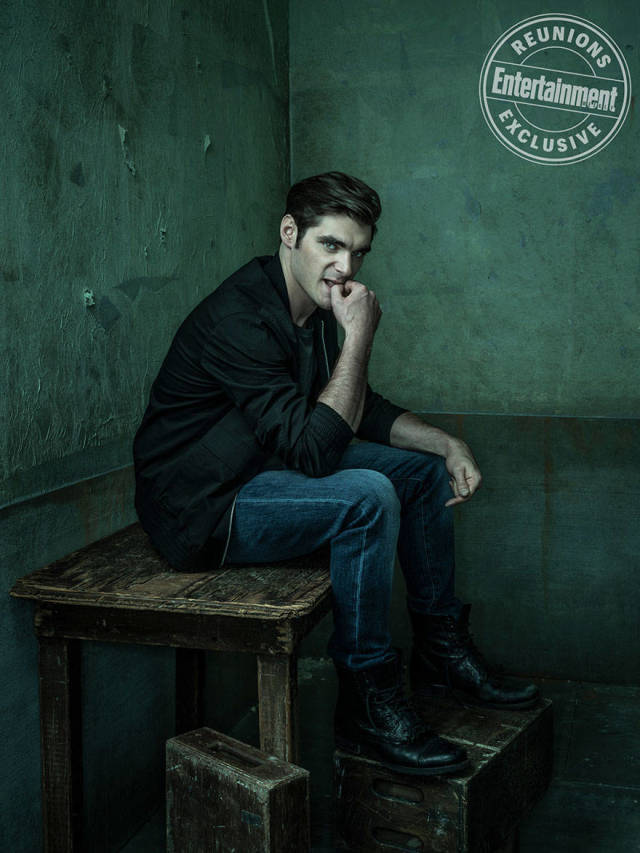 “I felt I could really relate to Walt Jr. in many ways with the family situation and what was going on in my life,” he says. “It was really nice having a disabled character on television. Since Breaking Bad, I’ve been able to work with numerous charitable organizations and SAG-AFTRA’s Diversity Division. And it really helped open the door for a lot of people in the disability community with equal-opportunity employment, in how Walt Jr. was represented as a character, and not a disabled character. And it was one of those surreal experiences.” 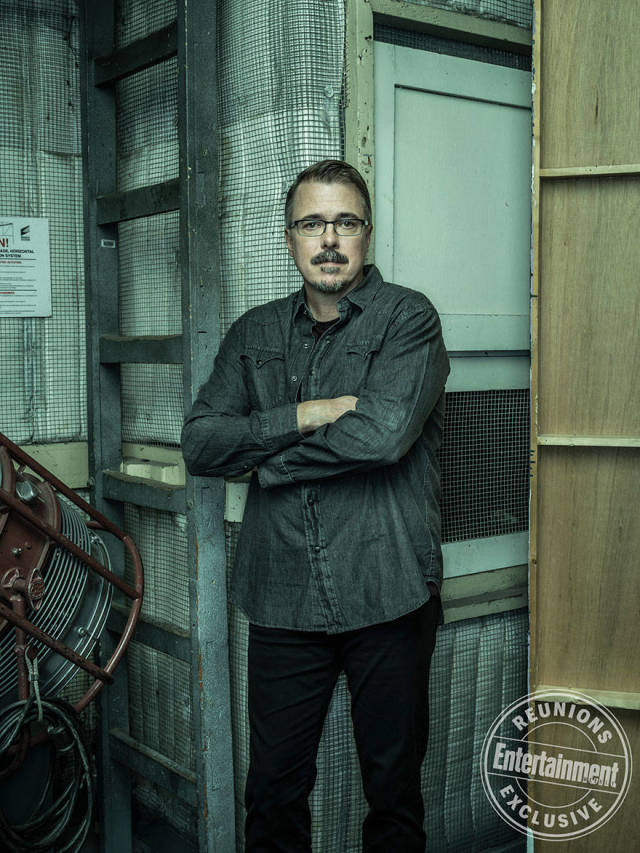 “Being a student of television, I realized that in most television shows the characters maintained their characteristics throughout the life of the series. They didn’t really change,” says Gilligan. “I was very desirous of creating a show where the main character changed. I didn’t necessarily think of it in terms of being groundbreaking. I mainly worried that because it was a different take on the structure of a television show that that would be a ding against it and that it would make it harder to get made.”