This ugly fish with human-like teeth was found in Argentina and identified as a South American lungfish (epidosiren paradoxa) which can breathe air but is usually found in swamps and slow-moving waters. Their huge teeth are needed to break the shells of crabs and snails which make up a major part of their diet. Scientists know relatively little about the South American lungfish which is found only in the Amazon, Paraguay, and lower Parana River which runs through various countries including Argentina and Brazil. 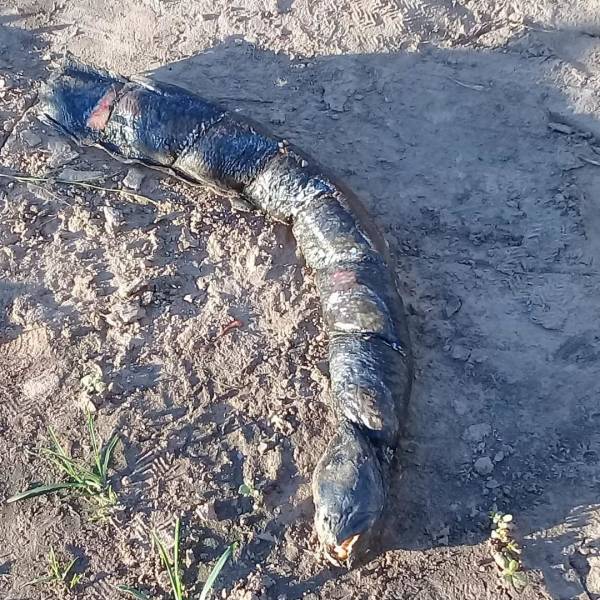