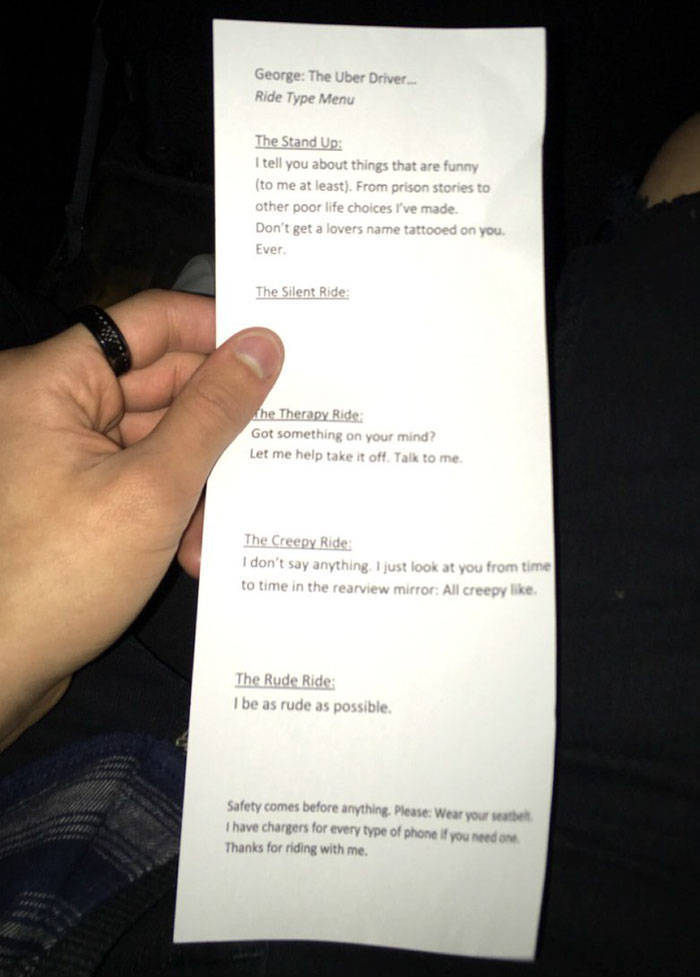 The outstanding service options included: Stand Up, The Silent Ride, The Therapy Ride, The Creepy Ride and The Rude Ride.

Lui was feeling down so he told Twitter he chose to go with the therapy ride and get some comfort from a sympathetic ear. This is not the first time an Uber driver has surprised their client with creativity, but the effort is always appreciated, so it’s no surprise the tweet went viral. 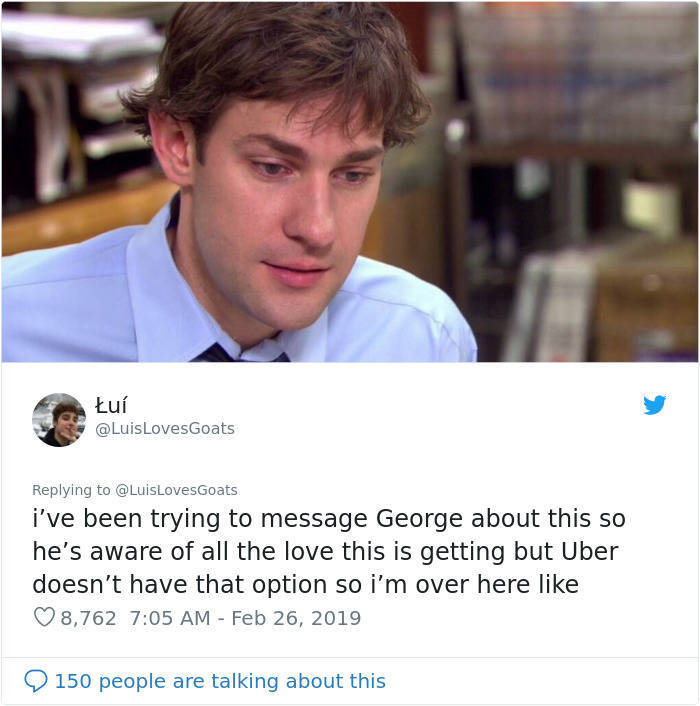 With only the drivers first name, George, Lui tried to get in touch with his former riding companion to tell him how much internet love he was receiving – but eventually, the news found its way to him through a friend.

The story even inspired George to create a Twitter account, which his new friend Lui shared with his followers. 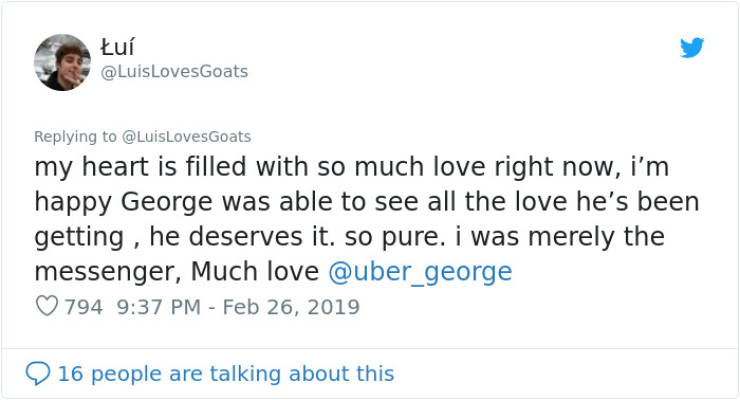 George now has more than 4,000 Twitter followers and shared a clearer picture of his menus for all future passengers in the area 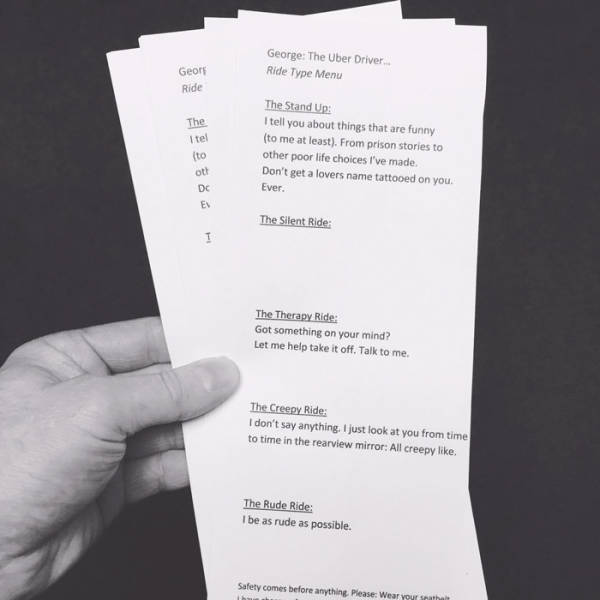 Later he added that the internet experience has been fun and humbling, writing:  “I’m so happy that my menu is making so many people laugh. It is humbling and exciting to see this all over the Internet. Special thanks to @LuisLovesGoats for posting, @mccurly911 for letting me know this went viral, and @Uber for the awesome employment.” 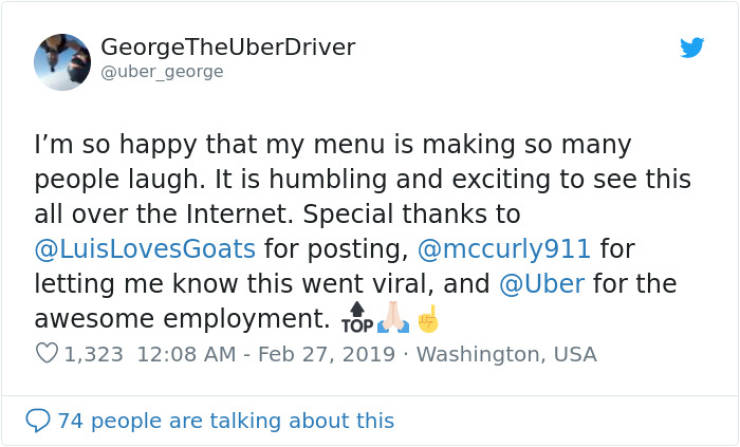 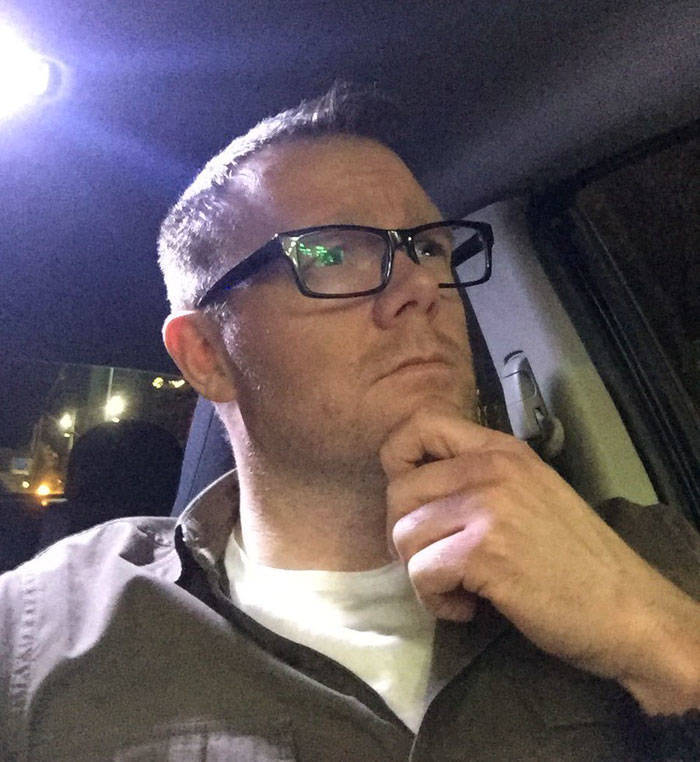 Just like anybody else whose tweet blows-up George used the platform for an entreprenurship opportunity. The driver started a GoFundMe to get an automatic car, since the hills in Seattle are tough on his transmission.