Look Honey, I Took Our Cat To Pet Groomer 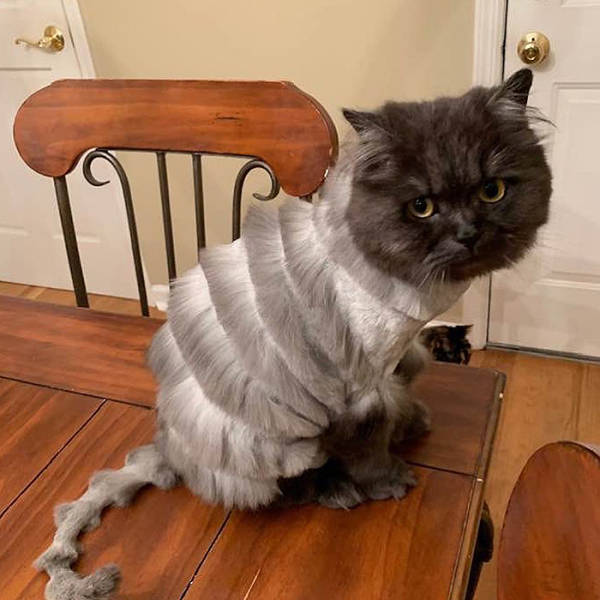 This is Oliver and he’s flaunting his new look

A Twitter user shared the hilarious snaps of her furry friend in a now-viral thread. Apparently, the bizarre haircut was not an accident.

Recently, Twitter user Caitlin shared a hilarious story about how Oliver got his haircut

She posted a screenshot of her mom’s text along with photos of Oliver with his new look and captioned it “I’m so done with today.”

She posted the screenshot of the text sent by her mom

“I’m gonna effin kill your father!!! He dropped Oliver off for his groom and this is how he came back. Like seriously gonna puke! I’m so maddddd. Waited 2 months for this [appointment] WTF!!! I can’t even look at Oliver… He looks absolutely ridiculous,” the text said. 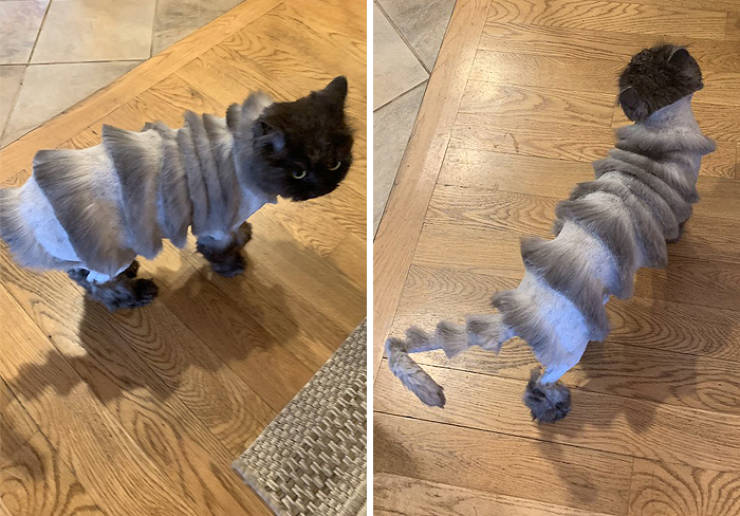 We will leave it up to you to decide whether the haircut is “ridiculous” (as Caitlin’s mom said) or “avant-garde.” 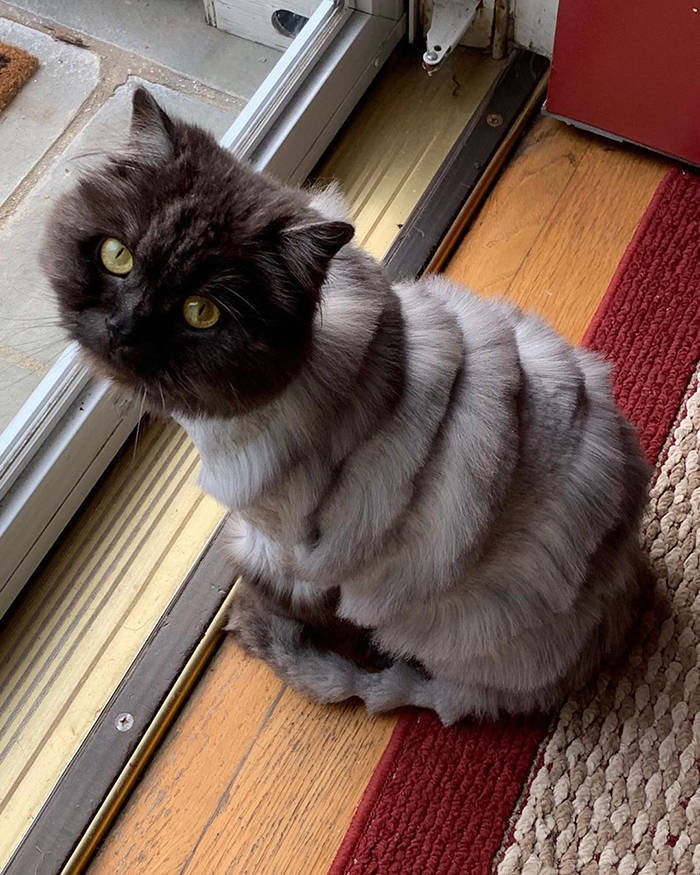 Oliver was taken to the groom by Caitlin’s dad

“My father told them [grooms] to cut him like a tiger to play a joke on my mom,” Caitlin told Bored Panda. “My family loved it, we were all cracking up! My mom, however, was not too happy,” she added. 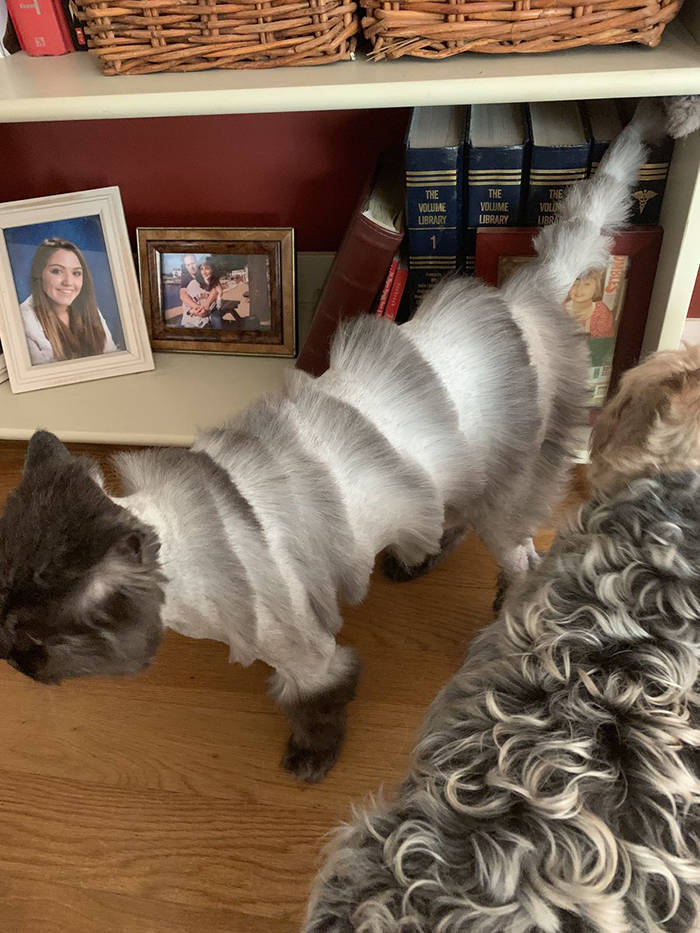 Before the grooming, Caitlin’s dad said that he “wanted strips like a tiger, do what you can.” 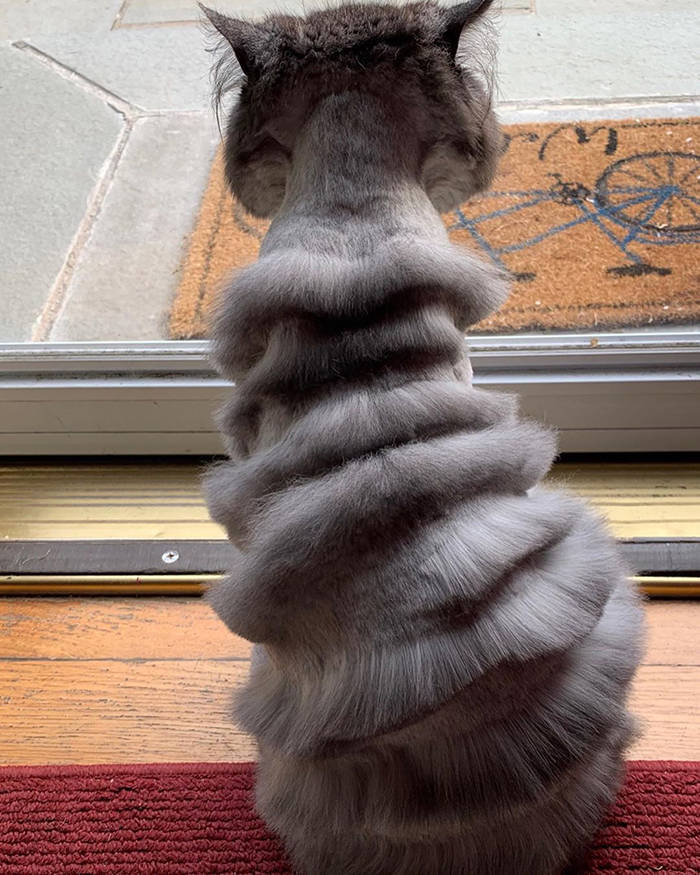 “My family loved it, we were all cracking up! My mom, however, was not too happy”

However, Caitlin added that “she’s starting to come around to it.” 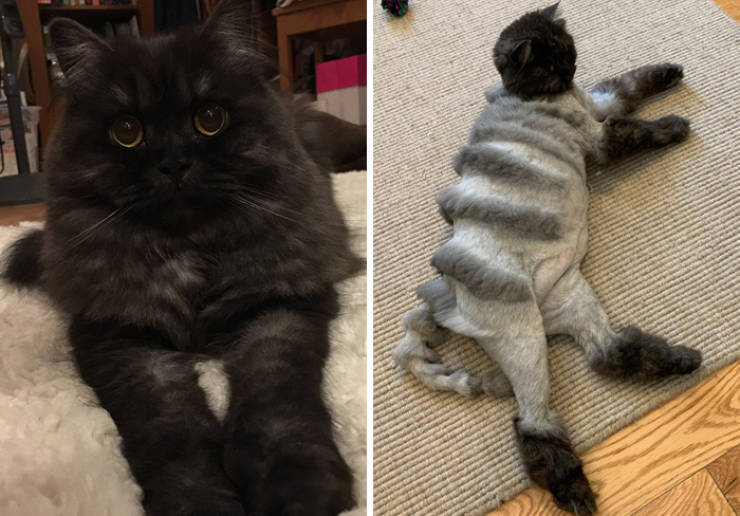 On the left picture, you can see how Oliver looked before the grooming

He was certainly a gorgeous fluffy boy before, but not as avant-garde. 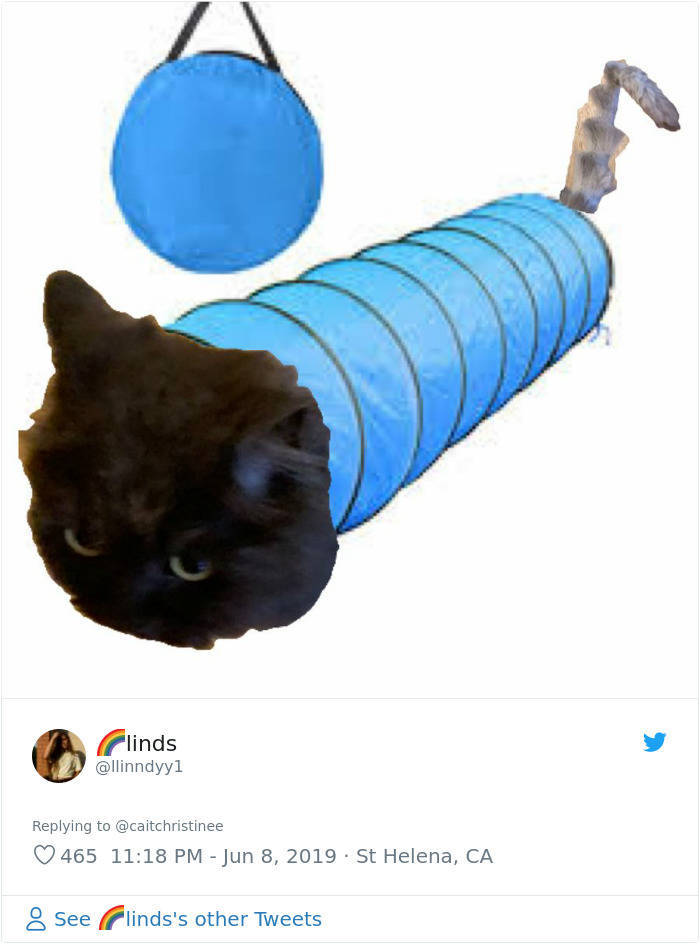 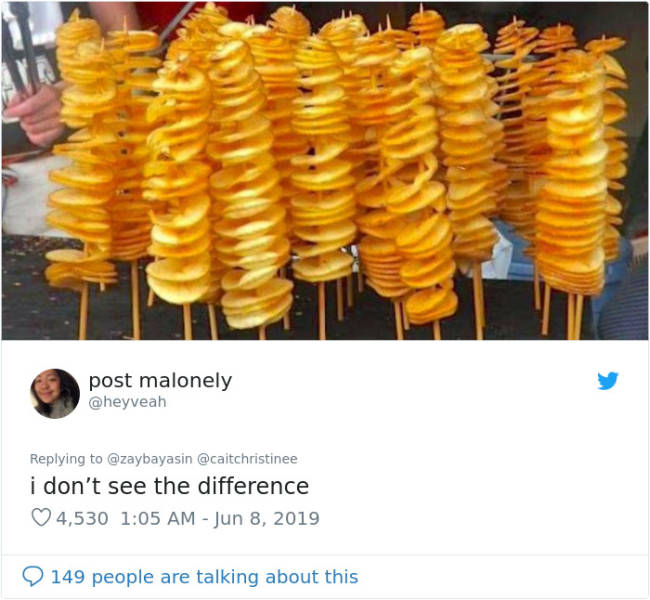 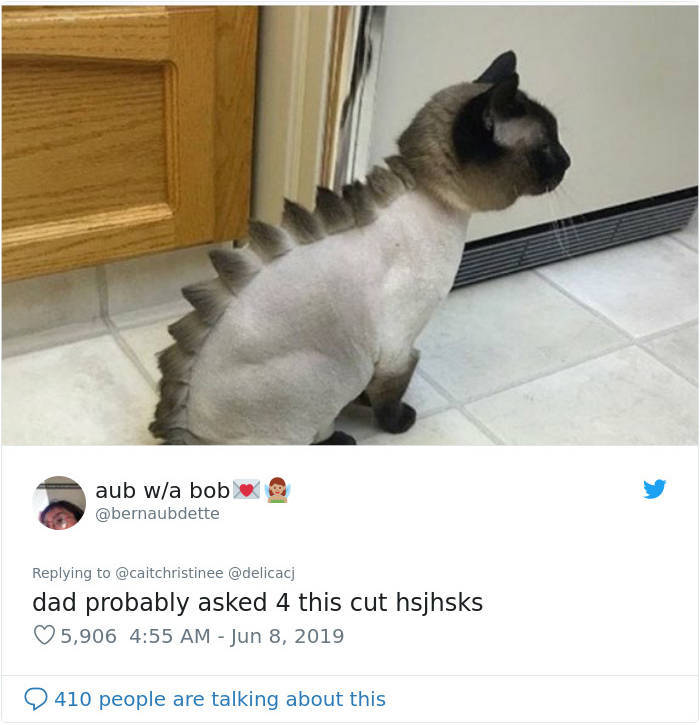 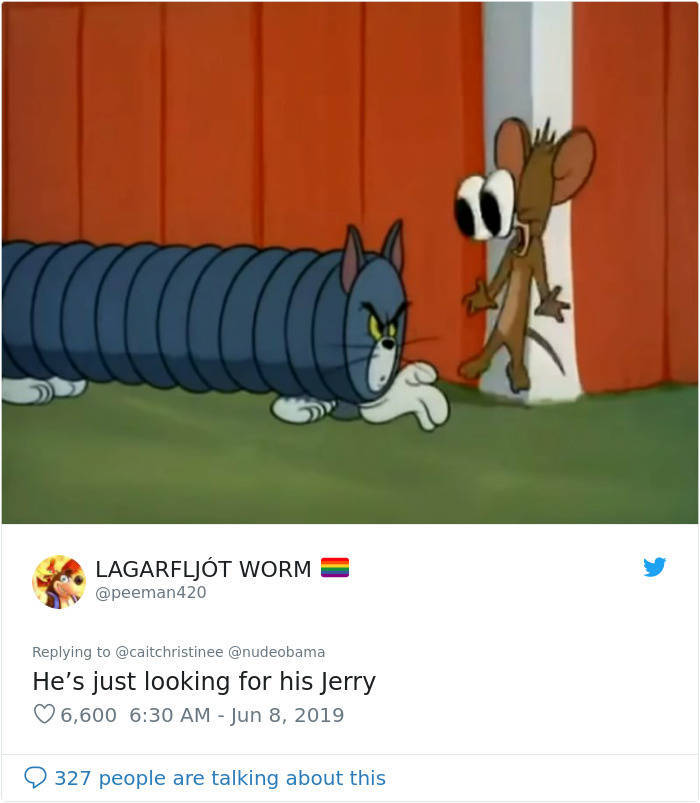 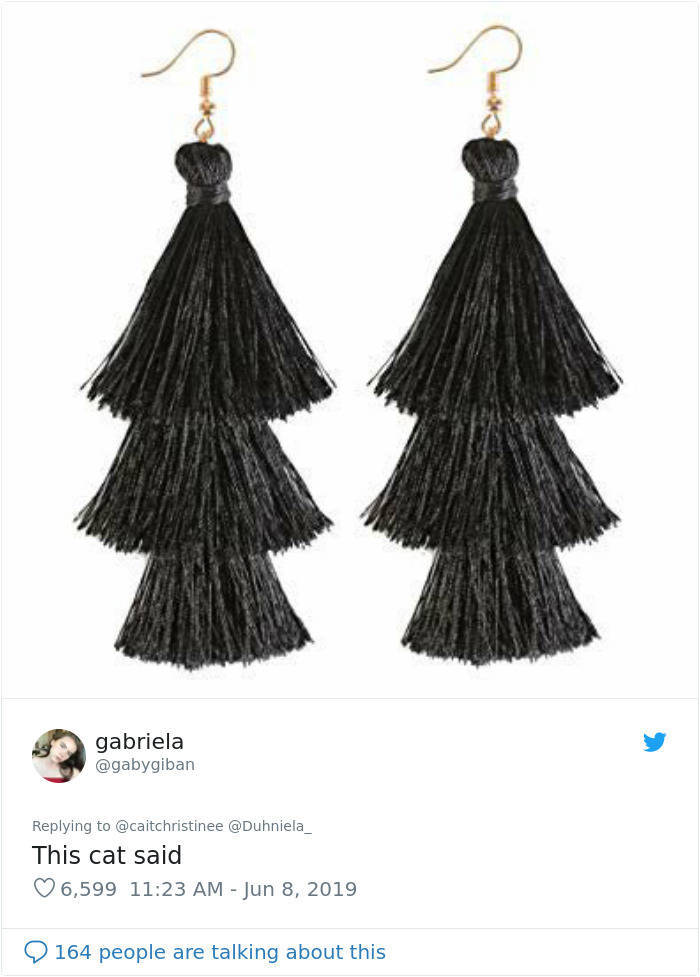