Recently, one father from Florida named Jason Hilley decided to teach his daughter a lesson about wearing very revealing clothes 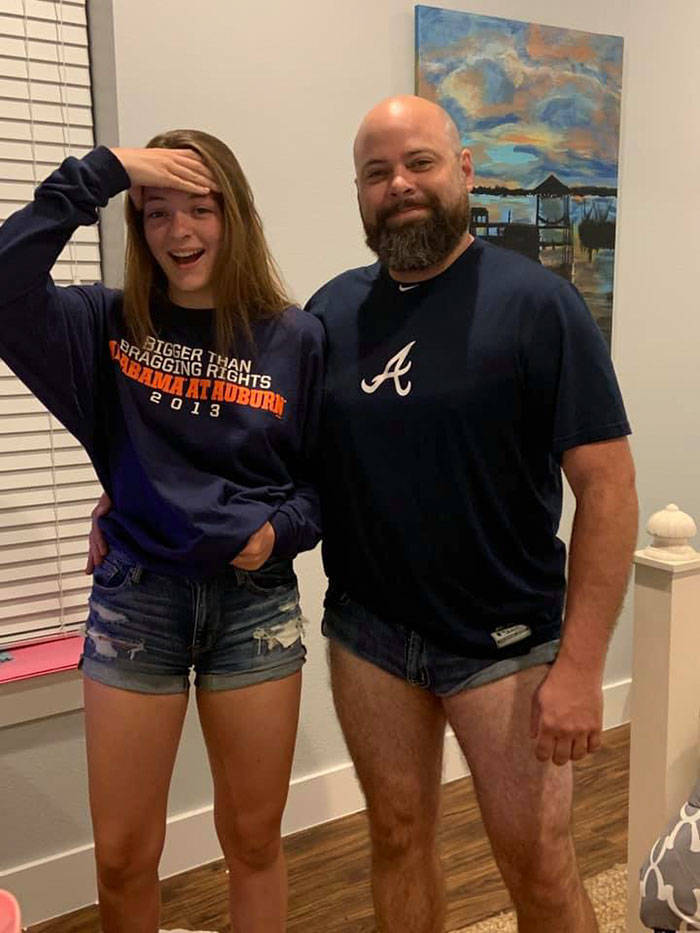 In a now viral video, the father of two enters his daughter’s room wearing similar shorts like the ones his daughter recently bought. “I came up with the idea to cut my shorts up after three weeks ago this past Monday, my daughter came out of her room and wanted to go ride the gold cart. When i saw what she had on, I told her not in those shorts your not. So as a typical teenager does, she started complaining that they are the only ones she has. So I gave her my card to go online to buy a new pair and to make sure they were longer. Fast forward to last Wednesday, the shorts came in and I just placed the bag on her bed.Didn’t bother opening it because it was addressed to her and I knew they were the shorts,” said Jason in an interview. 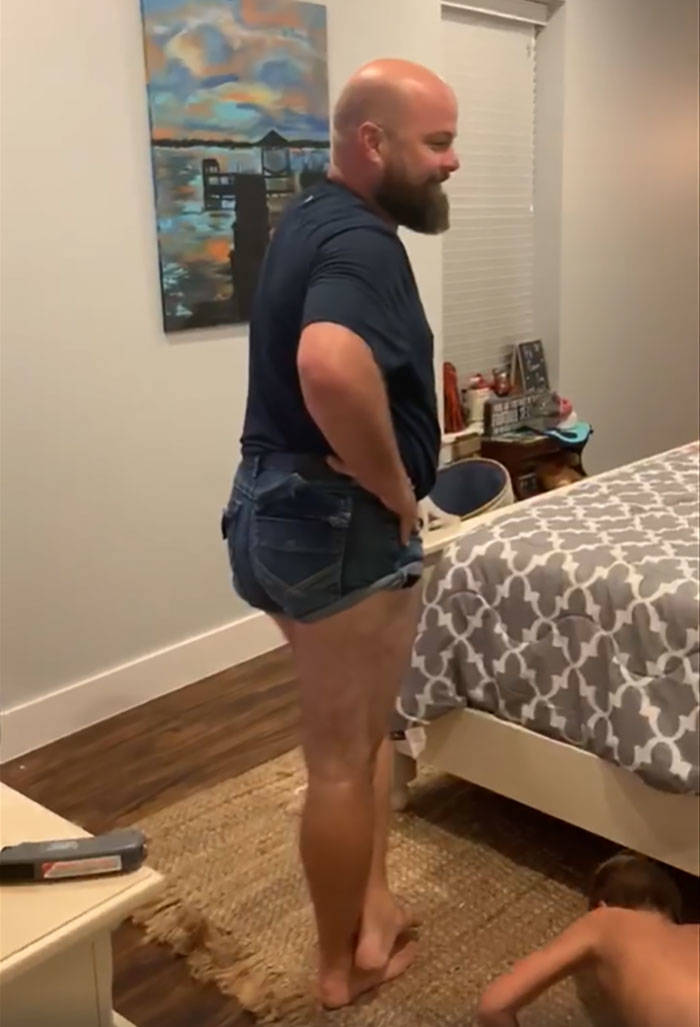 “That early evening, she came out of her room again and I stated “hey love bugs, what are you doing?” She stated she was going to go out and ride the golf cart. Mind you, my wife Alison, son Walker and myself were sitting on the couch as this is going on. I told her, Kendall, we just talked about this, your not going out in those shorts, go back and out your new ones on. she stated These are my new ones. I asked her to go back to her room. At that point, my son walker and I ran to my closet and grabbed a pair of my jeans. He helped me cut them into short shorts. I then proceeded to my daughters room and my wife stated, wait, I have to film this. And then the video came into play.” 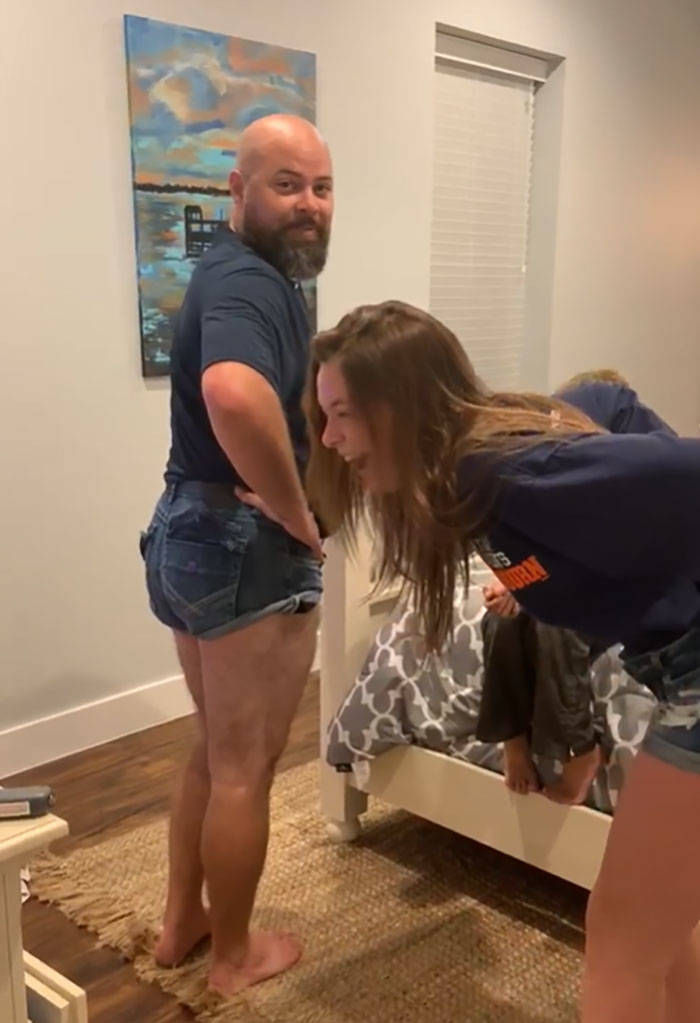 Now, this hilarious family joke has over 45 million views,  863k shares, 200k likes, and over 95k comments, it seems that people do love it a lot. “Never in a million years did I expect anything I do to go viral. This is a normal day for us. Not necessarily the videoing but the goofing off and laughing at each other (in a good way) and just enjoying being a (or was) a private family. I do not post much on FB unless it’s about my kids (walkers karate or Kendall’s cheer). So, this to say the least is something they will never forget. The video was just for a memory.” 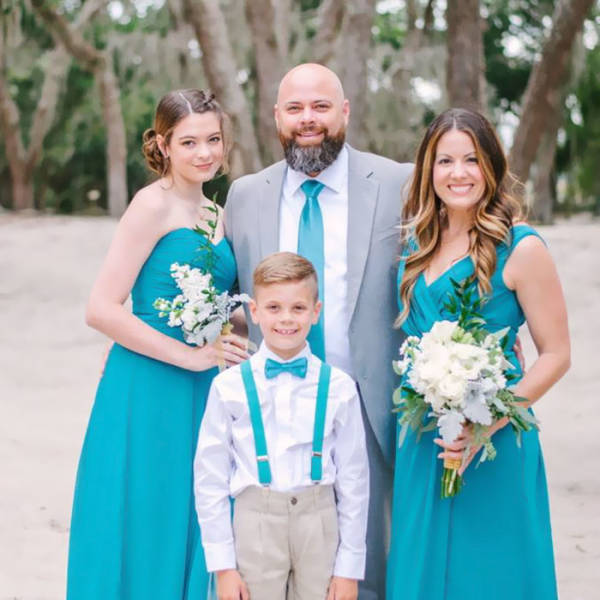 “Our family live is just as normal as any other. (If normal is the right word). We don’t hardly ever argue, fight, etc. my wife and I discipline in what we feel a positive way. We love our kids and do everything we can for them. As we are supposed to do as parents. And trust me, they are awesome kids. Kendall has aspirations of going to Auburn University (but wants to be an Anaesthesiologist). They both are smart loving kids. Kendall being a teenager of course will try and get away with stuff and push some limits, she is still learning. But they understand we do things for a reason as parents. It is important that our kids talk to us and communicate with us and not be scared to do so.”

You can watch the full video below

“We are always pulling pranks on each other. Weather hiding in a closet with a clown mask on or my son and I waiting for my wife and Kendall to get home late from cheer and is hiding to scare them as they come in,” Jason told.

Golden 11 month s ago
decent women dont wear short shorts ....but in the west...there are no more decent women
Reply
0