Internet Finds A “Gorilla Crow”, Scientists Explain What It Really Is (30 pics) 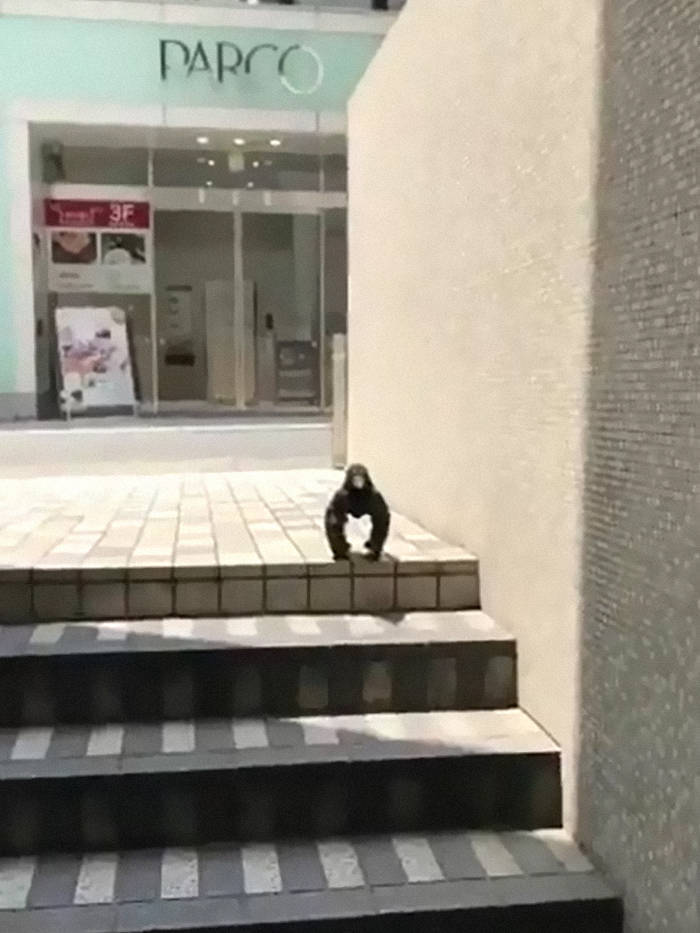 People decided to have a little fun with the ‘crowilla,’ coming up with their own take on the hybrid creature 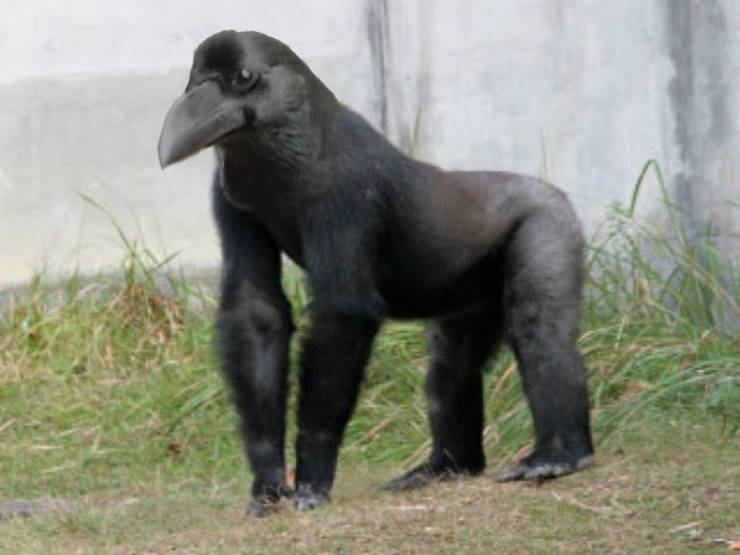 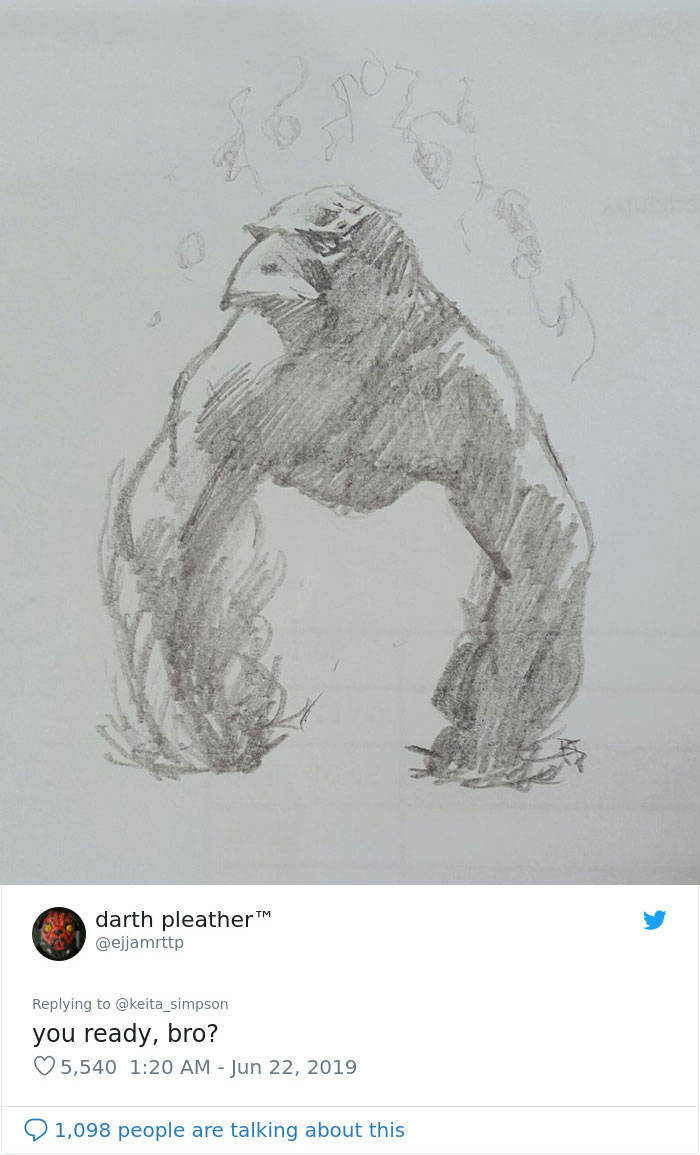 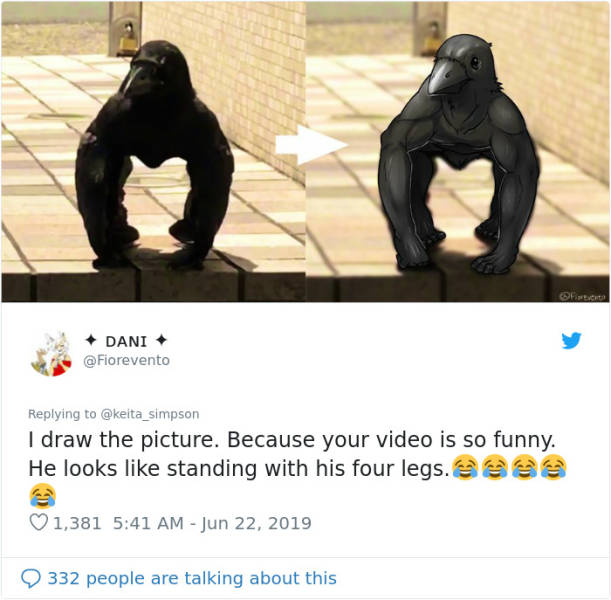 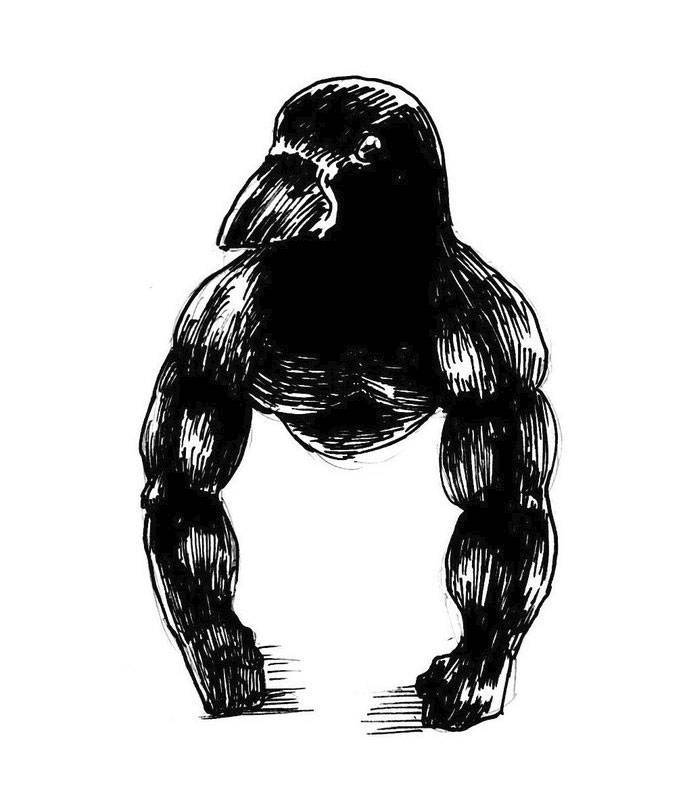 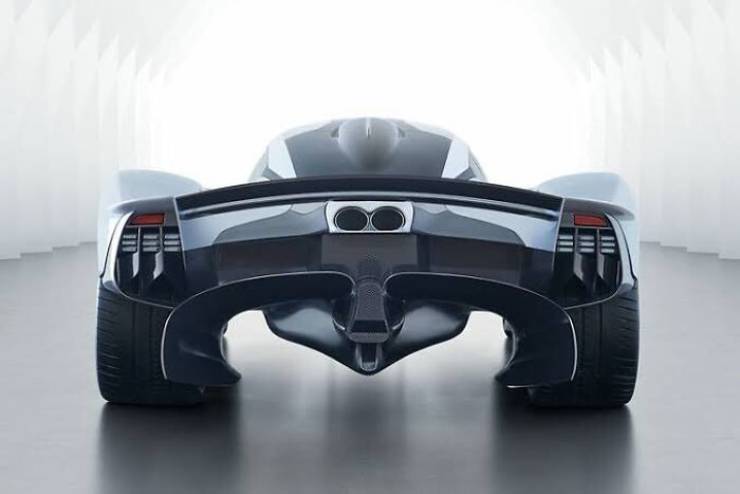 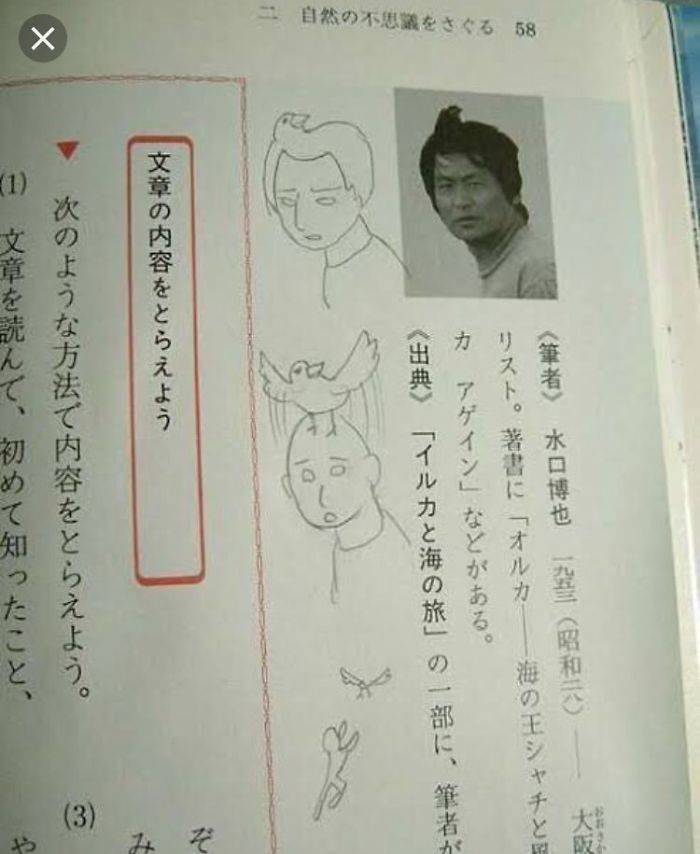 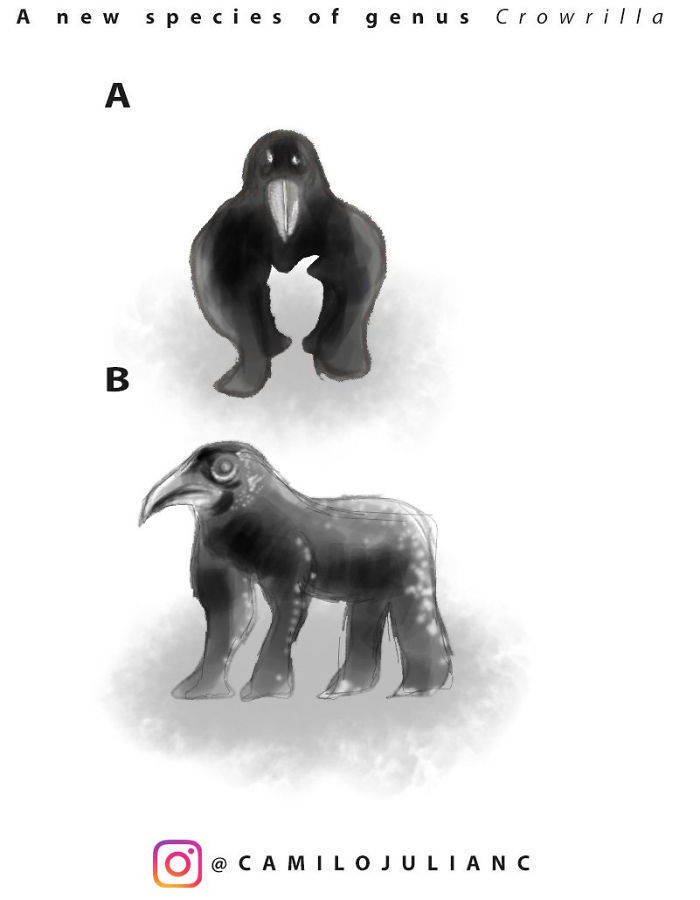 After this glorious spasm of creativity inspired by the bizarre image of the crowilla, Kaeli Swift, a crow researcher and author of the blog Corvid Research, arrived on the scene to give some clarity to the situation. Dr. Swift, who did her Ph.D. in animal behavior specializing in corvids, says that she believes that the crow might be sick.

“If you look at the bird’s chest you can see it’s more V-shaped than round, that indicates that it is emaciated,” she told. “Since malnourished or sick birds will droop their wings like that, that could explain the behavior entirely, especially because its mouth isn’t open or its head cocked to one side, which is part of the typical sunning posture as I indicated in my drawings. But they two aren’t mutually exclusive, so it could have been a malnourished bird that was trying to sun.”

Eventually, an expert stepped in with her take on the bizarre illusion 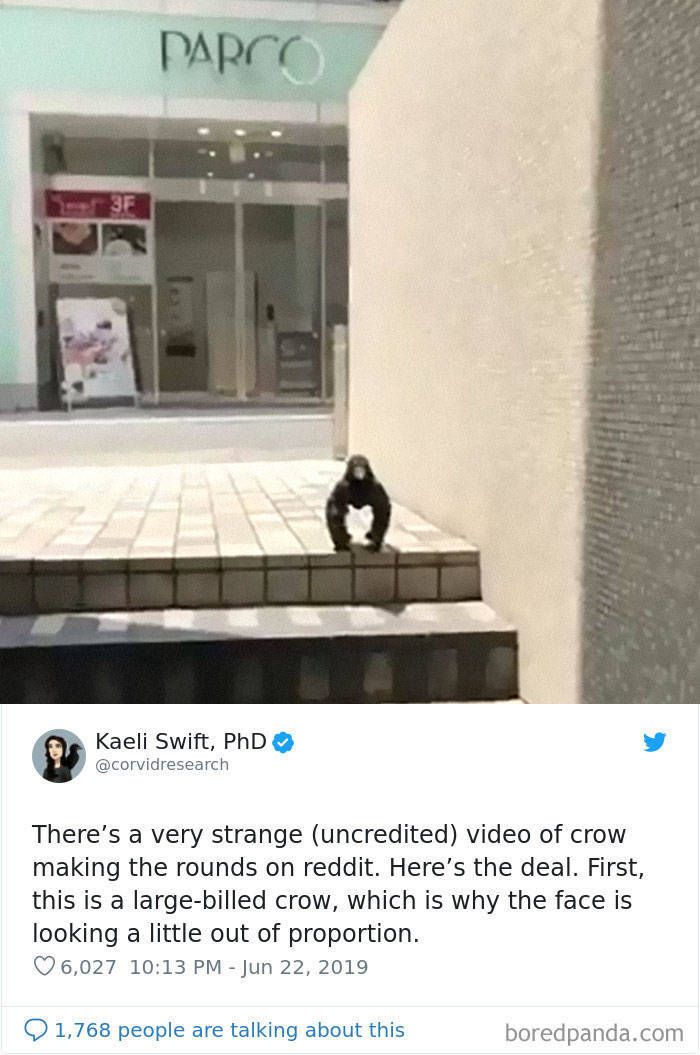 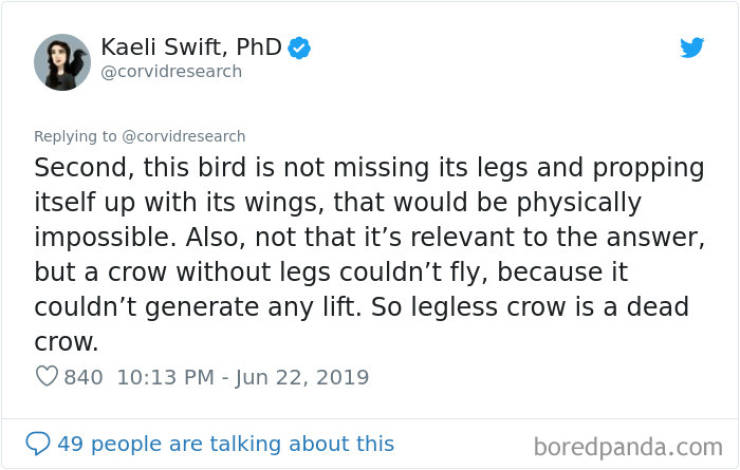 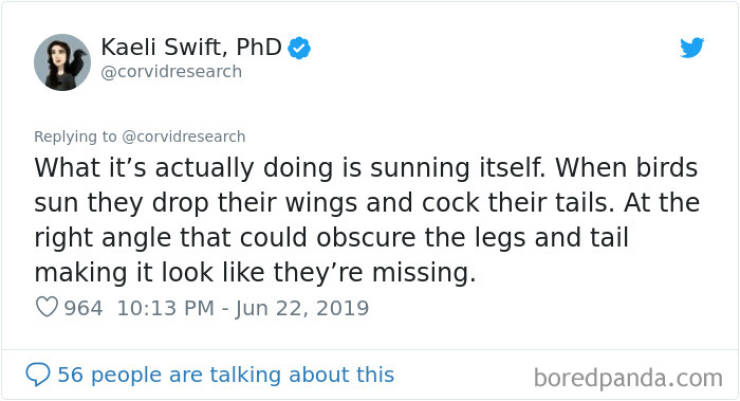 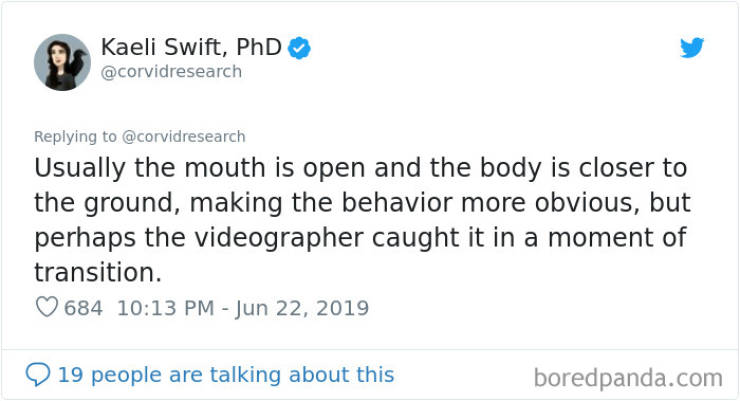 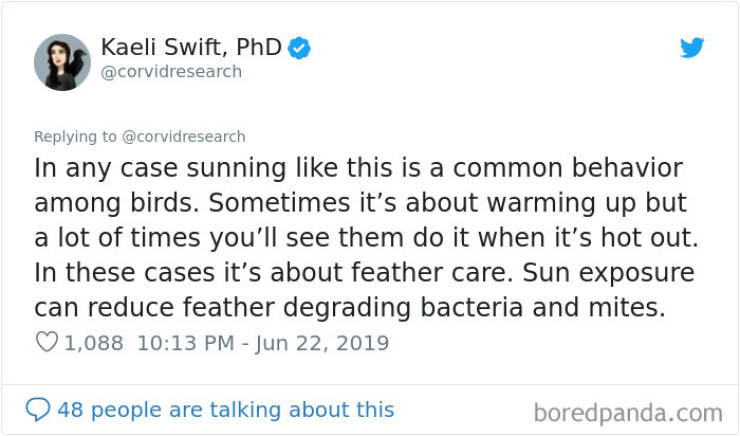 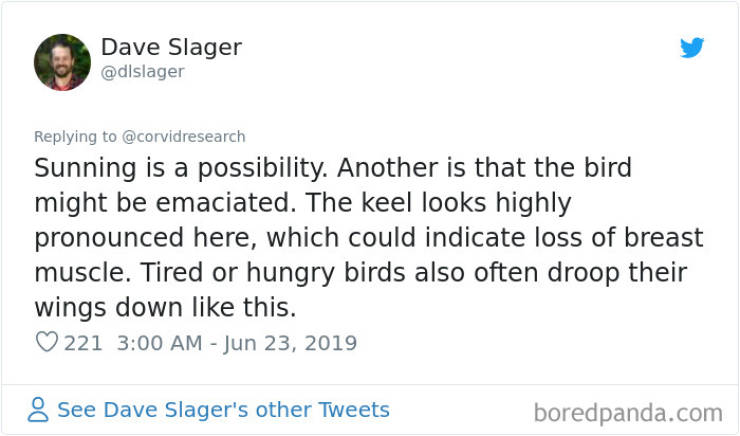 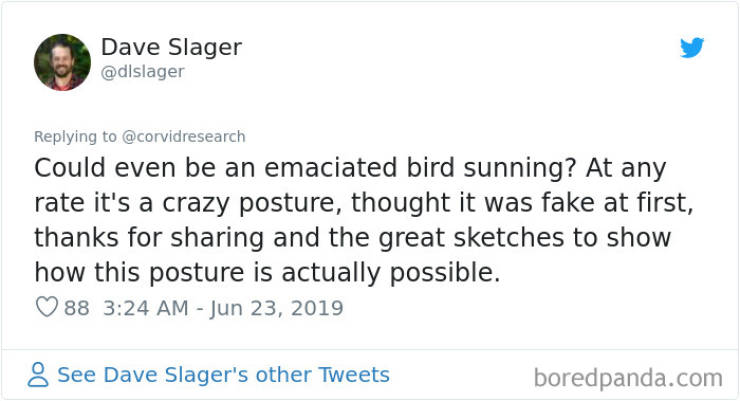 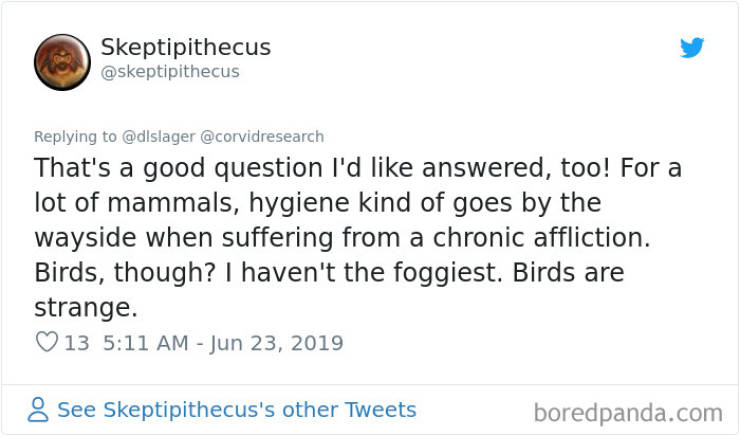 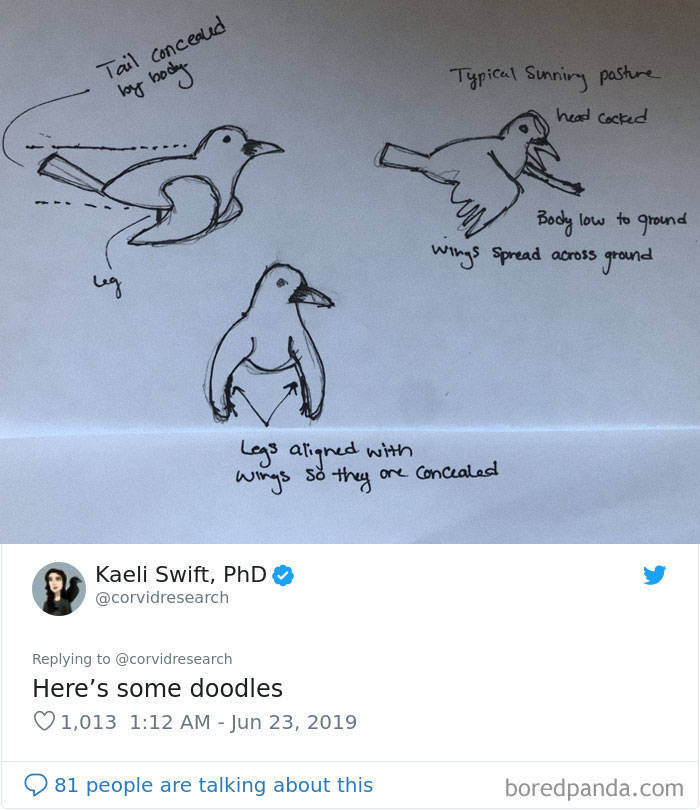 So most of the mystery has been solved thanks to the input of Dr. Swift.

Still, though, people seemed to prefer to believe in the existence of the crowilla and continued to have fun with the concept. As you can see, the mischievous, crafty crow still inspires all kind of myths and stories! Dr. Swift told us that she was first drawn to studying these remarkable creatures for their amazing intelligence. “I enjoy studying these birds because their intelligence so closely resembles that of our closest relatives, and yet their brains are built differently,” she explained. “It’s a really cool opportunity to learn about the convergent evolution of cognition.”

August 11 month s ago
Bro, do you even lift!
Reply