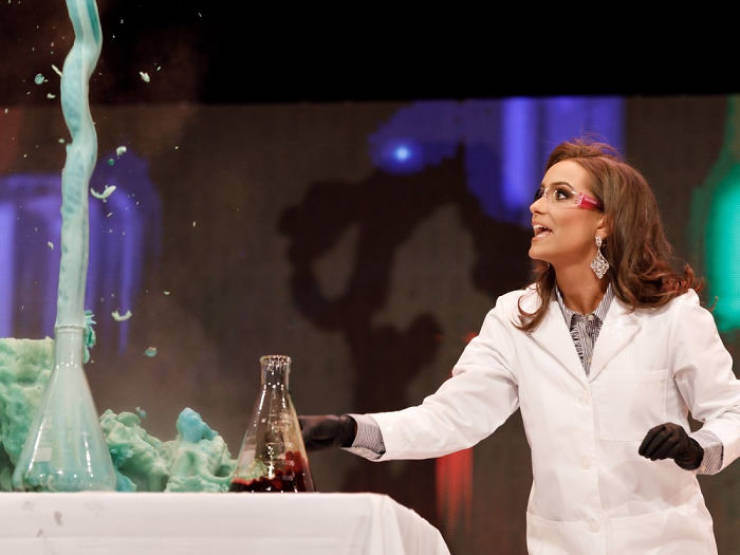 While the usual ‘talents’ in these pageants often amount to singing a song or pulling a rabbit out of a hat, Ms. Schrier stepped out in lab coat and goggles to wow the judges with a demonstration of the catalytic decomposition of hydrogen peroxide.

After carefully mixing a solution of chemicals into beakers, Schrier’s experiment concluded with an explosion of blue and orange foam, which is known as the “Elephant Toothpaste” reaction. 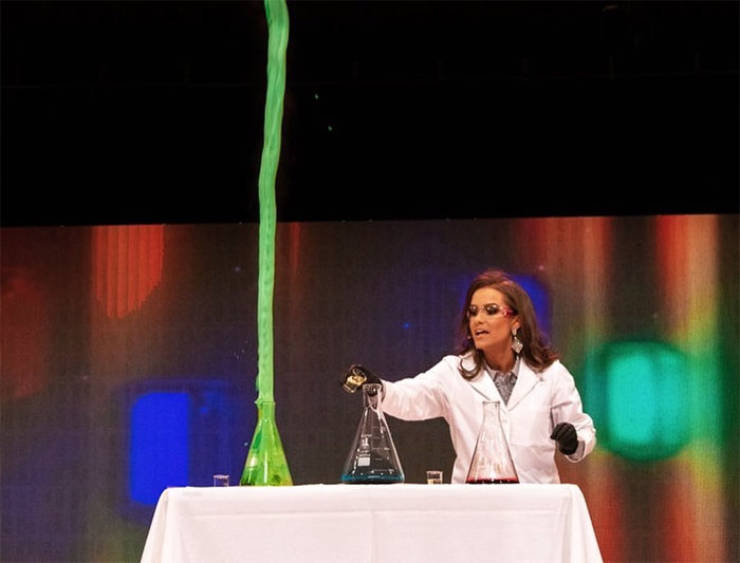 Ms. Schrier said that it was the recent overhaul to the competition, which now places greater value on true talents and social impact over appearance, that encouraged her to enter the pageant circuit again.

“The evolution of the Miss America competition, which reflects greater inclusiveness, and an opportunity to make a difference and win scholarships inspired me to step forward this year and compete,” she told IFLScience.

“I am more than Miss Virginia. I am Miss Biochemist, Miss Systems Biologist, Miss Future PharmD looking toward a pharmaceutical industry career.” 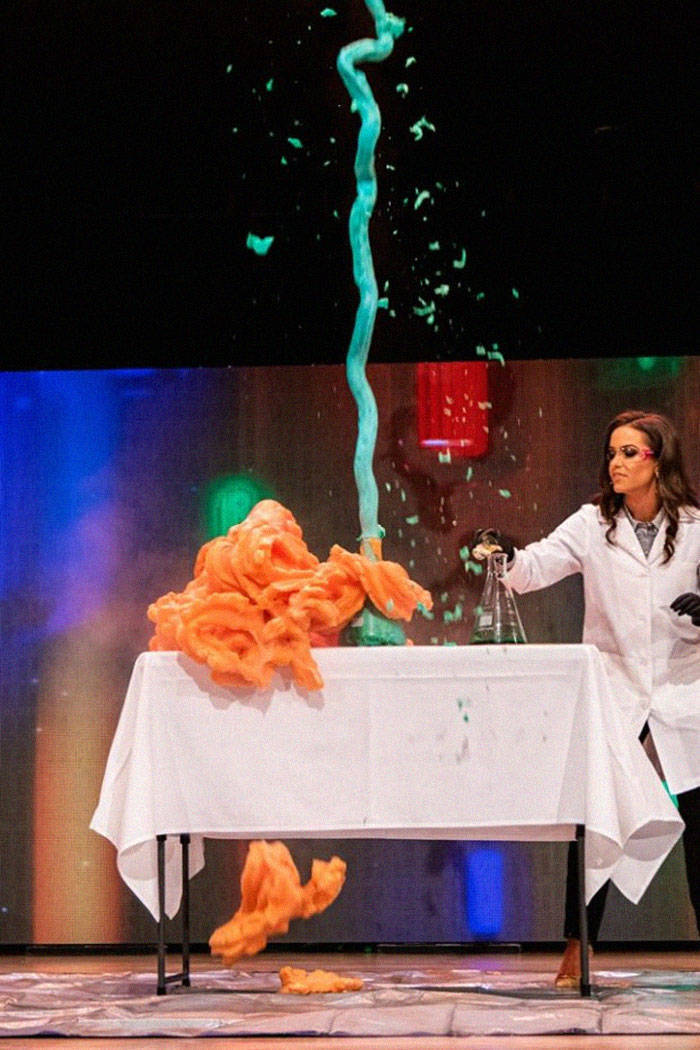 Check out the video of Ms. Schrier’s experiment in action below

She won not only the crowd but also the crown 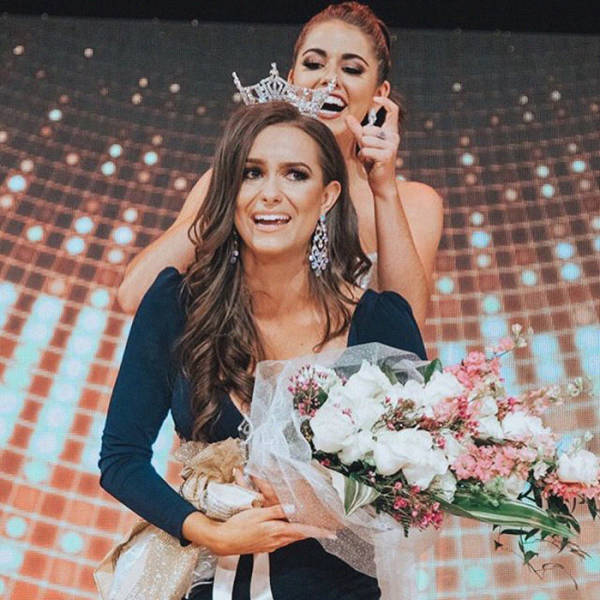 Rather than the patronizing swimsuit competition, competitors in Miss America 2.0 will now spend more time highlighting their achievements and goals. Dress codes have moved on from the traditional evening gowns, with candidates allowed to choose clothing that expresses who they really are.

According to its website, Miss America now aims to be more inclusive to women rather than fitting into predefined stereotypes. 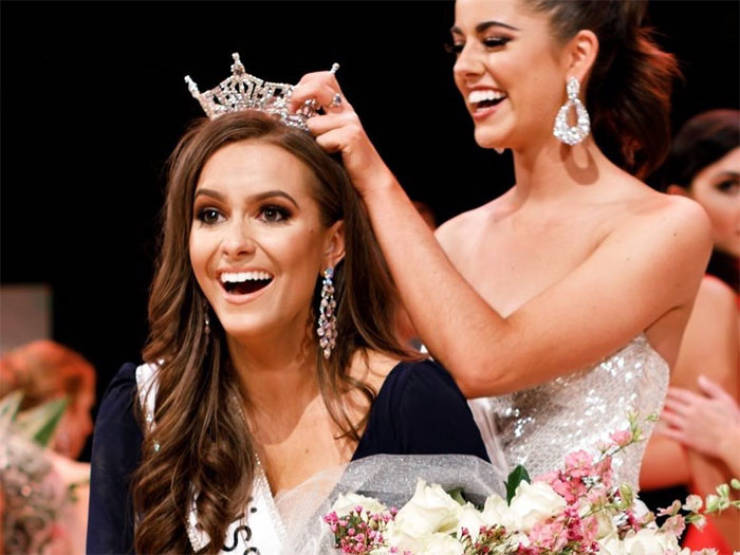 “We are no longer a pageant. Miss America will represent a new generation of female leaders focused on scholarship, social impact, talent, and empowerment” said Gretchen Carlson, Chair of the Board of Trustees.

“We’re experiencing a cultural revolution in our country with women finding the courage to stand up and have their voices heard on many issues. Miss America is proud to evolve as an organization and join this empowerment movement.” 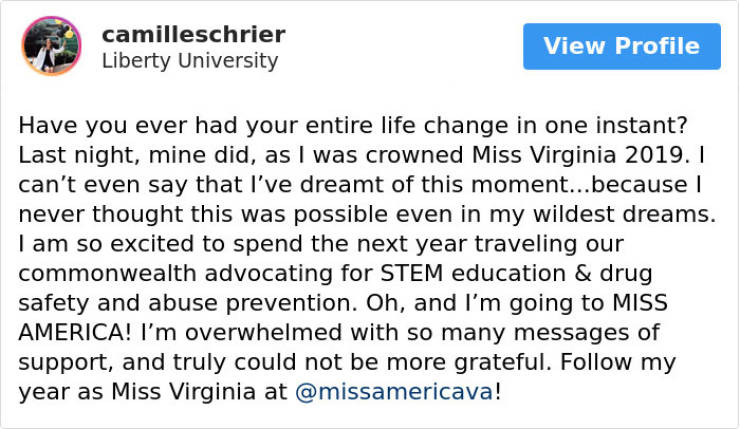 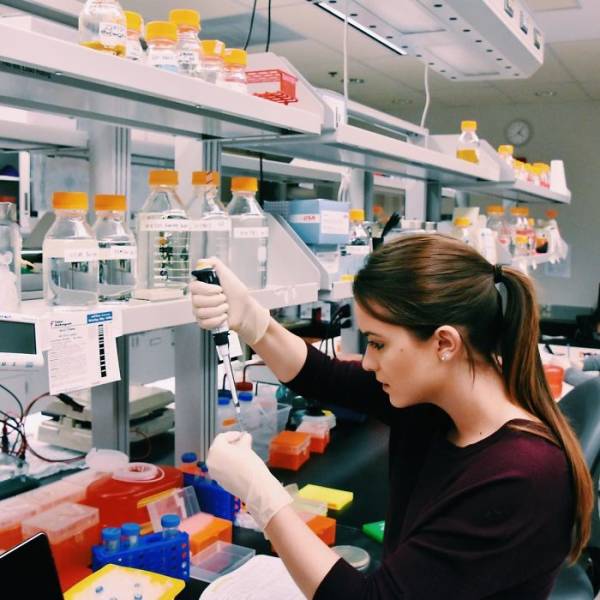 Ms. Schrier, who will now represent Virginia in the nationwide competition, will be a strong candidate for the first ‘Miss America 2.0.’ She has dual Bachelor of Science degrees from Virginia Tech in Biochemistry and Systems Biology, and is currently studying a Doctor of Pharmacy Degree at Virginia Commonwealth University.

She chose to do the science experiment as her talent because she wants to get others excited about Science, Technology, Engineering, and Math (STEM) fields. 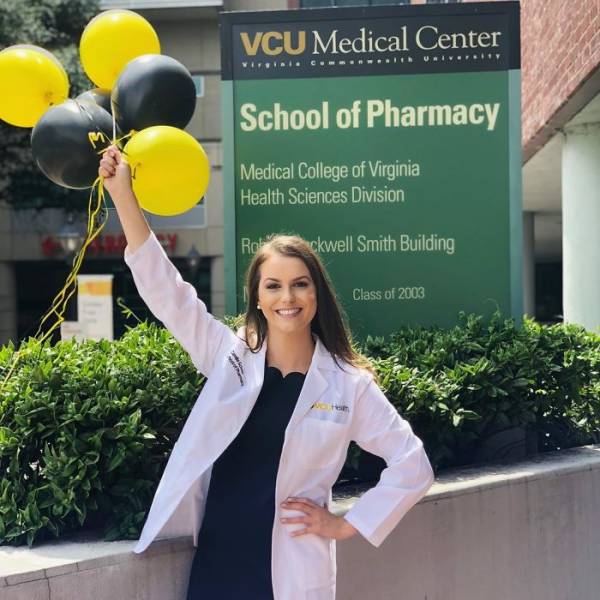 “I’m trying to be like Bill Nye,” she said in a university blog. “That’s what I’m going for. I want to get kids excited, but I don’t want it to be boring.” 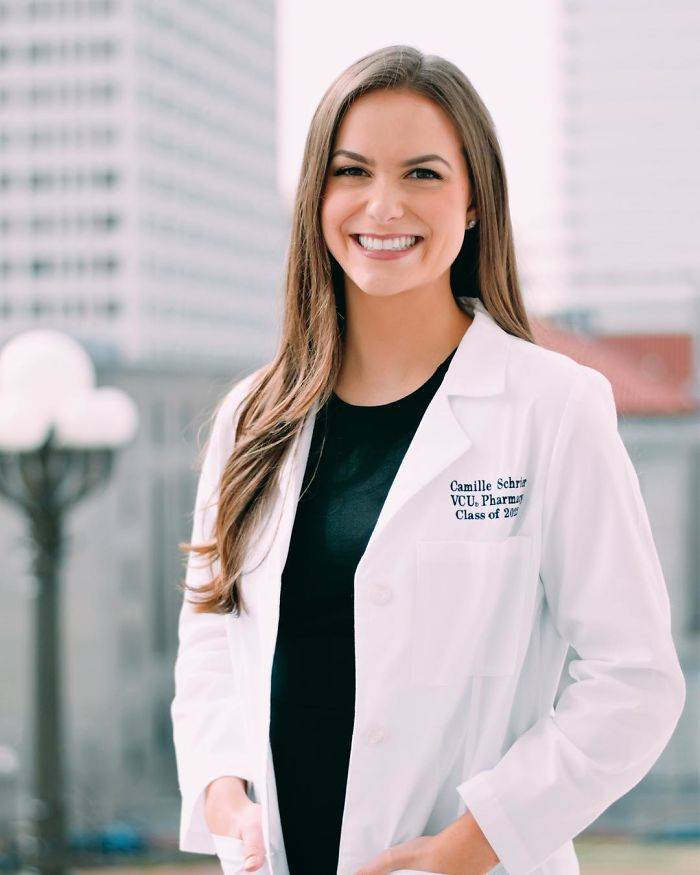 This kind of awareness and encouragement for girls to get into science and engineering is important because the field is still dominated by men. Currently, 81% of the degrees earned in engineering in the U.S. go to males, despite girls and boys having no significant difference in their abilities in mathematics and science.

So it seems that Ms. Schrier’s victory was also a victory for science. Let’s hope it inspires many young girls to follow in her footsteps and be inspired to challenge themselves at the highest levels of scientific research!

Undetectable 10 month s ago
Stop promoting pc feminist gender studies bs. Behavioral science and evolutionary psychology have made it clear that less women go into the STEM fields because of gender choice preference, which has NOTHING to do with intelligence. In a few words and in very general terms women have a preference bias for interacting with people (eg, nursing, teaching, etc) while men have a preference bias for things (eg, engineering, mechanics, etc). We're getting tired of this made up sexual oppression guilt trip.
Reply
-2

Sunlight 10 month s ago
"Rather than the patronizing swimsuit competition, competitors in Miss America 2.0 will now spend more time highlighting their achievements and goals. Dress codes have moved on from the traditional evening gowns, with candidates allowed to choose clothing that expresses who they really are."

so, basically it's a job fair.

important.because.still.dominated.by.men. said the a-hole liberals who are letting men who can barely make the JV team take over female athletics.