4th Of July Is Not Exactly A Holiday For Shelter Dogs, And Humans Were There To Fix It (5 pics)

Just like New Year’s, July 4 isn’t exactly a holiday for most pups. In fact, fireworks and other loud noises can even make it a nightmare. And, while our family furballs have the commodity of hiding under the bed, shelter dogs aren’t so lucky. However, one shelter came up with a brilliant idea to help these homeless pups relax through the blasting holiday.

“When they have these noise phobias, it’s horrible,” noted veterinarian Marty Becker said. “A lot of times these dogs will self-mutilate. I’ve had dogs come in that have run through a plate-glass window. They think they’re going to die, and when you think you’re going to die, you do crazy things.” 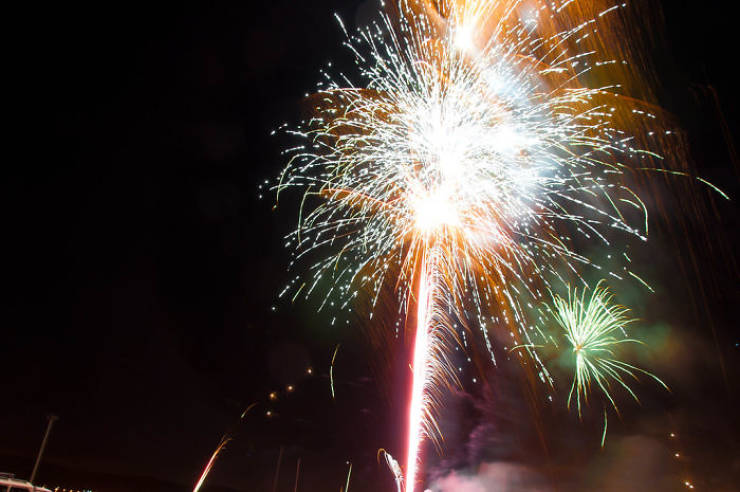 “Calming the Canines,” at Maricopa County Animal Care and Control (MCACC), is a new Independence Day tradition — and it’s proving that nothing is as patriotic as kindness 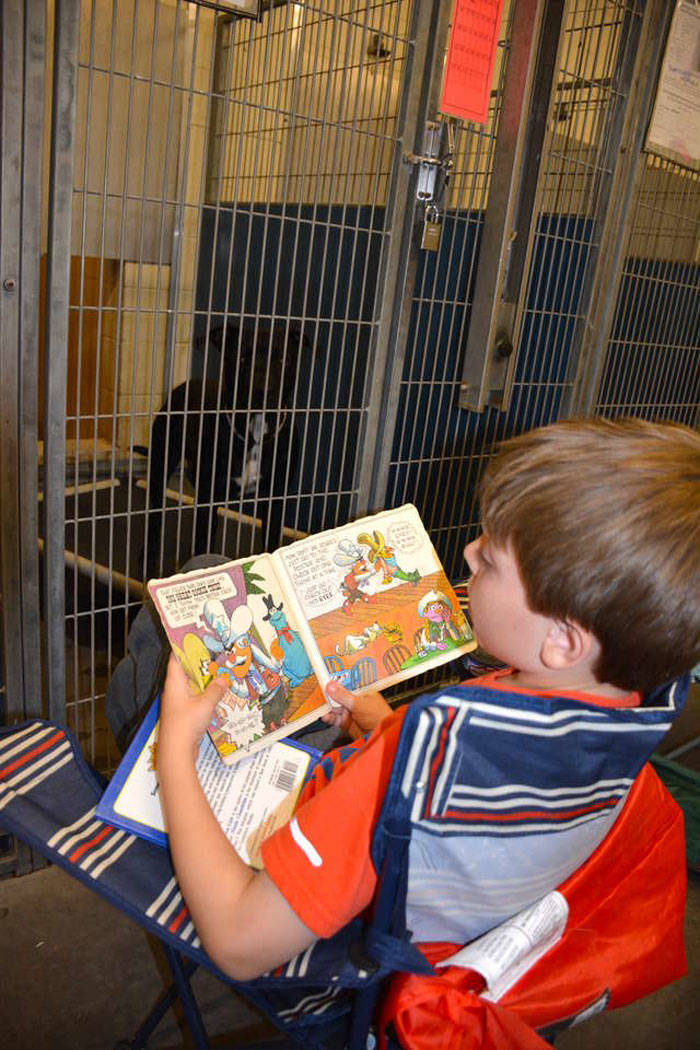 Last year, over 300 local community members showed up at the shelter’s two locations around Phoenix, Arizona to comfort the scared dogs.

“It was overwhelming to see how the community responded,” Ben Swan, the shelter’s development director, said in a press release. “It really helped spread our message that MCACC is here to help.” 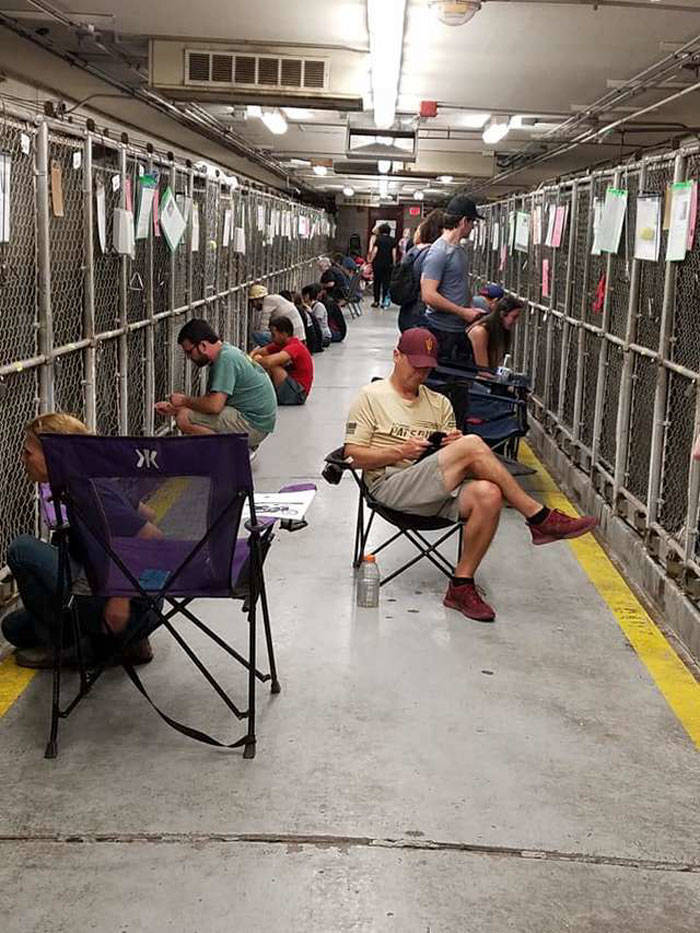 Amy Engel, who is in charge of the AZ Dawg Saverz Facebook page and attended Calming the Canines last year, said that she definitely plans on attending this year as well. 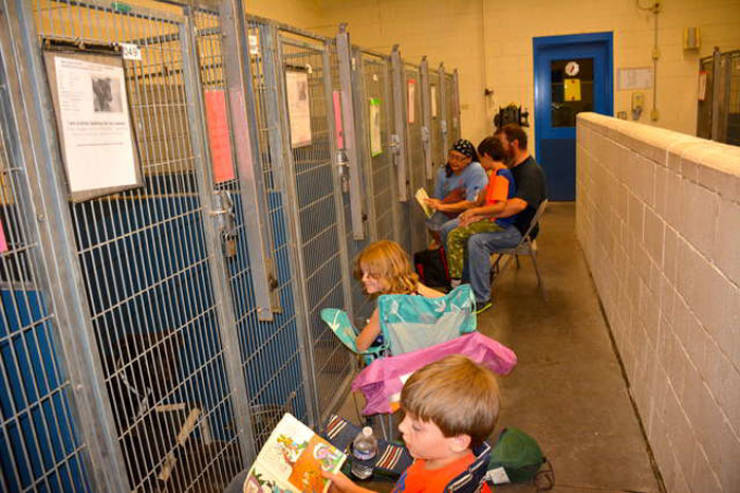 And it wasn’t just a one-time thing. After the event, people have developed a lasting bond with the dogs that they looked over.

“Many participants developed lasting relationships with the shelter, returning to provide foster care, adopt a pet or volunteer,” the MCACC wrote.

This year, shelter staff hope that the kindness will spread even wider, and even more meaningful connections will be made. 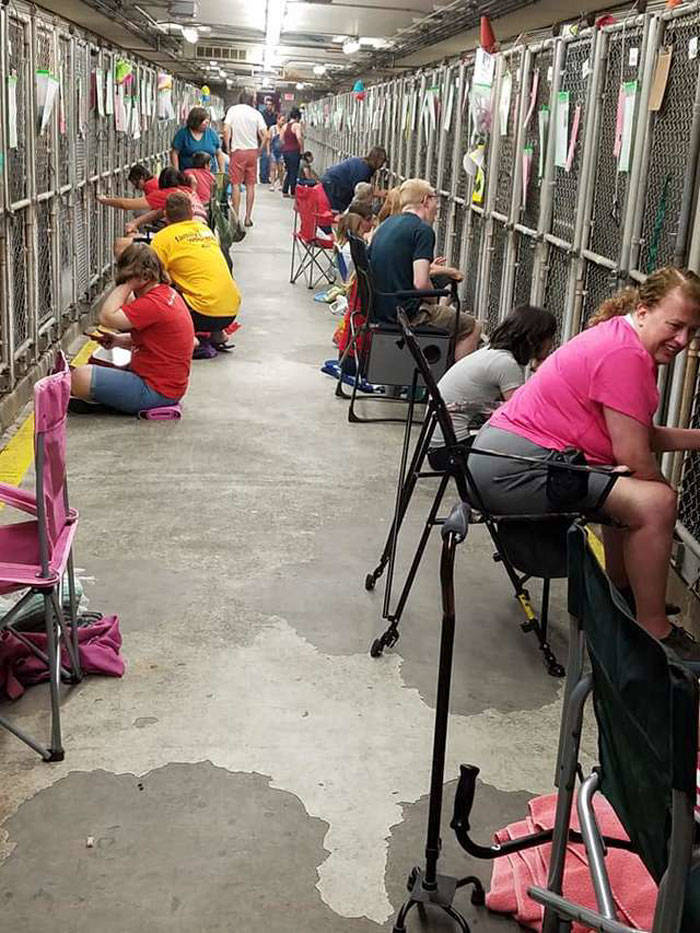 Action 1 year ago
if they set it up that you take a shelter dog and the government paid the food bill for the dogs life time that would be one of the few things i think id be happy to pay taxes for. well if humans didn't try to take advantage of it.
Reply
1

Devoted 1 year ago
If it's government (your) money, I guarantee humans would try to take advantage of it.
Reply