“I’ve had [the iPhone] listed for sale for a few days, maybe 3 or 4. I got a lot of messages from different people; a lot of weirdos, but no one as weird as him” 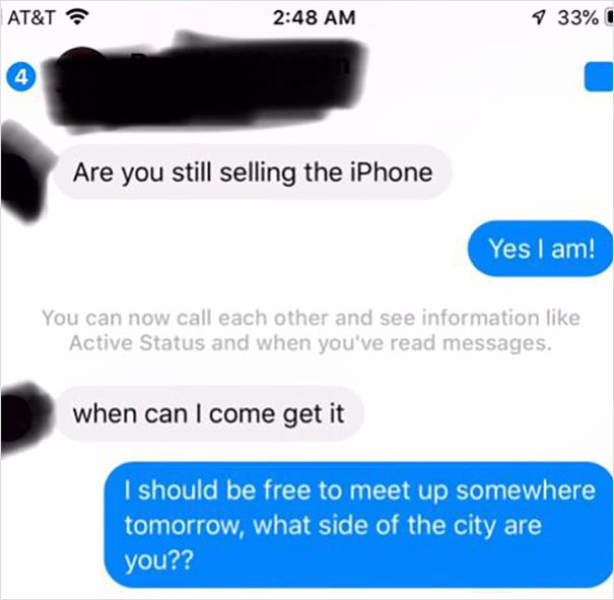 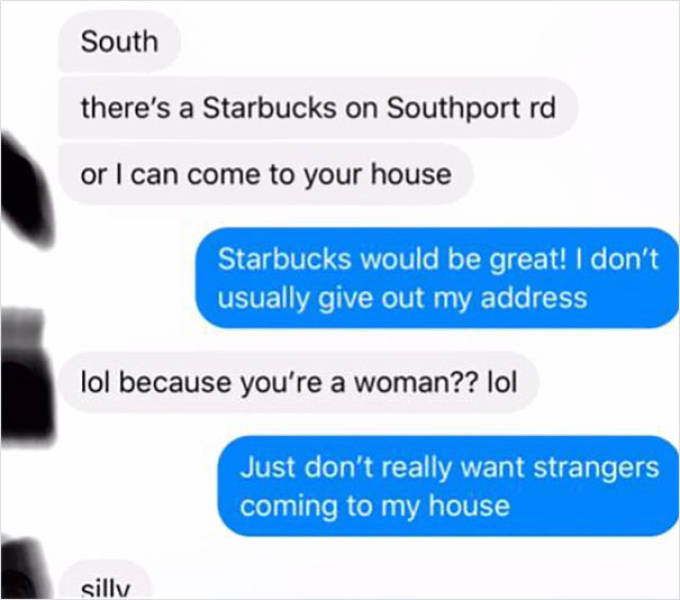 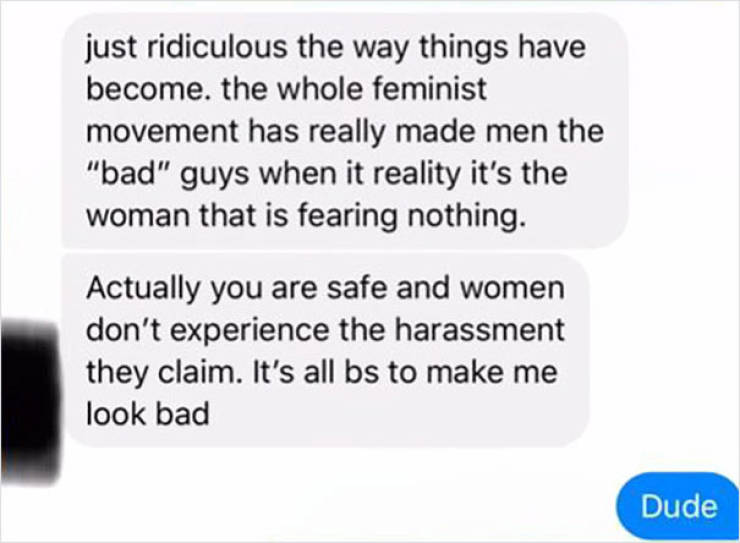 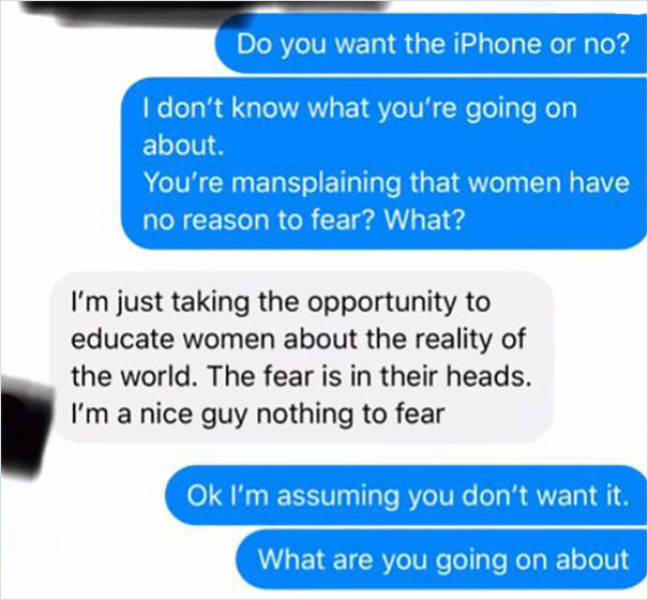 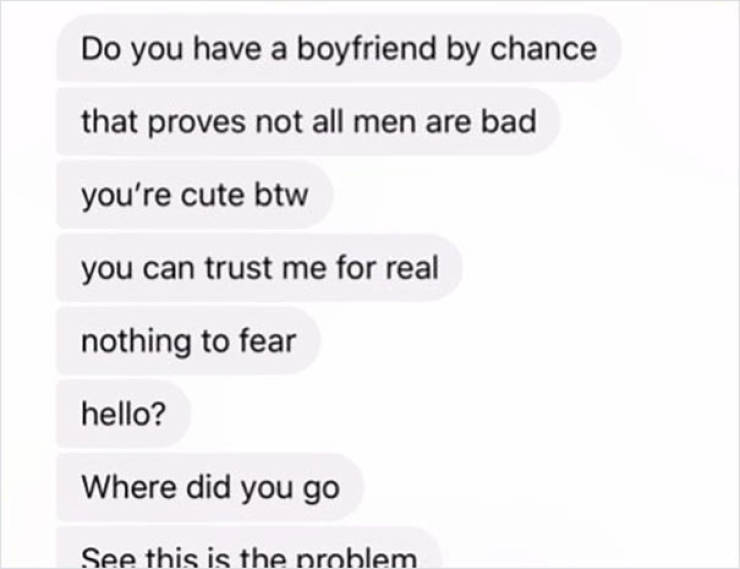 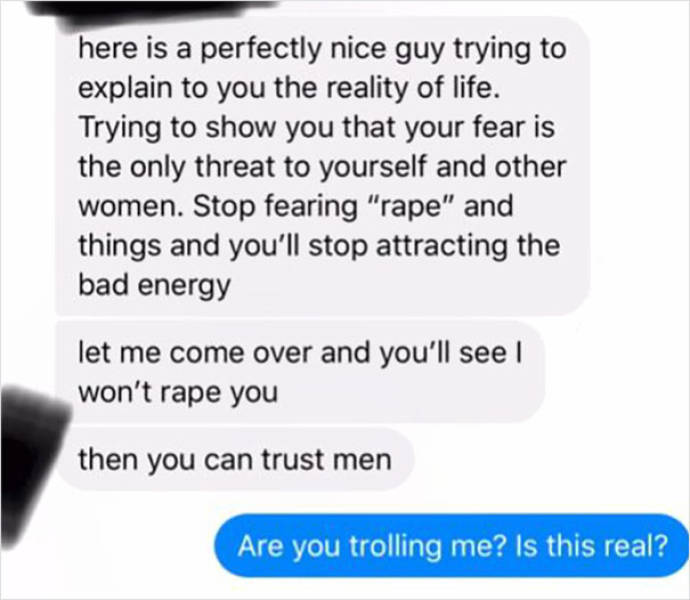 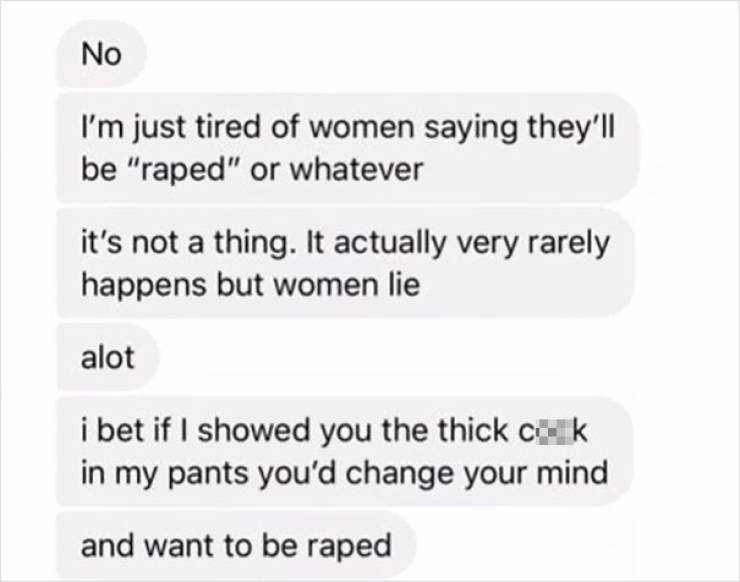 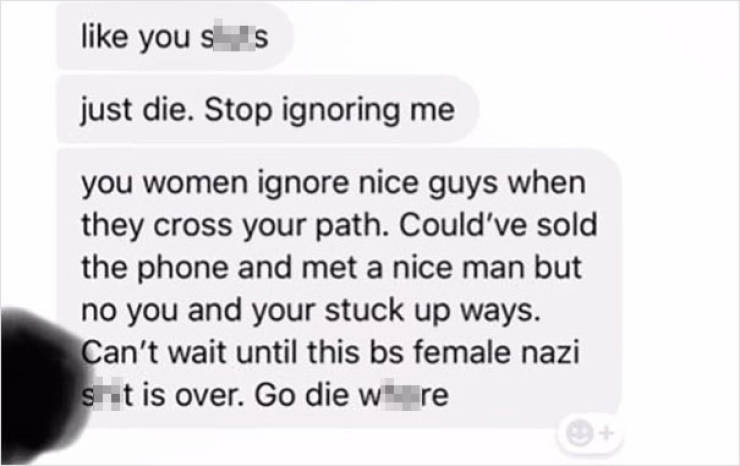 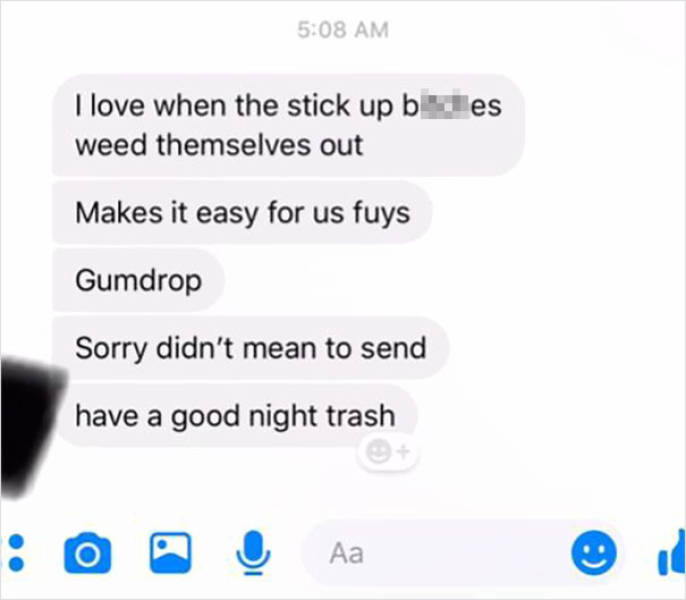 “I realized something was wrong with him as soon as he said the part about being scared ‘because you’re a woman,'” she said. “But there are so many weirdos online that I was ‘eh, ok so he’s a little sexist, it’s fine, I’ll sell the phone and never talk to him again.’ But then of course, it got way weirder.”

Amber has already blocked him,  but his descent into madness was so quick, she was completely stunned. “It was like a train wreck I couldn’t look away from.”

“I would like to add that a bunch of men got offended by my use of ‘mansplaining’ and I think that’s messed up,” Amber pointed out. “Here there’s a guy literally saying rape doesn’t happen and that feminists are Nazis, but they’re choosing to be offended by a word. It’s not a word I use daily; I just knew with a guy like him, it would get under his skin.”

The good news is, at least she sold the phone. Not to him, of course.

Emailed 11 month s ago
Even creepier: imagine her selling him the phone that still somehow contained her personal information?! just yikes...
Reply
-1

salamoon 10 month s ago
what a nice guy