Life Of A Toad Living In A Dollhouse. What Else Do You Need? 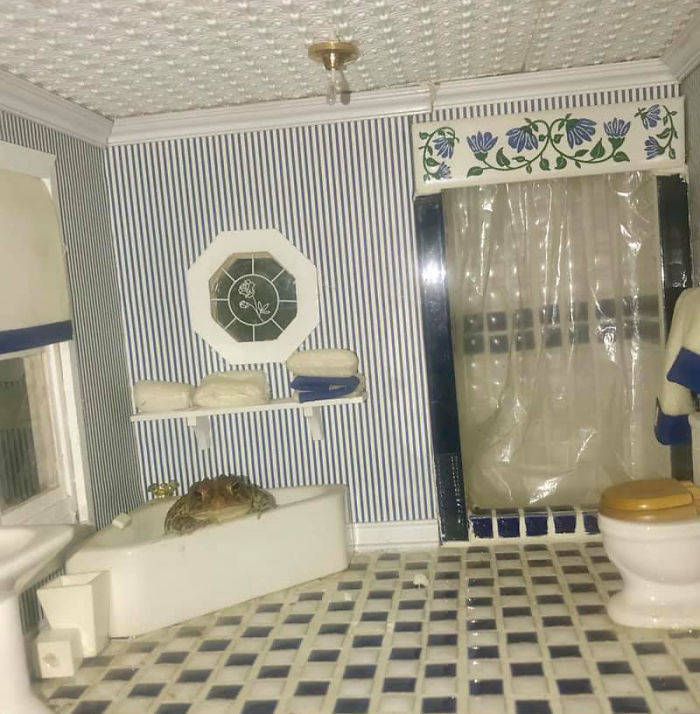 23-year-old Savannah has seemingly allowed Toby to move into to her dollhouse (which she happily admits that she still plays with), and the pics of him chilling on the bed, playing the piano and sitting down for a nice meal are just melting everyone’s hearts.

“It’s a dollhouse that was made for me when I was 6,” she told. It was made by my aunt who is a professional doll house builder.” 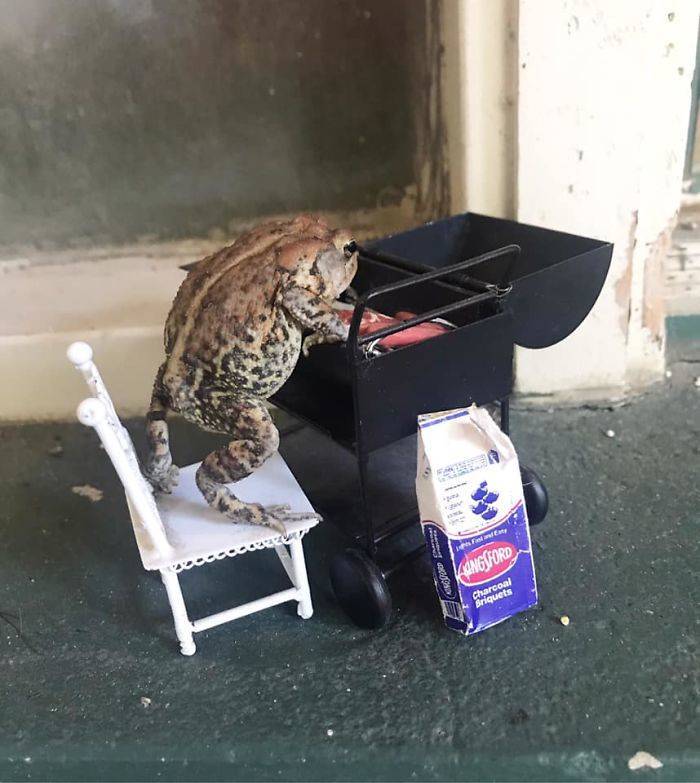 However, as much as we’d love to believe that Toby has settled into his bachelor pad, the reality is that he’s more of a free spirit who comes and goes as he pleases. 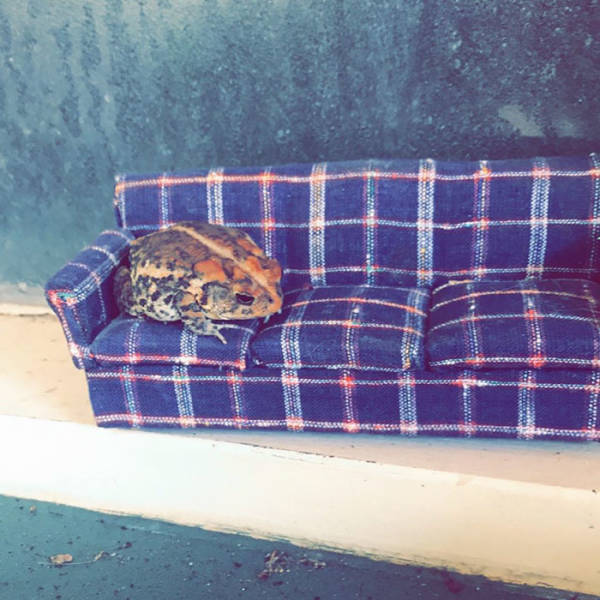 People have been asking about Toby and how happy he seems to go along with the fun. Aren’t toads supposed to be a little, you know, jumpy?

“He’s very chill, he doesn’t mind being held and sometimes I feed him bugs so he knows I’m gonna feed him when I see him.” Cute, isn’t he? Savannah began uploading the pics on Frogspotting a while back along with simple, funny captions describing exactly what Toby is up to. Everyone was immediately taken by them and piled on in with the witty comments. I mean, who could resist young Toby’s charms? 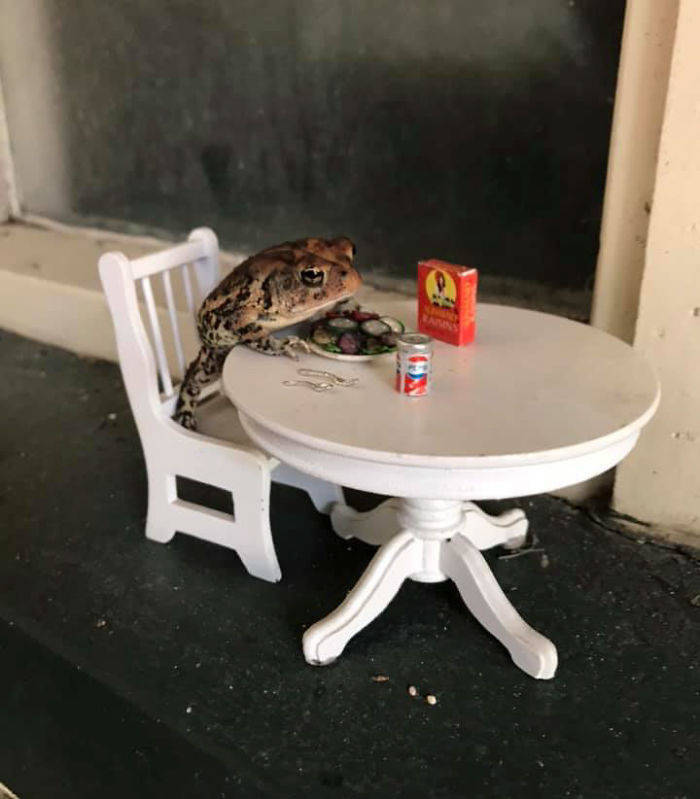 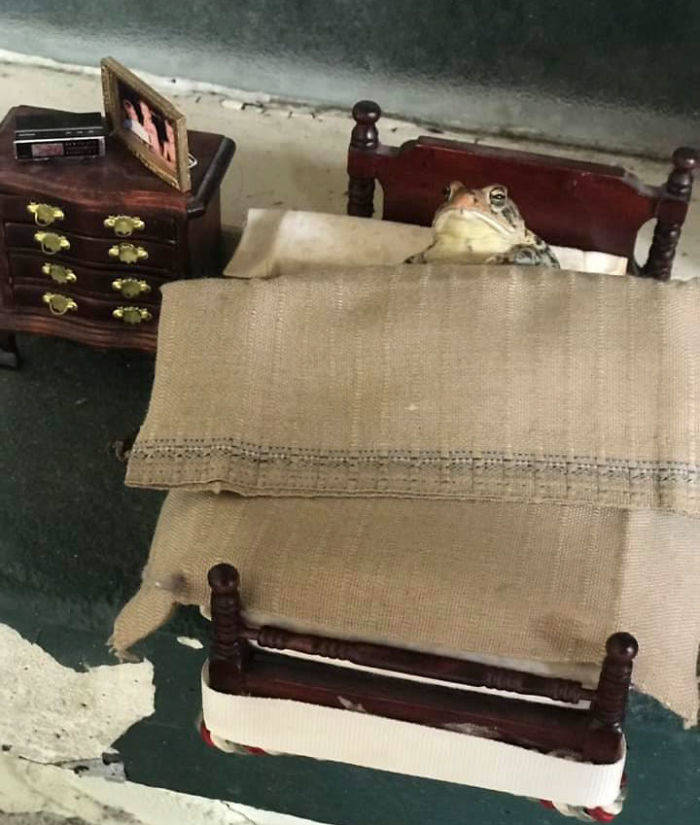 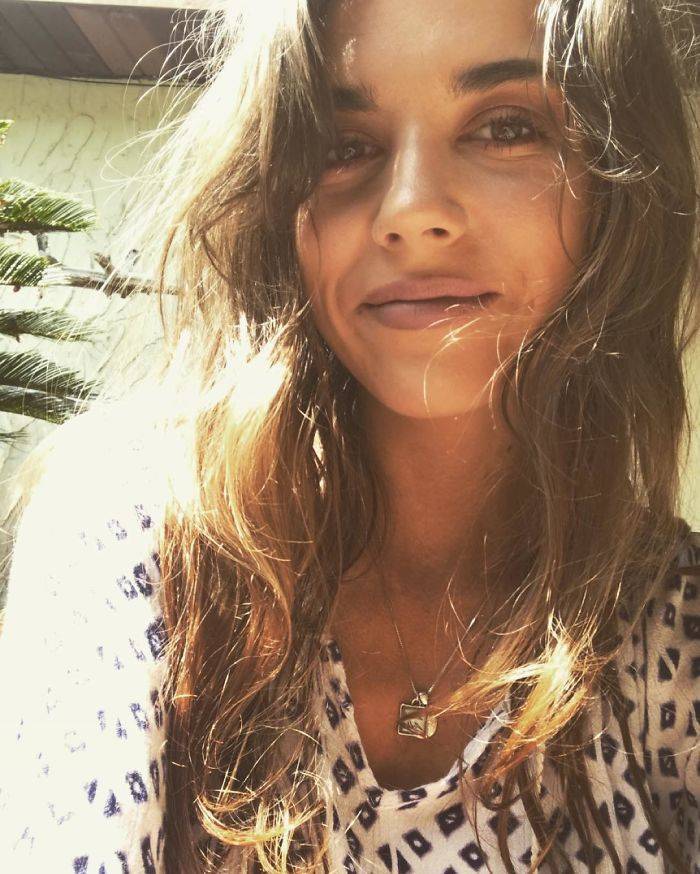 What do you think? Have you ever caught a wild toad to keep as a pet? According to WikiHow, wild toads don’t make great long-term pets, but they are “relatively cheap to care for and can be fun to look after for a while.” So make sure it’s legal in your area, and go for it! Just make sure to read up on their needs!