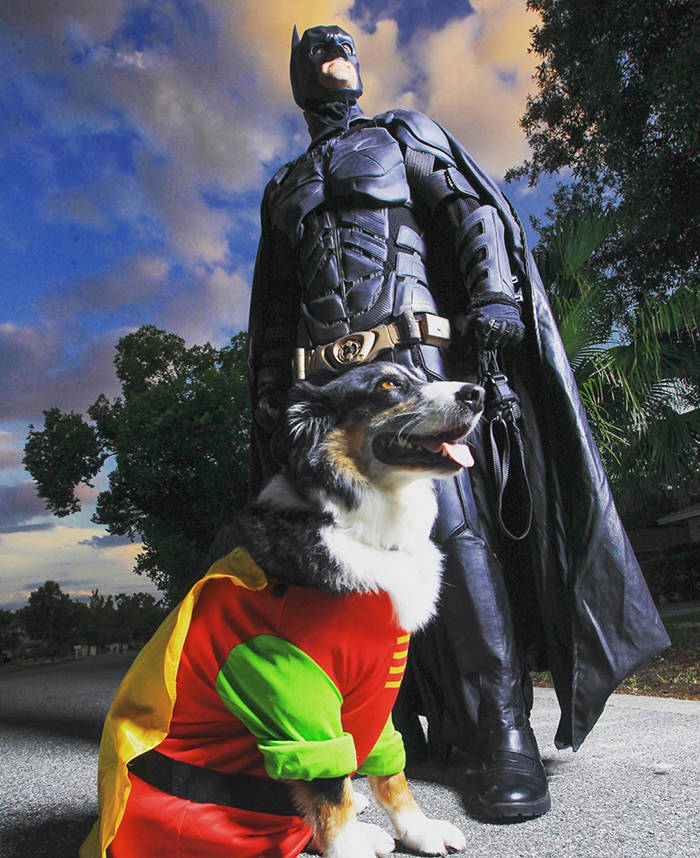 Initially, Chris used the Batman costume in order to keep his superhero missions anonymous (such a classic superhero move!). However, the good deeds of the 27-year-old brought his identity into the limelight after GoFundMe announced him as their ‘Hero’ in May.

A 27-year-old animal lover, Chris Van Dorn, is hiding behind the hero mask 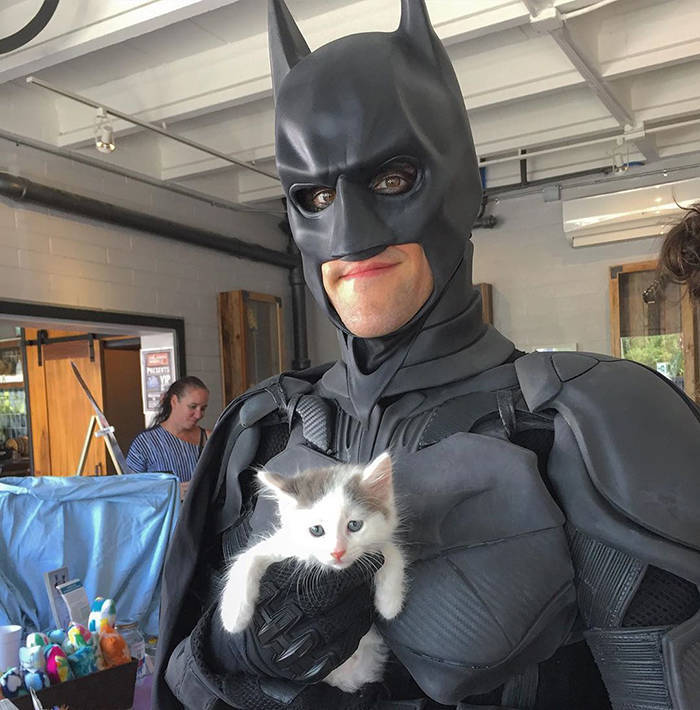 Chris launched a nonprofit organization, Batman4Paws, back in 2018. Since then, he has embarked on numerous journeys all across the country in order to rescue animals from euthanasia and find them a forever home. 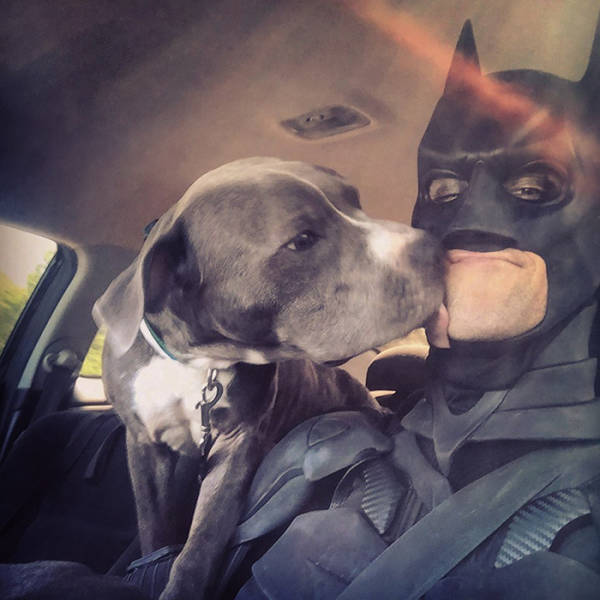 The real-life Batman drives a humble Honda Accord but is hoping to meet a benevolent person who could donate a bigger van to be able to take more animals on his rescue missions. Chris also hopes that his pilot’s license will one day aid him to use air travel as a more efficient means of transport for our furry friends.

But one day, Chris is hoping to upgrade his transport so that animal rescue missions could be more efficient 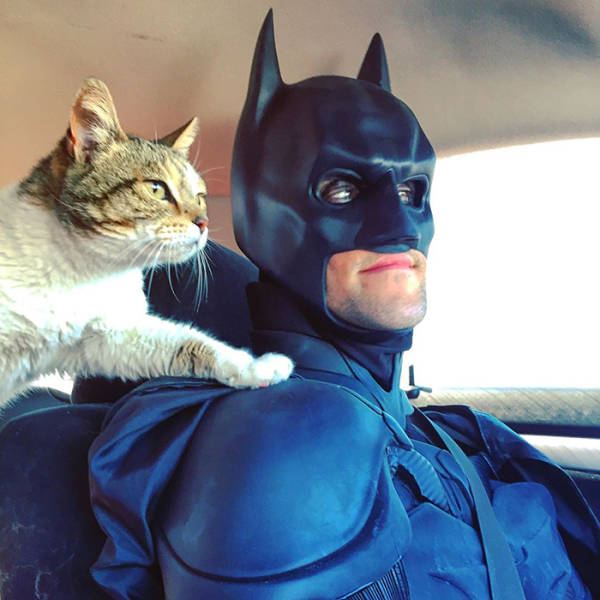 “As a child, I looked up to the values that superheroes such as Batman reflected and thought that would be the perfect vessel to embody the spirit of goodwill. Thus, the crazy idea of Batman4Paws was born. I would help rescue animals in need anyway I can, all while dressed as the Dark Knight himself and becoming a symbol for helping those in need,” Chris writes on his GoFundMe page.

“I would help rescue animals in need any way I can” 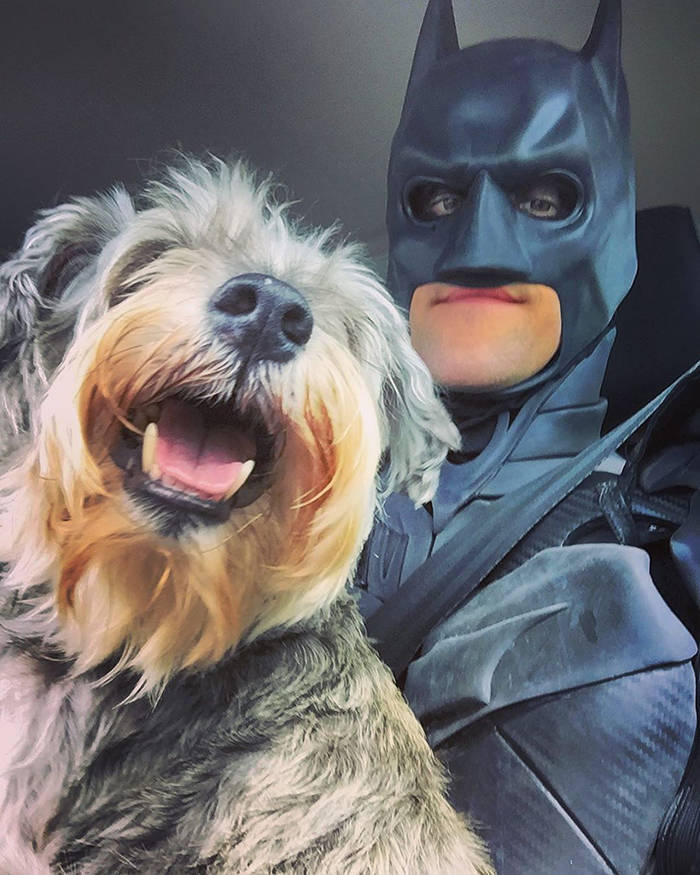 “To make my dream a reality, I established Batman4Paws as a non-profit organization to rescue and transport dogs, cats, and other animals in need to forever homes, no-kill facilities, and foster homes throughout the state of Florida and beyond. Transports are done personally by me (Batman!) using any means necessary, although I prefer to fly.”

Batman usually operates within a 500-mile radius of his home in Orlando, Florida 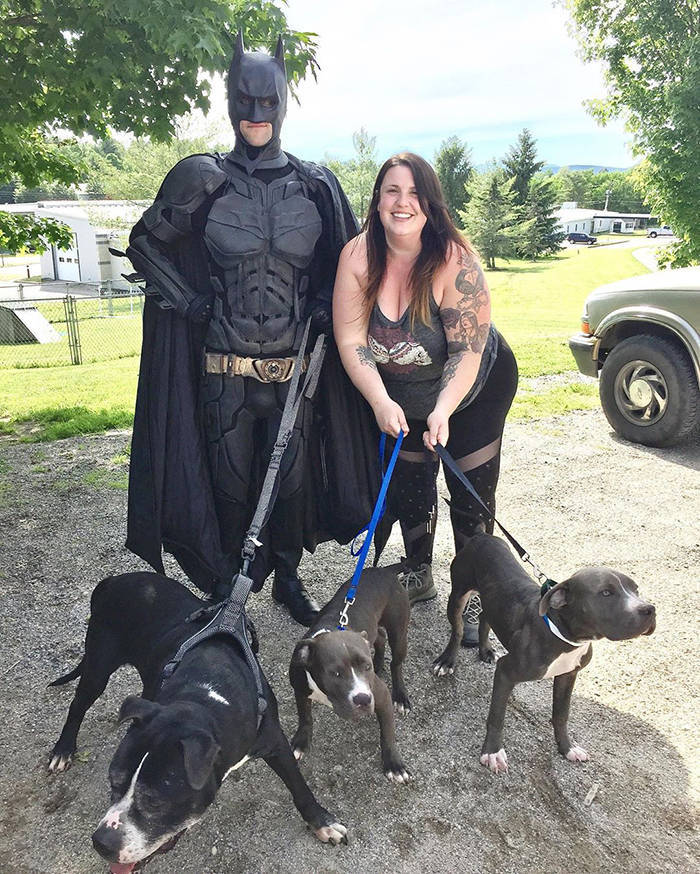 Batman gets his requests via modern means of communication – email, phone or social media platforms. Since Batman is working on the weekends, the usual transport days for him are Monday, Tuesday, and Wednesday. “Once a transport day is set and the furry friend has all their paperwork, he picks up the animal in need and brings it to safety,” his official Batman4Paws site writes.

However, the superhero is willing to travel further to help those in need 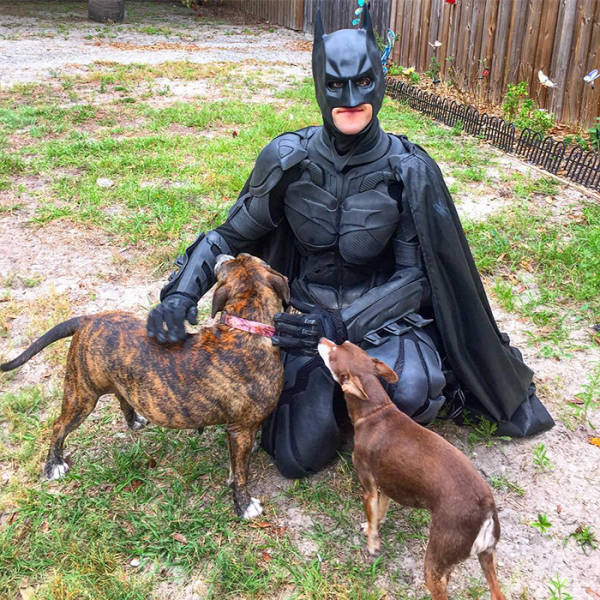 “He likes to stay within 500 miles of his home base in Orlando, Florida but has been known to extend his ring of service if the need arises and he is available to make it happen. He’s gone all the way to Vermont and back before! He hopes to expand his reach as his rescue grows,” says his official Batman4Paws page. 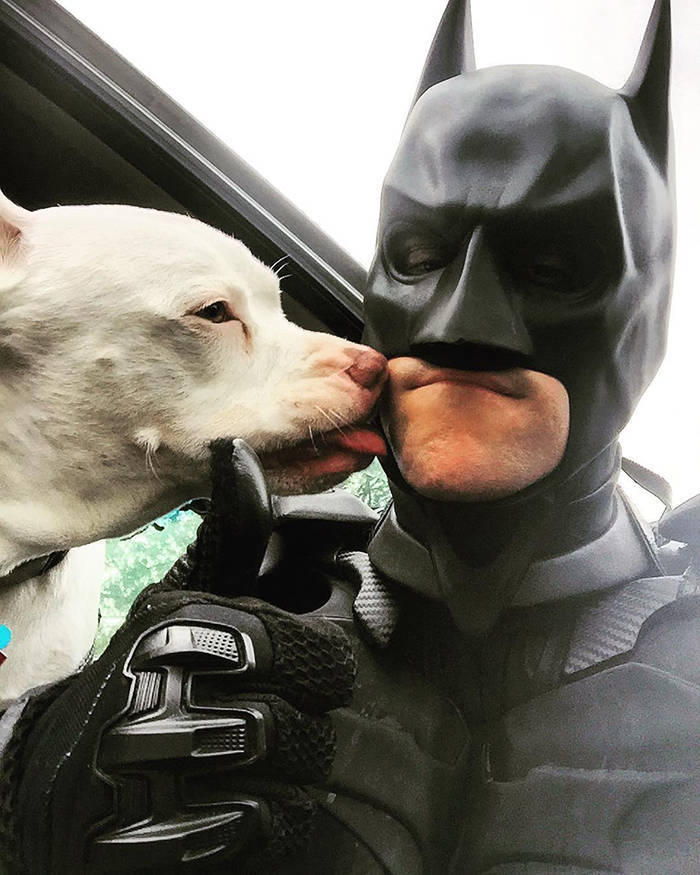 Chris says that he understands that dressing up in a costume isn’t necessary to save a furry friend’s life, however, it helps him to open up a dialogue about the importance of adoption and fostering.

But the 27-year-old remains humble about his good deeds 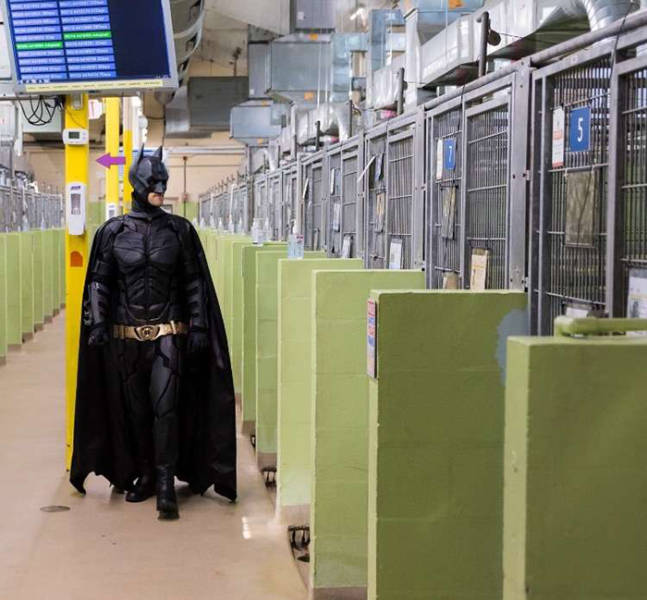 “I would say I’m just the middleman,” Chris recently told the media. “The real heroes are the people giving these dogs a good, loving home.” 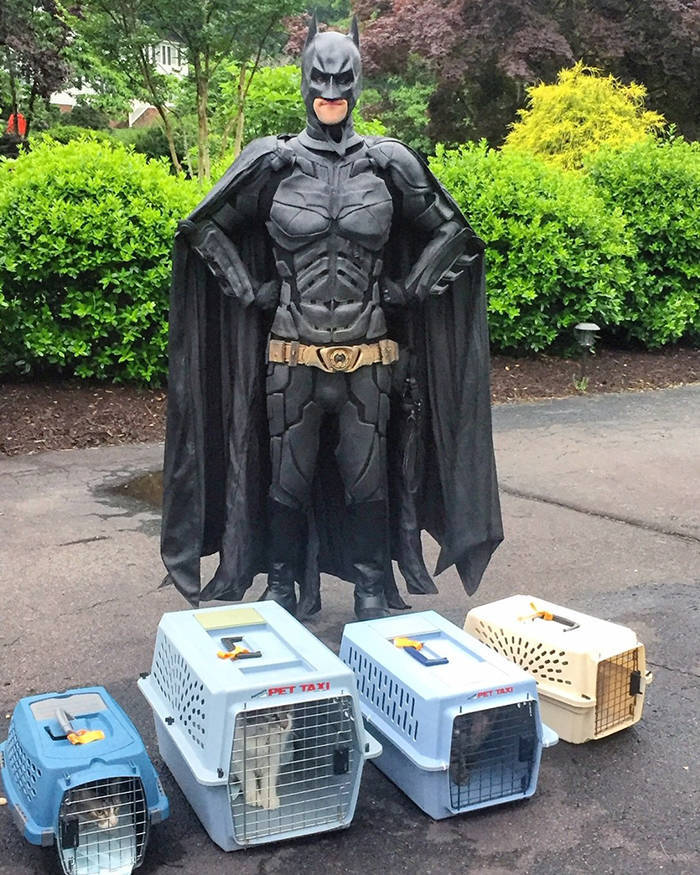 Pretty 10 month s ago
With or without a cape, he's a hero; euthanasia means killing.
Reply
0

Skeleton 10 month s ago
I'd rather an animal be put down by euthanasia than skinned alive and grilled for food in Korea. At least euthanasia is humane.
Reply