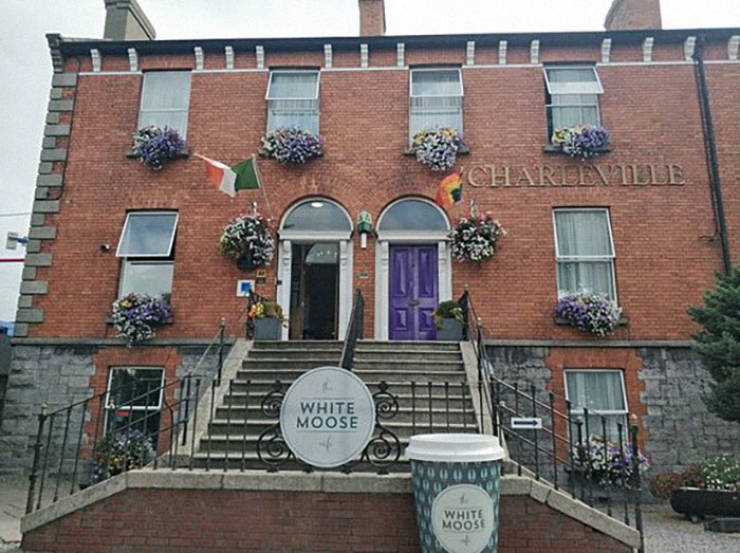 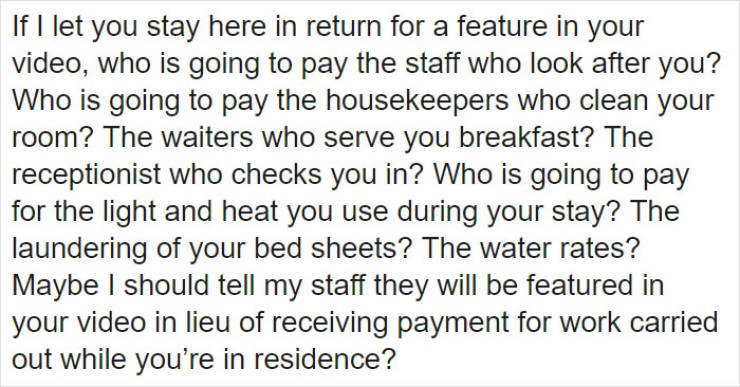 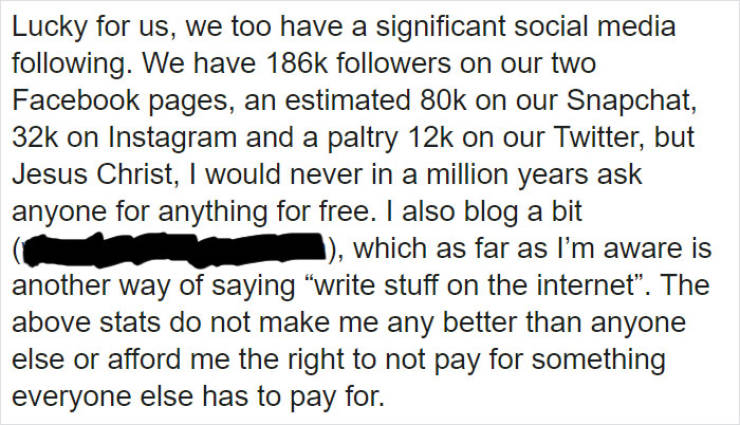 Mr. Stenson’s sharp rebuke garnered a huge reaction online, with many people supporting his stance against an industry that we haven’t quite come to grips with yet. Many people see influencers as talentless freeloaders shamelessly hawking products with little more to offer than their looks, and this was reflected in the comments.

Unfortunately, some people took it way too far and Ms. Darby ended up on the receiving end of a torrent of disgusting abuse.

“My issue was not with the refusal of my request but with how he reacted,” she explained in an emotional YouTube video. “A very simple way to have gone about it would have just been a ‘no’ or for the email to be ignored instead of me having death threats and cancer wishes.” 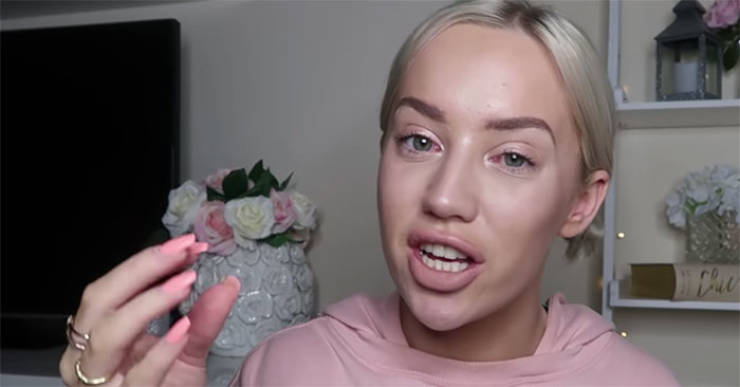 Ironically, in his quest to expose the ‘exposure’ culture,  an unrepentant Mr. Stenson got more exposure for his business than he could’ve possibly imagined. 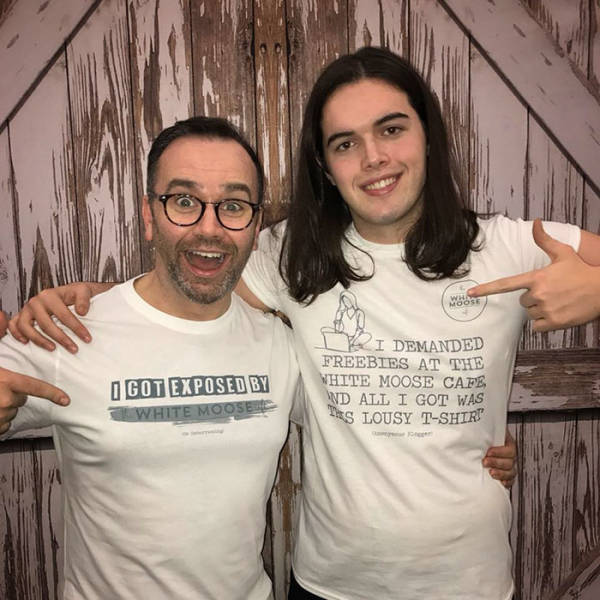 As influencers united to defend their industry and condemn his attitude, Mr. Stenson upped the ante by announcing a complete ban on influencers, saying that any that try to enter the premises would be “ejected.” 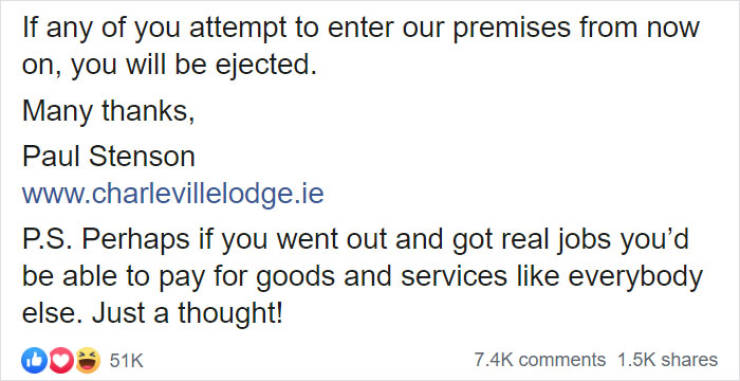 He also sent Ms. Darby a mock ‘bill’ for all the exposure his actions had earned, just to further his point. 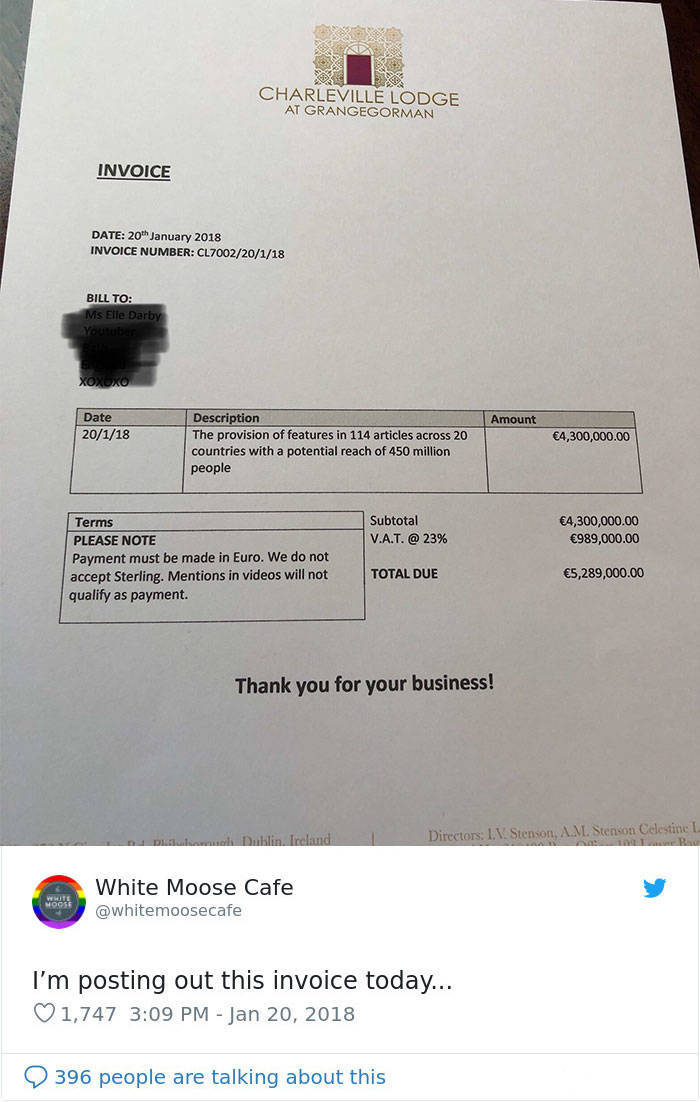 Mr. Stenson is no stranger to controversy, having made the headlines for several instances of social media outrage. His tongue-in-cheek, no-holds-barred communications sharply divide people, with some applauding his honesty and biting humor, while others consider him to be somewhat of a bully.

He once left an insane guest directory in the rooms of his hotel, with the following warning about hairdryers:

“If you try to steal the hairdryer from your room, you will be in for a little surprise. There is an explosive device installed on the inner wall of the hairdryer chamber, if you attempt to remove it from the room, the anti-theft system at the front door will detect the hairdryer in your bag and detonate the explosives, killing you and anyone around you.” 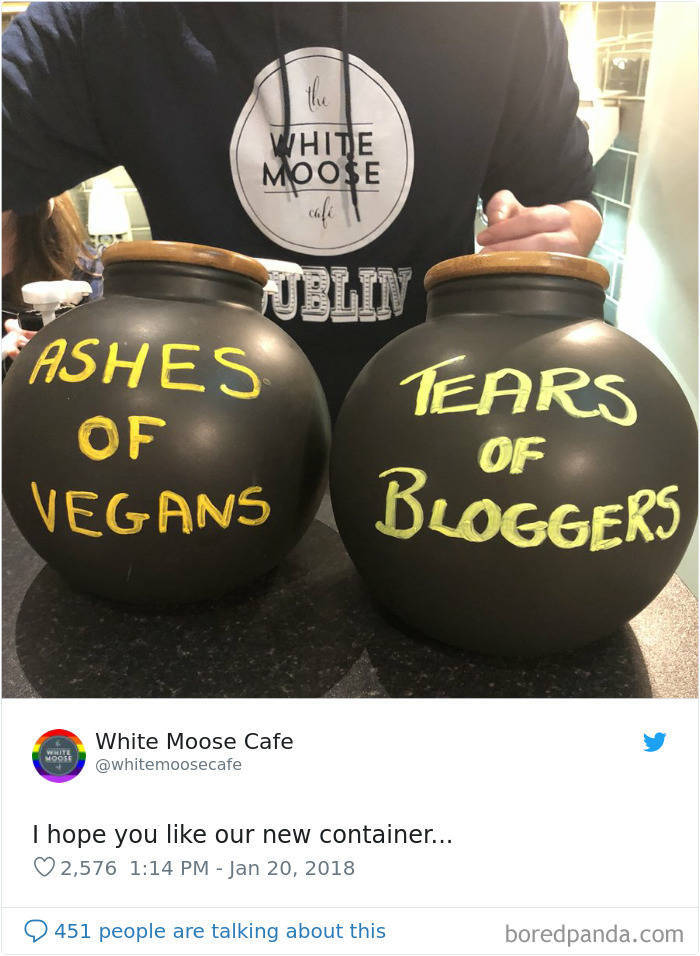 He also took on vegans after they reacted negatively to one of his tongue-in-cheek posts, issuing this ban on the entire ‘vegan population:’

“Given the torrent of abuse and unjustified negative reviews we have been receiving from the vegan population over the past 24 hours, all vegans are now barred from our café. Any vegans attempting to enter the café will be shot dead at point-blank range.” 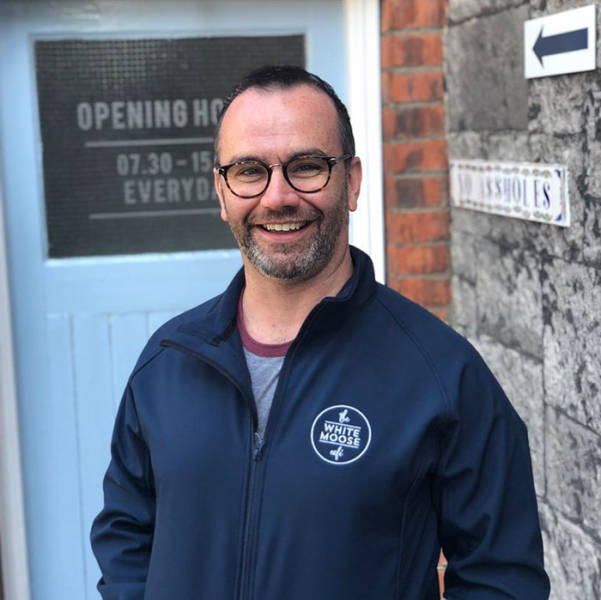 Add Ed Sheeran fans to the long list of people that Mr. Stenson has insulted, and you wonder how long this can go on. Business still seems to be good, however, and Mr. Stenson is unapologetic about his manner of communication on Facebook.

“It’s not nasty, it’s funny, it’s a joke and not meant to be taken any other way,” he said. “Facebook is not a place for professionals, it’s a place for fun and engagement and having a laugh.”

“We filter out the people who can’t have a laugh via Facebook, I’d much rather have our 30 rooms occupied by happy people.”

Domestic 1 year ago
My hero!
Reply
-9

Driving 1 year ago
A simple "thanks but no thanks" answer would have sufficed. It appears that Mr. Stenson is something of an [email protected]#$$%e.
Reply
4

Other 1 year ago
Absolutely brilliant man!

salamoon 1 year ago
influencer - i cant do anything, but i want everything for free.

great response from the owner