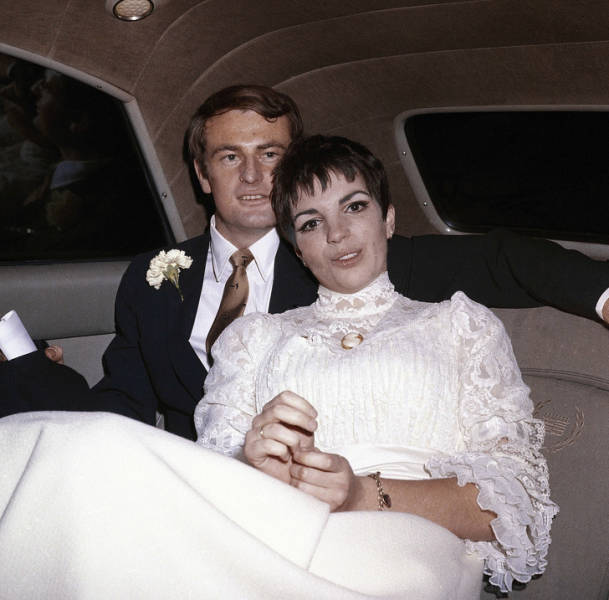 The star of many musicals, Liza Minnelli and Australian singer, Peter Allen were introduced to each other by Liza’s mother, famous Hollywood actress Judy Garland. In 1967, they got married. Peter was a great son-in-law for Judy: he was good to her daughter, he was polite and respectful, and he even helped them with their financial situation. But there was no happy ending for this marriage: in April 1970, the couple announced that they were going to break up. The reason was most likely that Peter preferred men instead of women. 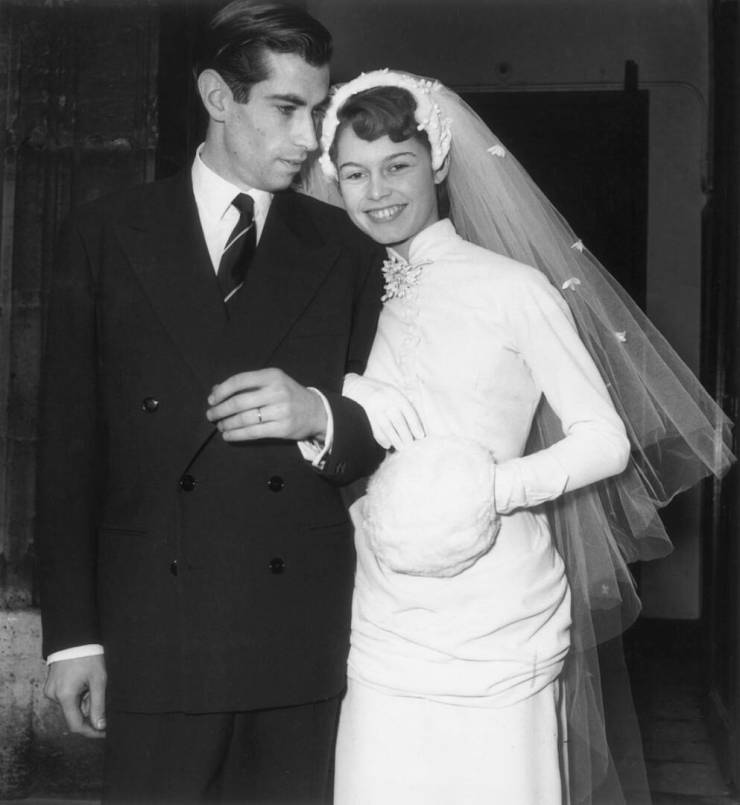 The French actress first got married when she was only 18 years old. Her husband was movie assistant Roger Vadim. His debut film And God Created Woman with Bardot in the leading role made her a superstar and him — a successful director. They were married for only 5 years, but remained friends for their whole life. 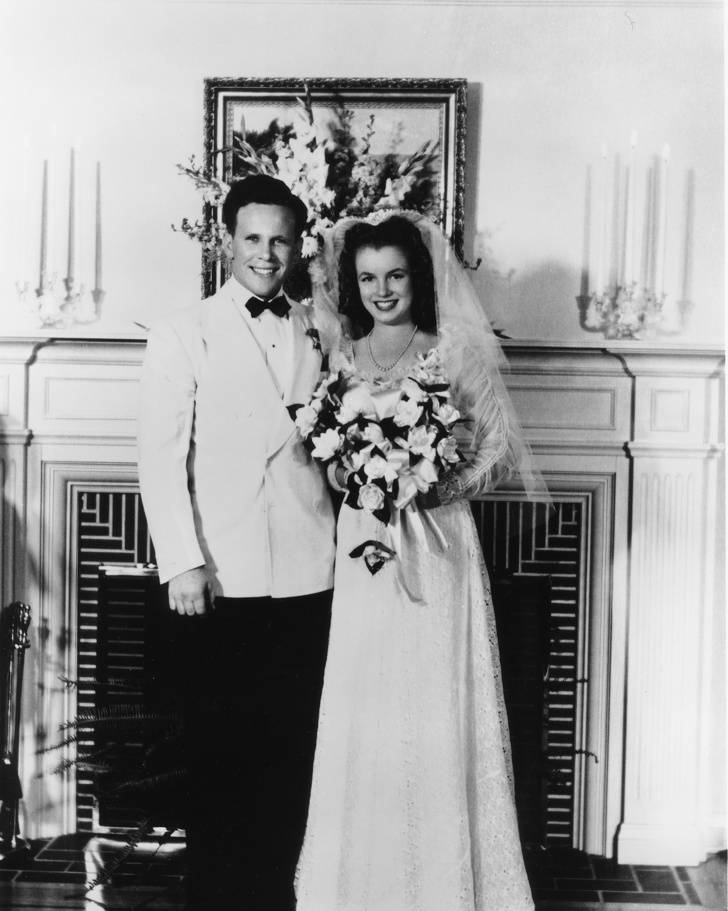 James Daugherty was the first husband of the charming Marilyn Monroe (Norma Jeane Baker at the time). For the 16-year-old girl, the marriage was just a chance to stop being passed from one foster family to another. 4 years later, the future superstar had a successful audition at 20th Century Fox and decided to end her relationship with Daugherty. 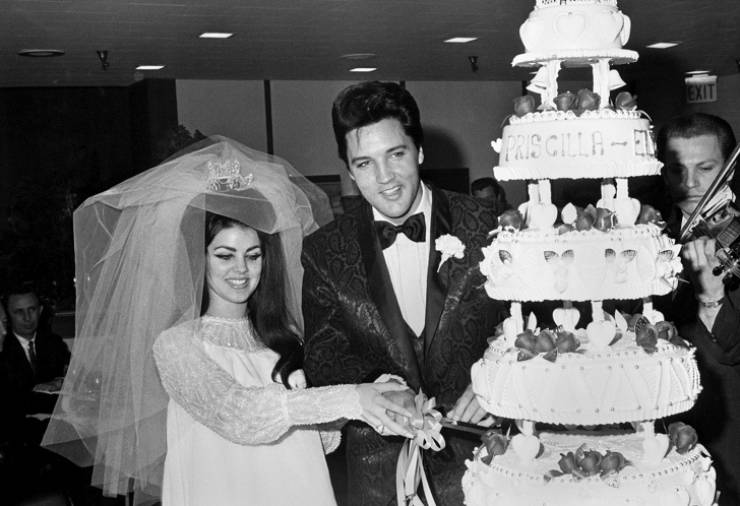 Presley met his only wife and the love of his life, Priscilla Wagner, when she was only 14 years old. In 1967, (when the bride was only 21 years old), they organized a secret wedding at Alladin, a luxury hotel in Las Vegas, where only their closest friends and family were invited. 6 years later, Priscilla decided to divorce the king of rock-n-roll to finally start living her own life. 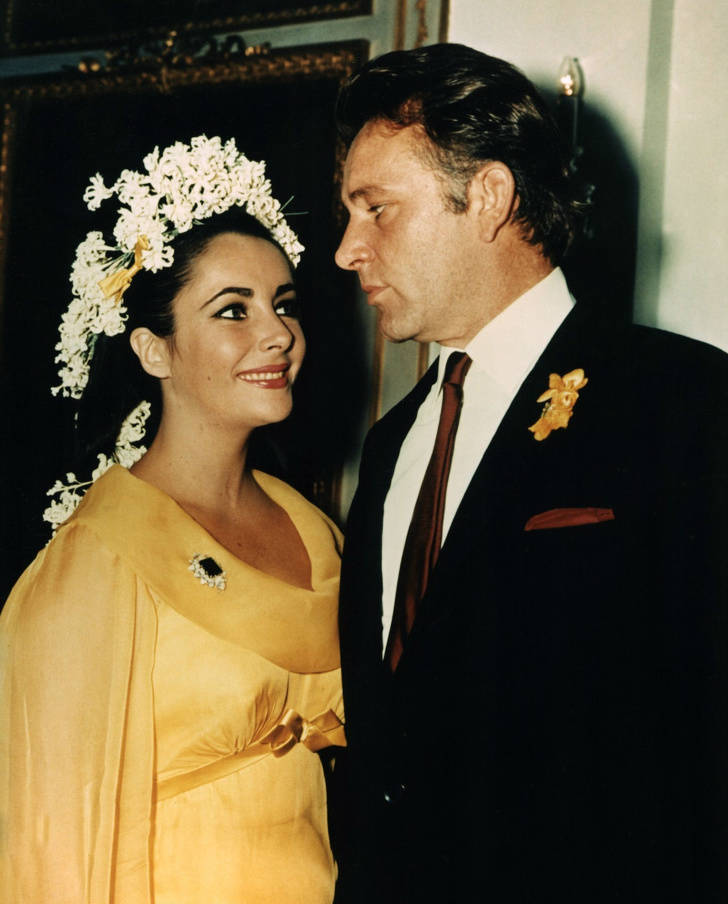 The Queen of Hollywood was officially married 9 times. And 2 of these times, she was married to the same man, Richard Burton. In 1964, just 9 days after Elizabeth divorced Eddie Fisher, the couple had a small ceremony in Montreal, Canada. The details about their relationship were always on the front pages of newspapers, and millions of people were watching their passionate love story. It all ended with a divorce in 1974, which was followed by their second marriage that only lasted for 9 months. 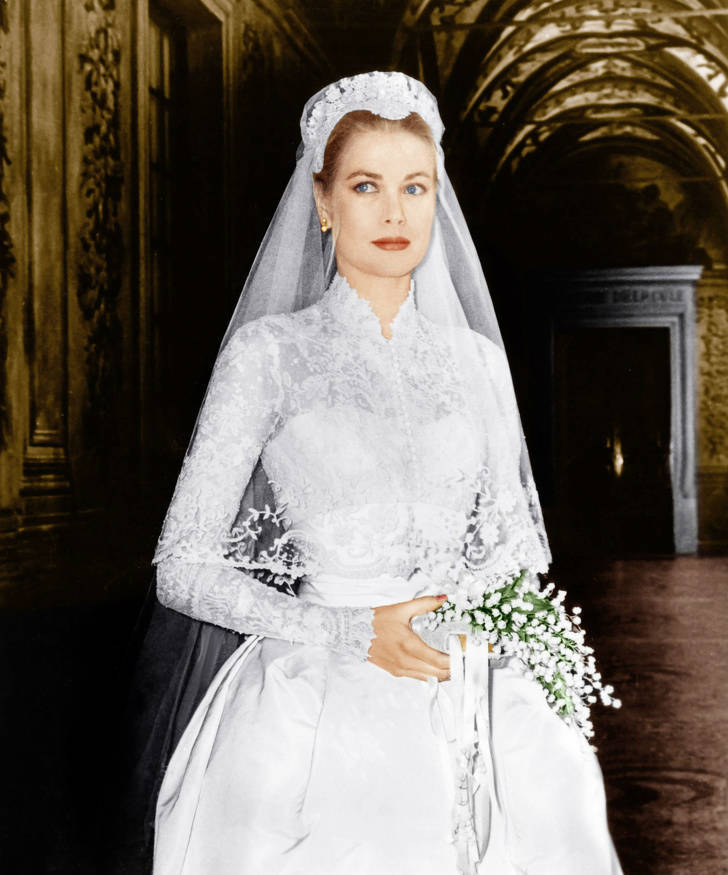 Grace Kelly’s career was at its peak when she met Rainier III, Prince of Monaco at the Cannes Film Festival. Kelly, who was Alfred Hitchcock’s muse and an Oscar winner, left the film industry in the name of love and became Princess of Monaco. People loved Grace, she was the perfect wife, mother, and an icon of style. In 1982, she died in a tragic car accident. The Prince remained a bachelor until the very day he died (in 2005) and he was buried right next to his wife. 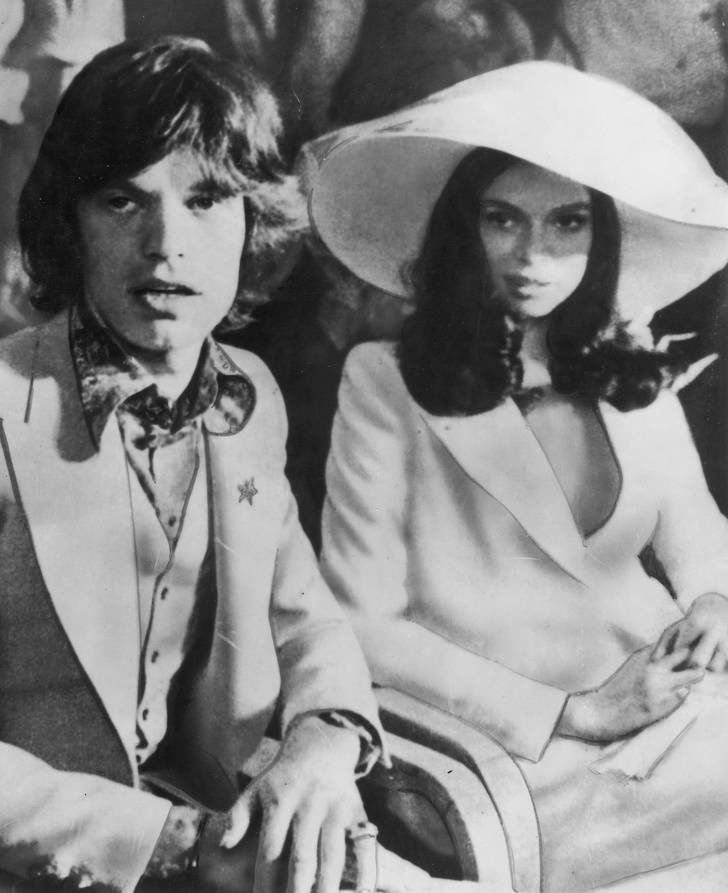 Mick Jagger met actress Bianca Pérez-Mora Macías at a party in September 1970. In May 1971, they got married in Saint-Tropez surrounded by a crazy number of paparazzi. But the rock star’s incessant cheating didn’t give this marriage a fighting chance: in 1978, she asked for a divorced as soon as she found out about Jagger’s romance with model Jerry Faye Hall. Bianca transformed from the wife of a scandalous musician, into a lawyer and a human rights defender. 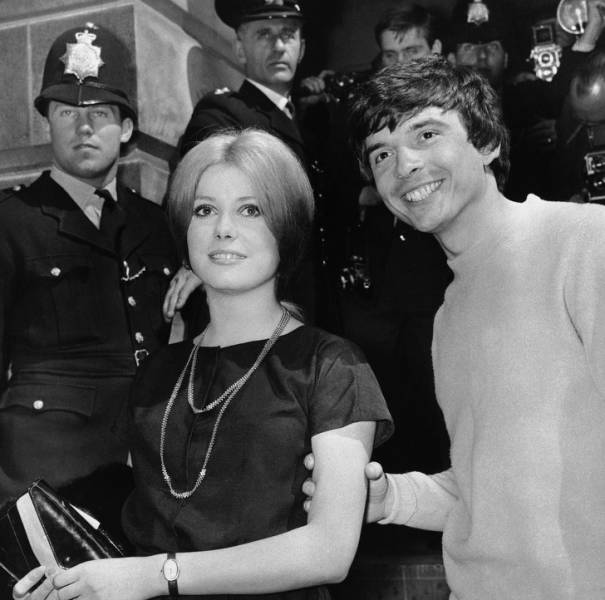 The only official husband of this beautiful and mysterious French actress was London photographer David Bailey. They didn’t make a huge event out of their wedding — they just got married. The bride wore a simple black dress and the groom wore a sweater. The marriage didn’t last long and the reason for the divorce could have been... the language barrier. Bailey wouldn’t even consider studying French and Deneuve was tired of constantly speaking English. 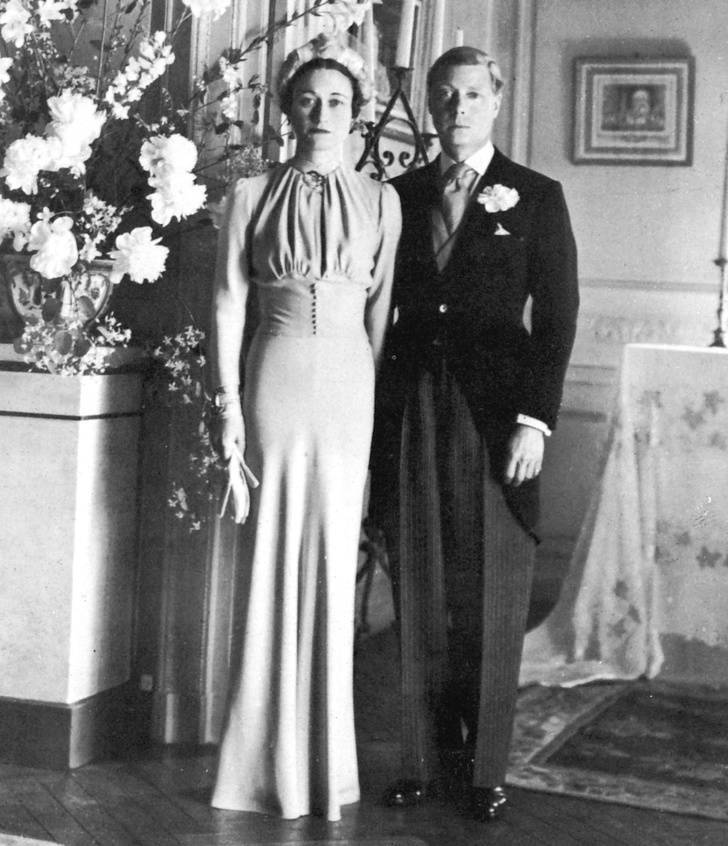 American woman Wallis Simpson, who was divorced twice, couldn’t become the wife of Edward VIII, the King of Great Britain, and he abdicated the throne because he “found it impossible to carry the heavy burden of responsibility and to discharge my duties as King as I would wish to do without the help and support of the woman I love.” The marriage of the couple took place in May 1937 in France. They lived together up until the day Edward died and they were both buried in the royal cemetery at Frogmore, near Windsor Castle. 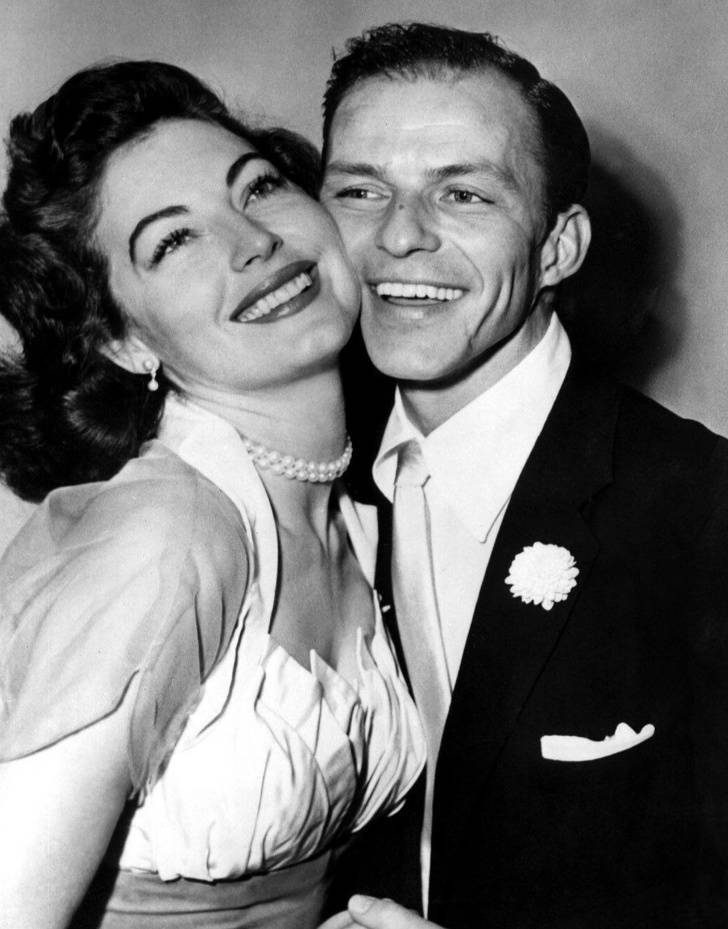 The golden voice of Hollywood, Frank Sinatra, and the popular actress, Ava Gardner, met each other at a movie premiere in 1950. Sinatra broke up with his wife who he had lived with for 12 years and had 3 children with, to be with Gardner. Many people judged their marriage. It wasn’t very good for Sinatra’s career and Gardner took on the image of a fallen woman (which only made her career better). The wife showing off with her success, the constant jealousy, scandals, and other things led to their marriage falling apart after just 6 years. 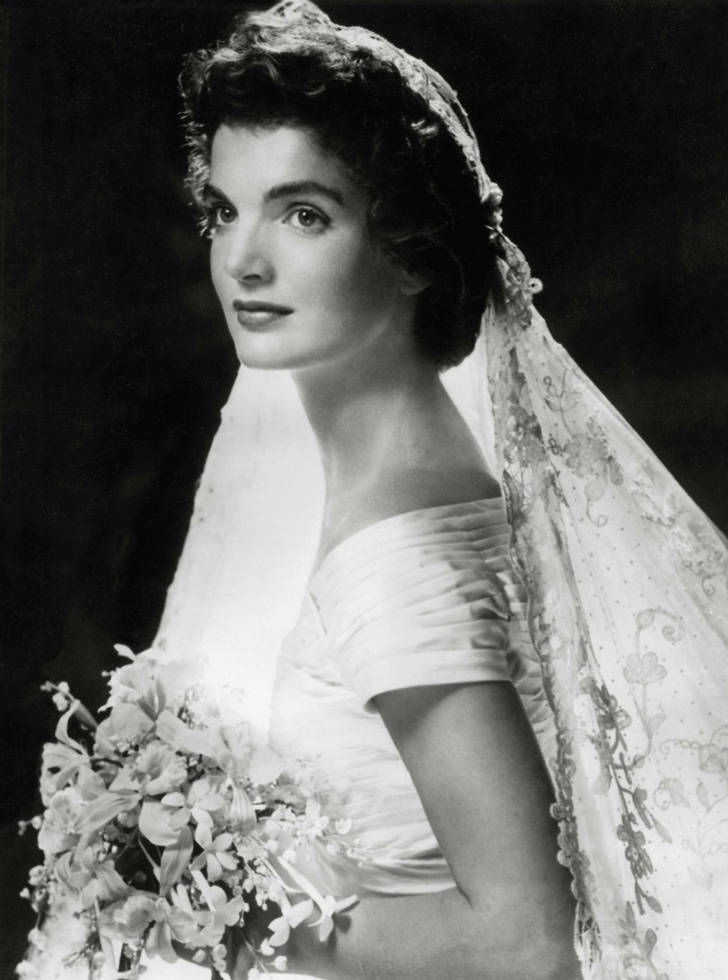 Jacqueline and John Kennedy got married in 1953. Their marriage was the number one event for everyone that year. In 1960, John started his presidential race and after his win in the elections, Jackie managed to attract the sympathy of the public and became an idol for many people. In 1963, during a visit to Dallas, President Kennedy was murdered by a shot to the head while Jacqueline was sitting right next to him. Despite this tragedy, she was able to orchestrate a beautiful funeral ceremony and amazed everyone with her strength. 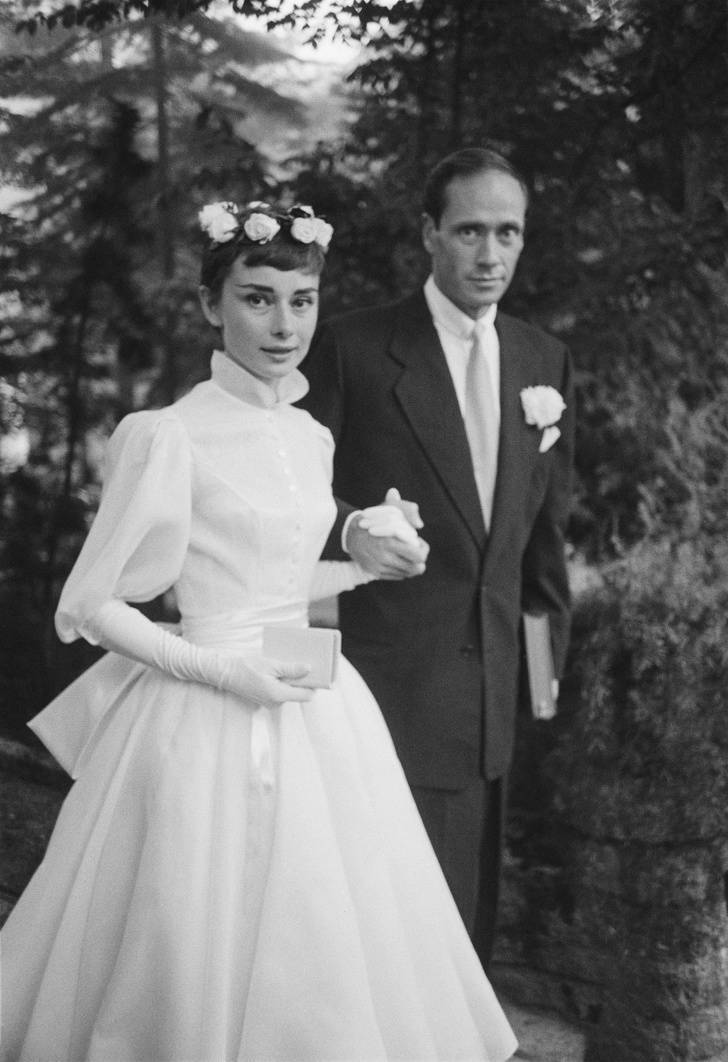 The marriage of actor Mel Ferrer and actress Audrey Hepburn, which lasted for 14 years, can’t be called a successful one. According to some sources, Mel tried to control everything and he was jealous of his wife’s success. The rumors were so powerful that Audrey had to give an interview titled My Husband Doesn’t Run My Career. After 2 miscarriages, Audrey Hepburn gave up her movie career for her family and in 1960, she had a son. But their life together didn’t last for much longer and in 1968, their marriage fell apart. 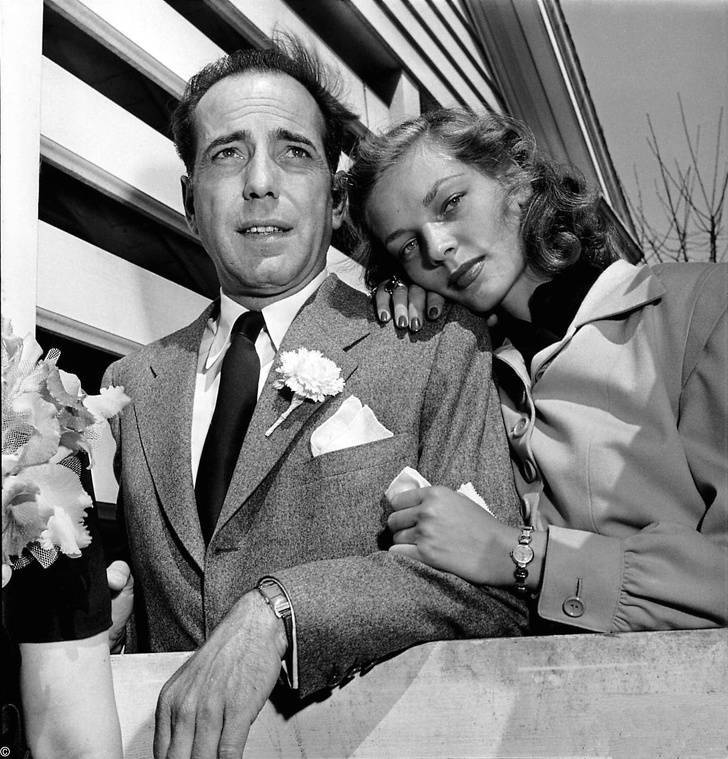 From the moment that they met, Humphrey Bogart was famous and successful and Lauren Bacall had just gotten her first movie role. Their huge age difference didn’t stop them (25 years), nor did the fact that Humphrey was married. Lauren didn’t even listen to her mother, who was totally against the marriage. Right when the actor got divorced, he married Bacall. Lauren left her career and became a loving wife and Humphrey Bogart loved her too. After 12 happy years they spent together, the famous actor died of cancer. 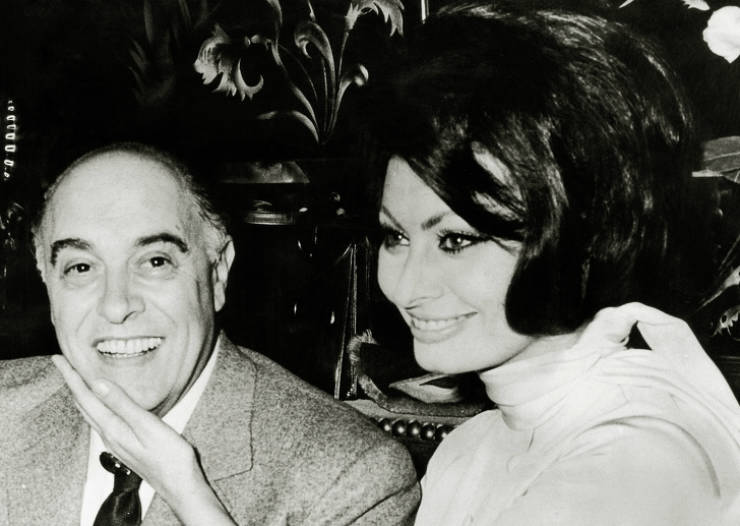 Sophia Loren met her only love, producer Carlo Ponti, in 1950 at a beauty contest. It was almost impossible for Ponti to get a divorce from the catholic church of Italy at that time, so in desperation, they got married in Mexico. But the Vatican still didn’t accept that and the marriage was annulled. It wasn’t until 1966, after Ponti became a citizen of France and his first wife agreed to divorce him, that the couple finally got officially married. And they lived together up until Carlo died in 2007. 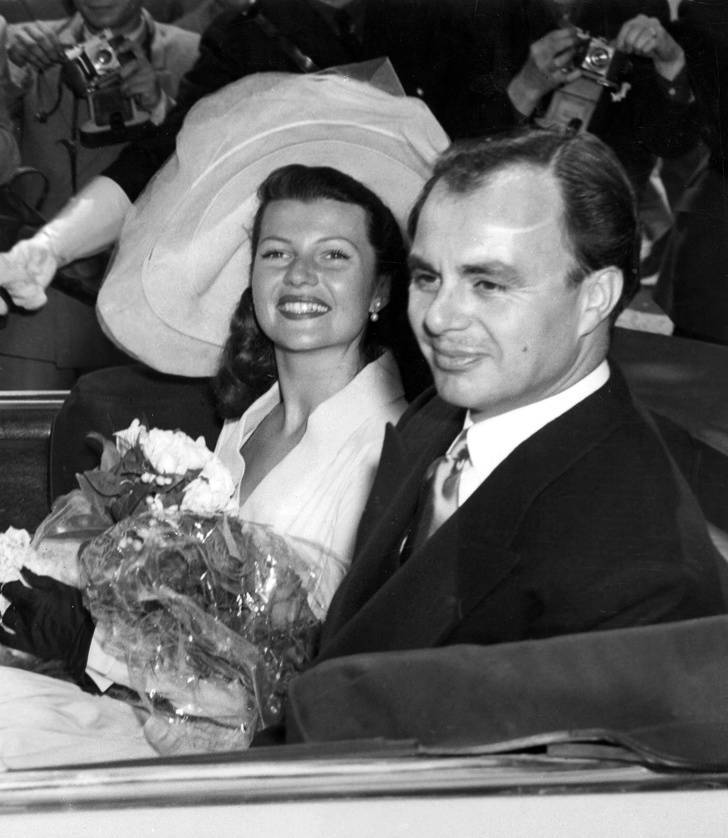 The charming Rita Hayworth was married several times, but she was never happy in her marriages. One of her husbands was the son of Aga Khan III and was the 48th Imam of the Nizari Ismaili religion, Prince Aly Khan. They met in Cannes and the rich man charmed the actress with his care and she married him, leaving her career and becoming a housewife. Several years later, once Hayworth had gotten sick of her husband’s never-ending cheating, she left him and moved back to the US. 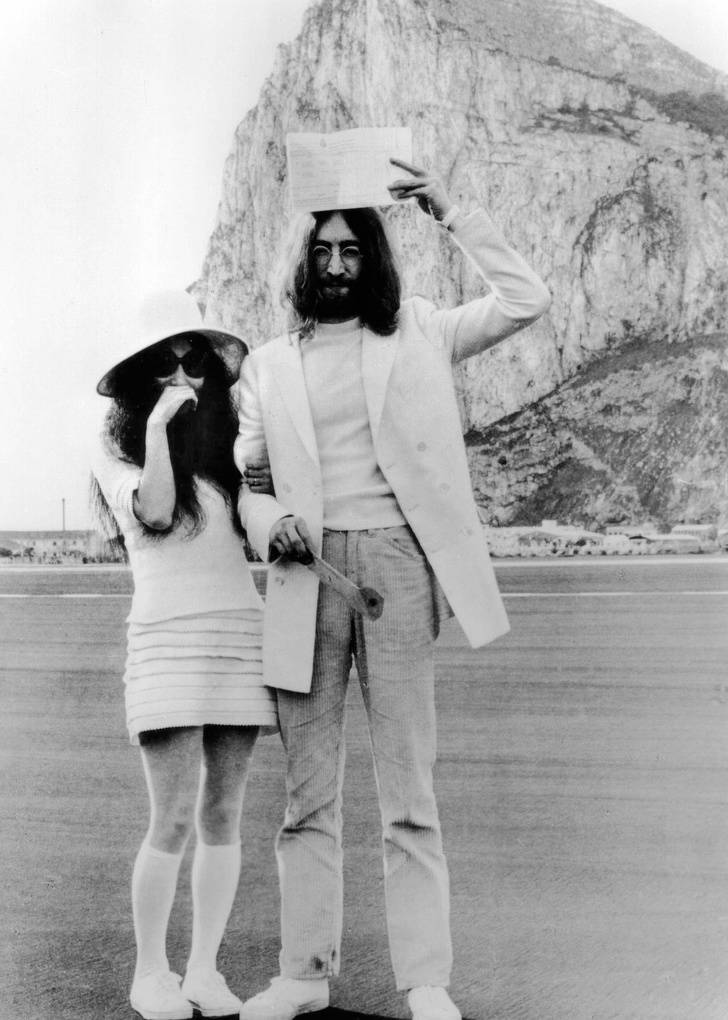 Yoko Ono and John Lennon met at her Avant-garde exhibition in 1966. In 1969, they got married in Gibraltar and the ceremony only took a few minutes. They spent their honeymoon in Amsterdam where, in a luxury Hilton hotel room, they orchestrated the famous Bed-In For Peace demonstration. On December 9, 1980, the musician was shot dead in New York City.