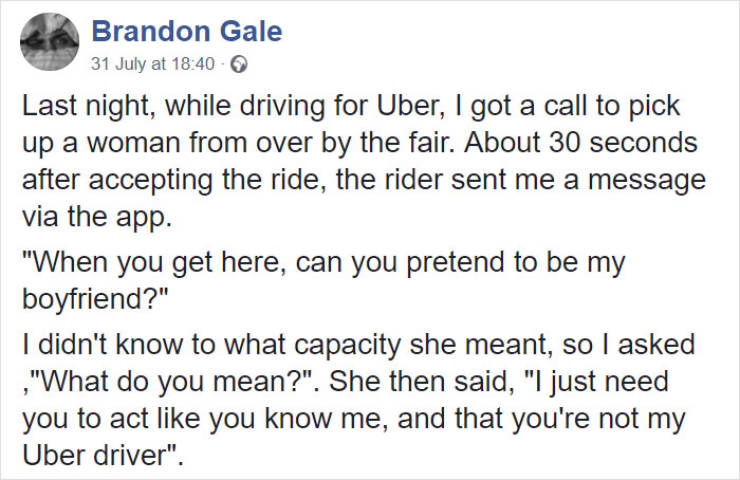 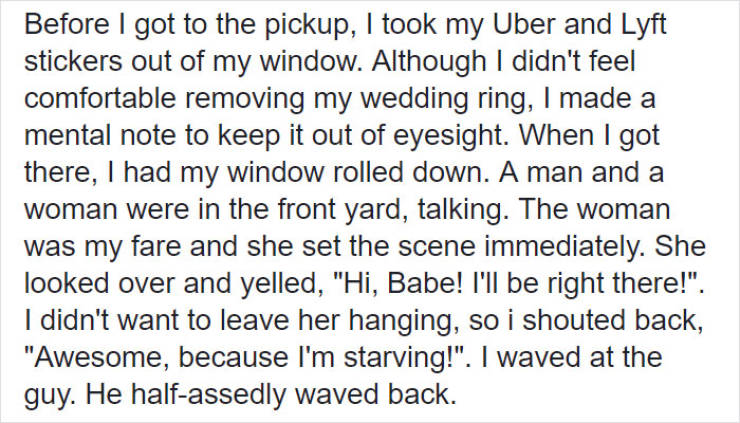 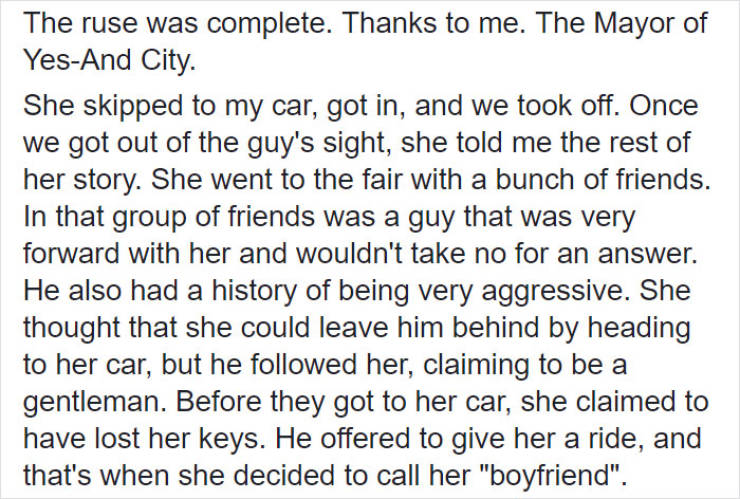 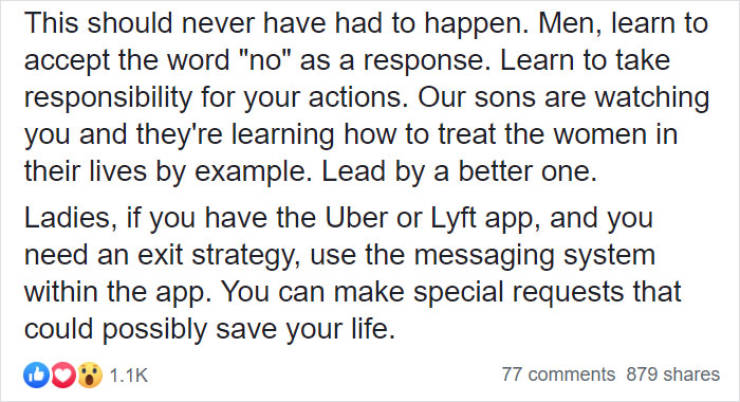 In an interview, Brandon told more about the event and his newfound popularity: “I wasn’t really prepared for the attention that this would bring, but I’m trying to “go with the flow”, for the most part. I think the overall message was clear: more people need to know that there are more ‘escape routes’ out there than most people know and I feel like we can do better.”

“It was the week of the yearly fair in our area,” Brandon went into detail about the day he pretended to be his client’s boyfriend to protect her. “A lot of people were out riding the rides, eating fair food (corn dogs, deep-fried everything, and generally all the food that is bad for your heart) and watching the bands play. It was later in the evening but the weather was beautiful, giving everyone more reason to be out.”

“My phone showed that I had a ride request, so I accepted. About a minute later, I got a message through the app that just said: “When you get here, can you pretend to be my boyfriend?” It sounded easy enough and I like being helpful. When I got there, my fare seemed very calm and collected.  Her body language towards the guy gave off a very “stay right where you are, and I’ll be over here” vibe.” 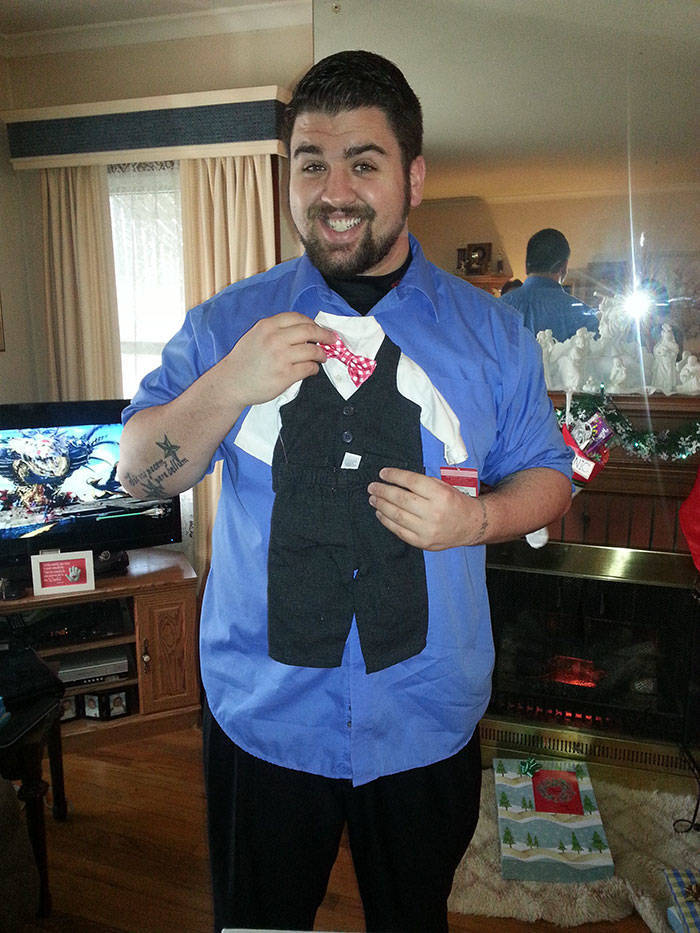 “I rolled down the window, and she greeted me as if we were in a very familiar relationship, and I responded in kind. The guy seemed less than thrilled that I was there. Once she was in the car, and we pulled away, she let out a huge sigh of relief and tried to come across the center console to give me a hug. Still driving, I tried to confirm to her that everything was OK, and asked what happened. That’s when she told me her story, all while still trembling and trying to catch her breath,” Brandon explained what happened.

“After I posted the story, a few of my friends texted me and told me they were proud of me.  Which is nice, and it felt good. I’ve had to pretend to be someone’s boyfriend or brother when we were all out at a bar before, but never as an Uber driver,” Brandon said.  “In the short time that I’ve been an Uber driver, I’ve had a lot of interesting calls. I’ve transported mothers and their children from abusive homes to sanctuary. I’ve picked up couples who were still in mid-argument.  A couple of weeks ago, I picked up a young man who had just told his father that he was gay, and the young man’s father didn’t take the news very well.” 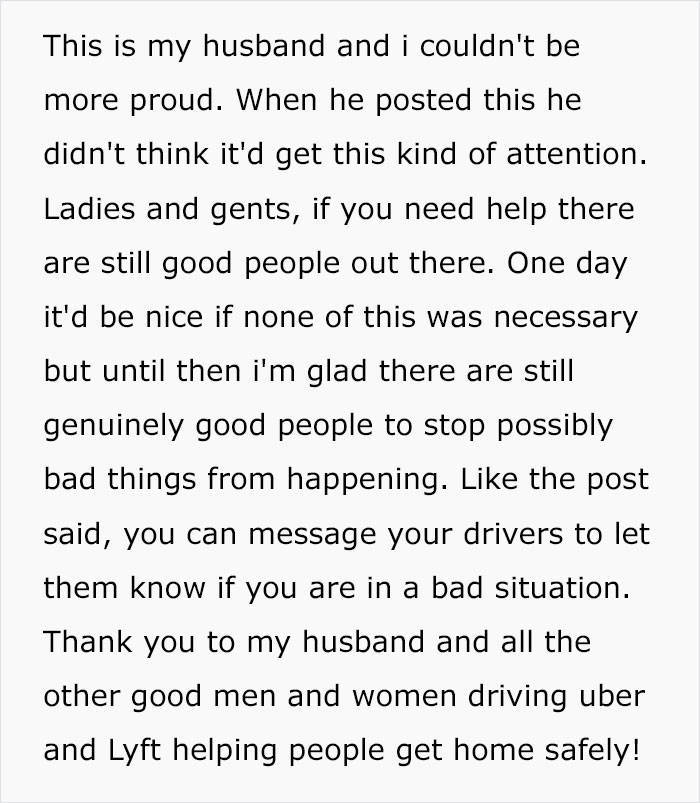 The Uber driver gave some advice about staying safe, and also commented about guys who can’t take ‘no’ for an answer: “I think men and women can benefit from traveling in groups or staying in well-lit and/or heavily populated areas. Communication seems to still be a huge issue. No matter what side you’re on, some people are going to blame someone for not being direct enough or tiptoeing around the issue.  It seems like everyone who isn’t in the situation seems to have all the right answers, when in reality, there are a lot of factors at stake. Fear. Adrenaline. Past experiences in a similar situation. Never having dealt with something like this ever before.”

“If hearing this story helps even one person get out of a scary or awkward situation, I’m satisfied. There’s been a lot of positive attention to this story, but also some negative.  I’ve seen a few comments from people complaining that I generalized this towards all men. My intention was never to say “all men are the enemy” and “all women are angels.” But I come from a football and wrestling background. When our coach addressed the team after a loss, he never said “Everyone did great, except Greg.  You lost us the game. Everyone, hate Greg”. The coach would always tell us what we need to improve on together and say “we gotta do better next time.” At the end of it all, I don’t care if people know my name, as long as they get what I was trying to say.”

Emailed 9 month s ago
Enough of these TL;DR posts