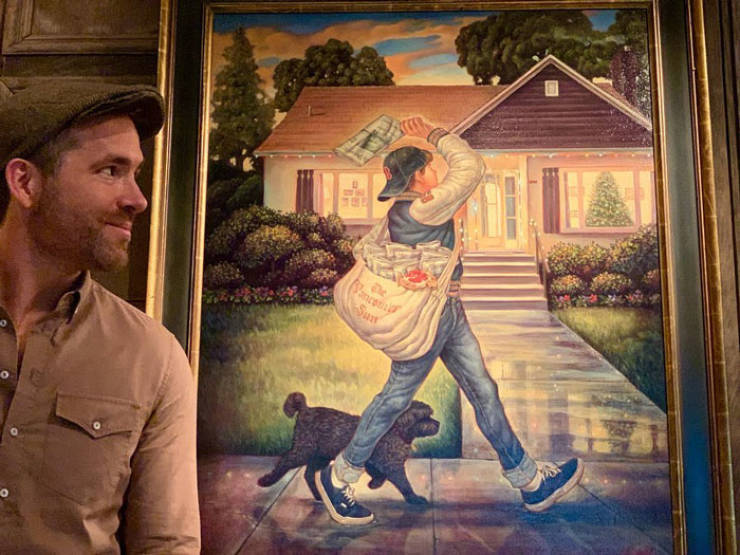 Because the very best gifts have nothing to do with superficial things such as monetary value – more importantly, they are thoughtful, heartfelt, personal and provoke positive emotions in the receiver. Lively found all these things in this amazing painting, which she asked artist Danny Galieote to create for her husband. “I was contacted by Blake and she had the idea for a specially commissioned painting for Ryan as a gift. I was very happy to make the painting for them,” Danny told. “I loved capturing the golden hour light and designing the idealized composition. My goal was to give it a classic feeling of timeless nostalgia.” 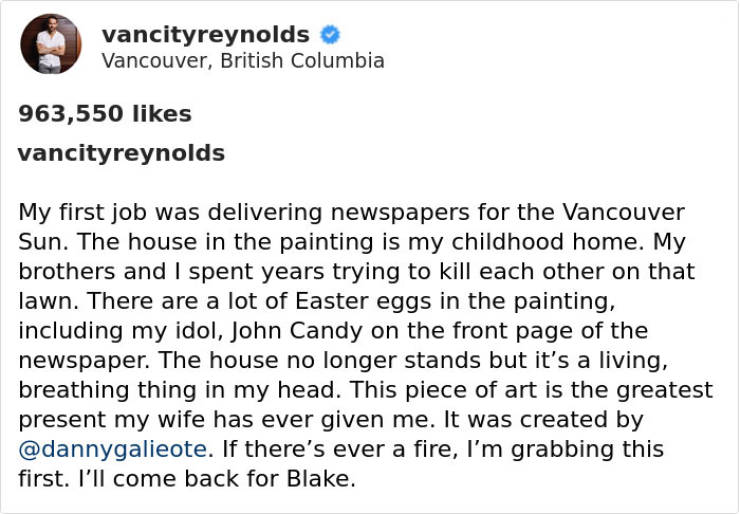 The painting depicts a scene from his childhood and includes many personal ‘Easter eggs’ that are a nod to some of Reynolds’ favorite and most precious memories. 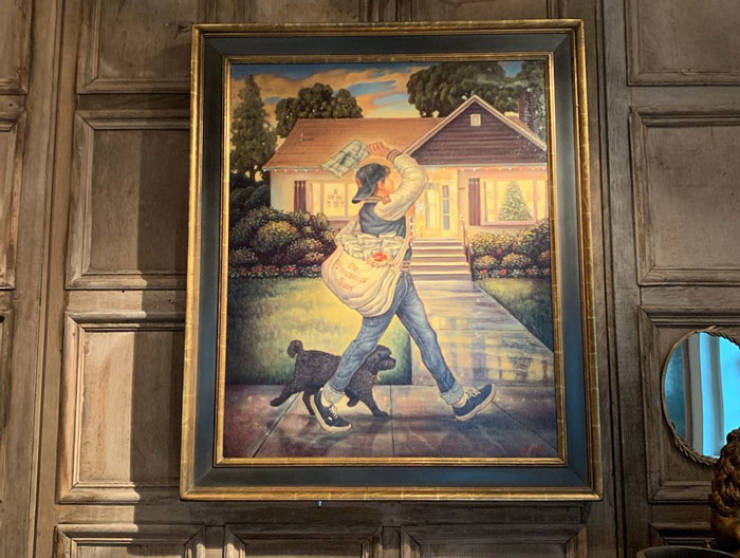 “This piece of art is the greatest present my wife has ever given me,” he wrote in an Instagram post about the painting. “If there’s ever a fire, I’m grabbing this first. I’ll come back for Blake.” 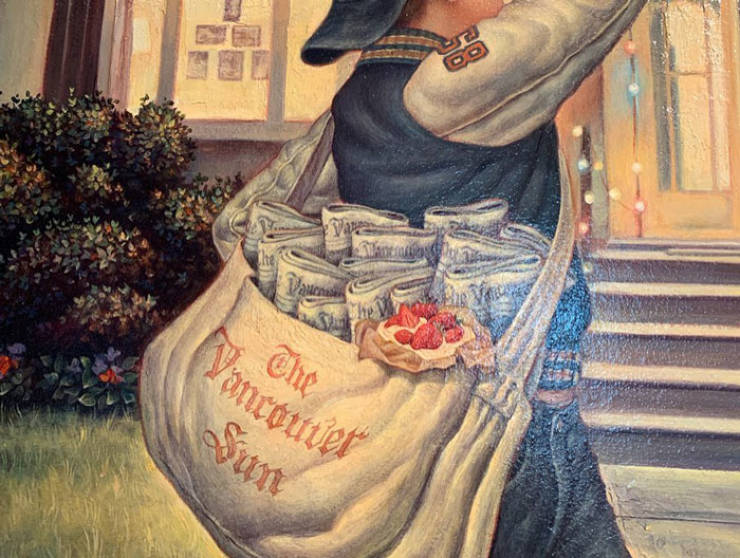 Artist Danny Galieote told us that his unique style comes from both his Italian and American background, as he combines stylistic influences from Renaissance Art and ’30s- ’40s (WPA-era) characteristics with modern-day imagery and socio-cultural factors.

“I’ve always felt a deep closeness to the Italian Renaissance artists and have visited Italy many times to study,” he told us. “My maternal grandfather told me a ton of stories from the time he spent in the US Navy in the late 30’s – early ’40s stationed around the world. My paternal Grandfather had a Men’s Clothing store (Galieote’s Menswear) on Hollywood Blvd (near Grauman’s Chinese Theatre) during the Golden Age of Hollywood (40s 50s 60s). They designed for many stars of the period and clothed the likes of Elvis Presley and Duke Ellington. So I had interesting childhood inspiration combining the old Renaissance and Classic Hollywood.”

Danny has also worked for Disney, where he animated characters on Lion King, Hunchback of Notre Dame, Hercules, Tarzan, Atlantis, Treasure Planet, Home on the Range, Princess and the Frog and Tangled. “I worked there throughout the 90s and back again on a few more films during ’08-’11. I was a traditional hand-drawn character animator back in those days. It was a great time for me to be at the Disney studios. We had figure drawing and painting workshops almost every day and I just soaked it all up.”

However, he always felt a strong desire to be a fine artist since he was a little kid. “I felt in my heart that eventually, I’d be breaking out on my own,” he continued. “So I worked really hard on my fine art skills the whole time I worked in the Studios.  In 2011, I left commercial art to paint full time because I started getting offers for several Gallery Exhibitions in NY and LA.” 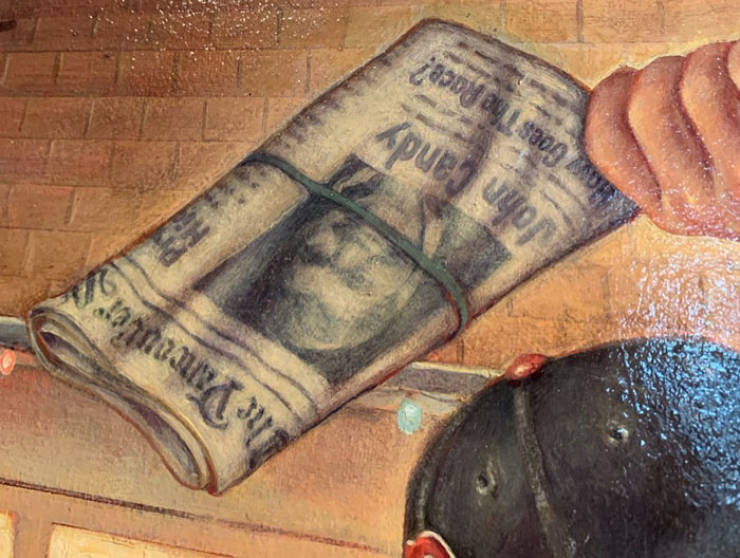 Danny’s art often features people and scenes from a bygone era and evokes strong feelings of nostalgia. This makes Blake’s choice of artist for her gift a particularly thoughtful one.

“I have always felt a strong awareness of time and generations past and how someday our own generation will be seen as classic,” Danny said. “And most of my work is figurative or involving the human figure. It is the people, all of us, that make things happen (socio-culturally) and I’m most attracted to capturing ‘us’.” 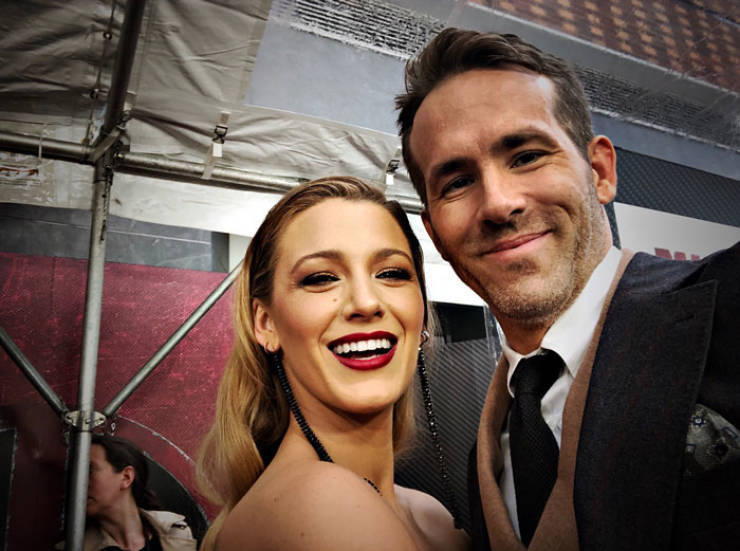 Now that’s a well-researched and personal gift. Mission accomplished, Blake! If you ‘d like to see more of Danny’s work, or even ask him if he could paint something like this for you, you can check out his website here for more info. 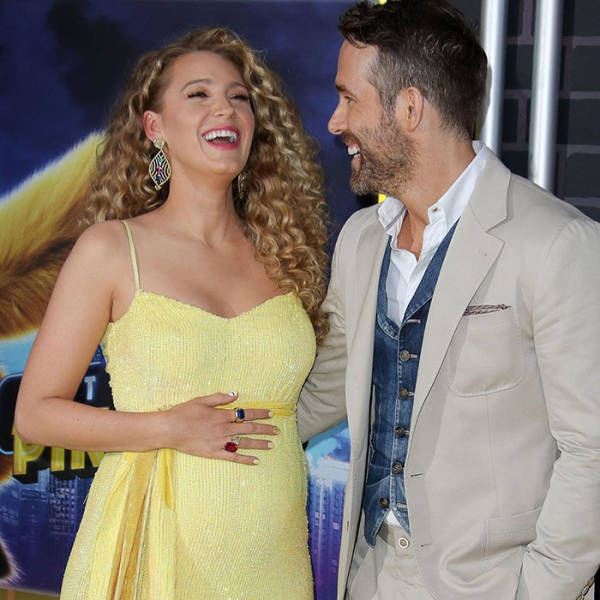 Blake and Ryan were announced as the leads for Green Lantern and made their first public appearance together at Comic-Con in San Diego in the Summer of 2010.

In September 2012, after a year of dating, Ryan and Blake tied the knot at Boone Hall Plantation in Mount Pleasant, South Carolina. 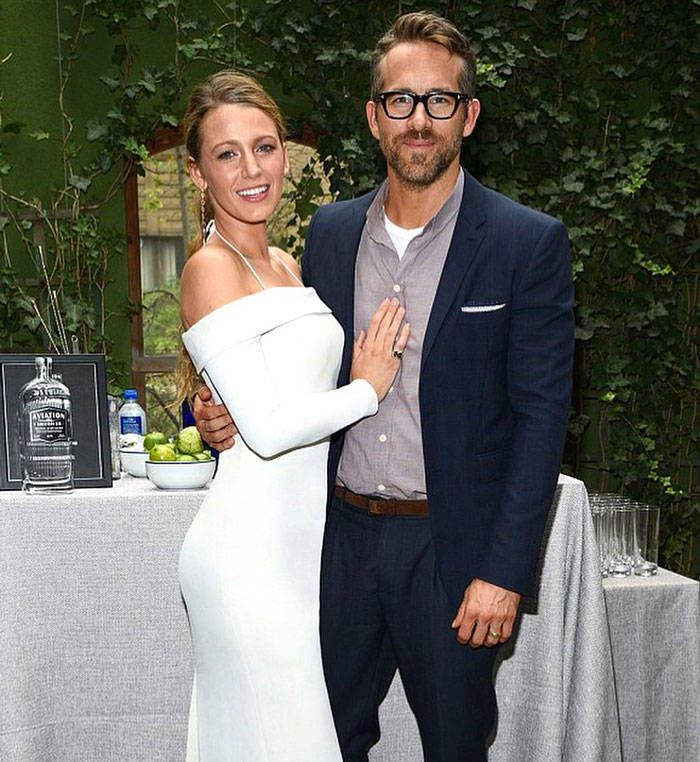