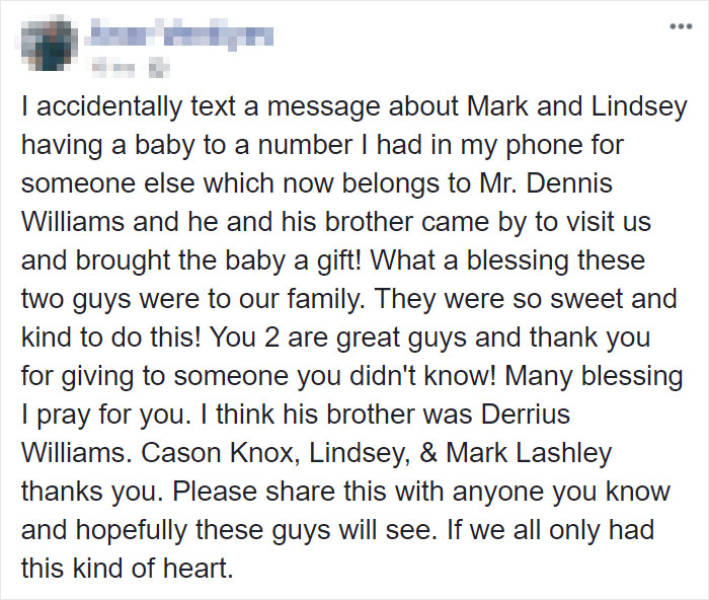 Teresa thought she was sending a group message to just family and friends, but there was Dennis Williams’ number as well. He was glad that everything was going well but had no idea who these people were.

However, that didn’t stop him and his brother, Deorick, from congratulating the new parents in person anyway. 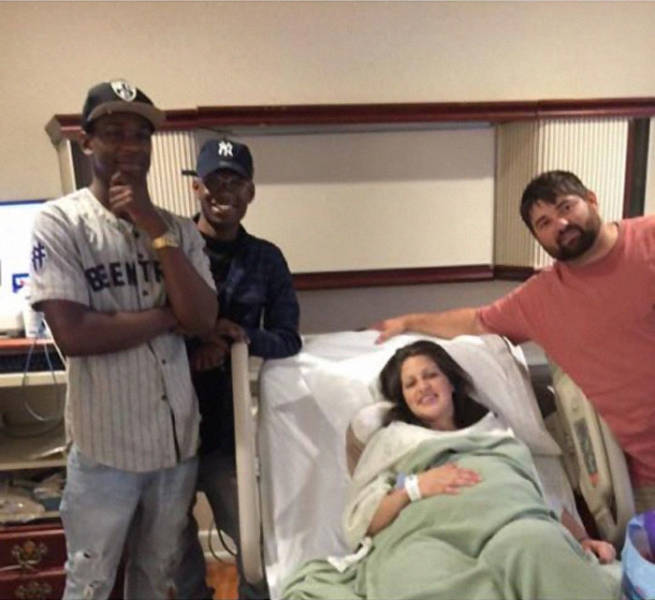 Mark told Daily Mail Online that his mother didn’t realize she was inviting a stranger up to the room where he and his wife were caressing their new baby boy:

“It was different. I mean, my friend just walked in and said: ‘There are some more people coming down the hallway,’ and we didn’t know who they were and they said, ‘Oh, we’re the ones who got the random text message.’

“The reason it happened was my cousin had a new phone and I guess those boys ended up with her old number.”

Here is the conversation that started everything 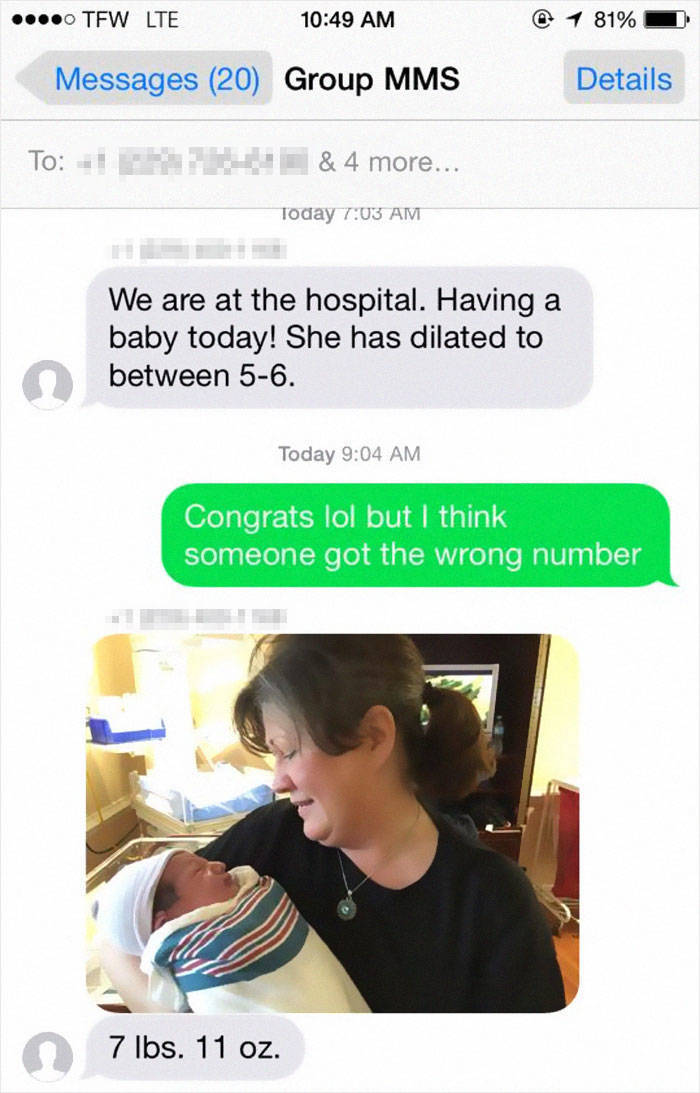 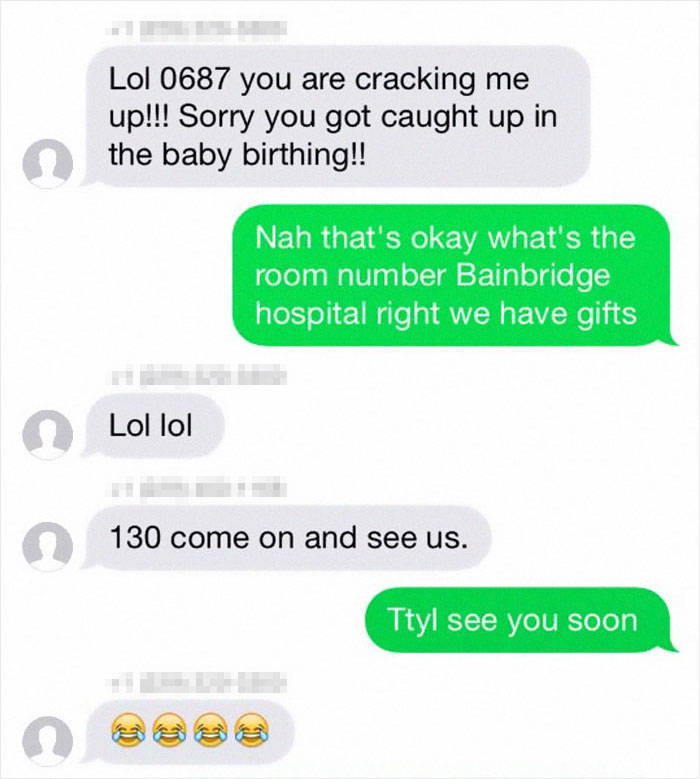 Mark said that as soon as they understood what happened, they appreciated the random act of kindness.

“[My mother] thought she was still talking to my cousin, that’s who she thought she was talking to,” Mark added. “I don’t think we would have randomly invited them over but we appreciate it and the gifts. You don’t hear about much compassion in the news anymore.”

Christmas 9 month s ago
and then they pulled out guns and robbed them.
Reply
0

Cancamuso 9 month s ago
I loled, not because the comment was funny, but because of the fact that I knew someone would say something racist to troll. Then gave you a -1.
Reply
0