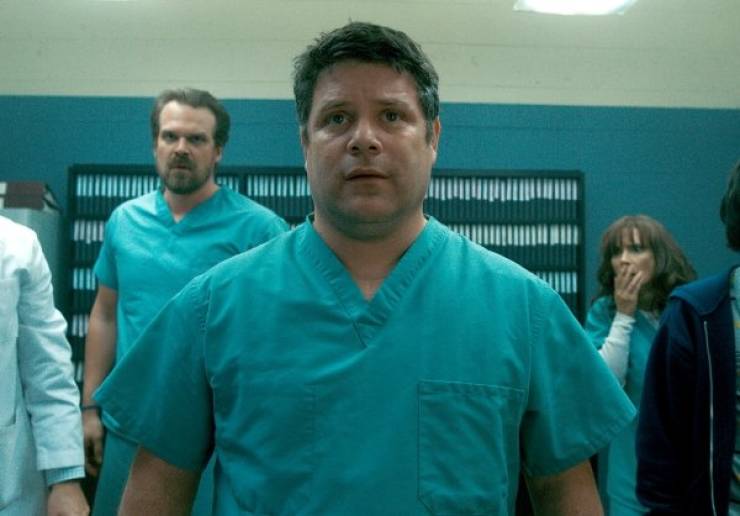 Death: While the Hawkins lab is under siege, Bob is mauled by a rogue Demodog.

“For the first few episodes I was like, ‘Are you sure you wanna kill off Bob?’ Because Bob came across so likable, I think they kept him around for a while. And I thanked them for letting him do something heroic,” Astin revealed. “But I thought maybe he’d stop them from getting hit by a bus or something. I didn’t know he’d go totally Sigourney Weaver in ‘Aliens.’ I really enjoyed that drama and suspense in the end of that character’s storyline.” 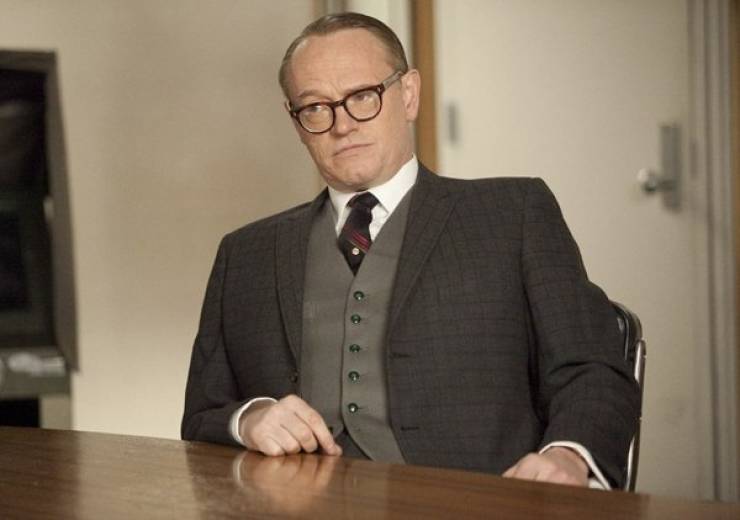 Death: After his career and finances crumble due to embezzlment, Pryce sadly takes his own life in season 5.

“I wasn’t totally surprised. I had gotten an e-mail beforehand that [asked about] my handwriting ‘because we see Lane forging a signature on a check.’ I knew that could only spell trouble for Lane,” Harris explains of the plot. “The only reason why you’d start a ticking bomb like that is to have it go off. I didn’t know if it would go off this season or next season, but I knew at that point the countdown had started.” Death: After (literally) flying into a rage and burning down King’s Landing, Jon Snow drives a sword through her heart.

“I, in some kind of a daze, walked out of my house. The only thing I took was my keys, and about three hours later I arrived back home, and I still hadn’t taken it all in,” Clarke explains of hearing the news. “Because it comes out of [email protected]#$ing nowhere. I’m flabbergasted. Absolutely never saw that coming.” 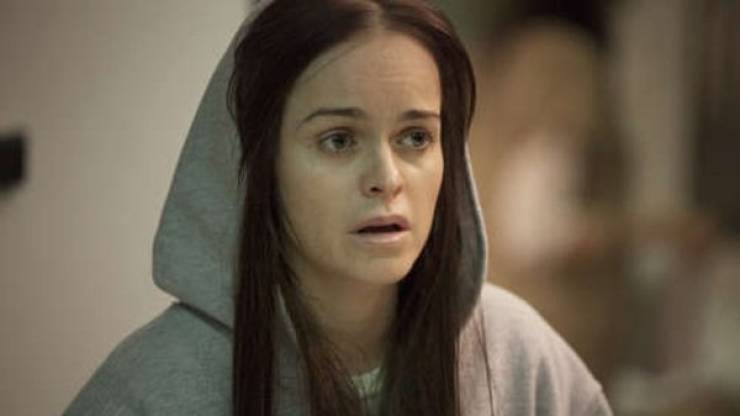 Death: Pennsatucky overdoses on fentanyl after struggling to earn her GED.

“It made me kind of bummed, to be honest, because Pennsatucky is so much smarter now,” the actress said. “But I’m a team player. I understood because it was really going to evoke emotion.” 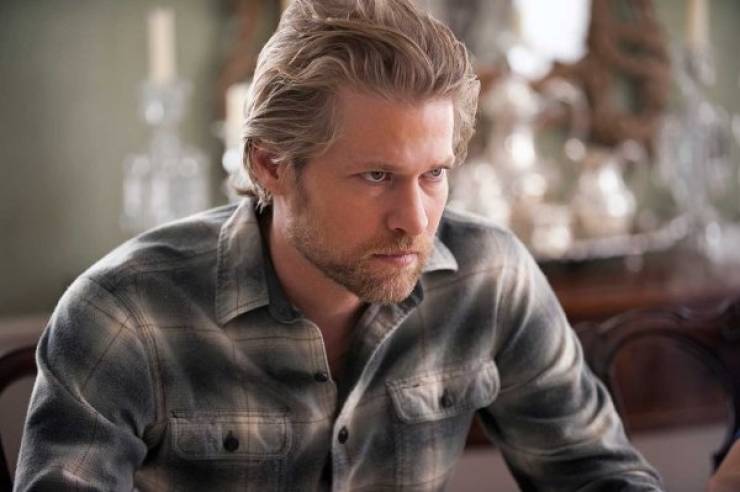 Death: Riddled with guilt after murdering Sergeant Patrick Devins, Terry plans to commit suicide. Though his memory gets wiped and he no longer feels badly, Terry also doesn’t remember arranging his death and is killed in a vampire attack. 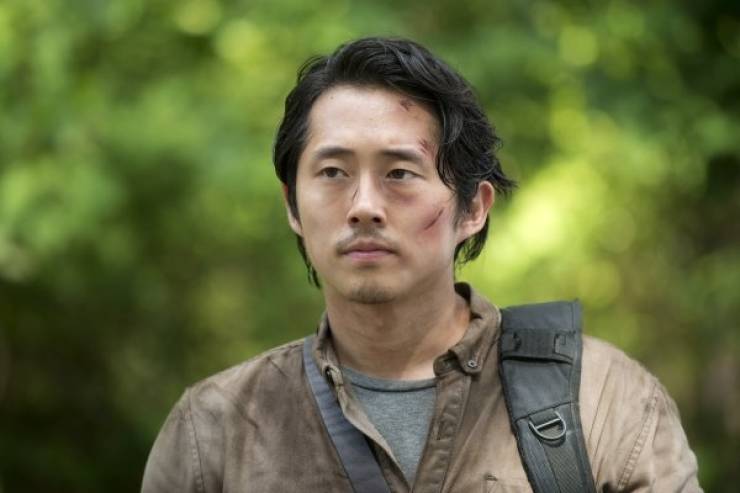 Death: Glenn is beaten to death by Negan, the leader of the Saviors.

“If I’m going to be honest with you, I was really excited for that day,” Yeun said of the scene. “I was excited to get my skull bashed in. Doesn’t everybody fantasize about what it would be like to die [in a] cool way?” 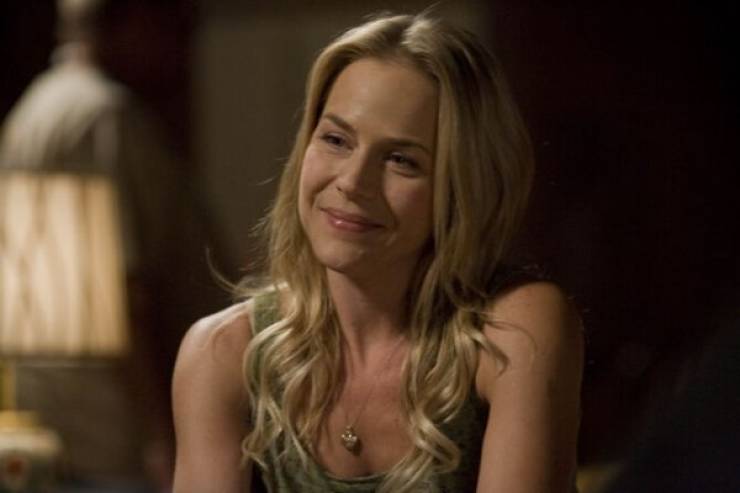 Death: Trinity, a rival serial killer of Dexter, murders Rita and leaves her lifeless body in a bathtub. 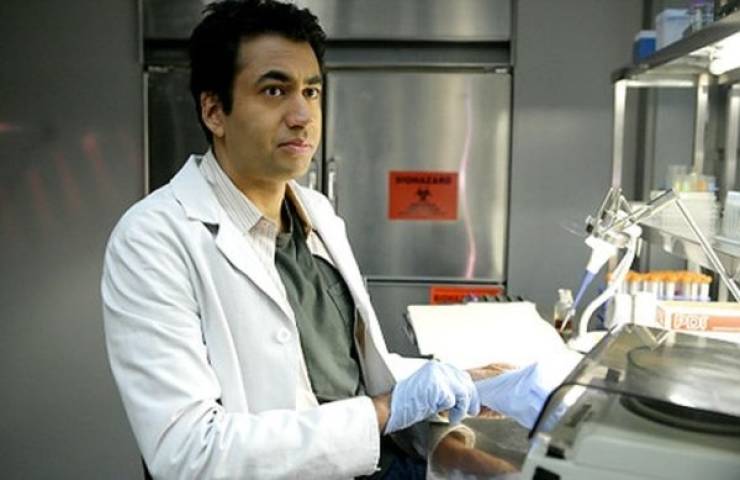 Death: Lawrence is found dead in his apartment with a self-inflicted gun wound to the head. There is no note or explanation for the suicide.

“One of the things I love about our show is you never know what’s going to happen. So that news struck me in the same way we hope it strikes the audience: there was a little bit of anger and some depression. You really go through those emotions, especially when somebody dies in that fashion,” Penn said of his character’s fate. 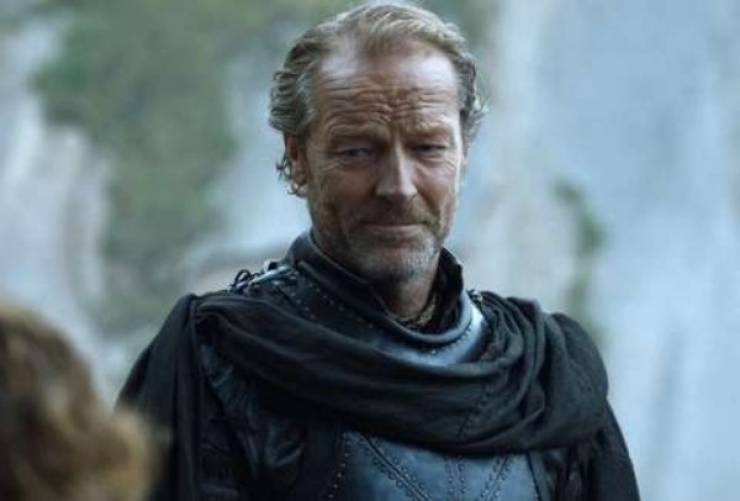 “Jorah got complete forgiveness and then went out the way he wanted to. I die saving her life and I’ve said that for a good few seasons the nobility of the man is very much within him and he would absolutely sacrifice his life for her to succeed. In a way he was given the conclusion he wanted,” Glen said. 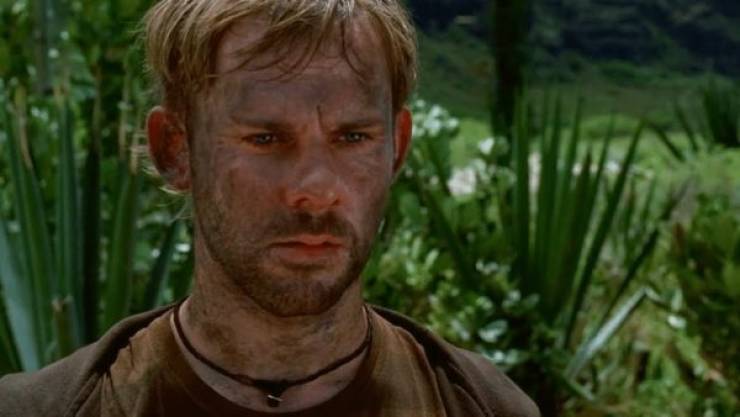 Death: The former rockstar drowns in an effort to help the other castaways reach the outside world.

“I think he was trying to work out who he was supposed to be and what his purpose was,” Monaghan said of his character. “And it turned out that this was his purpose, and I think that gave him a great feeling of serenity. To know that his legacy is that he saved [all these] people’s lives is something that allowed him to die with dignity.” 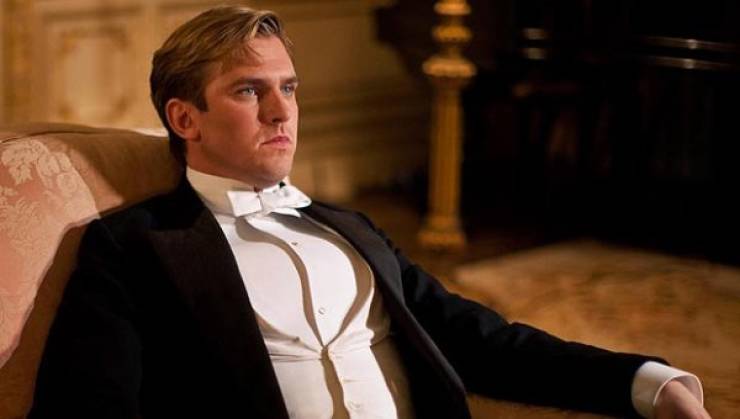 Death: The beloved Mr. Crawley is killed in a tragic car accident.

“The way Matthew went was out of my hands–but it was rather shocking. There were some very upset people and I’ve had to apologize to a lot of ­people over the past four years,” said Stevens. 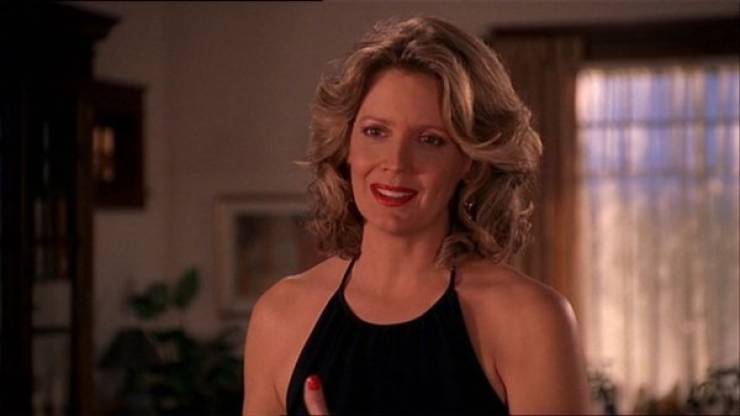 Death: Buffy finds her mother’s lifeless body on the couch, later discovering that she died of a brain tumor.

“It was eerie for me, as my mother had a brain aneurism and barely survived it,” Sutherland explained. “I think having said that, you can imagine how difficult and personal it was to experience both my illness and my subsequent death.” 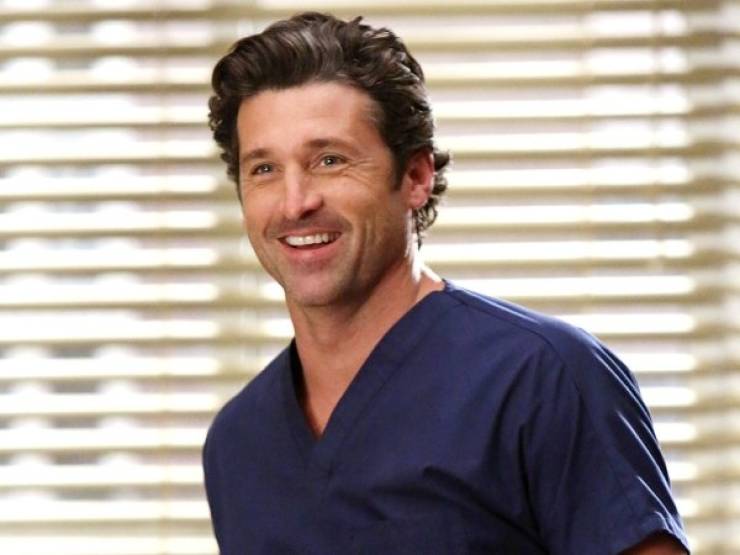 Death: After a car accident, Dr. Shepard receives poor medical care at a nearby hospital and dies of a head injury.

“It just sort of unfolded in a very organic way. It was really powerful,” Dempsey said. 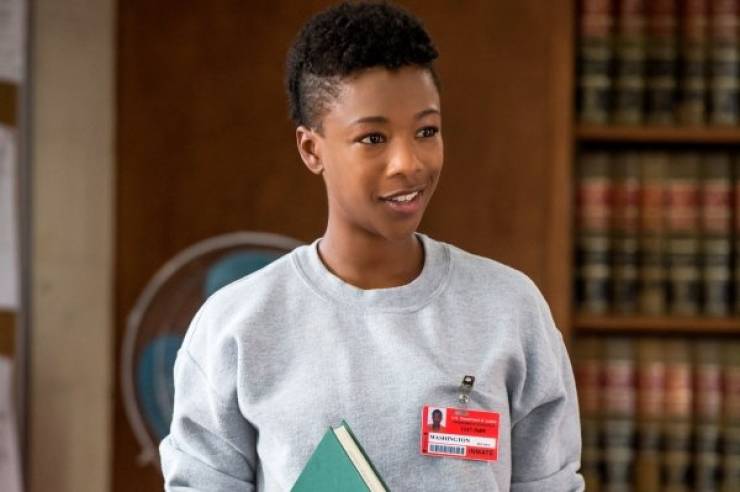 Death: During a protest in the prison cafeteria, a correctional officer roughly handles Poussey, leading to her death.

“Of course I’m the person who gives life to this character but let’s say I’m pulling myself away from it- I think it’s devastating. It’s an incredible responsibility that we have and I found myself honored [for the writers] to have the faith in us to be able to tell this story with the upmost amount of integrity that it can be told in,” Wiley said. 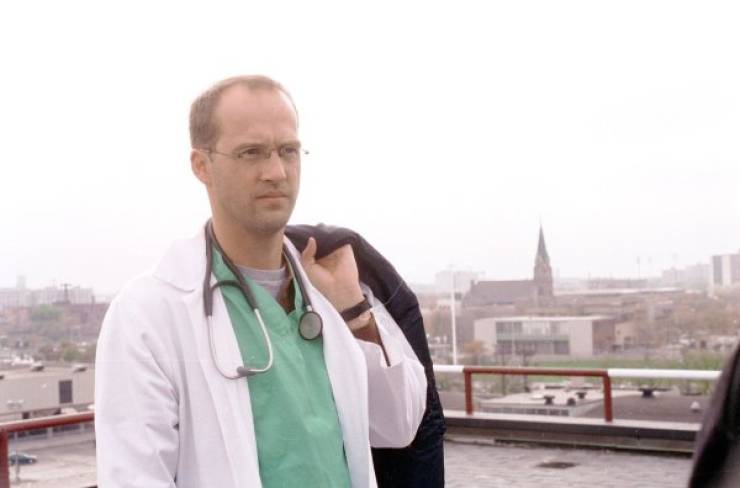 “They knew that I would be leaving the show, so they had two years to tell the story of someone going through this life transition,” Edwards revealed. “The first year was the medical part of it… and then the second year was really the emotional journey of someone transitioning. By the time we got to that goodbye, it was a goodbye that they had been setting up for two years.” 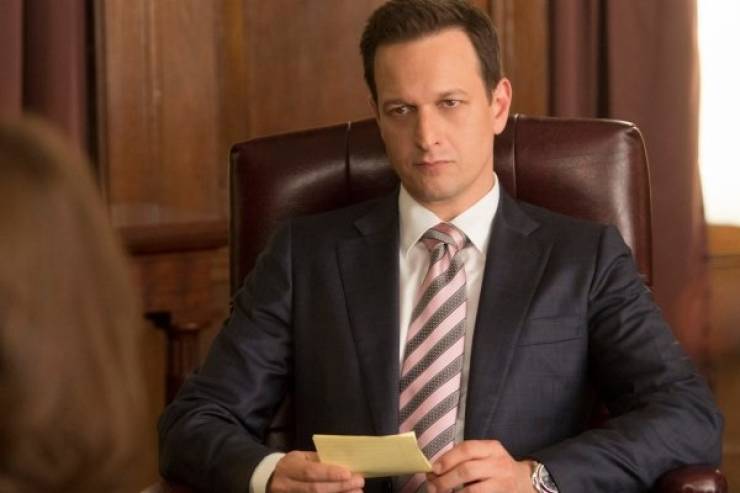 Death: In a shocking twist, Will is shot and killed in the courtroom by his client Jeffrey Grant.

“I won’t tell people how to feel, people can feel however they want to feel, but I think the main thing is to make sure that we were really clear how everything went down,” Charles said of fans.“I think from a network point of view and for myself, we all handled it really well because there was nothing there that we were trying to hide.” 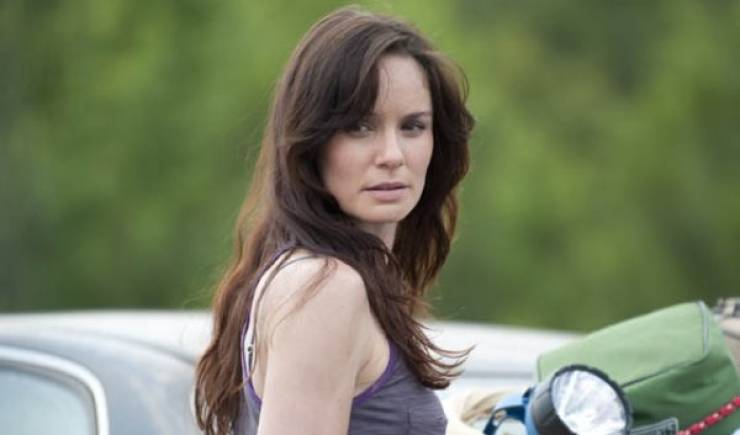 Death: While trapped in the boiler room during a zombie break in, Lori delivers her baby via c-section and dies of blood loss.

“She’s providing the most powerful symbol of hope and renewal that exists — which is this idea that life can go on and can grow, even in the midst of the end of the world,” Callies said of Lori’s death. “She was also losing about a cup of blood a minute. As soon as the blood hit Maggie’s hand Lori knows she’s not leaving the boiler room. She realizes that one of them could potentially come out of this alive or they could both die for sure. And given how hard Rick has worked to protect Lori and the baby, the greatest gift she can give him at that point is at least the success with the baby. He did it. He did it. He got her to term; he kept the baby alive.” 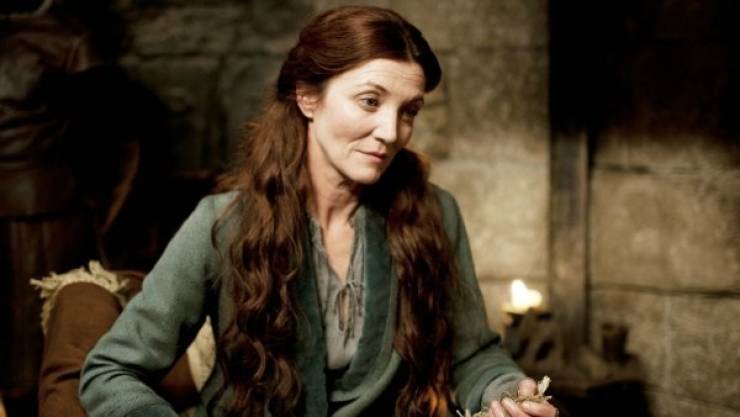 Death: Lord Walder Frey stages a trap known as ‘The Red Wedding’ to get revenge on the Starks. Catelyn watches her son, Robb, die before getting her own throat slit.

Show creators arranged for Fairley’s last scene to be Catelyn’s death, so these were her last moments playing the character. “We were mentally exhausted. I cried my eyes out, completely- as did a lot of the crew and other actors. It was very emotional,” Fairley recalls.