It might not surprise you that Mark Hamill learned some fencing to wield a lightsaber for the Star Wars movies, but what is surprising is how far he went.

He was trained by a former Olympic fencer named Bob Anderson. Not only did Anderson train Hamill, but he was also occasionally a stunt man for Darth Vader, essentially “fencing” opposite of Mark Hamill in some scenes. 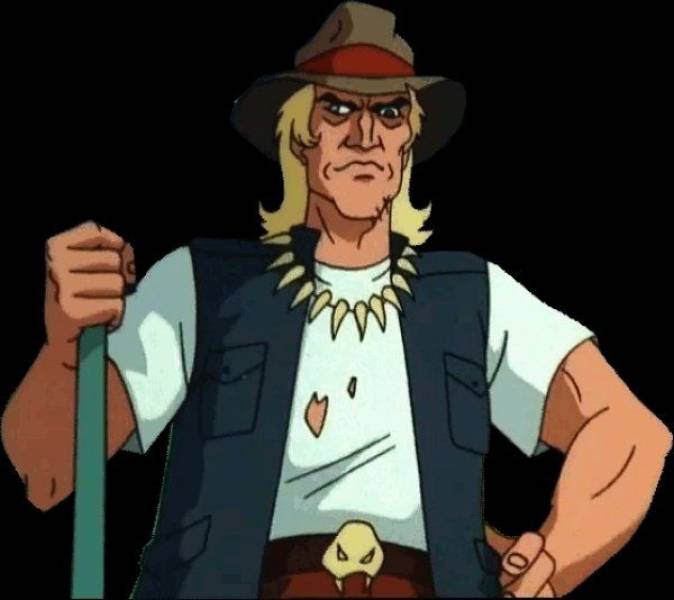 A long history with Scooby-Doo

A recurring fact about Mark Hamill is that he has been attached to countless voice acting roles over the years. We’ll be covering a lot of them, but let’s start with Scooby-Doo.

Hamill started voicing minor characters in The New Scooby-Doo Movies starting in 1972, well before he was in Star Wars. After that, he popped up in various Scooby-Doo movies in the late 90s and the early 2000s, including Scooby-Doo Zombie Island and Scooby-Doo and the Alien Invaders. On top of that, he’s playing an unknown role in the upcoming Scooby-Doo Guess Who?.

Wait, there was a TV show for The Little Mermaid?

Yes, there was, and Mark Hamill played two roles on it. He acted as Hans Christian Anderson and… Zeus? Look, I’ve never seen this show, and it seems like most people I know never did. It lasted three seasons and faded into obscurity, and it’s a weird blip on Hamill’s career.

One of the most popular (and critically regarded) cartoons of the 2000s, Avatar: The Last Airbender’s primary villain, Firelord Ozai, is voiced by Mark Hamill. However, he also appears in the credits as “Additional Voices,” meaning background characters with his voice pop up here and there if you’re listening carefully enough.

He met his wife at a dentist appointment

Hey, romance happens in strange places, and Hamill’s wife, Marilou, was a dental hygienist in the office where Hamill was a patient, and just happened to meet her in the waiting room. They dated after that, and while they temporarily broke up shortly after Star Wars came out, they got back together and have been married for 40 years.

Countless video game voices, except for one…

Mark Hamill’s voice acting is not limited to film and television. From recently playing the character Master Eraqus in Kingdom Hearts III to playing Wolverine in X2 – Wolverine’s Revenge, he’s played too many characters to count.

Except for Luke Skywalker. To date, he has never voiced a video game version of the character.

Look, if you grew up watching Batman: The Animated Series, you know that Mark Hamill voiced The Joker. It’s one of the best versions of the character ever put on screen, and Hamill’s voice is the gold standard of voicing The Joker to this day.

What you might not know is how Hamill developed The Joker’s signature laugh. According to Hamill, he would practice it while driving in a convertible in Los Angeles. And in classic Los Angeles fashion, apparently no one seemed to care/was bothered by Hamill doing this.

Hamill didn’t go to high school in the United States. He attended Nile C. Kinnick High School in Japan, which is now located on the Yokosuka Naval Base. Unsurprisingly, he was involved with the school’s theater department, playing the character Henry Aldrich in a production of the play What a Life by Clifford Goldsmith during his senior year.

The car accident and Empire Strikes Back

Still a matter of speculation to this day, there’s a legend of sorts about Luke’s first scenes in Empire Strikes Back. You see, Hamill got into a car accident before Empire Strikes Back, and a facial surgery afterward changed his nose slightly. Rumor has it the “injuries” the Luke has from the Wampa were meant to explain why Luke’s face looked different.

George Lucas has denied this, but Carrie Fisher claims it was. As for Hamill, he has never confirmed or denied the story.

It’s not uncommon for actors to keep certain props from film shoots, and Hamill kept his Luke Skywalker boots from the original movie.

When the original movies were rereleased in 1990s, his son asked if he could wear the boots to a showing. Hamill refused, genuinely concerned that his son wouldn’t “get out alive” if he did (and considering how passionate Star Wars fans can be, I think Hamill made the right call).

Specifically, Robert England, the actor behind Freddy Krueger. Hamill and Englund are longtime friends, both before they became stars. In fact, Robert Englund actually auditioned for Luke Skywalker in the original Star Wars, and when he didn’t get the part, he told Hamill to audition.

The Joker isn’t the only DC Comics villain that Hamill has on his resume. In the short-lived 1990s TV show The Flash, he played a villain called The Trickster.

But that wasn’t the end of it. In the animated Justice League show from the early 2000s, he played the part again. And on top of that, he came back to play The Trickster in live-action again in The Flash on CW.