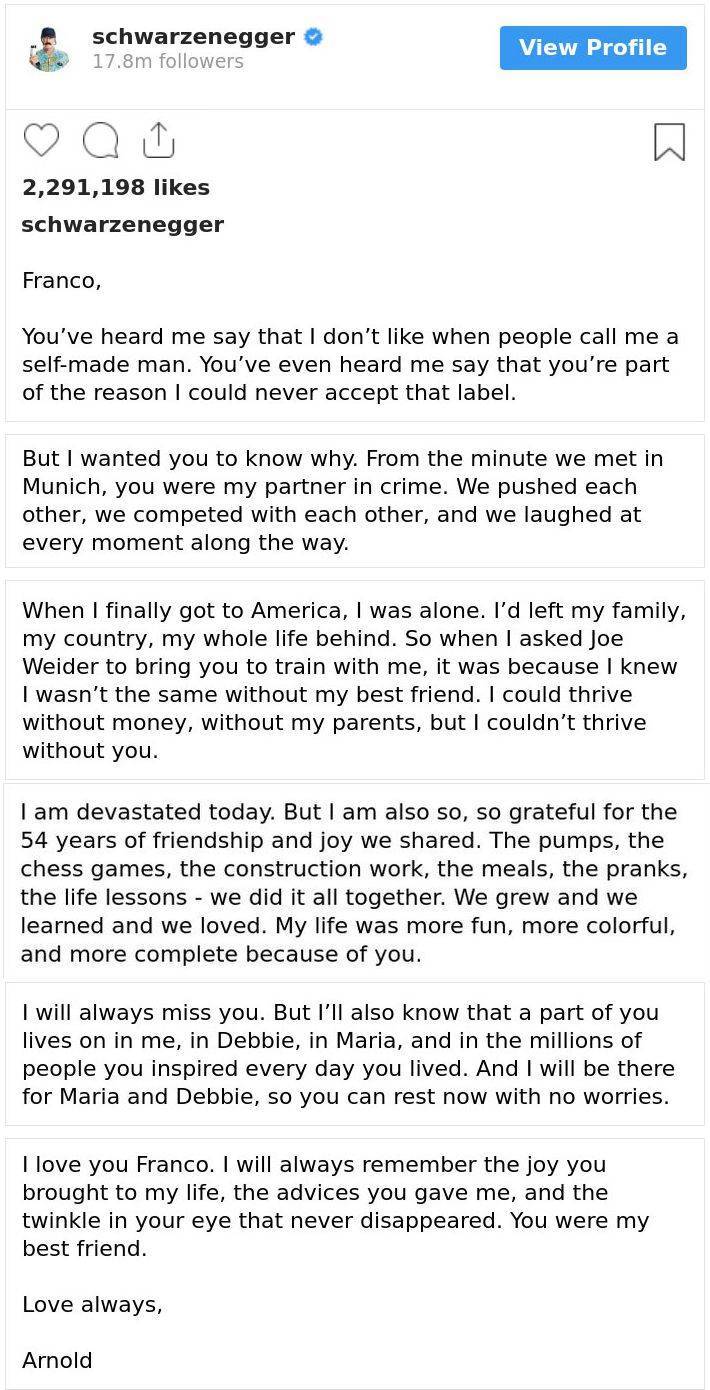 Columbu, who is originally from Sardinia, passed away in a hospital there last Friday at the age of 78. The man had become ill after going for a swim in the ocean, according to the media. 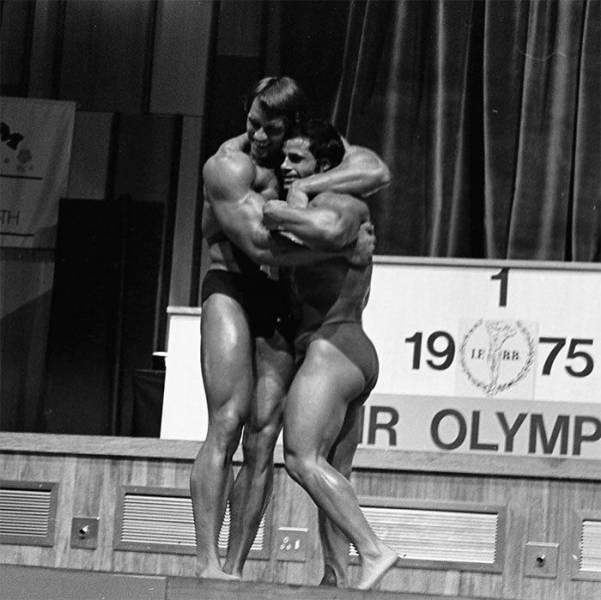 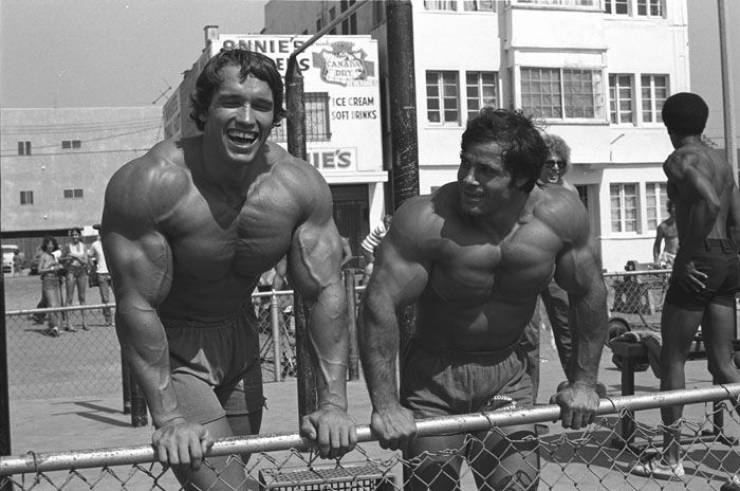 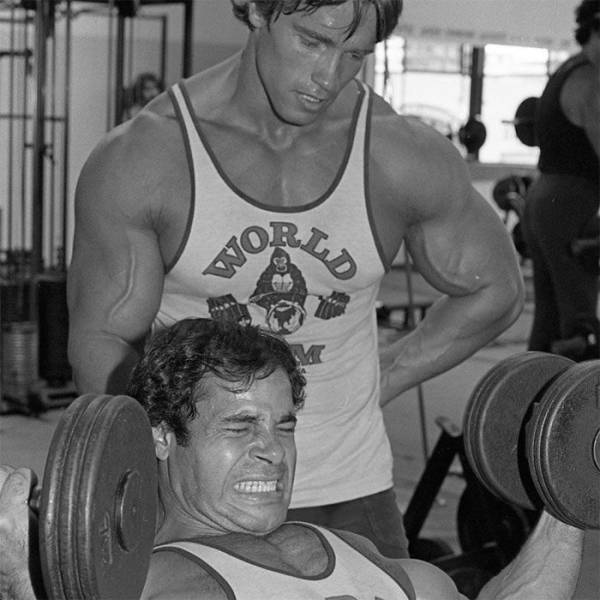 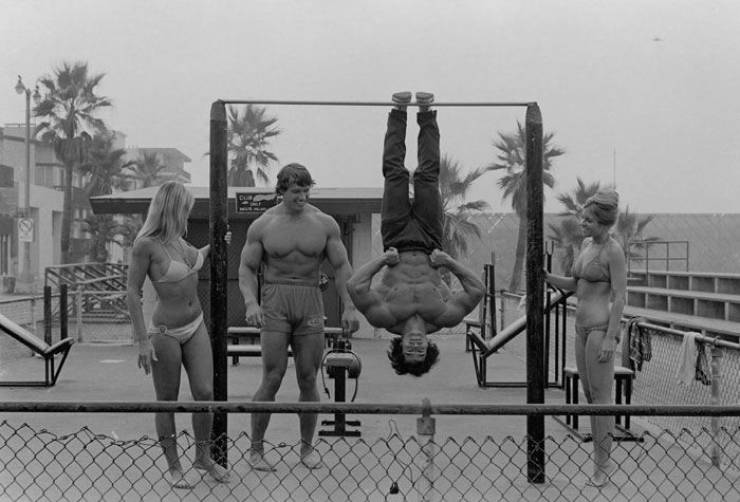 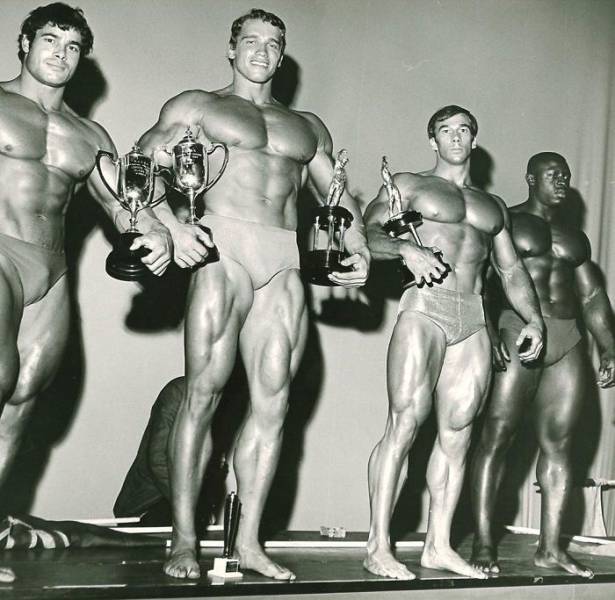 The former governor of California wrote online that he and Columbu “pushed each other”, “competed with each other”, and the pair “laughed at every moment along the way.” The pair had first met each other in Germany, where they became friendly rivals.

The men were inseparable — their friendship lasted 54 years 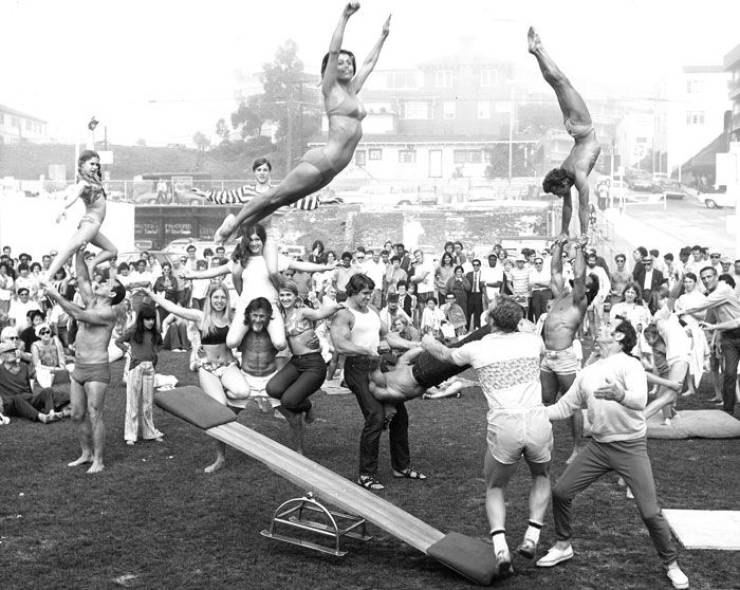 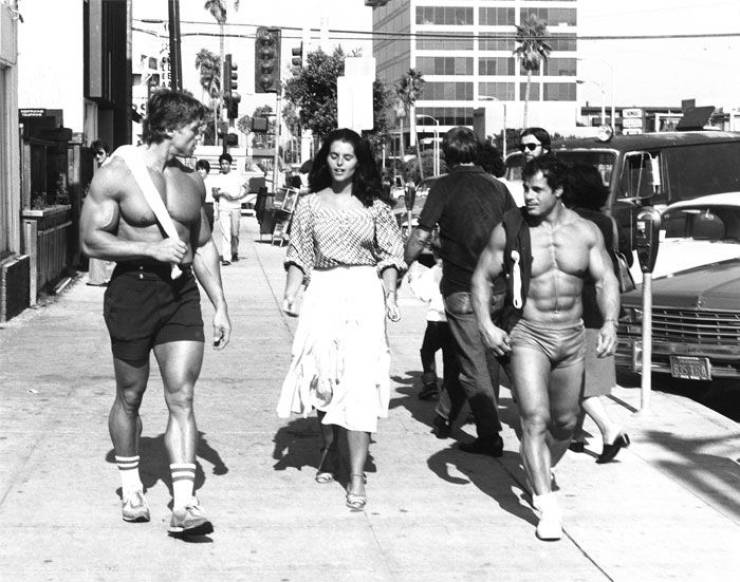 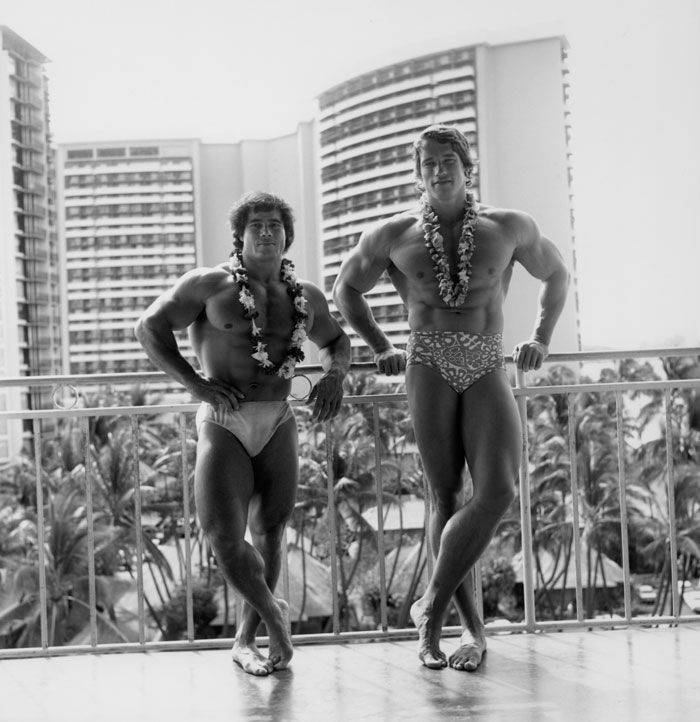 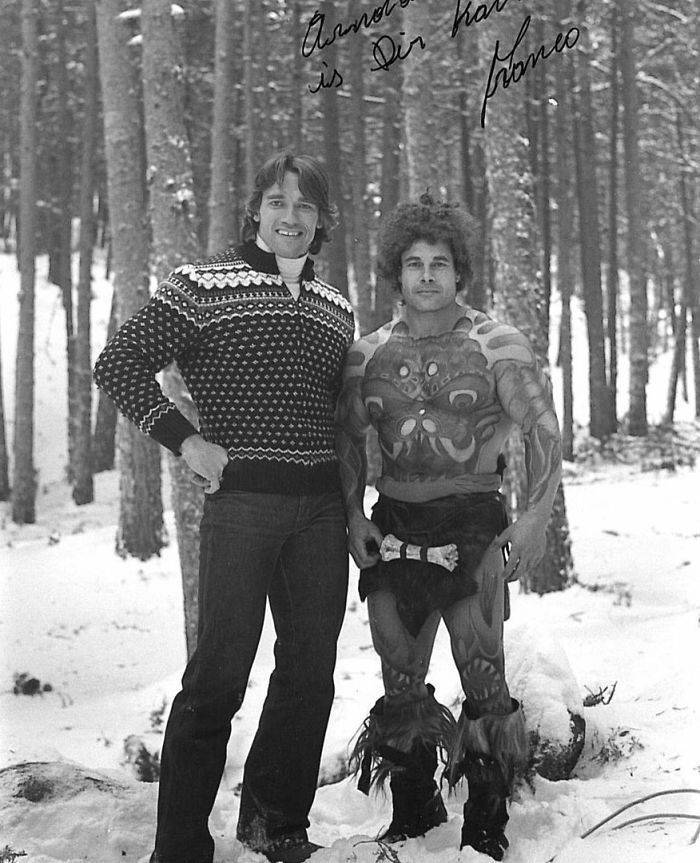 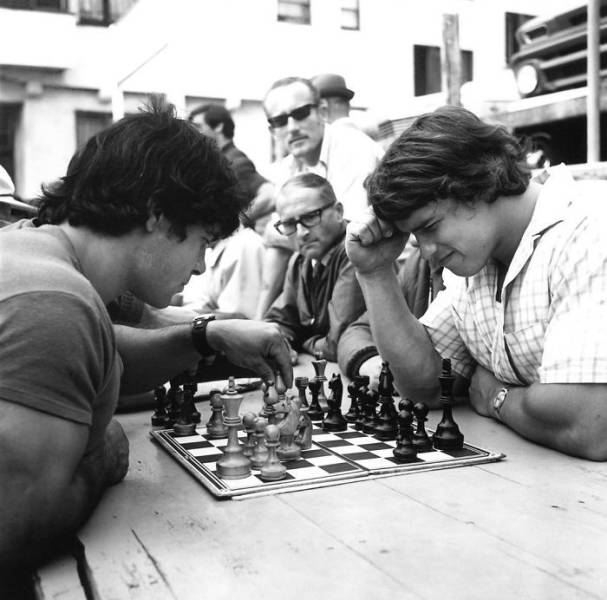 Schwarzenegger and Columbu have a lot in common. The ‘Austrian Oak’ has won the coveted Mr. Olympia title 7 times, while Columbu won it twice. Columbu was also a very capable actor in his own right, staring along with Scwarzenegger in The Terminator, The Running Man, and Conan the Barbarian.

The friendship between the pair is enough to make anyone jealous 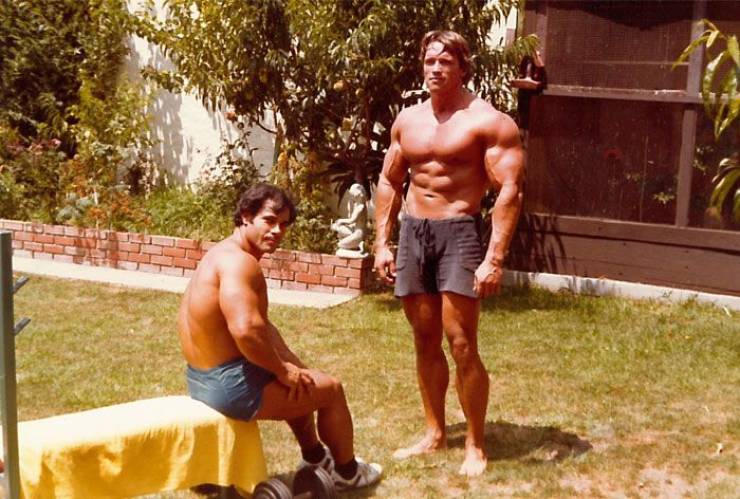 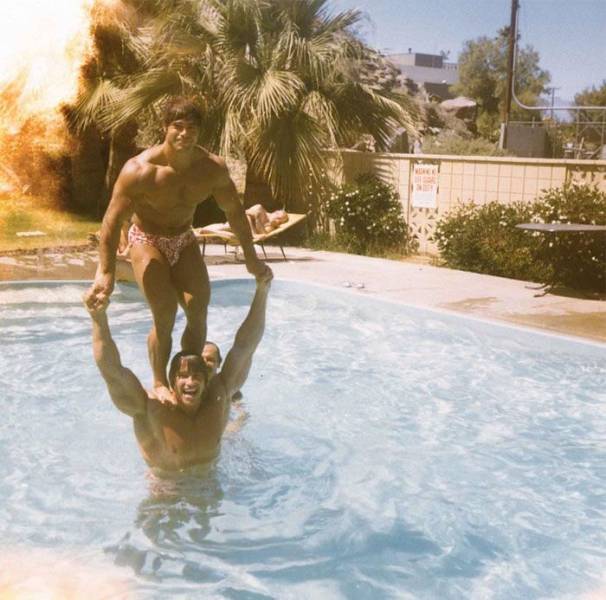 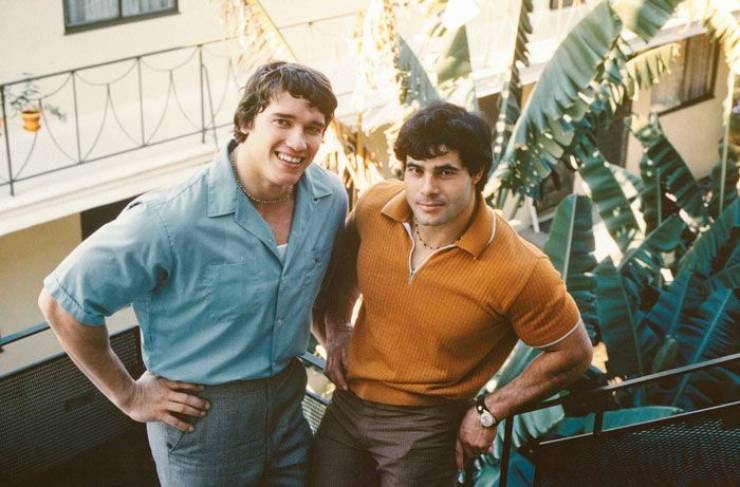 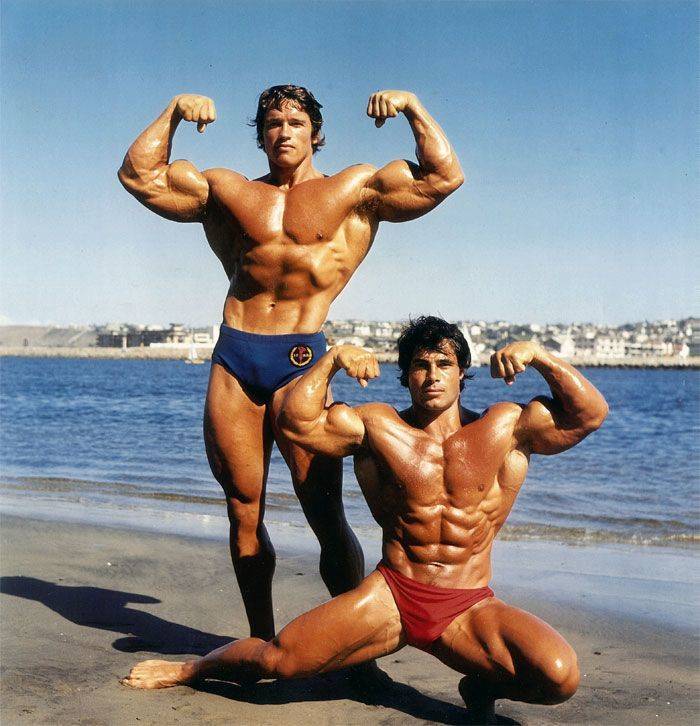 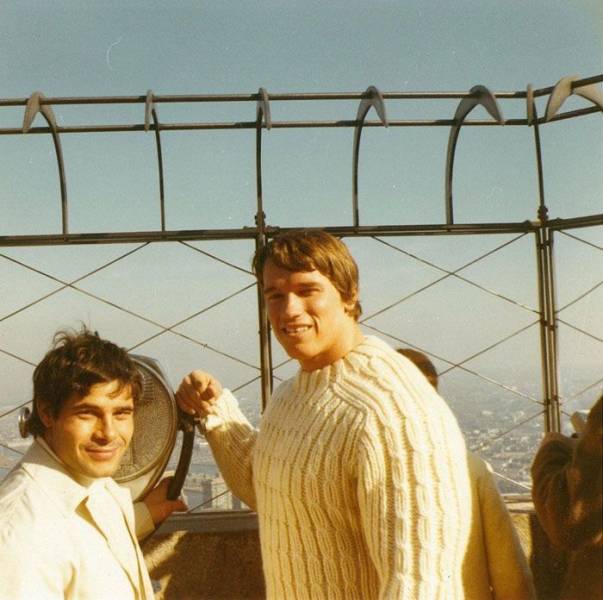 But Columbo was far more than a friend to Schwarznegger — he was practically family. Arnold named him his best man in 1986 when he got married to Maria Shriver. What’s more, Columbo became godfather to their daughter Christina. The amazing friendship between these two titans is something everyone strives to have in their lives.

The two bodybuilders acted together in The Terminator, The Running Man, and Conan the Barbarian 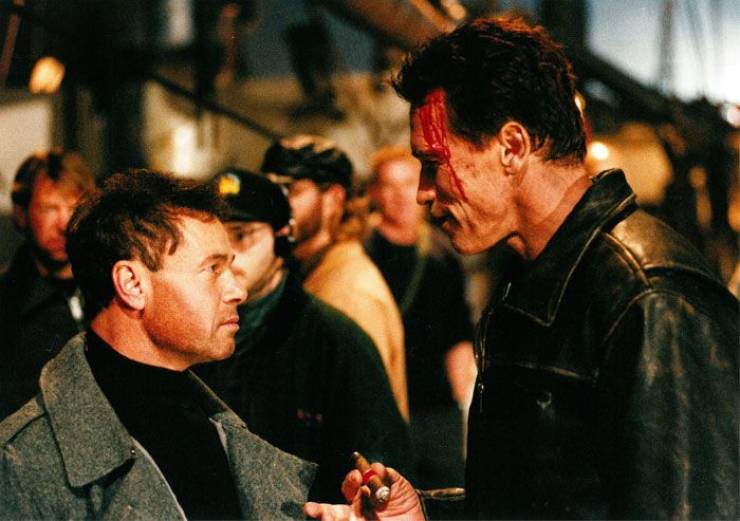 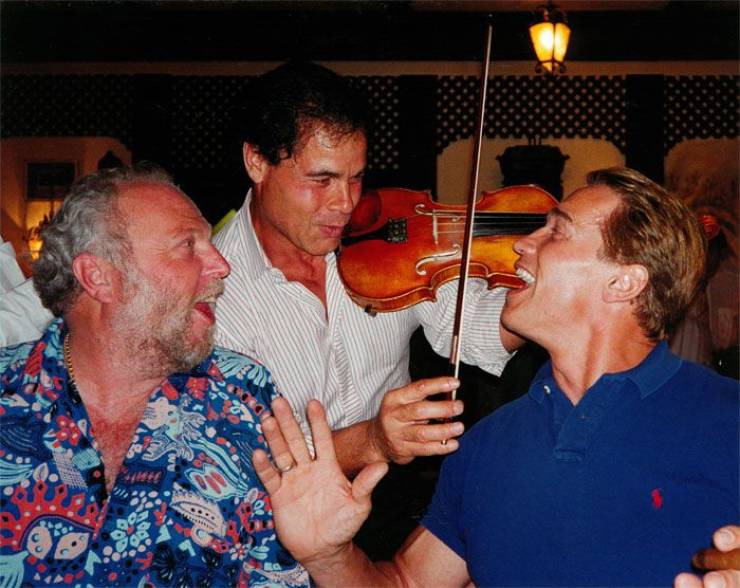 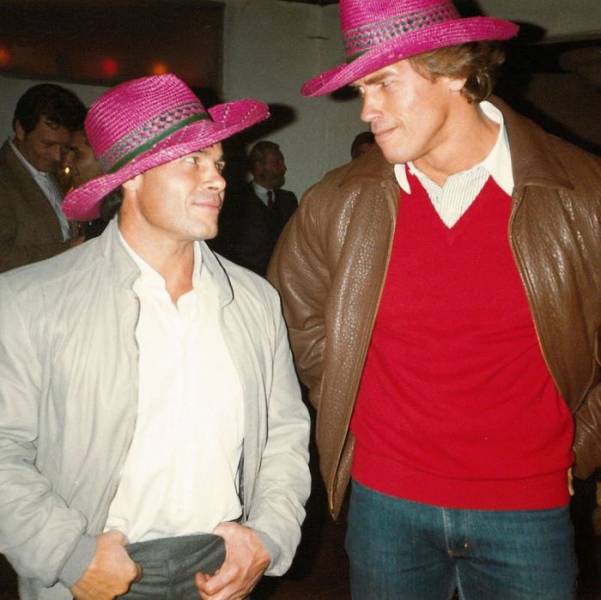 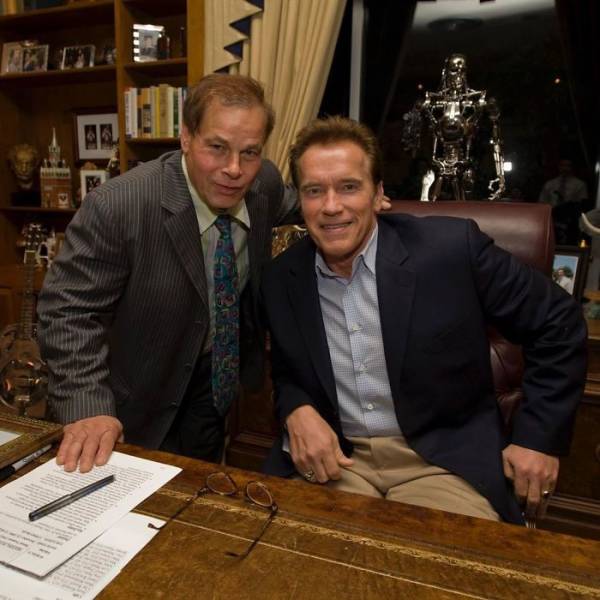 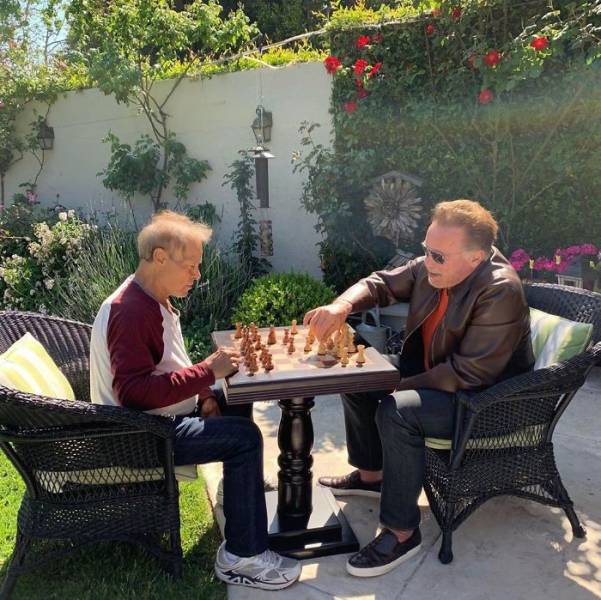 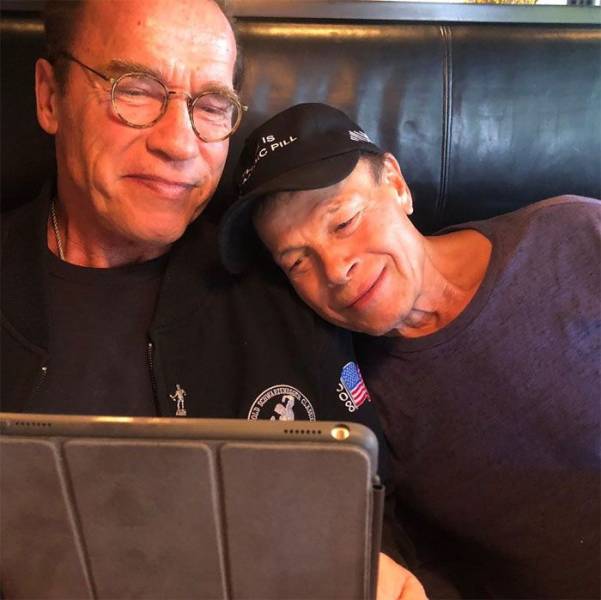 Mushroom 8 month s ago
This make me very sad, I had a friend of 34 years, we were like brothers. We did it all together, were dive buddies, I was twice his best man when he married, stood by him through his divorces and even literally saved his life twice. I once even smuggled him across international borders, risked my life so that my "friend" could be safe. Month ago he just betrayed me and stabbed me in the back. Now we hardly speak anymore and the great friendship is gone.

Life sure have a strange way of teaching you the hard lessons.