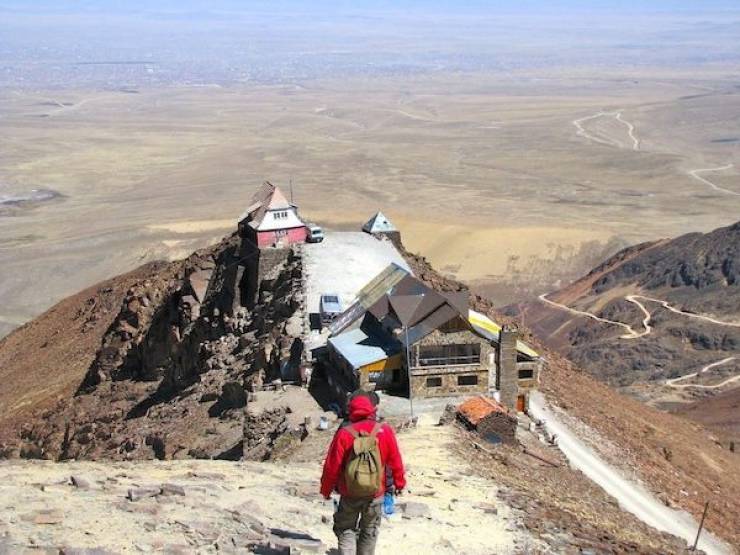 This was the only ski resort in Bolivia, and also had the distinction of being the highest in the world, with the highest restaurant. Opening in the late 1930’s, this was a popular place, and was actually higher than the North Base Camp of Mount Everest.

Then the glacier melted in 2009. The skiers stopped coming and the resort was shut down and abandoned, save for the restaurant which still operates sporadically for tourists willing to hike up.