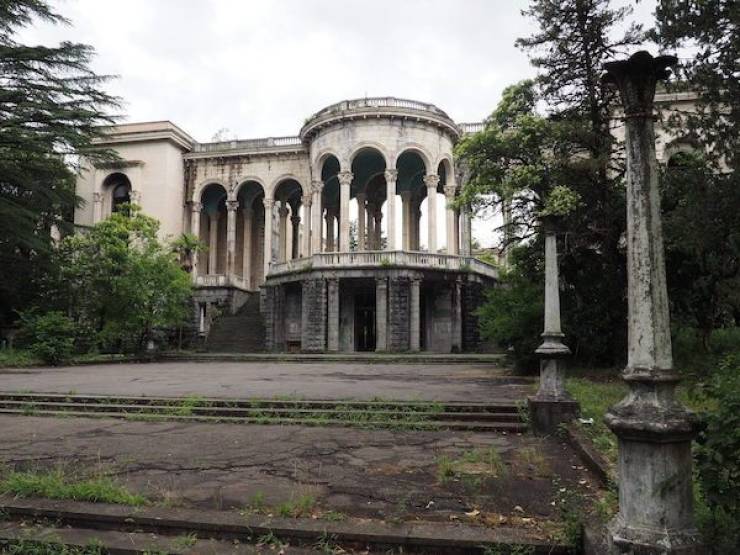 This was once a luxurious soviet spa town and the flagship of resorts, with therapeutic mineral springs and radon water therapy. Originally built in the 1920’s, there were 19 sanatoriums (for restoring sanity) and 9 bathhouses. At it’s peak, it received 4 trains/day from Moscow, full of visitors on state-sponsored health retreats. Even Joseph Stalin had his own bathhouse.

When the Soviet Union collapsed in the 1990s, the sanitariums were abandoned and left to decay and crumble.