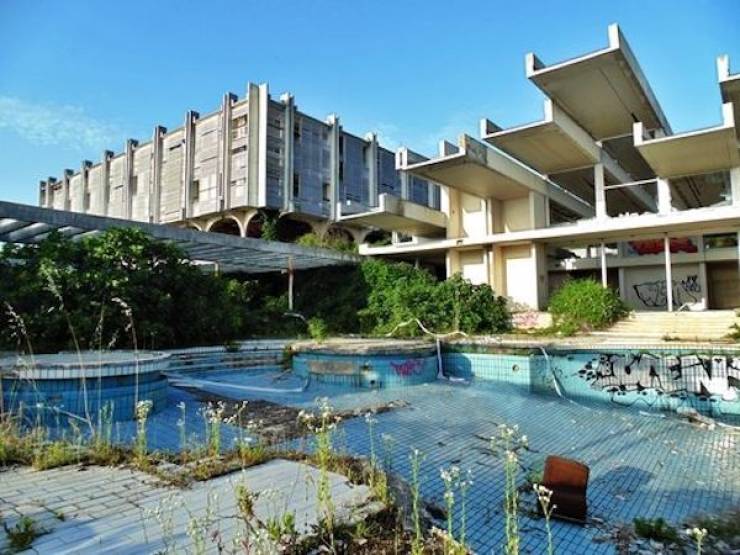 This hotel/resort resembles a crumbling 1970’s SciFi movie set. When it was built in 1971, it was a high-end destination and one of the most luxurious spas in the former Yugoslavia. It even counted Penthouse founder Bob Guccione as an investor and offered the Penthouse Adriatic Club Casino in the 70’s.

When war broke out in Yugoslavia in the 1990s and Croatia fought for it’s independence, the area became less tourist friendly and the hotel was abandoned and left to decay.