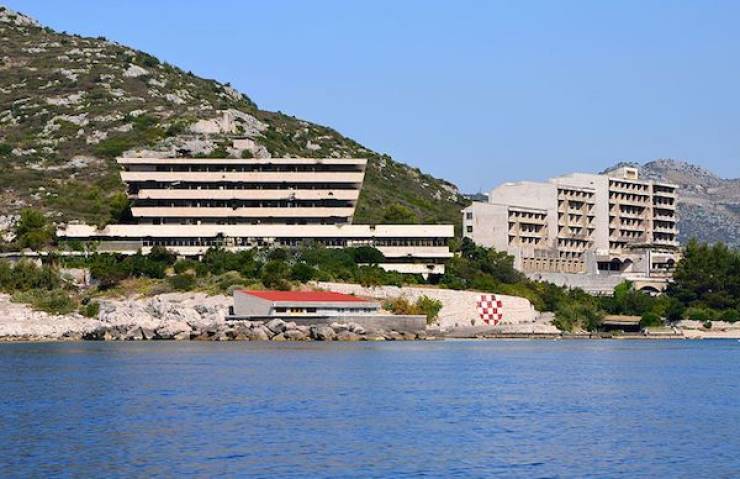 You might not know it, because it doesn’t get a lot of press, but the former Yugoslavia was a huge tourist draw from the 50’s to the 70’s. In the 1960’s, these 5 hotels were built to cater to both tourists and Yugoslav officers and their families.

But, during the 1990s and the War, the Yugoslav army looted and burned the hotels to the ground. Now, only shells remain of these once lavish hotels.