Florence Welch may have gone back in time to 1913 and modeled for this photo. 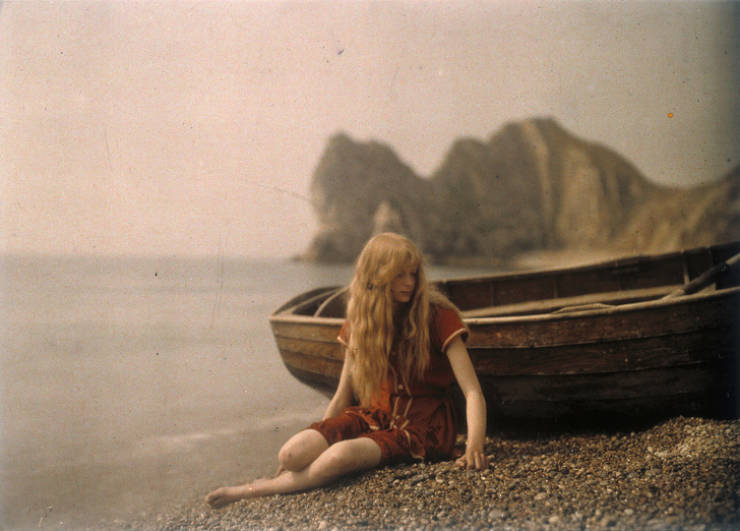 Washington, DC in 1935 might have looked very different, but I bet being stuck in traffic felt the same. 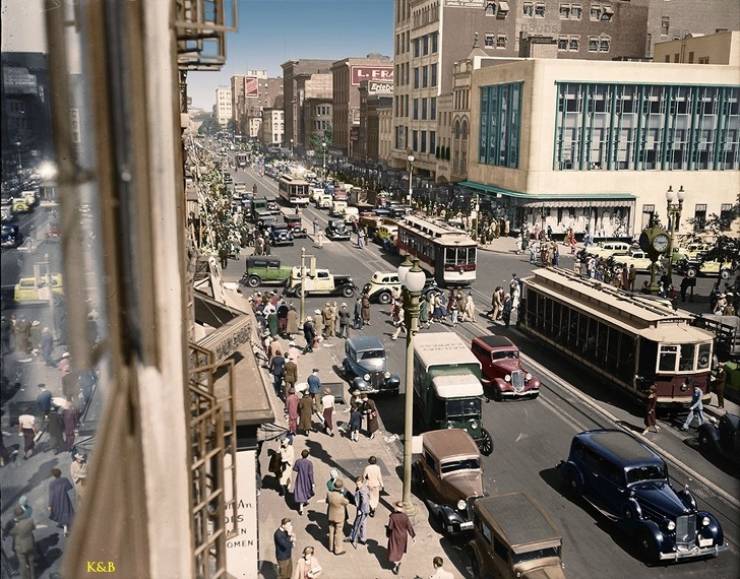 Here we are in 2019 taking a peek at this family’s Christmas of 1909 in full color. Isn’t it fascinating? 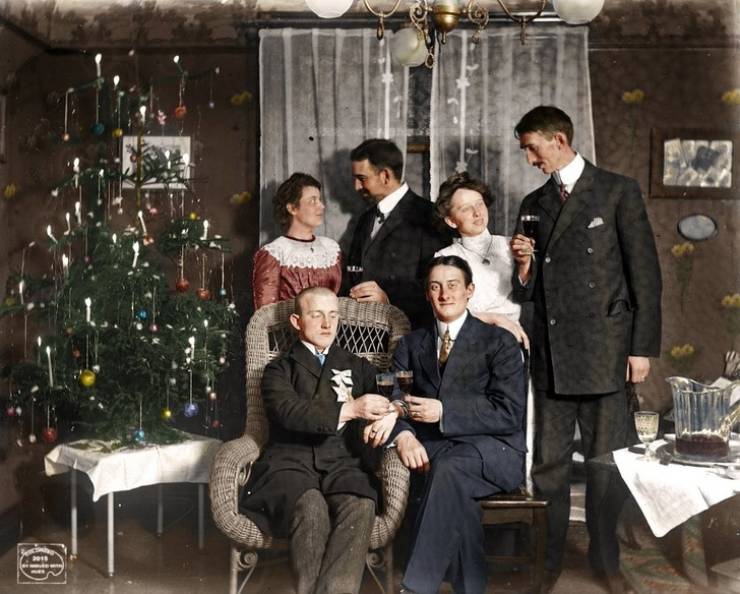 A traffic stop in Washington, DC in 1920 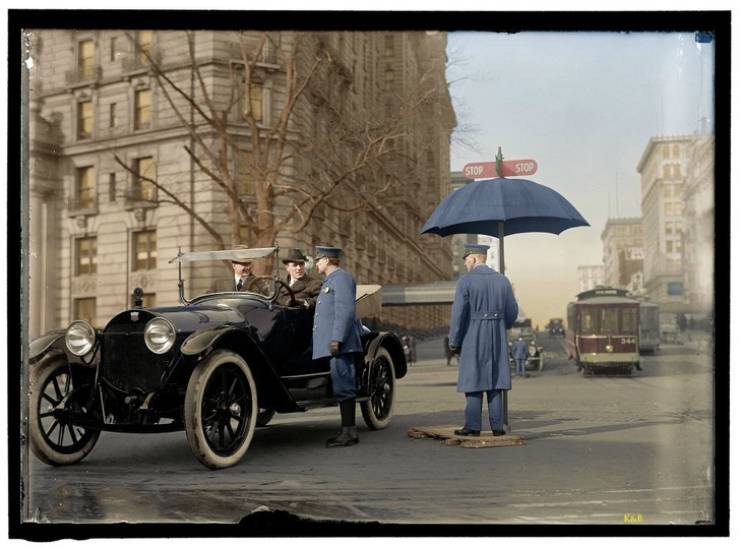 The swimsuit police, checking the length of a suit in 1922 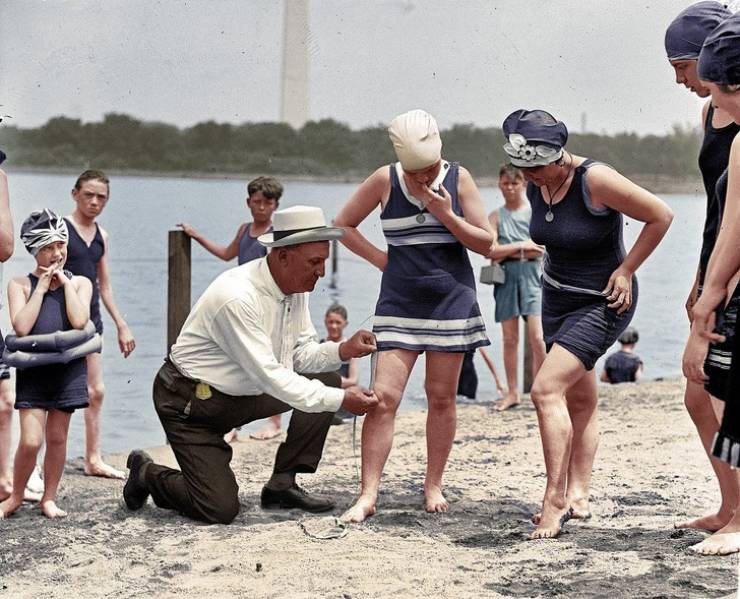 In case you’ve ever wondered about the inside of a pub in London in 1899, here’s your answer: 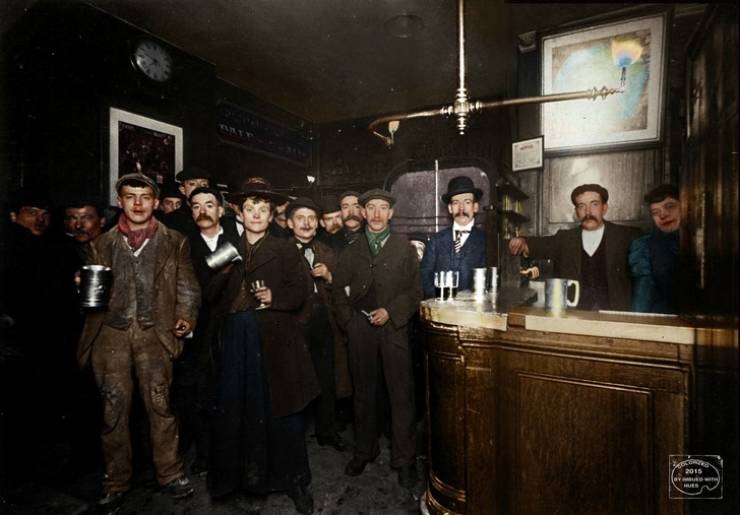 “An everyday sight in 1936: a man posing with his car and the ’City of San Francisco’ streamliner train” 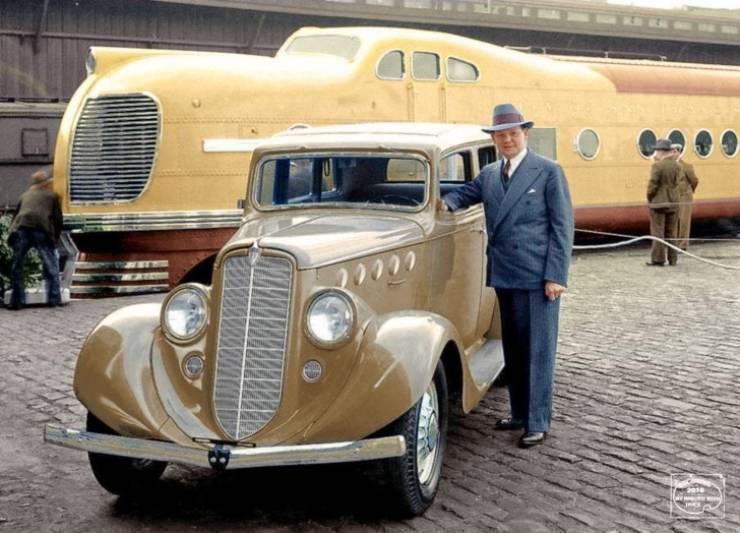 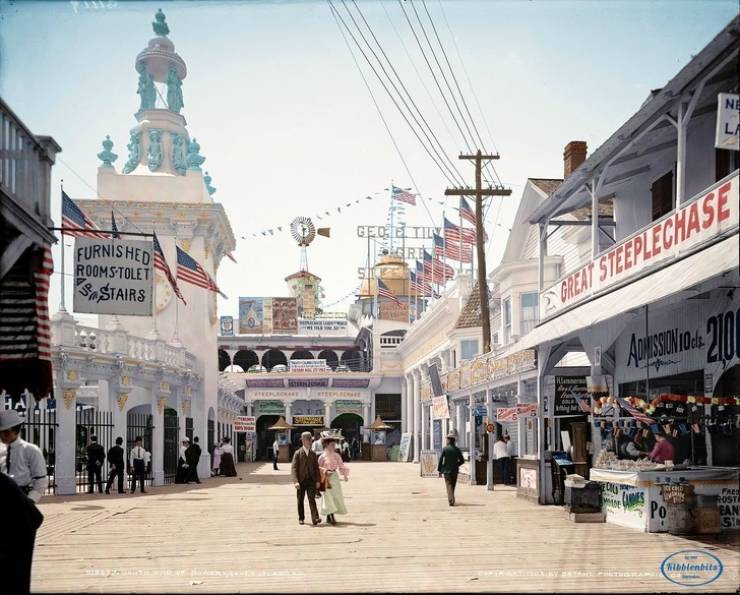 A glimpse into day-to-day life in Chicago, 1907 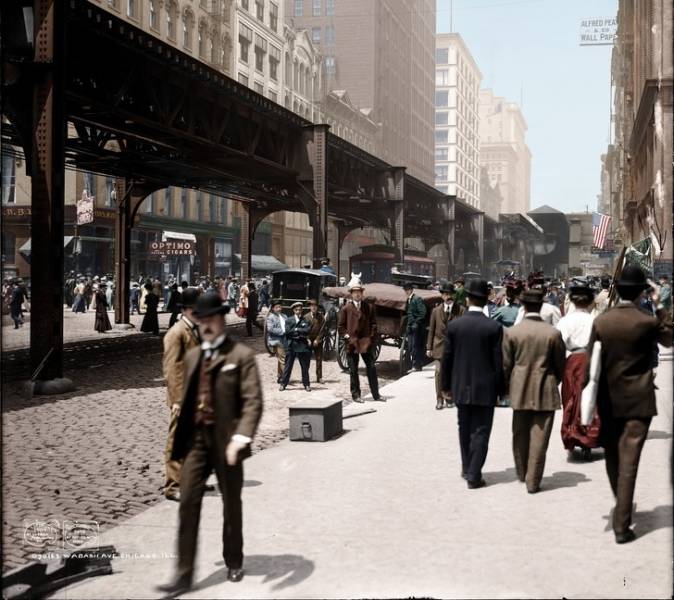 The Jersey Shore circa 1905, when sun umbrellas were just regular umbrellas and men went to the beach in full suits. 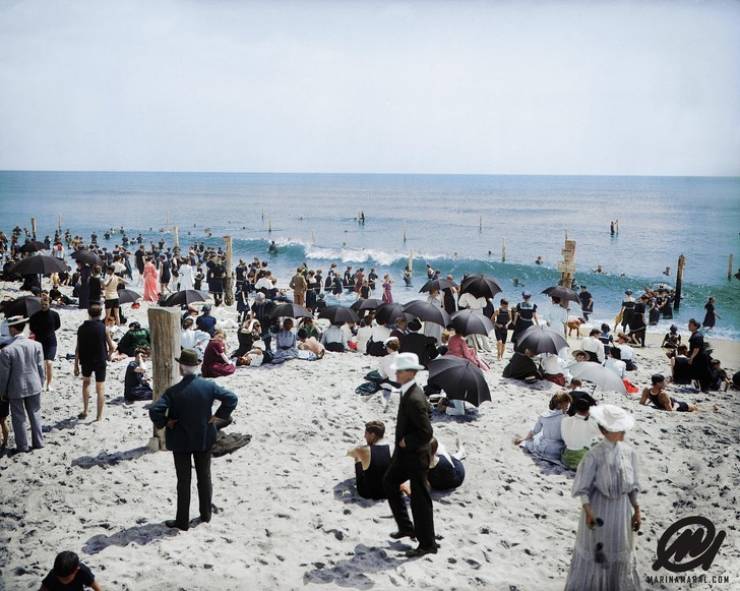 Apparently jogging hadn’t been invented yet in 1905. 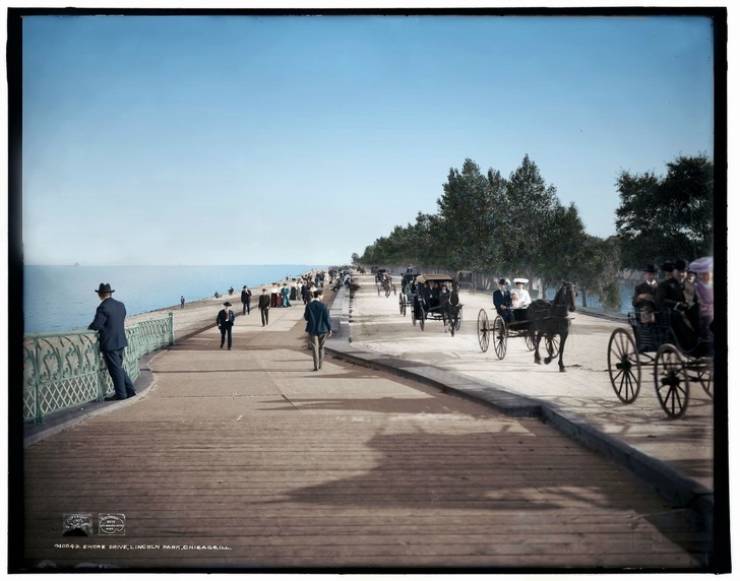 A steam train announcing its arrival with a characteristic cloud of smoke in Salem, Massachusetts, 1910 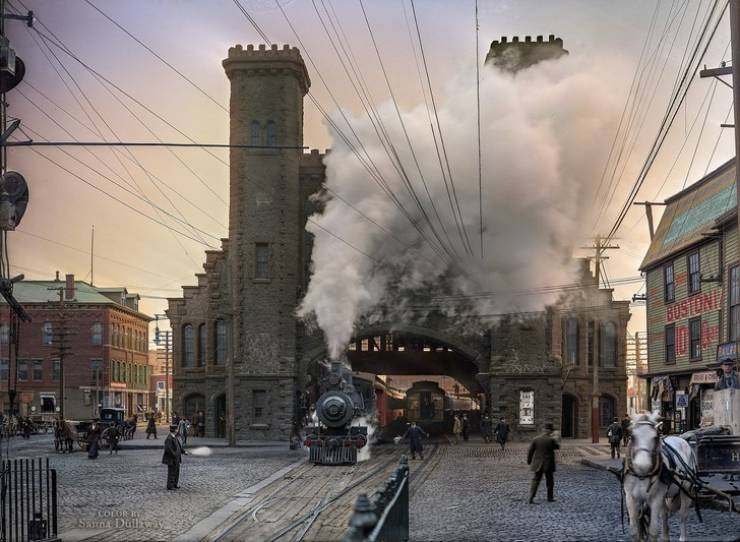 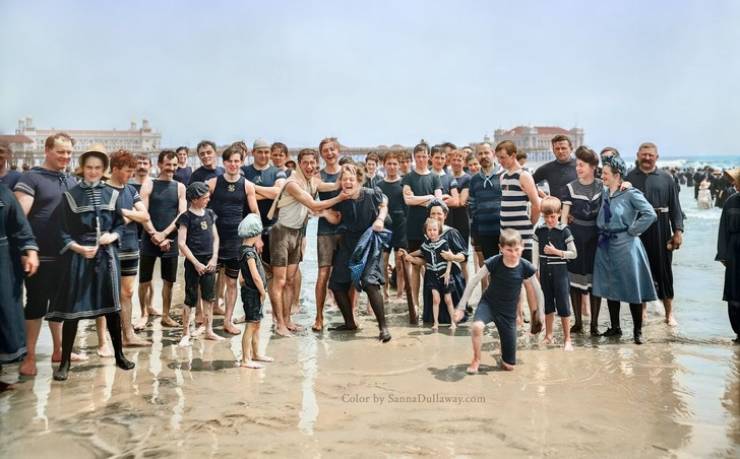 Perhaps this is what Camp Rock would have looked like in 1915. 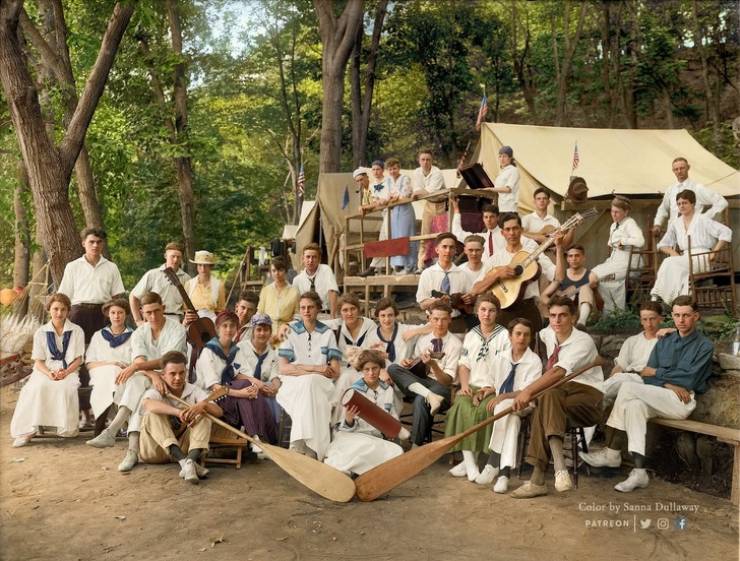 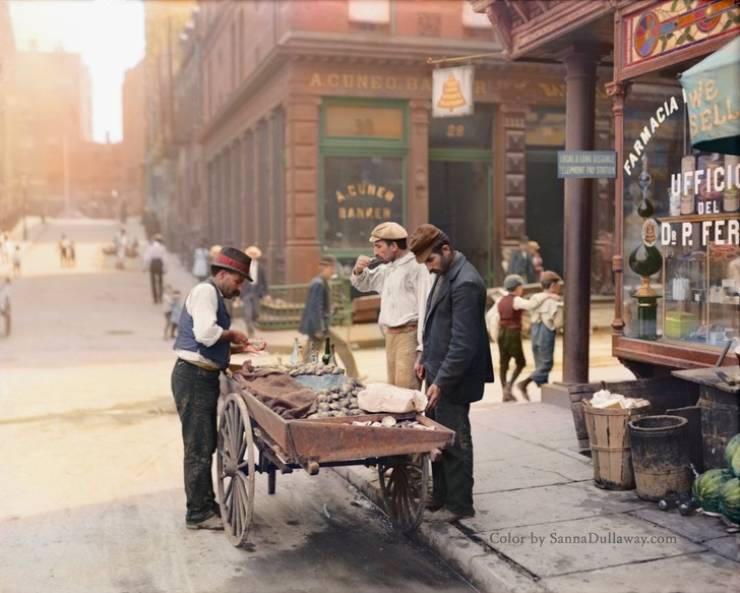 Children licking blocks of ice during a heat wave in 1912, New York City 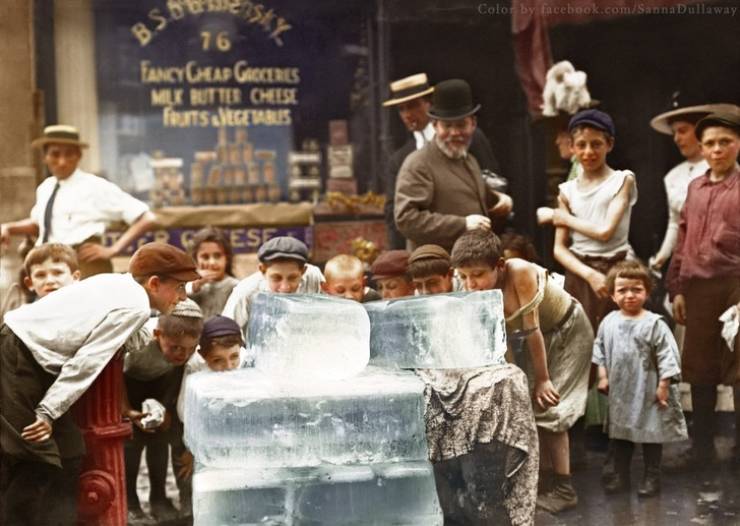 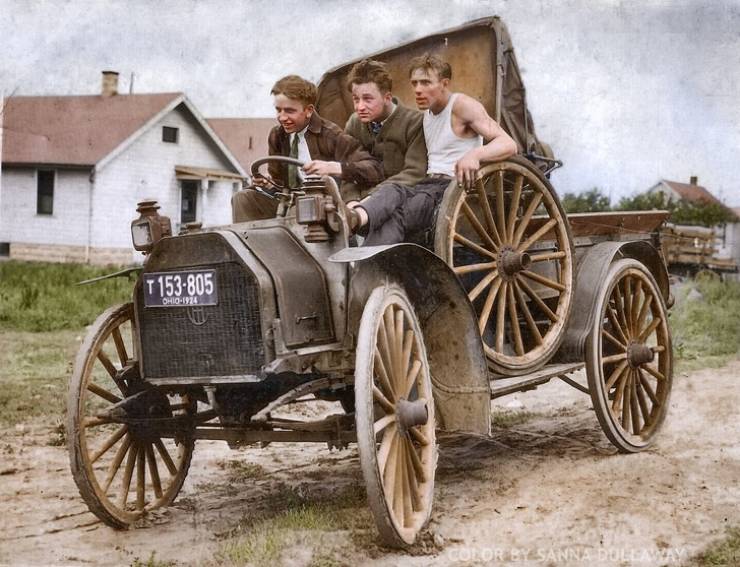 Back then they had the gift of making every activity look classy because of their outfits. New York, circa 1904 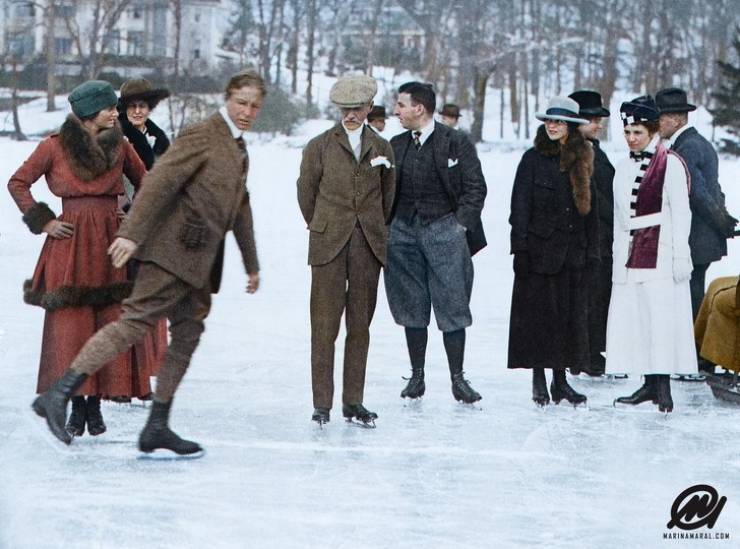 “Italian immigrants arrive at Ellis Island in 1905. Lost baggage is the cause of their worried expressions.” 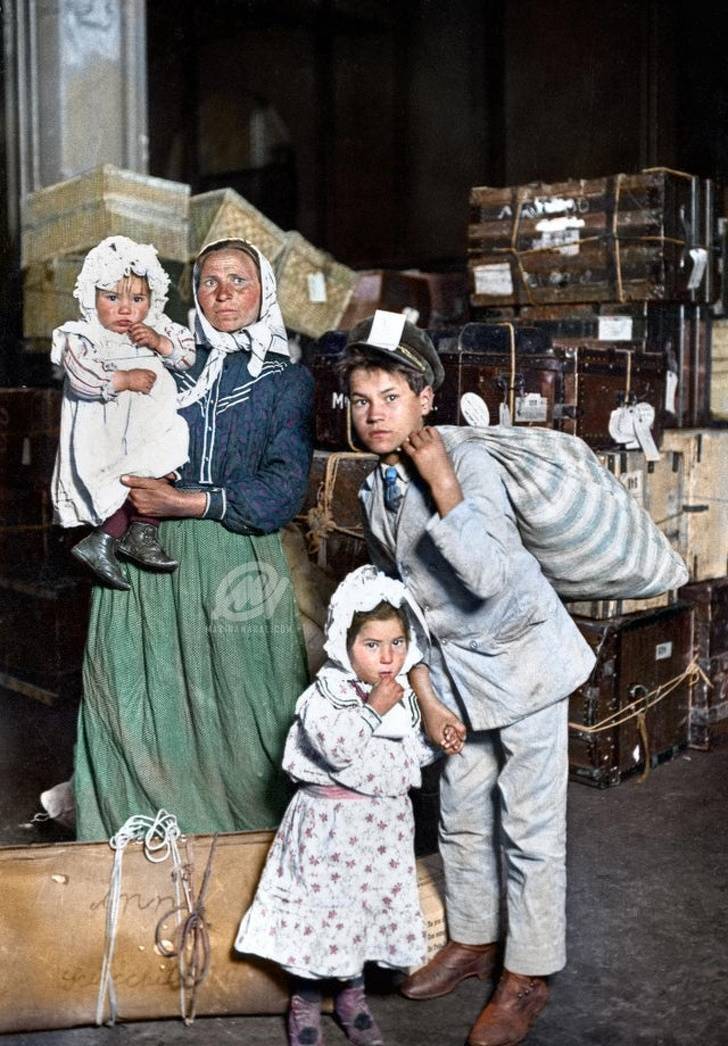 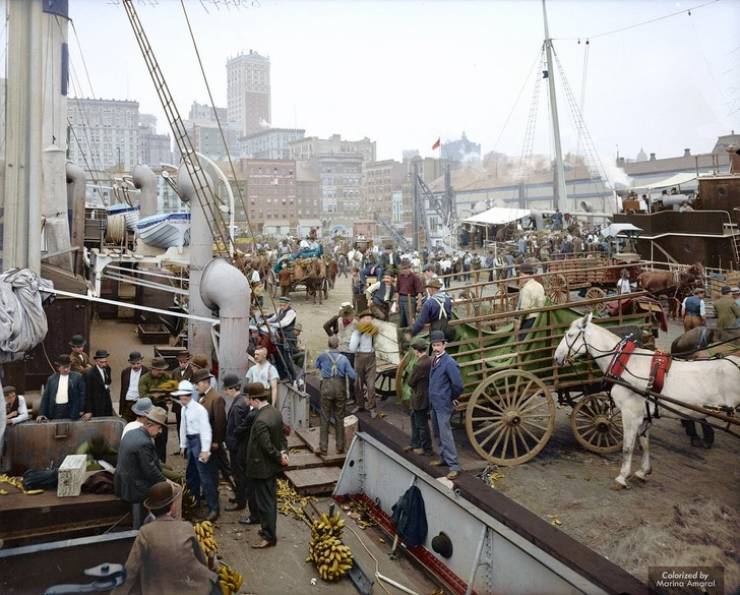 Gun 8 month s ago
kinda weird to think that every person in these photos is dead.
Reply
1

Zebra 8 month s ago
Carpe Diem! Some of these photos look like they've been touched & retouched so many times they don't even look real anymore. Many just look like a nostalgia painting.
Reply
-1

Shark 8 month s ago
Its clear that the word "colored" must be banned..
Reply
0

Tymusz 8 month s ago
...and replaced with "coloured"
Reply