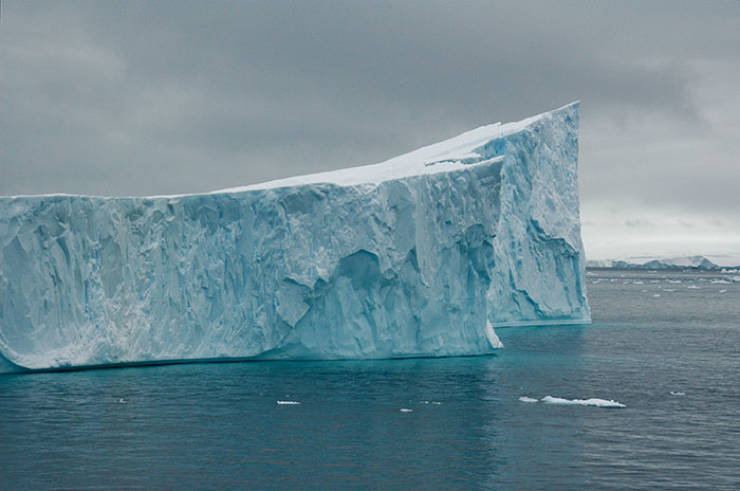 A colossal iceberg broke off of the Amery Ice Shelf in Antarctica on September 26th. D28, or the “Loose Tooth” as it is affectionately known, covers an area of 1,582km² & weighs in at approx. 315 billion tonnes. 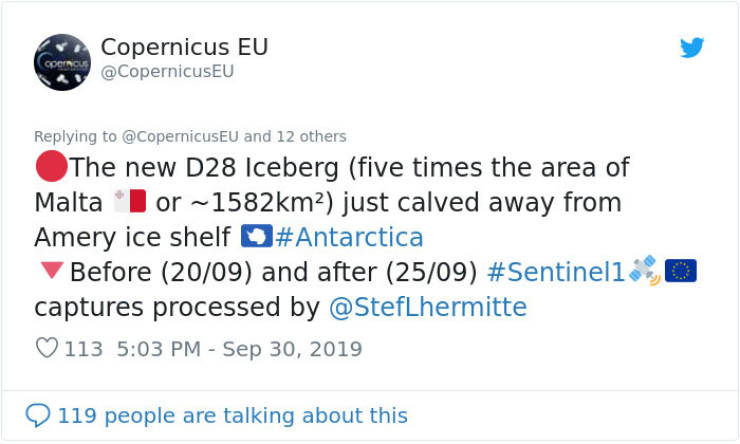 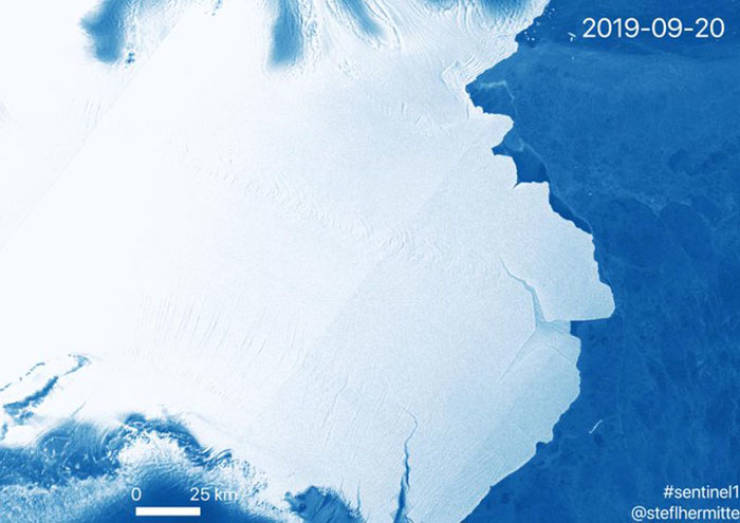 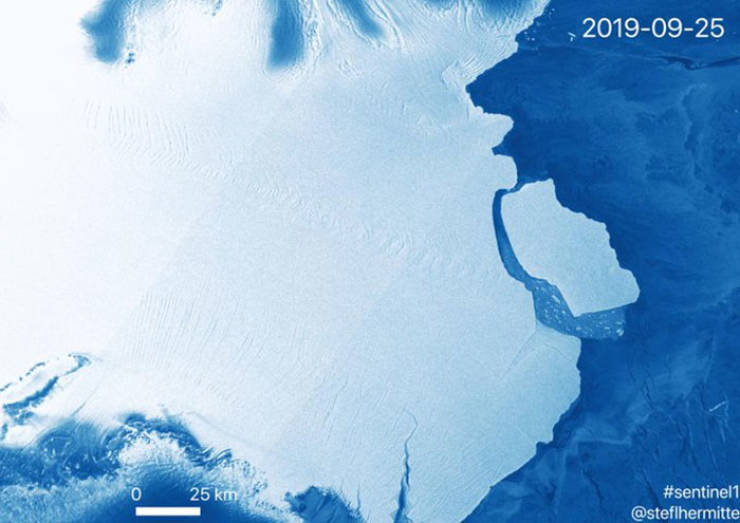 To put this in perspective, it’s larger than the entire Faeroe Island Archipelago & just a bit bigger than the city of Bangkok, Thailand. Talk about an icebreaker! 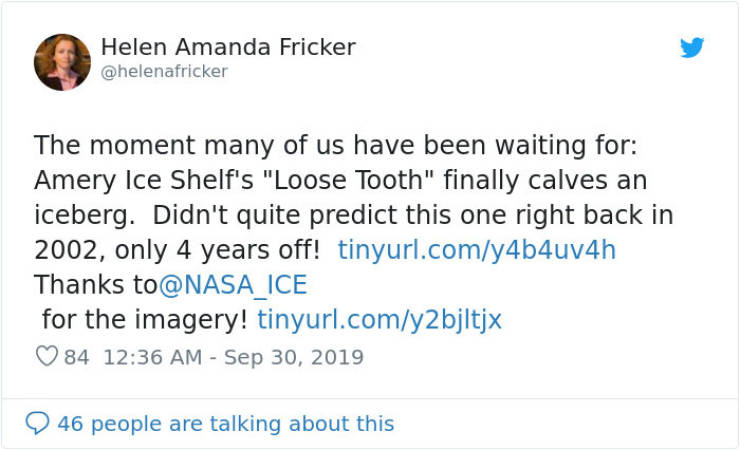 The breaking of the ice (also known as calving) is a natural process whereby the ice shelf loses a chunk of its glaciers, this way balancing the amount of snow that collects upstream. 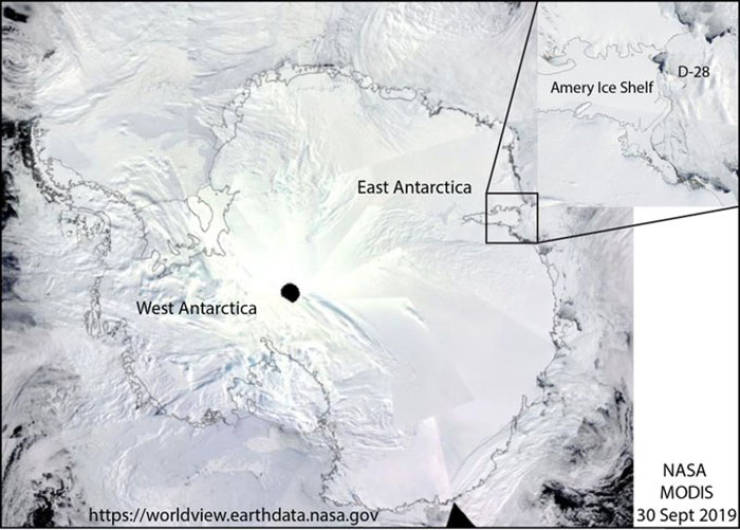 Scientists predicted that the Loose Tooth would break off eventually & monitored the progress over the years. Prof Helen Fricker from the Scripps Institution of Oceanography, reassures that this event is not the result of climate change as satellite records show environmental balance in the Amery Ice Shelf. 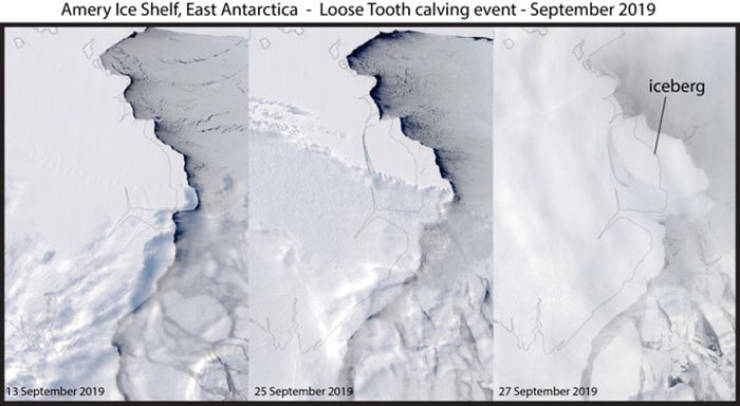 The Amery Ice Shelf is also the center of another major calving event. Back in 1962–1963, a massive 9,000km² ice chunk (roughly 6× larger than the Loose Tooth) broke off & drifted into the ocean.

Calving is a common occurrence as it is estimated that around 40,000 small to medium icebergs break off from Greenland alone. However, none of them compare to the behemoth that the Loose Tooth has proven to be.

Concern 1 year ago
Obviously you're not a guy. A guy would use duct tape.