Emily Clow applied for a marketing position in “Kicka$$ Masterminds”, but after they saw her bikini photo on her Instagram they not only refused to hire her, but also posted a shaming post about her on their own Instagram.

After a company – which the internet quickly discovered to be “Kickass Masterminds” – publically shamed a female job applicant for having this bikini photo on her Instagram, the internet lost its effing mind.

Literally overnight, the whole internet rallied with Emily Clow against Kickass Masterminds for their ironically unprofessional way of shaming her. Because, if a normal company didn’t like something on an applicant’s social media they simply wouldn’t hire them. That’s it. 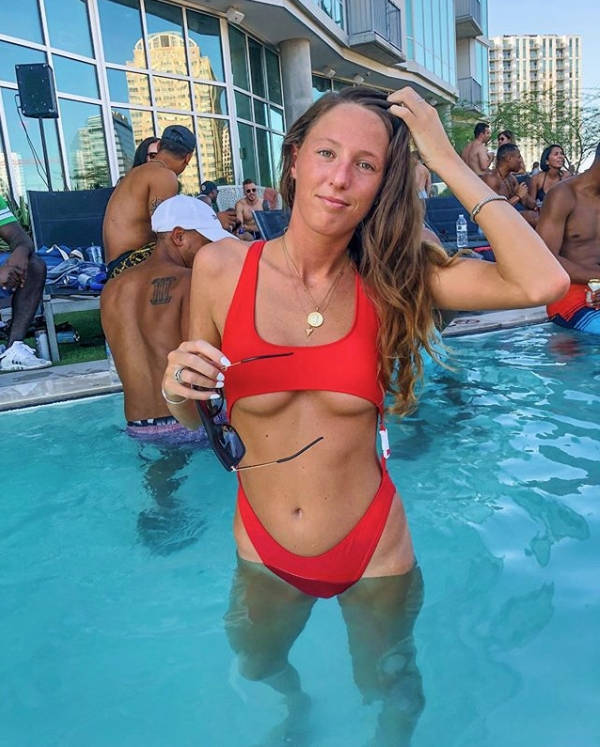 This is Emily Clow and the photo in question that was taken from her Instagram. But of course, in the company’s “incriminating” screenshot her face was cropped out (likely to protect her privacy), but making it look more scandalous by essentially being a close up of her body (which it originally wasn’t). 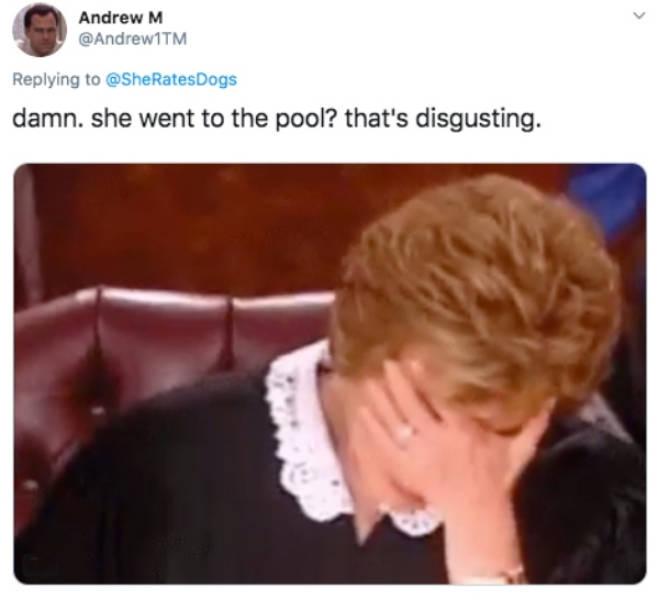 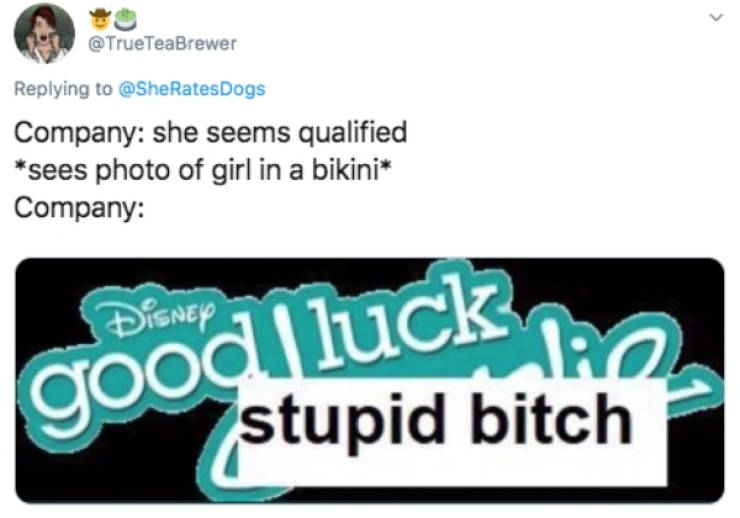 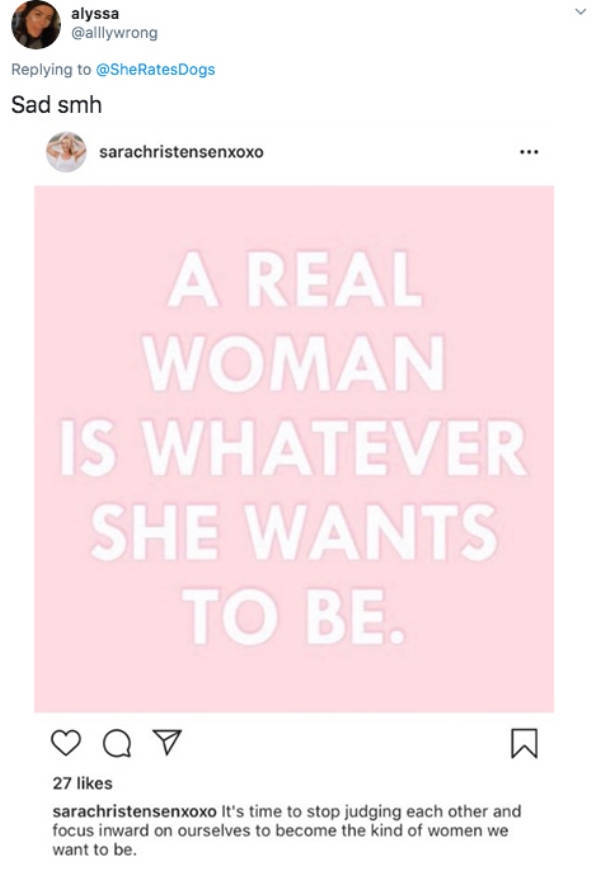 The most ironic part of the whole situation is that Kickass Masterminds (CEO Sara Christensen) is supposed to be a women-driven company that supports and encourages other women. Awkward…

And for those wondering, Kickass Masterminds is a consulting firm that specializes in “expert-led, professionally organized, rigorously curated mastermind groups for entrepreneurs and business executives.”

Yea, I don’t know what that means either. 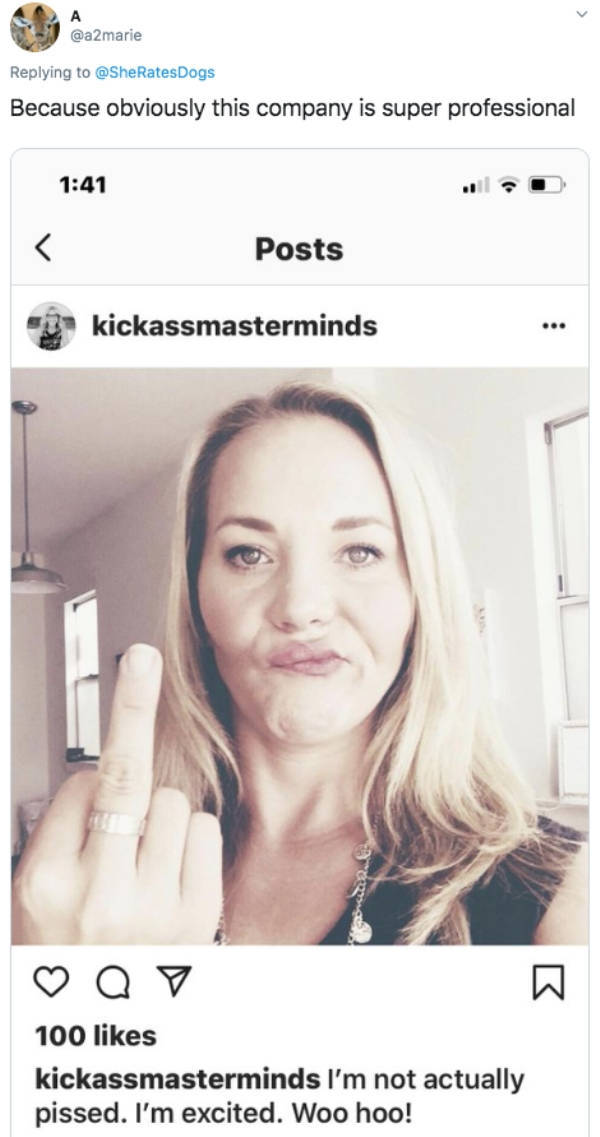 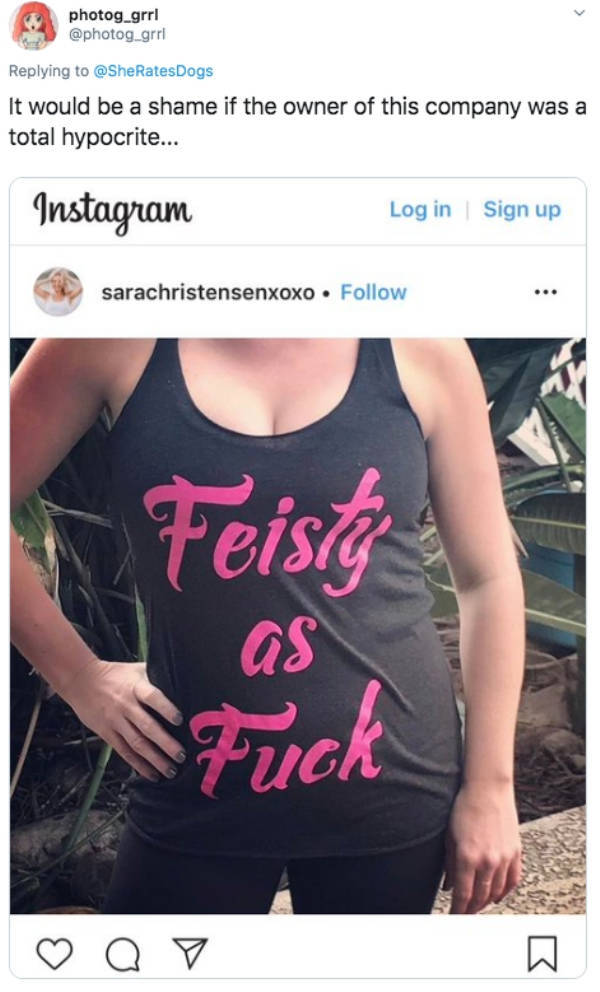 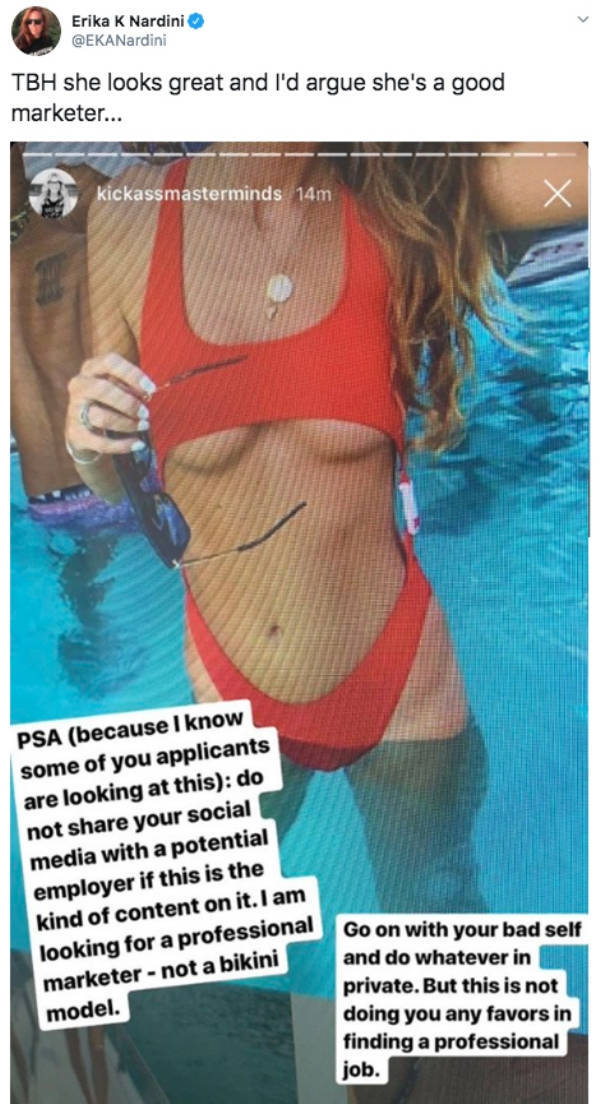 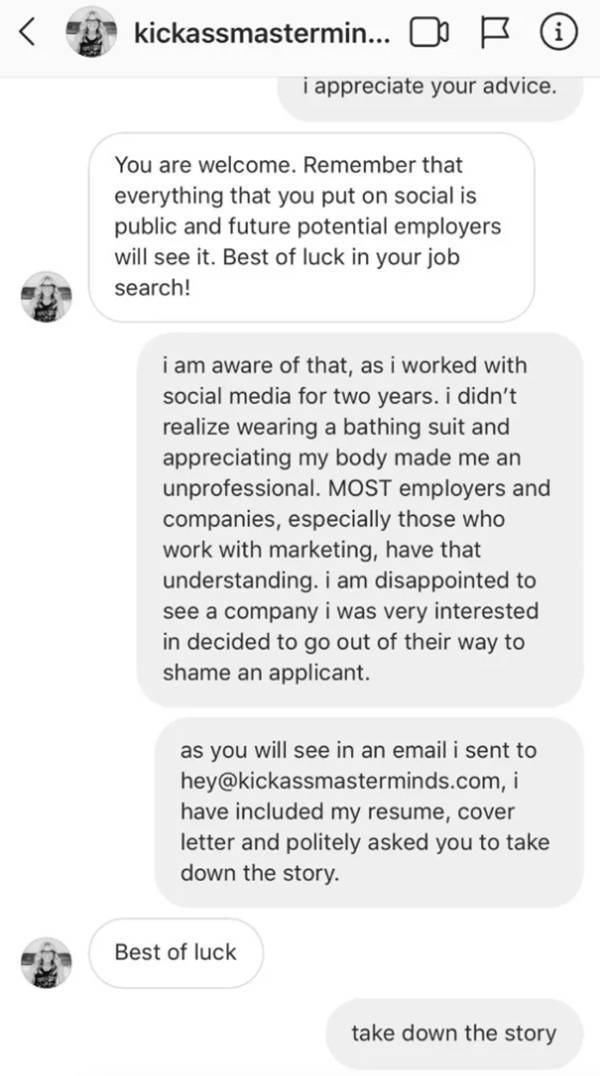 After their post, Emily asked Kickass Masterminds to please remove the post they made shaming her. They didn’t of course, because I think it’s fair to say they’re jerks.

But then the tables turned. Kickass Masterminds has been getting so much backlash that they’ve since deleted their Facebook and made their Instagram private and disabled all comments. Even their company website has been taken down.

Alive 7 month s ago
Turned all their social media accounts private and their website is now blank. What a bunch of [email protected]#$$%g cowards.
Reply
7

Condition 7 month s ago
Hahahahahaha! I love it when smug Little Hitlers think they have all the power and find out otherwise.
Reply
2

Everybody 7 month s ago
boobs
Reply