30-Year-Old Man Gets Kicked Out Of His Parents’ Place, Becomes A Choosing Beggar (13 pics + 6 gifs)

In the craziest choosing beggar story I’ve heard in some time, a 30-year-old man recently created a Facebook post looking for free rent. I’m not talking about a ‘please help a friend out’ situation or even a ‘will work for room and board’ sort of thing. No, this grown a$$ unemployed man had a list of demands for his future living space. 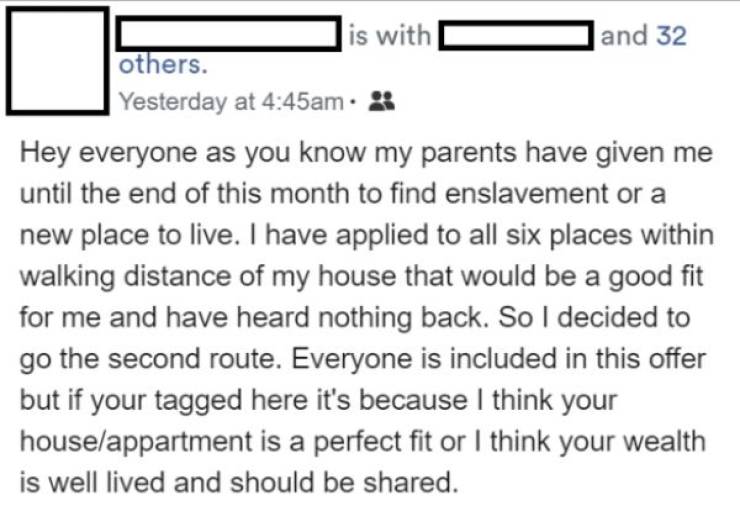 Instead of finding a job (aka enslavement, apparently) this basement dweller believes that people should share their wealth with him.

I will say the dude has got some serious balls to tag people he knows in the post. Entitled might be an understatement. Now let’s see his list of demands. 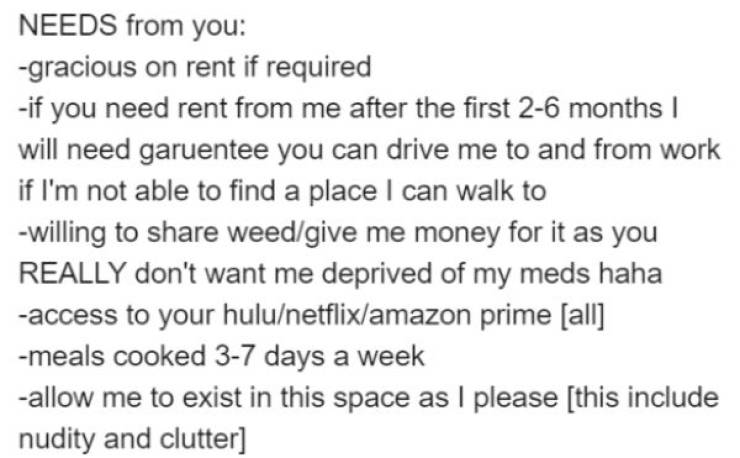 This guy has a real-life Step Brothers vibe going on. I’d say I’m surprised his parents put up with him so long, but that might be part of the problem…

Find a job? Nah, why do that when you can boss around a total stranger while you demand to live with them! 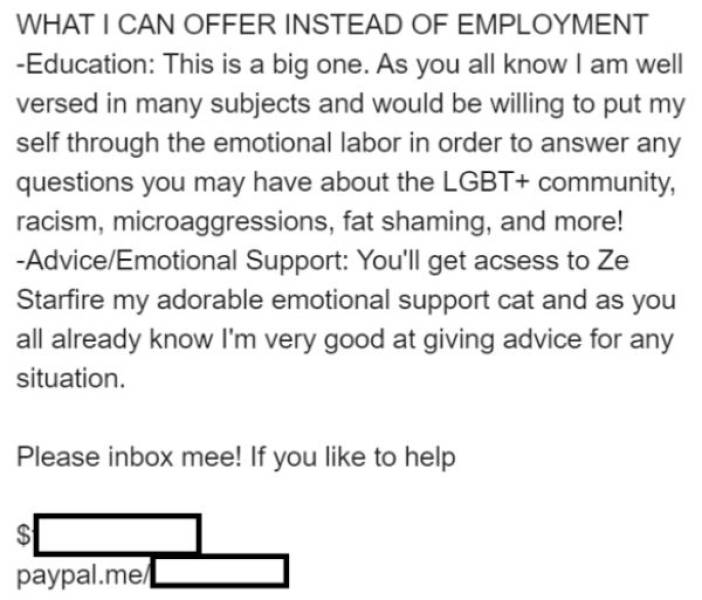 How generous! When you aren’t carting him around like Driving Ms. Daisy or supplying him with ganja he can ‘educate’ you about the important issues! Don’t forget about the emotional support cat. (Speaking of which, that cat probably needs an emotional support animal of its own just to put up with this guy.)

Unsurprisingly, people were having none of this nonsense. 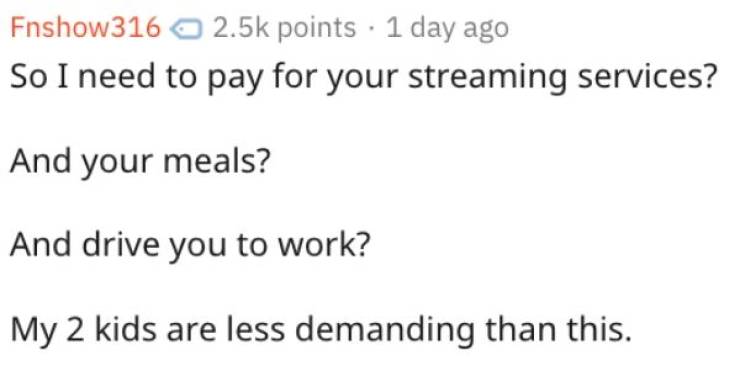 This guy is going to have a hell of a time out there in the real world.

Circus 7 month s ago
I pray to god this isn't real...smh
Reply
2

Other 7 month s ago
Why do people absorb this sh*t? This does not exist. These people do not have friends. its like the wedding fables. You are not the kind of person that demands you cut your hair and send $5000 to attend my loveless marriage and still have friends. Pure unmitigated bullsh*t.

Refuse to pay around of drinks once and never hear from people again but ask to move in nude and cluttered for free and you think you have friends?

People 7 month s ago
Reminds me of the book, A Confederacy of Dunces. Funniest book I ever read.
Reply
0

Visit 7 month s ago
@ other yes it is real, do a bit of research and see for yourself~!
Reply
0

ChrisR 7 month s ago
If this guy is for real I'm pretty sure his parents can file for "post-natal abortion" and have it approved within a week.
Reply