Teacher Tells His Students The True Story Of Columbus, Posts Their Responses (19 pics)

Nathanael Madden, a teacher at Cold Spring Elementary, taught his students the untold history of Columbus 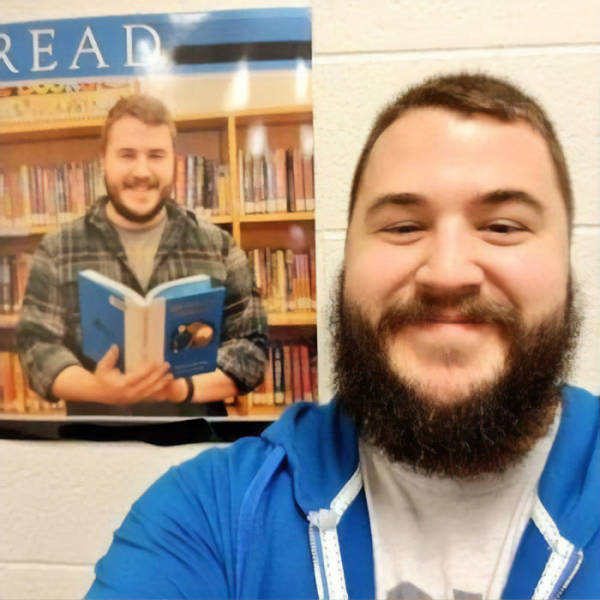 Back in 2016, Madden was strongly moved by awful acts of racial injustice and police brutality hailing through the country. This made him question whether he knew enough about this topic and whether it has been taught properly. As a teacher, he felt a duty to know more about the matter of racial inequality.

So, he hit the books. After some eye-opening research came Columbus Day and Madden decided to tell the true history of Columbus as a slave trader, murderer, and colonizer in his class. Following the lesson, he asked the students to reflect upon what they heard: what new information have they learned, how has this affected them, and why is it important to learn? 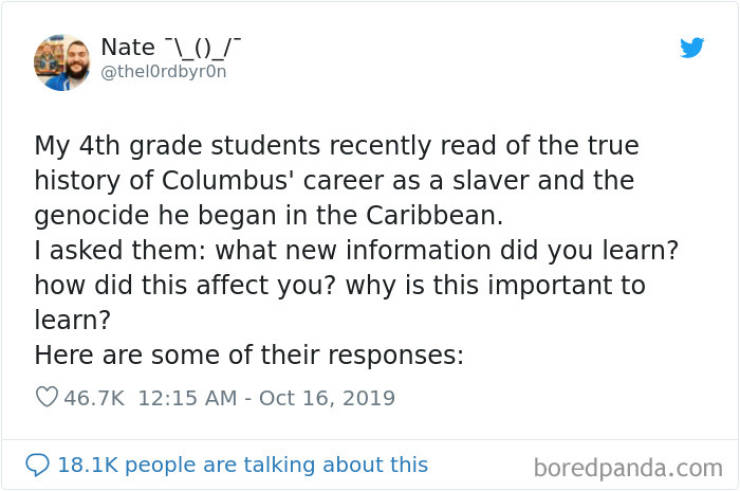 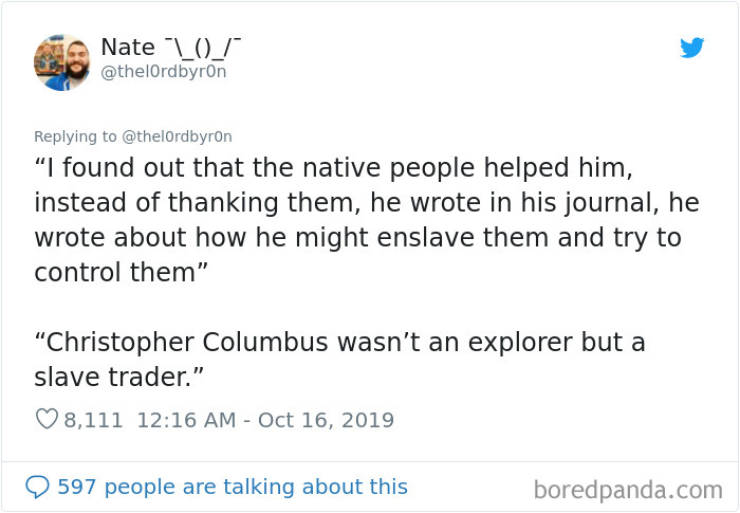 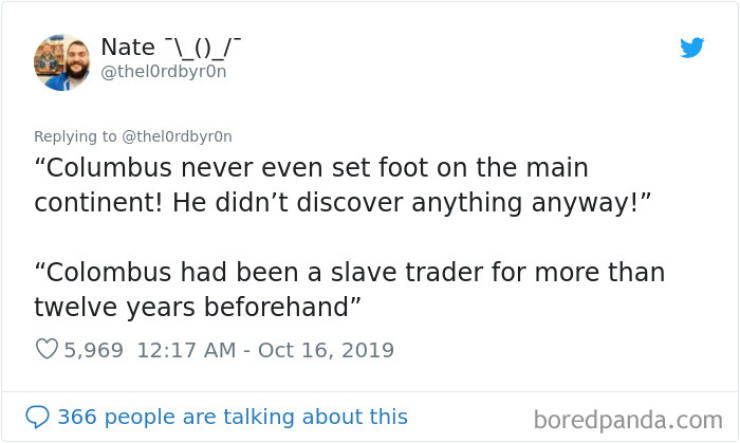 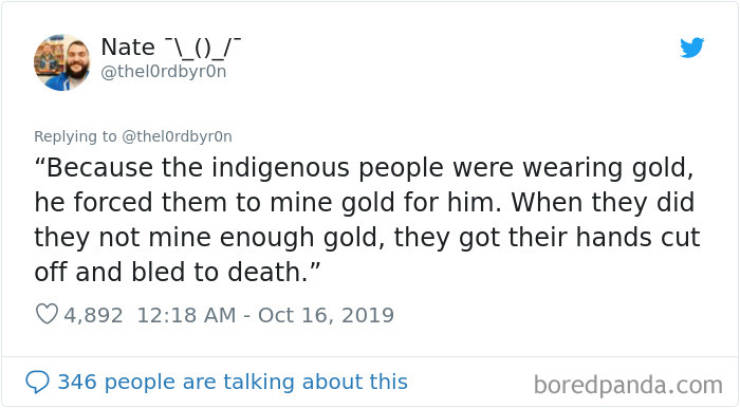 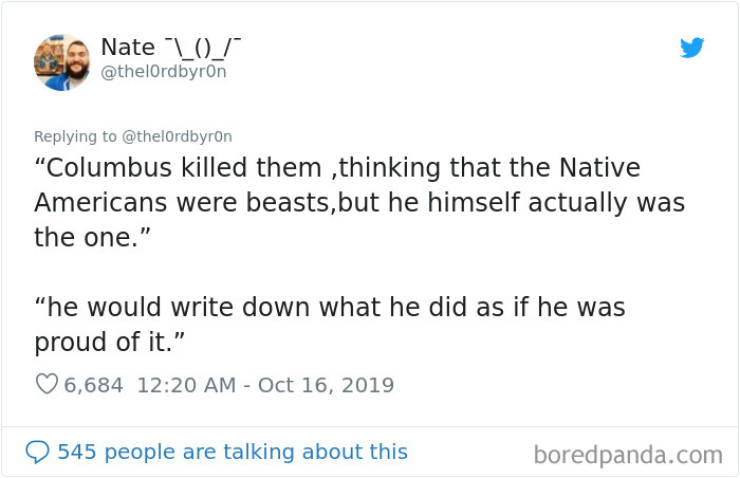 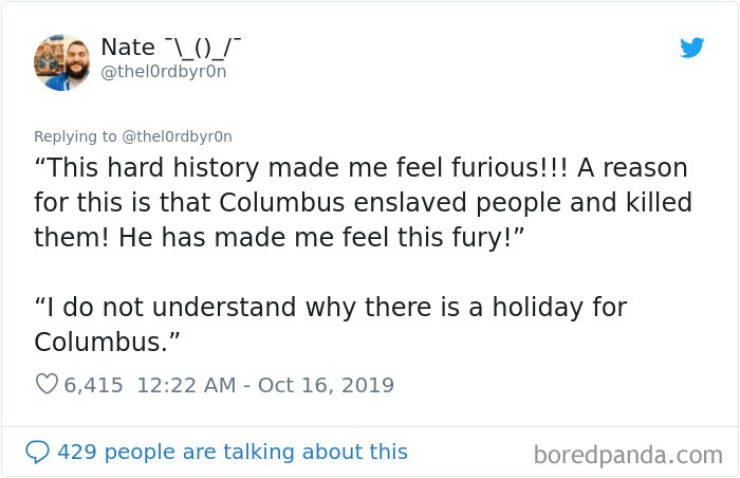 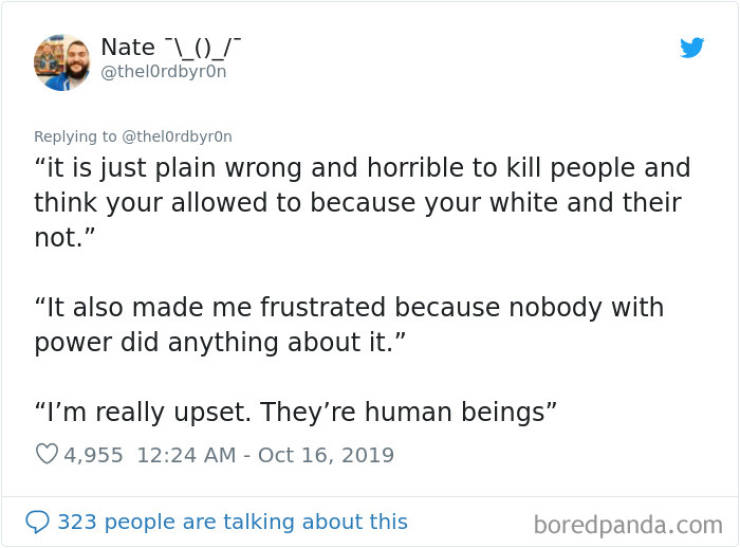 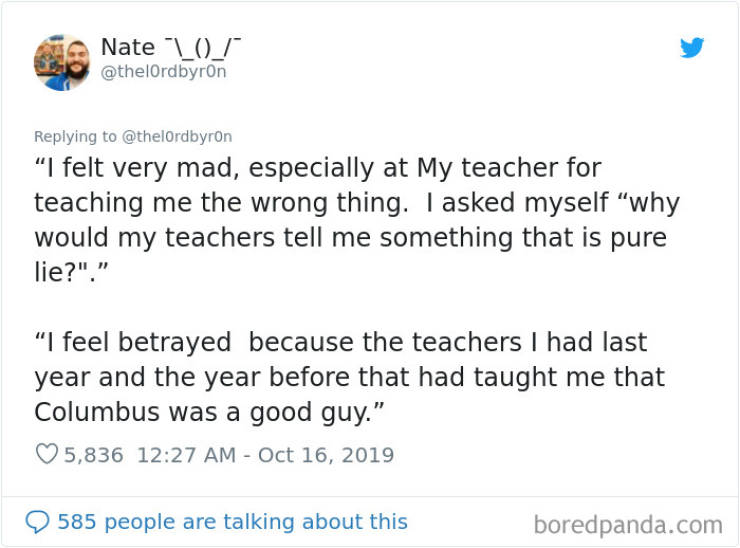 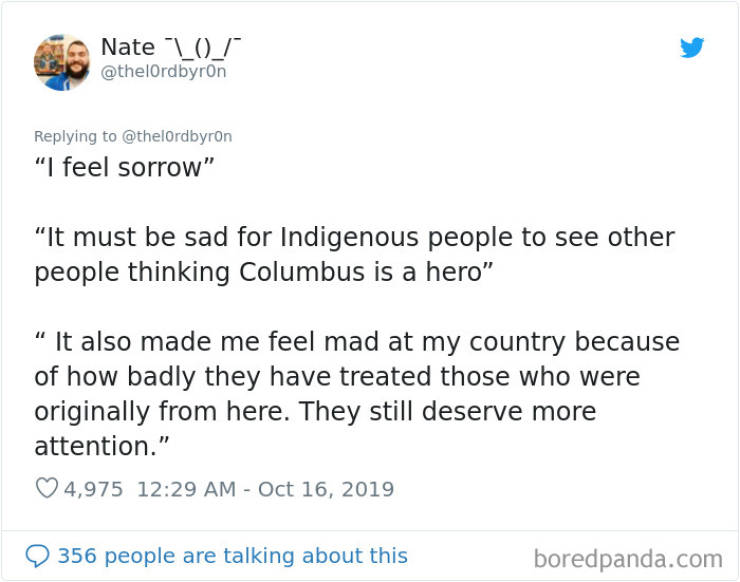 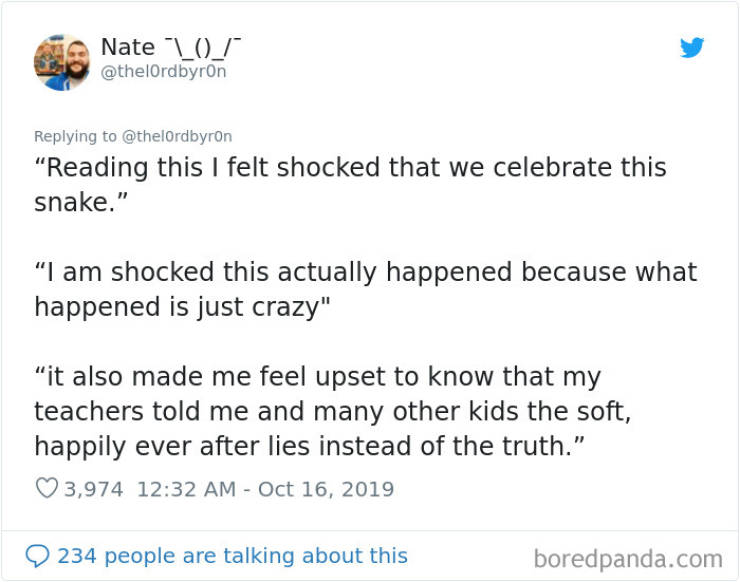 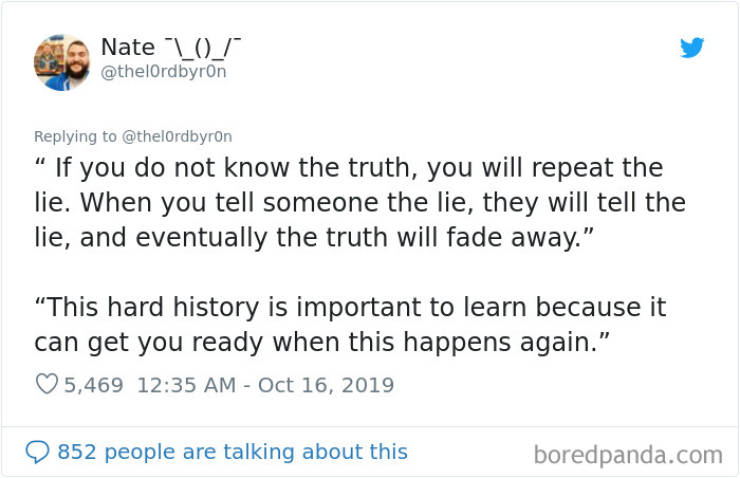 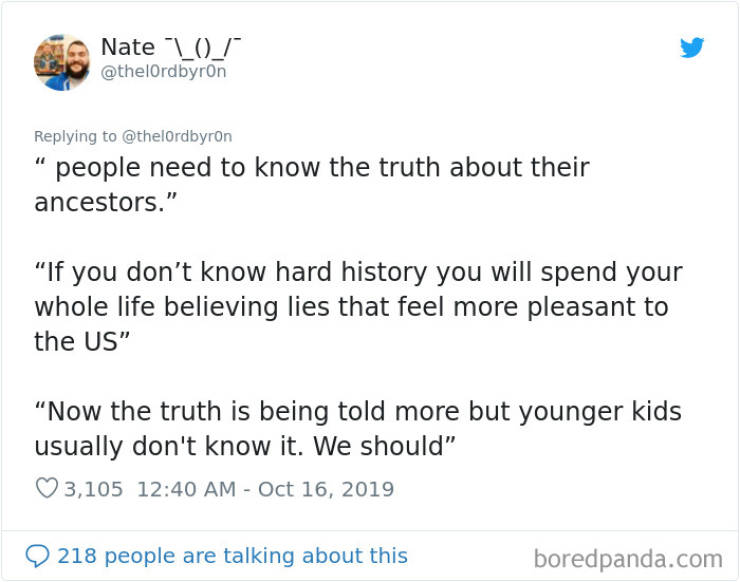 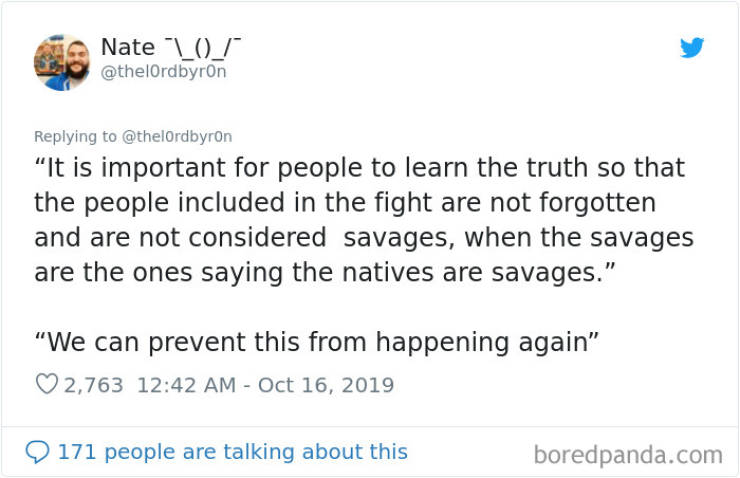 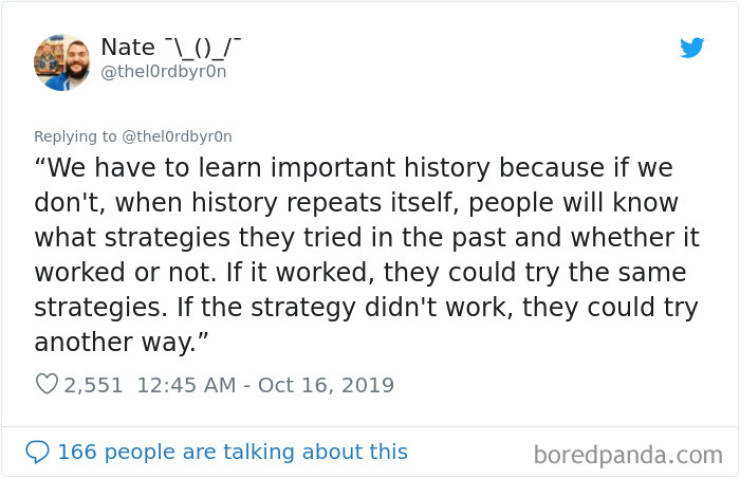 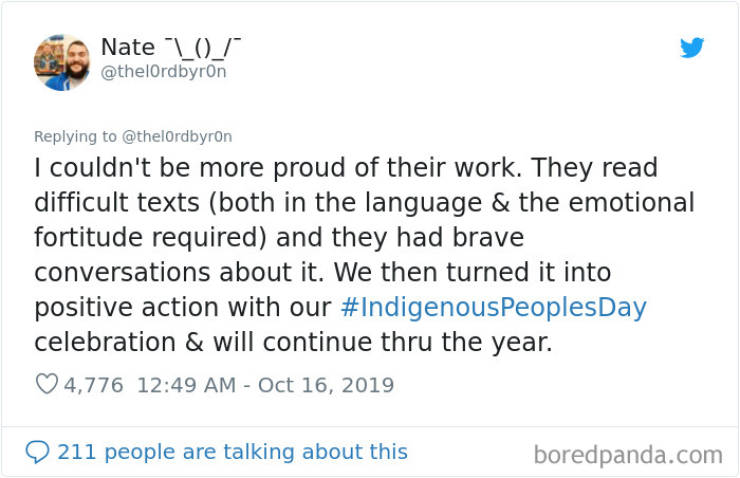 “School is often a very confining and controlling place for kids, and I want to create a space for students to feel liberated by learning,” explained Madden. “I want all students to feel that they are free to be who they are and that they have a place of belonging in my classroom.”

He continued: “This also means that we can’t ignore our world’s current realities, as well as how everything has been impacted by historical realities. Through my teaching, I constantly encourage and challenge my students to be critical questioners and critical thinkers so they can be active and informed participants in our world.”

Columbus Day is a national holiday in much of the Americas as well as Spain, Italy, and ethnically related locations. The celebration honors Christopher Columbus, a 15th century explorer, and his arrival to the Americas in 1492.

However, there is an often untold side of the history of Christopher Columbus. Few mention the slavery and serfdom systems Columbus put together to systematically subjugate the American Natives. Besides that, there was violence towards the American Natives and Spanish colonialists. And, to top it all off, many of the Natives died because of diseases that the expeditions introduced to the newly-found continent. 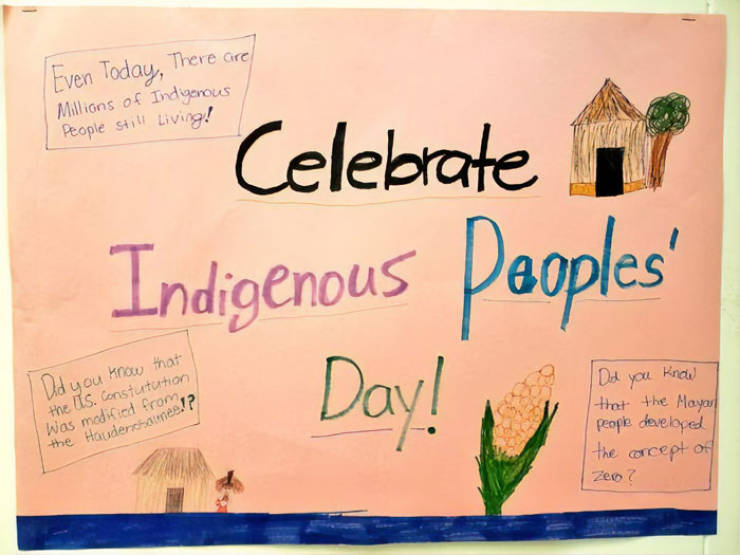 The class also made posters and plastered them all over the school to honor and to show solidarity with the Natives. Some students even went so far as to write to the school’s administration in hopes of changing the holiday celebrated at the school.

When asked if his colleagues, the parents of students or others in the school reacted in the same way his students did, he said: “The reaction has been almost entirely positive for me and my classroom, but I know this is not the case in much of the country.”

“For so long, particularly in the US, the story of Columbus as a heroic explorer has been the dominant narrative, erasing and ignoring the voices of Indigenous peoples who have known the truth for centuries,” elaborated Madden. “As we grapple with the myths of American exceptionalism and start listening to the voices of different marginalized groups, we can uncover the truths of history.” 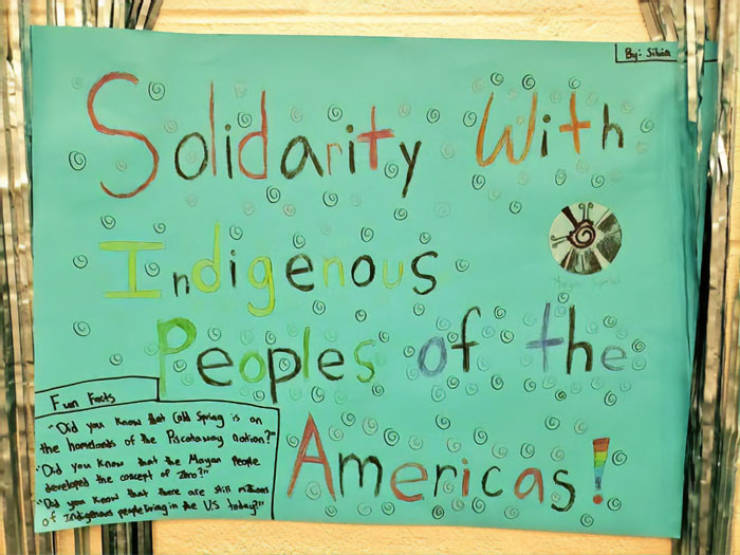 Maryland is one of almost half of the US that observes Columbus Day and recognizes it as an official holiday. The students decided to flip it around and to instead celebrate Indigenous People’s Day—a holiday that is celebrated by just three states at the moment: New Mexico, Maine, and South Dakota (where it’s called Native American’s Day).

The young educator’s viral tweet serves as an inspiration and a wake up call for all teachers to not shy away from showing the entire picture of things: “I am not the first person to teach this history and I will not be the last. I am following in the footsteps of others, primarily Native educators, scholars, and activists, and I hope others will follow in their footsteps as well.”

Madden concluded our interview with the following: “What it really boils down to is this: will we lie to our youth or will we tell them the truth? What I’m hoping to see as a result of the tweets is that teachers, as well as all other adults, will stop underestimating children. Kids are brilliant and they can think deeply, critically, and creatively. They have a beautiful sense of justice and injustice, and they have the capacity for great empathy. And they can handle a lot more than we give them credit for, including the often hard truths of our history.” 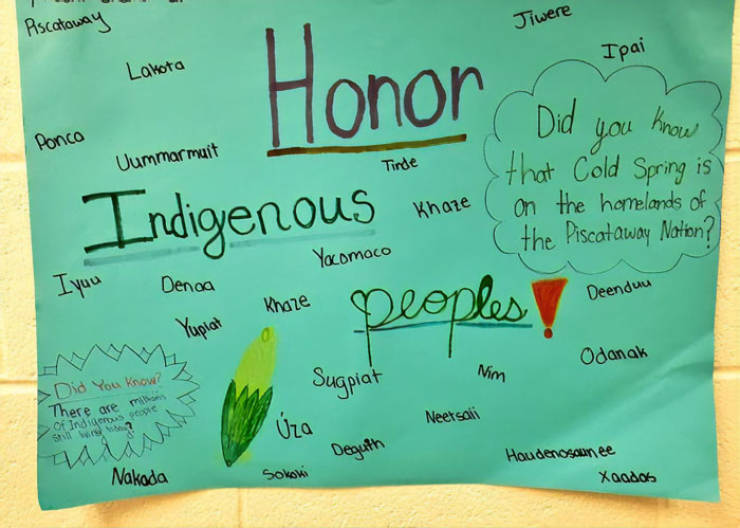 Other 6 month s ago
Antifa and historical revisionism must be vigorously condemned and opposed.
Reply
4

Gorgeous 6 month s ago
These morons should not be allowed to teach.
Reply
-1

Martial 6 month s ago
Really!? Morons, have you looked in the mirror? I have no faith in humanity. We have the ability to rise up and cast aside differences, but, like the troglodytes here we are destined to hate, name calling and opression. Yes, some things are over the top, however, can we not be better?

Tourist 6 month s ago
It's so funny. The teacher did some research and told the kids some well known facts, but those snowflakes in here can't take the truth.
Reply
6

Member 6 month s ago
If we reviewed the history of mankind, we would have to condemn all mankind. The whole evolution of human society was based on facts and people like that. Condemning people for doing what was expected of them at the time will not correct or improve anything. We must focus on having a more moral and ethically correct society (remember that these now condemned attitudes were morally correct at the time) that can make people better and not simply throw stones in the past without seeing how to do better in the future. I would like someone to report on the honorable teacher's ancestors, and if he has any not-so-good ancestors, he will come in front of the students and say, "My ancestors did that, too, and I condemn them for it. My current situation is This is because of them and for what they have done, I renounce my position and will live as I can without what they have provided me. " Let's see if it does or stays in "not quite", I (the teacher) speak but do not assume.
Reply
4

One 6 month s ago
Humans will always usurp, destroy or dominate. That is who we are, that is why we are the dominant specie. We better be the best because someday in the future we will meet another specie and if we cannot dominate them, they will enslave us or destroy us. Such is the way of the universe.
Reply
1

Party 6 month s ago
Everything Columbus did was appropriate for his time. He provided wealth and prosperity for the country that funded his expedition. His behavior was not acceptable by today's standards but, hey, live and learn right? Instead of persecuting him, we should simply acknowledge what he did (both good and bad) and try to learn from it all and be better today. In other words, we should impeach Trump and persecute him now before he disappears into history.
Reply
2

Condition 6 month s ago
All you fine young liberals/progressives/socialists/whatever-you-call-yourselves-this-week have been carefully taught that you're "thinking for yourselves" when you spout the Leftist party doctrine you've inhaled.

Haven 6 month s ago
ahh yes all of the negative because he's an evil white colonizer... but no research was done how the natives were also heathens destroying one another and the originals. or how the french took over or how we escaped the British overlords. etc etc. play to the narrative.
Reply
6